As a self-styled RuPaul’s Drag Race herstorian, one question I get a lot is: “How do I get my friend/lover/family member into Drag Race?” Or, less commonly, “How do I myself get into Drag Race?” It’s a seemingly simple question; just fire up an episode on iTunes or Amazon and go to town. But which episode? Is it best to watch a full season first, or scattered episodes? Is Untucked necessary, too? Should you start with something that honors the show’s history, like the season eight premiere “Keeping It 100,” or stick with the basics?

Over the years, I’ve refined a program of sorts for acquainting yourself with Drag Race for the first time. It’s a simple, five-episode regimen, designed to introduce you to the maximum amount of queens and give you the most payoff for your time. Keep in mind that these are meant to be watched in this specific order, and substitutions are not advised. Also note that, while a newbie will meet plenty of the All Stars 3 queens in this program, it’s not designed specifically for catching up ahead of that show’s Jan. 25 premiere, and is an evergreen system.

Show these to your Drag Race virgin loved one, and I can all but guarantee they’ll be sold by the end. It worked on my straight sportswriter friend; it’ll work for you, too. (All of these episodes are available on iTunes and Amazon; in non-U.S. areas, the seasons are often available on Netflix.) 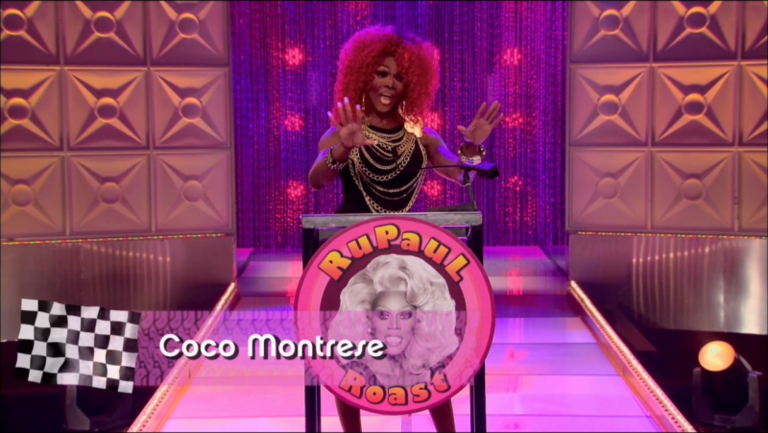 Why this episode? Season five’s roast of the Queen Mother herself is one of the series’ very best episodes. The top seven of the season Jinkx Monsoon, Alaska, Roxxxy Andrews, Detox, Coco Montrese, Alyssa Edwards, and Ivy Winters are the best crop the show has ever seen. Most of them turn in either truly great or iconically bad performances in the roast itself. Plus, you get the added bonus of the Reading Is Fundamental mini-challenge, which perfectly boils down the essence of Drag Race (if not drag itself) into a five-minute package.

Why in this order? First impressions are important, and a slower episode, or one with too few or too many queens, could be frustrating for a new viewer. “RuPaul Roast” has the exact right amount of contestants to get to know quickly, a thrilling lip sync, and two strong challenges. Plus, the tearjerker finale will give them the burst of positive emotion they may need after an episode of queens reading each other.

Do not substitute with: Season nine’s “RuPaul Roast,” which is a fine-but-ultimately-pale imitation of this one. If you absolutely have to substitute, you need to go with another top six-or-higher episode of season five.

Is Untucked necessary? Yes, because the breakdown in the episode’s final minutes makes more sense once you’ve seen what led up to it.

Key moment: The “Whip My Hair” lip sync is in this episode, so keep your eyes on Roxxxy.

Why this episode? Snatch Game, the show’s drag parody of Match Game that doubles as its celebrity impersonation challenge, is ingrained into the show’s herstory. It feels criminal to not include one installment in this crop. With stellar performances like Ginger Minj’s Adele and Kennedy Davenport’s rule-breaking, gender-bending Little Richard, it’s highly worth the time.

Why in this order? The next three all need to be in the exact places they’re in, so “Snatch Game” gets dropped here just to fill the spot. But it is important that this one follows season five’s entry, so Violet Chachki’s Alyssa Edwards impersonation makes sense.

Do not substitute with: Any Snatch Game except season six. Here’s the thing about Snatch Game, a beloved challenge that has every right to be considered legendary: Most of them are bad. Season eight’s is dull, season four’s is a disaster, season five’s is awkward (besides the top three’s genius work), etc. Season seven’s crew of queens, which had by-and-large been written off as mediocre by now, turned it out for this one, with over half the crew delivering pretty good-to-great performances. Season six also had a very good Snatch Game, but for reasons you’ll soon learn, I still wouldn’t advise it, because you’d miss out on meeting Ginger and Katya.

Is Untucked necessary? No, and the seasons seven through nine Untucked format is so different, it might give your newbie whiplash. I’d avoid.

Key moment: Not so much a “moment,” but basically everything Kennedy does on the Snatch Game stage is perfection.

Why this episode? I think “Here Comes the Bride,” more than any other single episode of Drag Race, encapsulates what’s best about the show. There’s a creative challenge makeover yourself as both bride and groom that plays with gender. There are stunning performances, especially from Sahara Davenport in the lip sync and Tyra Sanchez during the runway presentation. And there’s enough drama for your mama, with a tense judging session smackdown between Tyra and her fellow queens that’s worth the price of admission.

Why in this order? Season two, while perfect in many ways, did not have the budget or resources that modern seasons do. It looks much cheaper no Vaseline filter, a lá season one, but still grainy cinematography and budget production design. There’s charm in that, but I’ve found that new viewers can be turned off by the chintziness of it if it’s the first bit of Drag Race they see. So I’ve placed it smack dab in the middle of the program to avoid this problem.

Do not substitute with: Anything. For this program, you need to meet Tatianna, and this is the absolute best introduction to her.

Is Untucked necessary? Unquestionably. This is one of the legendary Untucked episodes, and for good reason. Tyra and Tatianna’s entire fight is quotable.

Key moment: When RuPaul asks Tatianna if there’s anything the judges aren’t seeing, strap in. 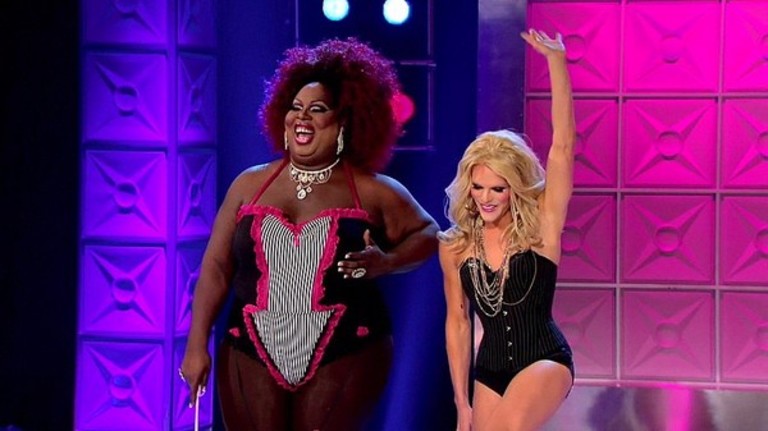 Why this episode? The challenge itself is fun rivals forced to perform songs together and the top six queens are great. But it’s the shock boot that makes “Frenemies” worth seeing. (And I’m not talking about Willam booting at the back of the stage, either.) The fewer spoilers, the better, so I’ll err on the side of fewer details. Suffice it to say we’ve never seen anything like “Frenemies” since.

Why in this order? You need the freshest possible impression of Phi Phi O’Hara as you head into the final course. Second-to-last is the prime position.

Do not substitute with: Any season beyond four. Again, you really need to meet Phi Phi.

Is Untucked necessary? Honestly? Not really. It does feature a little background into what happens with Willam, and one of her greatest line deliveries, but ultimately it’s a lot of vague references to something shady. You can skip it if you’re eager to get to the end.

Fifth Course: “Revenge of the Queens,” All Stars season 2

Why this episode? It’s the single best episode of RuPaul’s Drag Race. There’s little more delicious than watching all the season’s eliminated queens fight for their spot back in the competition. But more than that, it’s an exemplar of the craft that goes into the show. The casting is on point. The challenge design is smart, even when it needs to get a little complicated (necessitated by Adore Delano quitting, leaving Ru with an uneven number of queens for a team challenge). The editing is flawless, with the returning queens’ triumph coinciding with the season’s villain’s downfall. And the lip sync for your life format is peerless in terms of reality show eliminations. The lip sync in this episode, in particular, is one of the best of all time.

Why in this order? Every episode before this has been chosen because of how it leads into this. Season five’s introduces you to the bulk of the cast. Season seven’s gives you Ginger and Katya. Season two’s brought Tatianna, while season four’s perfectly summed up Phi Phi’s villain schtick. You watched those to get here, and this is your grand reward.

Do not substitute with: Anything. You can’t replace perfection.

Is Untucked necessary? Didn’t exist this season, so you’re good.

Key moment: The whole episode is a key moment, from Alyssa and Phi Phi’s confrontation, to the challenge performances themselves, to the final lip sync. This is RuPaul’s masterpiece, and with luck, it’ll be what finally convinces your loved one to become a Drag Race fanatic.