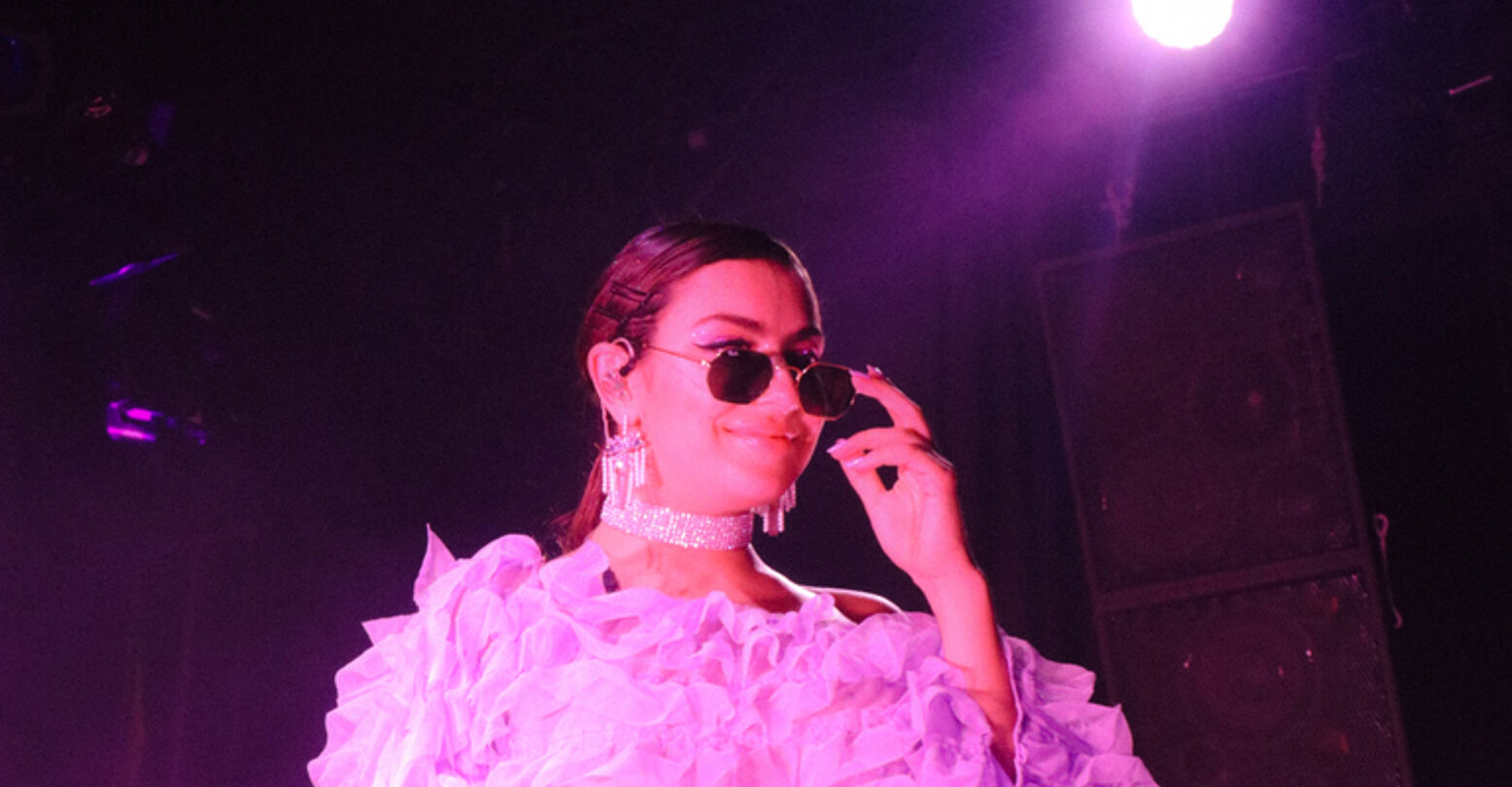 The night opened with an intro by XCX producer and P.C. Music founder A.G. Cook, who remained on turntables for the duration of the show. Followed by ‘Out Of My Head’ sung by Tove Lo together with XCX, and then Tove Lo’s own ‘Disco Tits,’ making for a perfect high energy start to the first of two Pop 2 show dates. 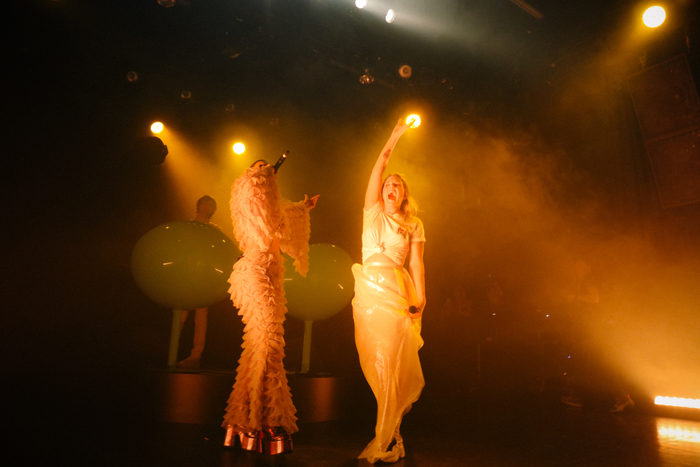 After Tove Lo’s exit, came ‘Lucky’: an angsty solo about gender ambiguous heartbreak and one of only two solo’s out of the ten tracks on Pop 2.

That Charli XCX uttered the words, “Do you ever feel guilt for what you’ve done?” while wearing a two piece ruffle tool crop set from Adriana Sahar’s 2018 Global Warming collection is far from lost on me.

The bubblegum pop song ‘Femmebot’ introduced Dorian Electra and Mykki Blanco to the crowd of eager angelenos. With two gender ambiguous “femmebots” in tow, Mykki Blanco called out to the crowd, “Where my queers at?”

Blanco also performed ‘Loner,’ a song that represents the stake they claim in the pop music landscape as an ambitious and successful departure from their usual repertoire of queer rap. 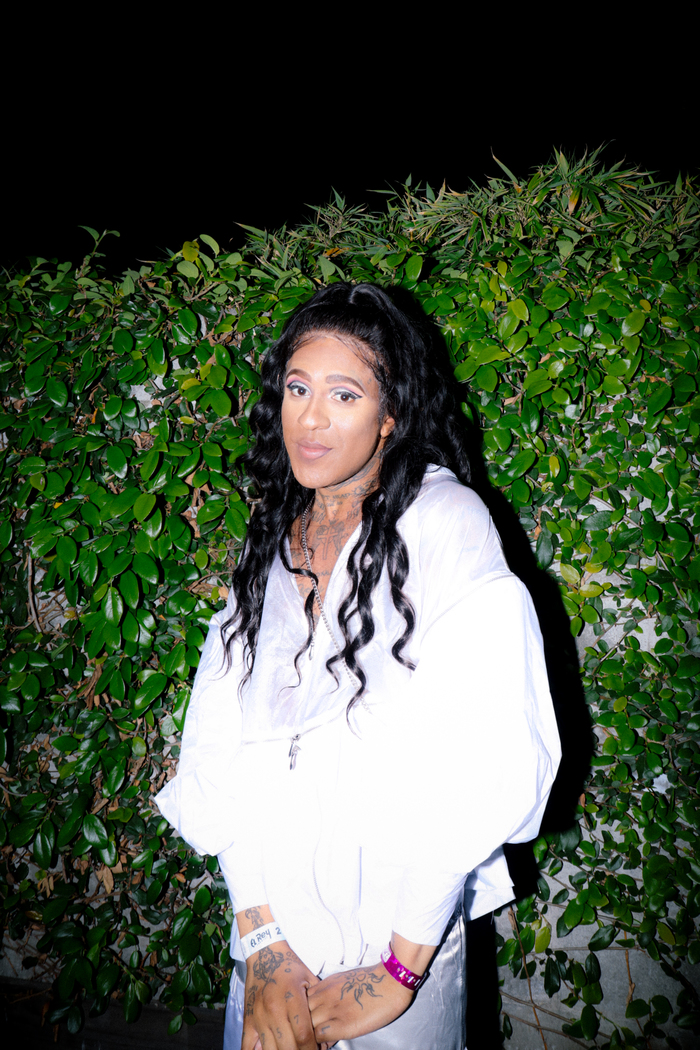 Mykki Blanco Backstage in No Sesso

Then came a HI-NRG rework of the hyperpop song ‘Unlock It,’ ‘3AM Pull Up’ followed by the “I Got It” collaboration with Brooke Candy who joined XCX on stage.

Vocals belonging to Brazilian drag royalty Pabllo Vittar along with bars from rapper CupcakKe, also featured on the track, beamed in from the sky and enveloped fans while Candy and XCX playfully skipped around in circles on stage.

Backstage, a very determined ABRA momentarily broke her focus to pose for a photo seconds before she went on stage to perform her Number 1 Angel collab ‘Drugs.’ Her energy as I interpret it in the moment was that of someone who was eager to perform; to share her gift.

Shortly after, I ran into Carly Rae Jepsen, who was there to perform ‘Backseat,’ the first song you hear when listening to Pop 2. 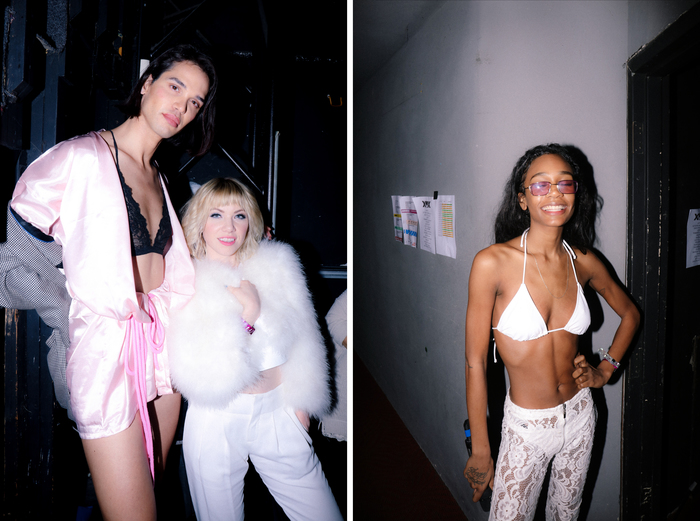 Another special guest in town to support XCX was personal heroCaroline Polacheck: best known for being in the band Chairlift, for writing and producing Beyoncé’s ‘No Angel,’ and for a multitude of songwriting credits and tasteful collaborations.

A heavenly cloud of rosewater mist trailed behind her as she made her way back to the main stage from the green room. 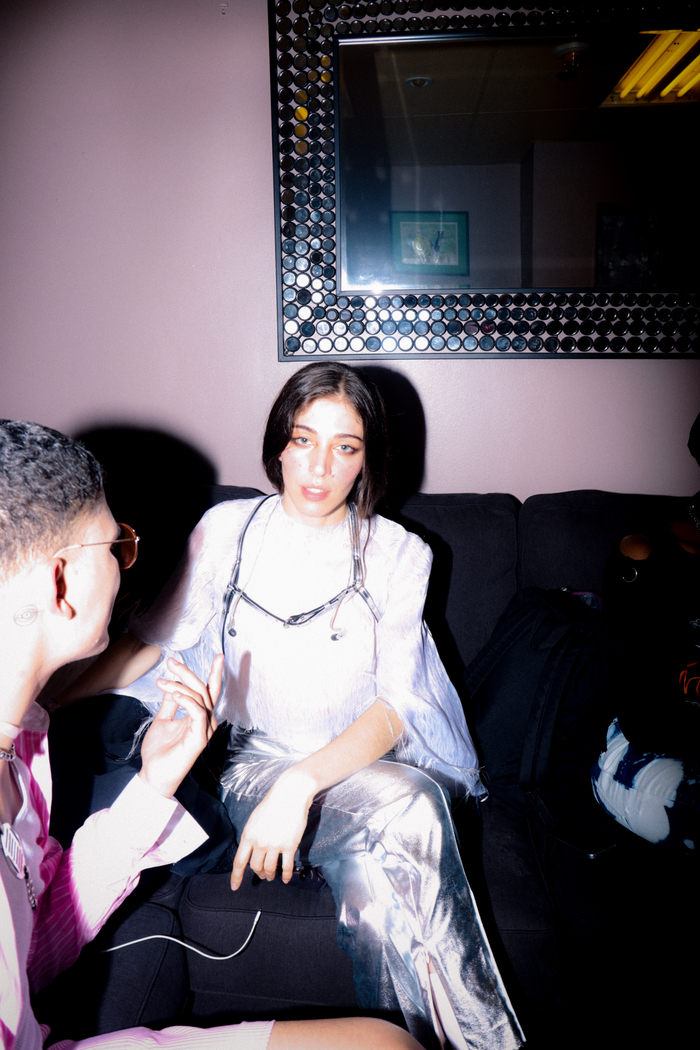 The Pop 2 show concluded with an ensemble of queer “boys” equipped with pink roses and whips storming the stage for tracks Lipgloss and Boys, of which included such nonbinary legends as Tzef Montana and Saturn Rising.

From the diverse crowd of fans, to the femmebots, to Charli’s “boys,” there were three common themes I noticed being celebrated that could be claimed as the spirit of Pop 2: pop music, camaraderie between talented women thriving in the same industry, and queerness.

See more photos from backstage and the afterparty below by Navi. 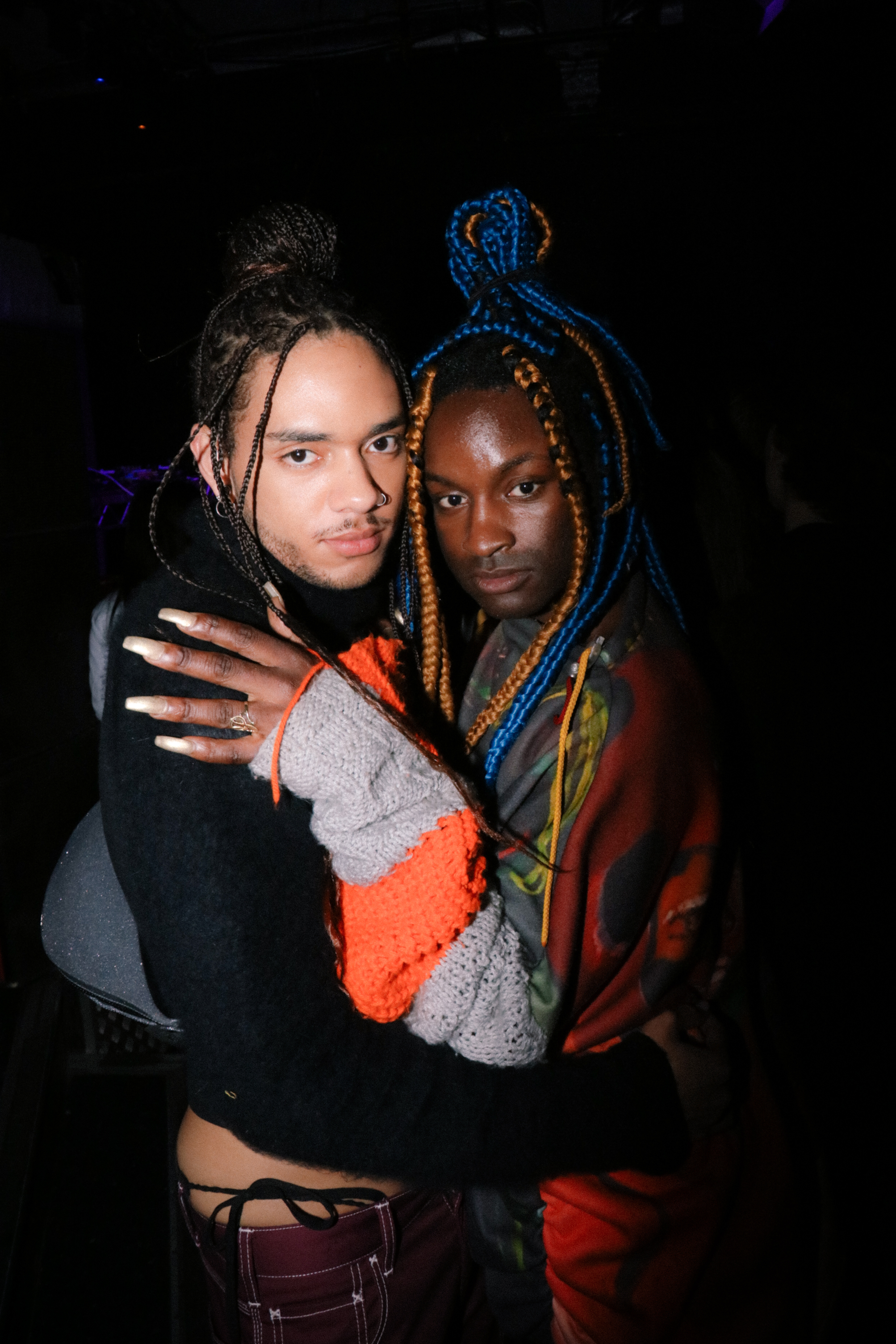 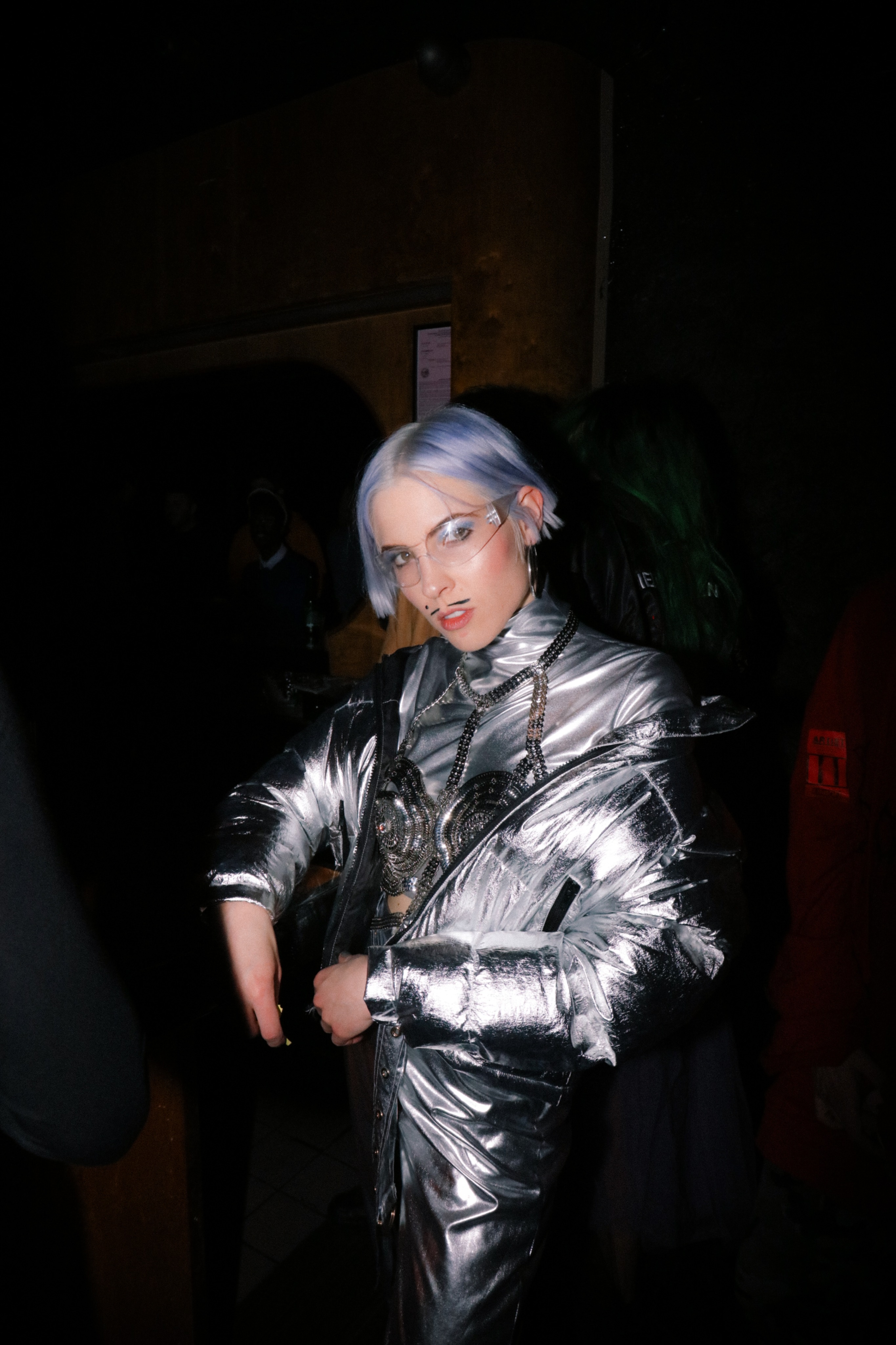 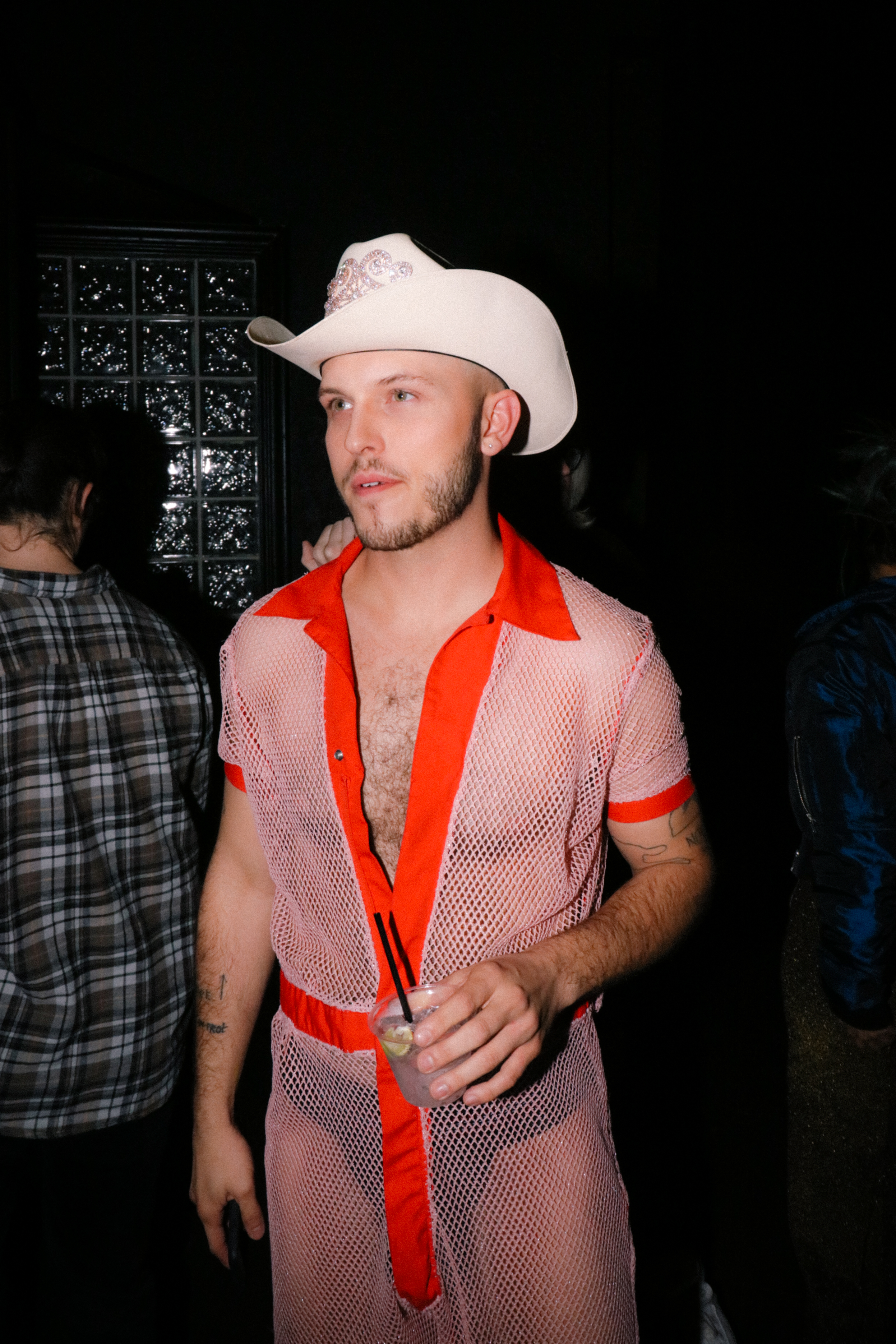 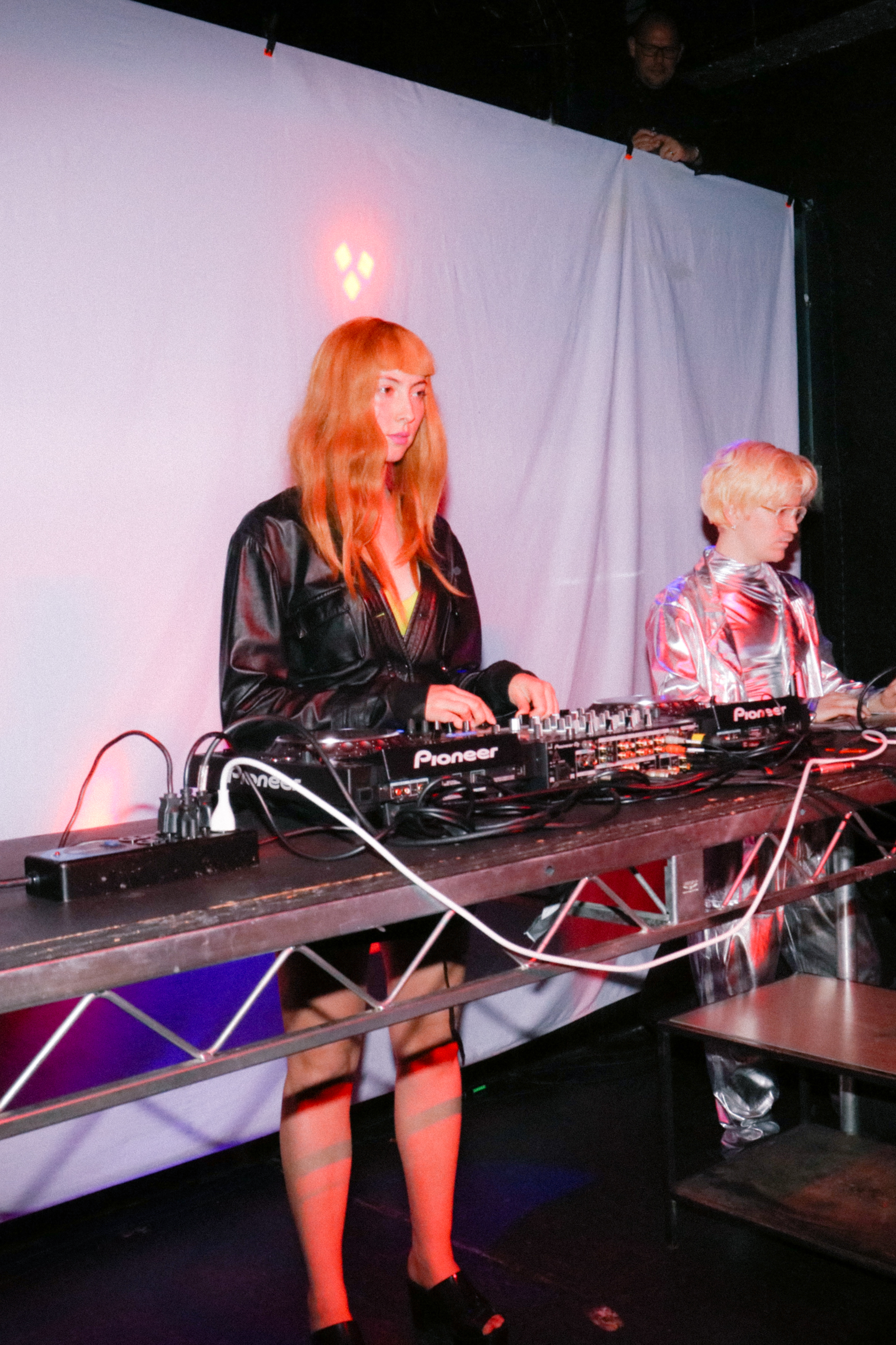 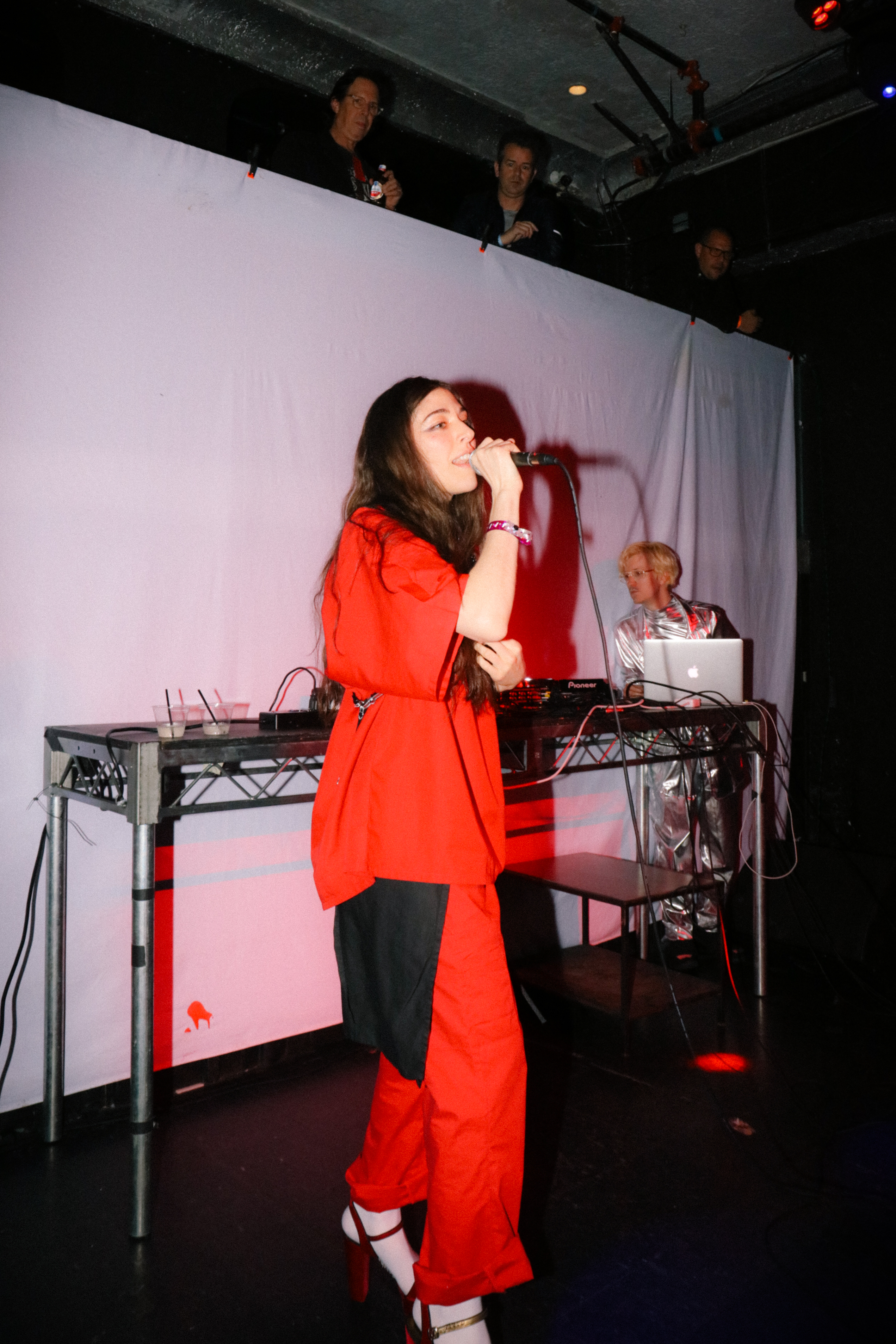 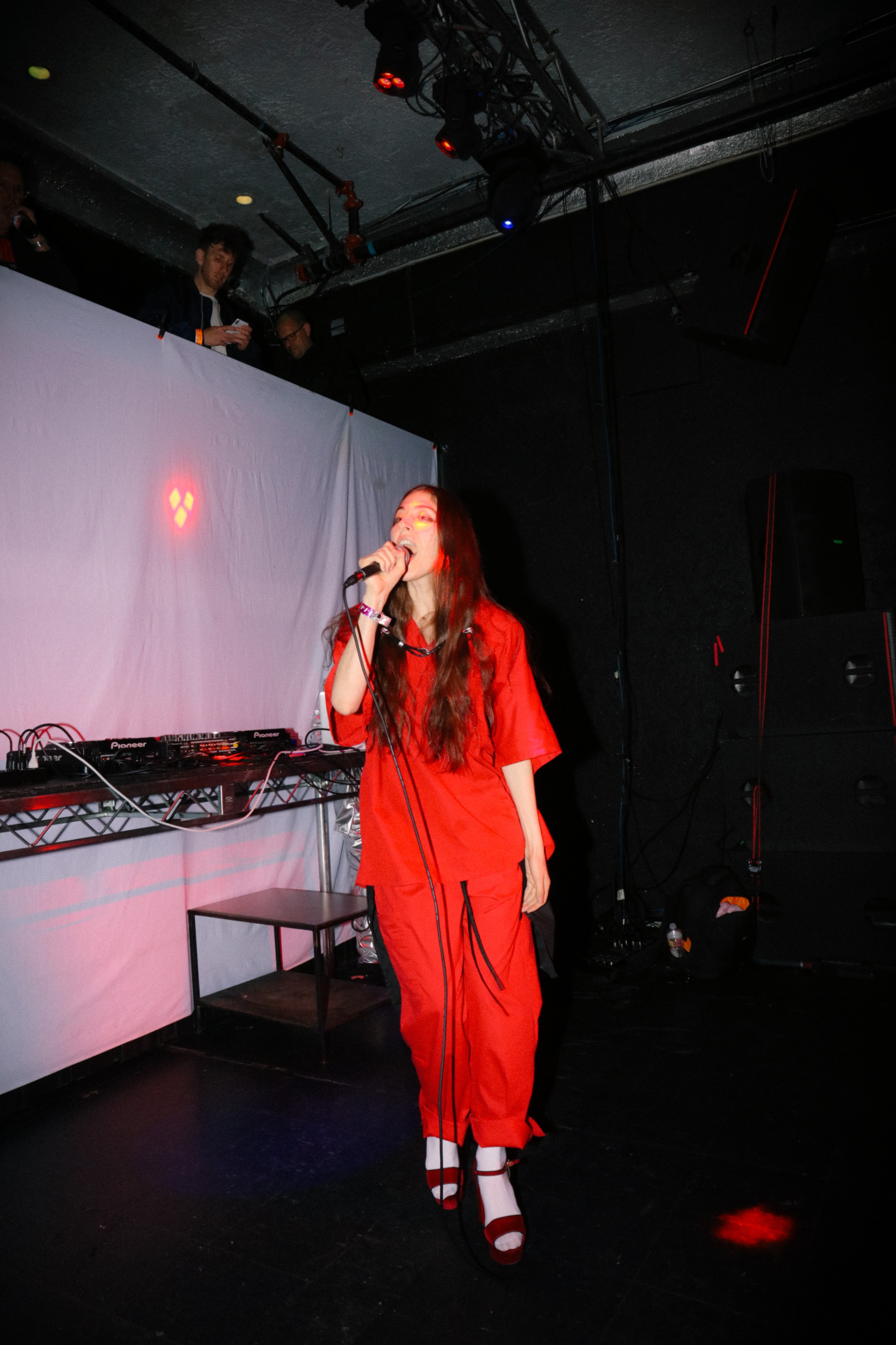 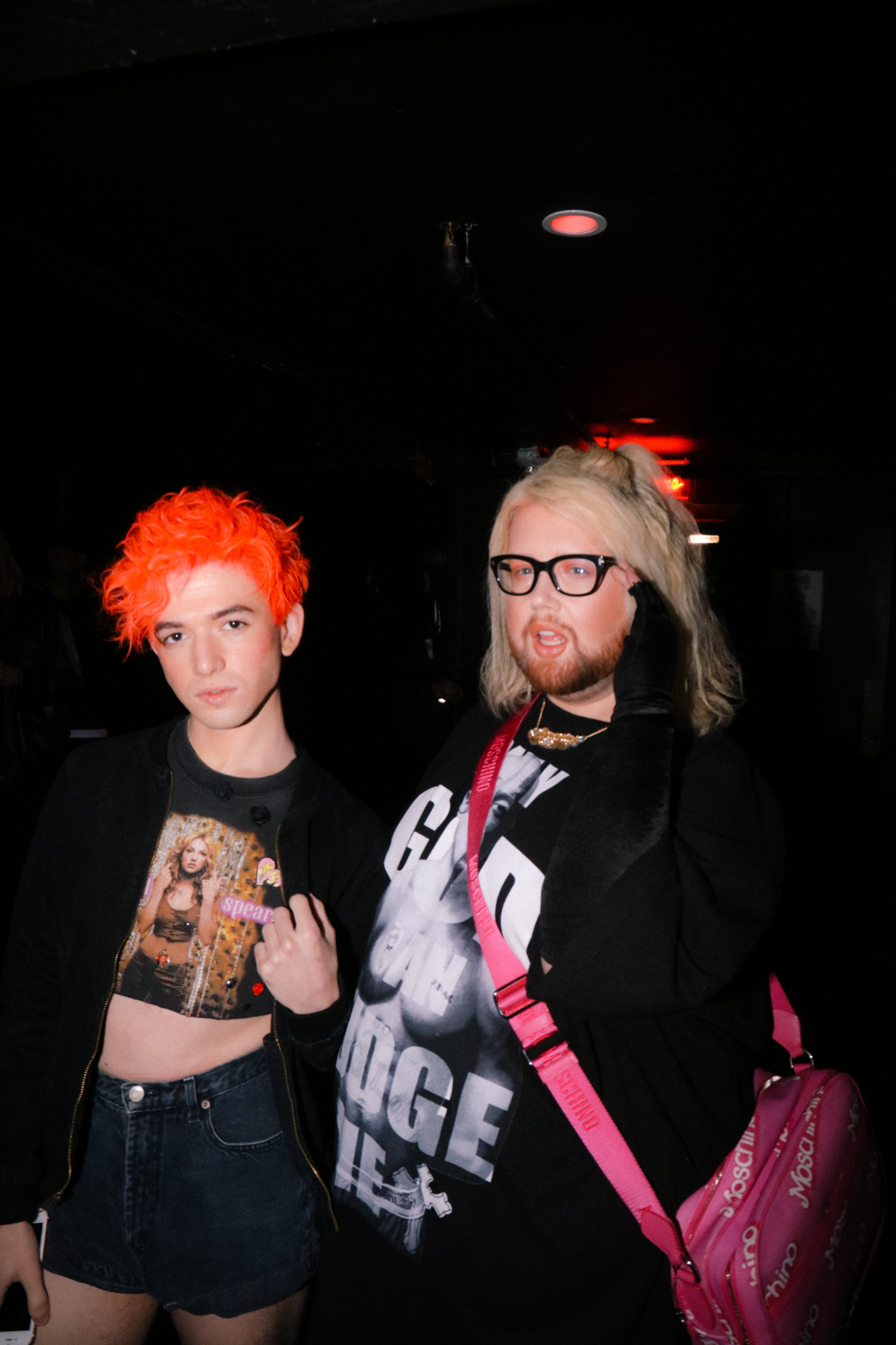 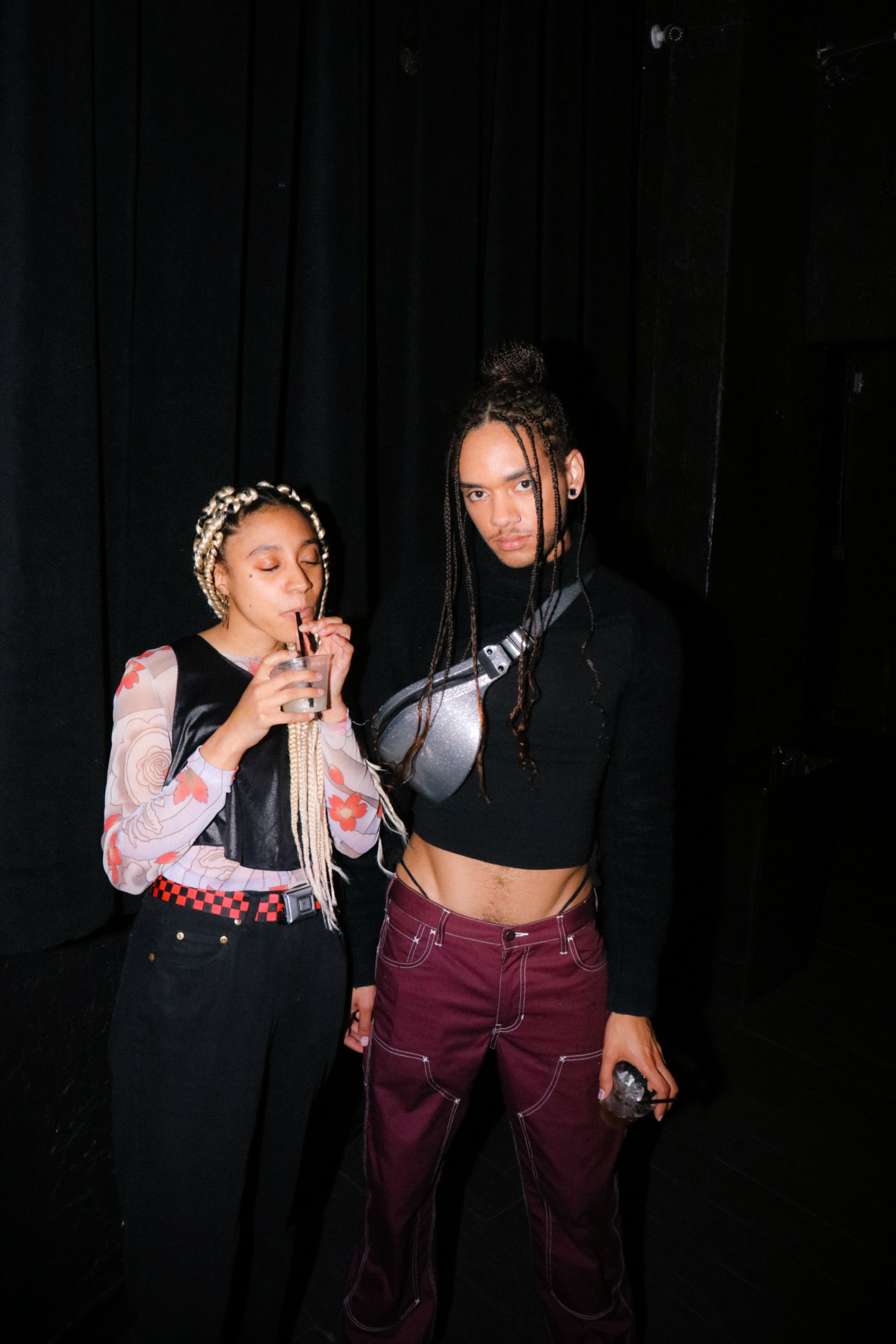 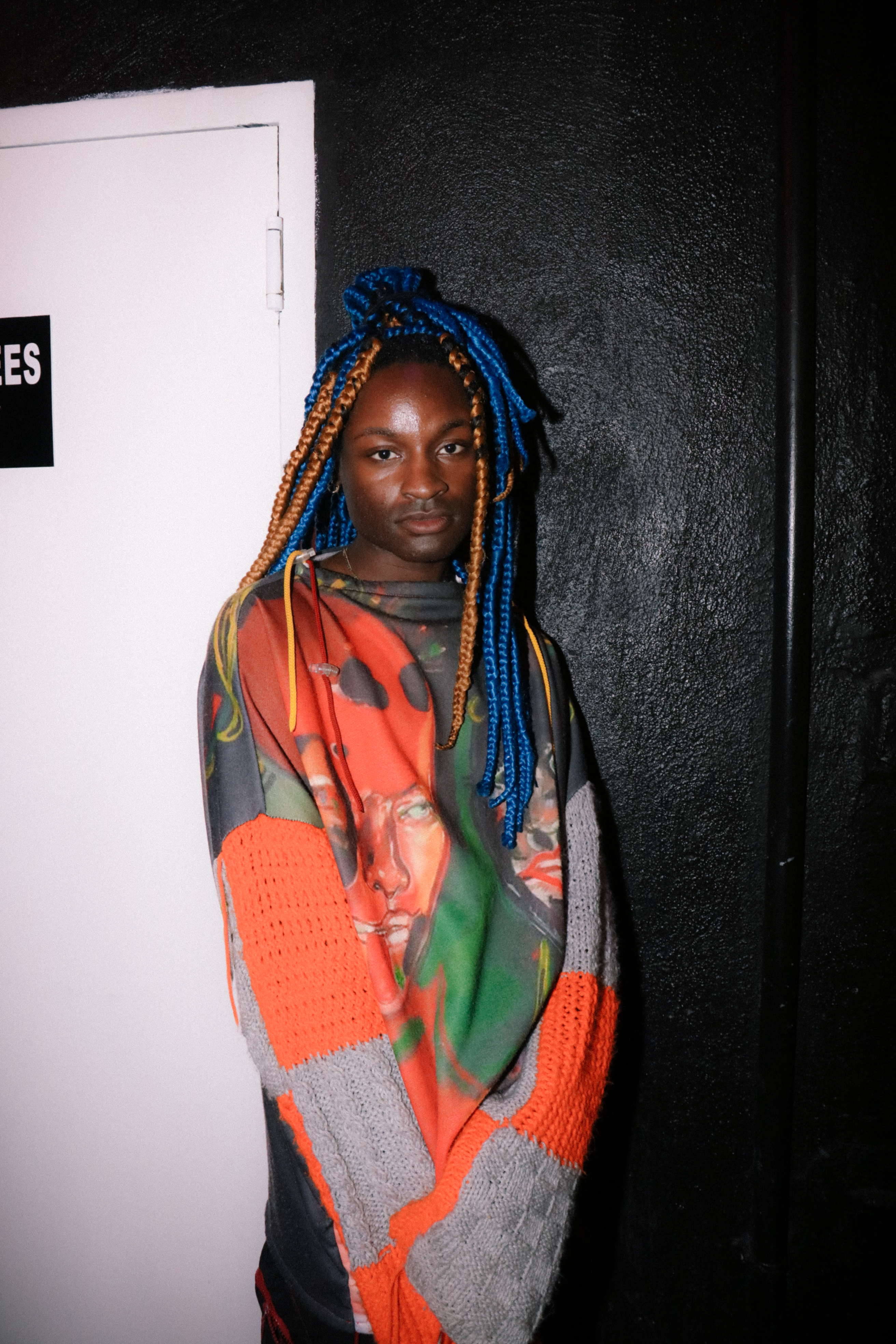 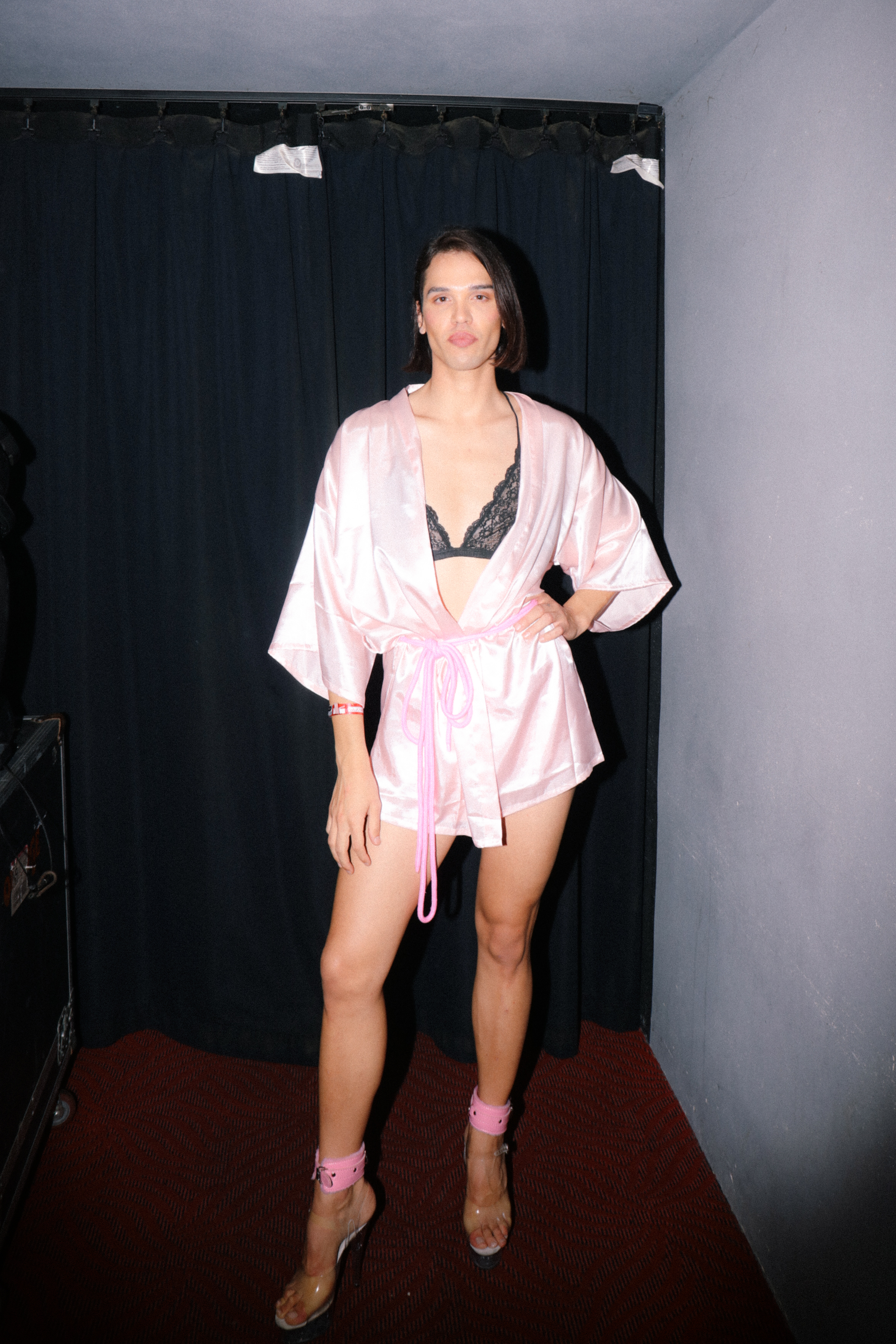 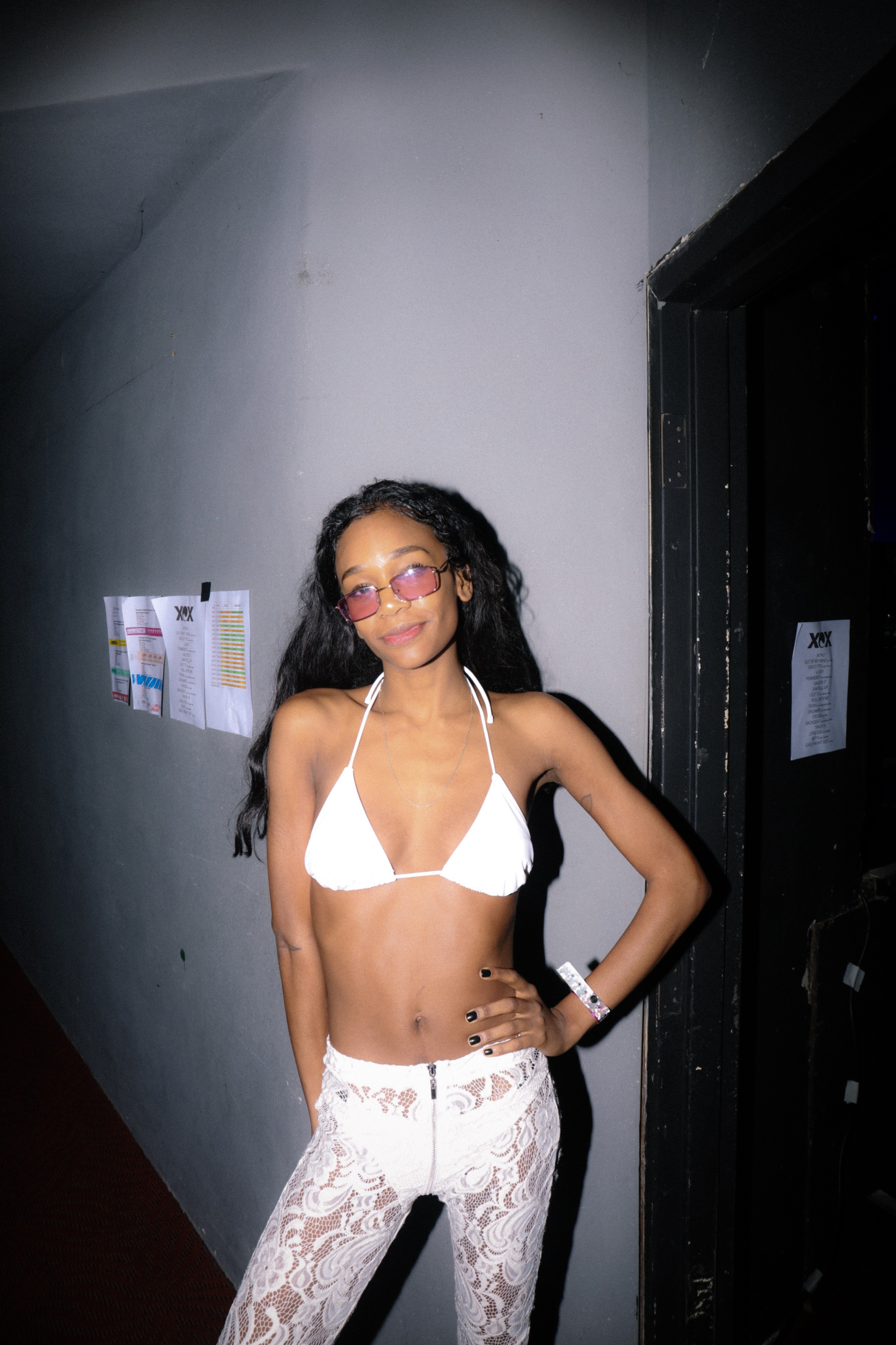 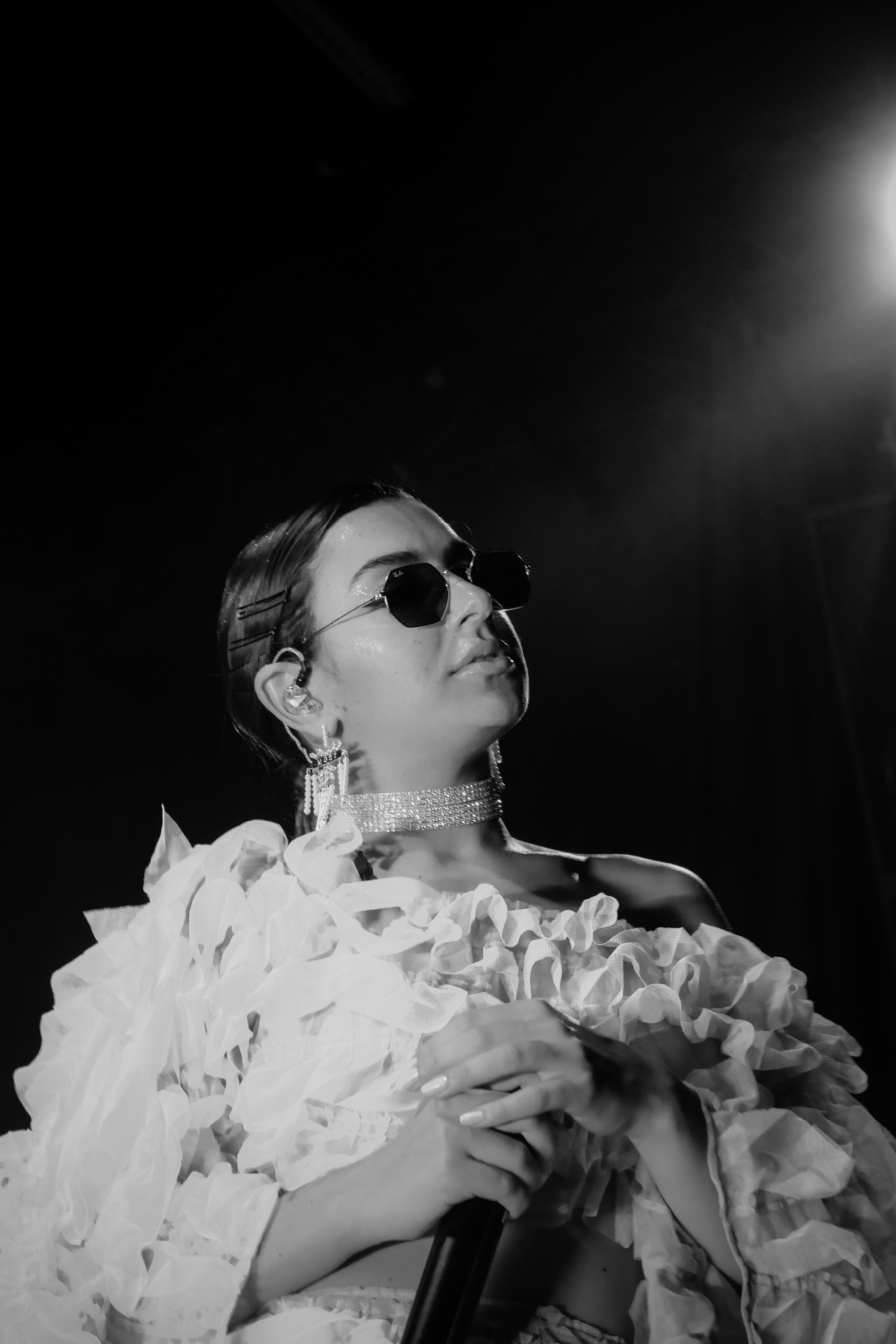 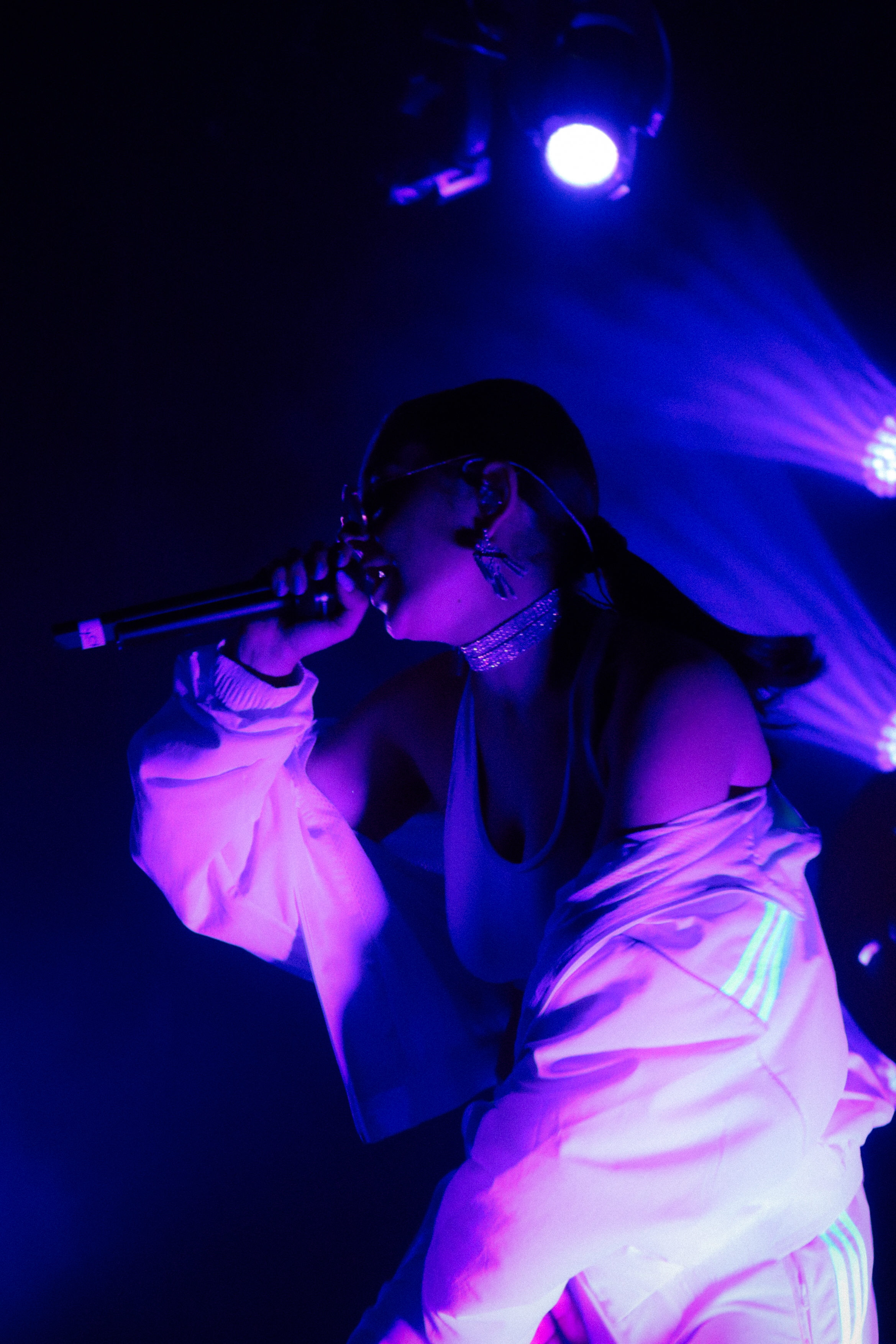 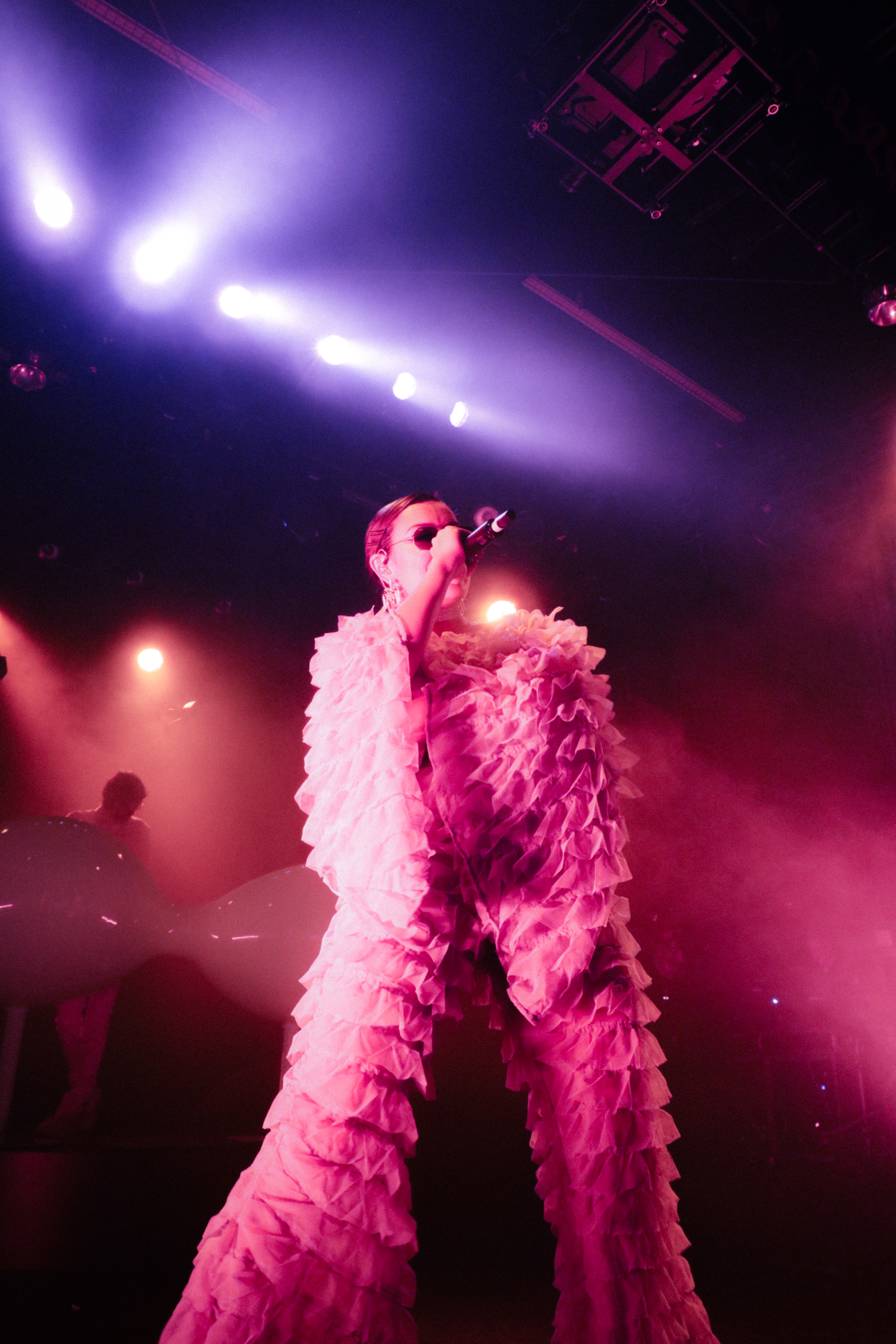