Those haunting three words are at the core of Leelah’s Highway, a documentary short which premiered at last month’s Cindependent Film Festival. The 24-minute film chronicles the life and death of Leelah Alcorn, a teen who took her own life in December 2014 after coming out to her family as trans.

Her final note, which forms the spine of Leelah’s Highway, is eerily prescient four years later.

“My death needs to be counted in the number of transgender people who commit suicide this year,” Alcorn wrote, a plea which is narrated in voiceover throughout the film. “I want someone to look at that number and say ‘that’s fucked up’ and fix it.”

When she read the letter, Canadian filmmaker Elizabeth Littlejohn heard it as a call to action.

“This is a very rare documentary [in which] a person actually requested that it be made—that her death was to mean something,” Littlejohn told INTO over the phone from her home in Ontario. “It was a very explicit request.”

What resonated with Littlejohn, a professor at Sheridan College in greater Toronto, is the isolation that Alcorn felt before her death. Although she was accepted by peers at school, Alcorn’s parents forced her into conversion therapy — the discredited practice of attempting to “cure” the gender identity or sexual orientation of LGBTQ youth.

In addition, her devout Christian family took her out of public school, while confiscating her phone and laptop. Social media, a lifeline for many trans teens, was forbidden.

Alcorn’s parents don’t appear in the documentary. Instead the short features interviews with friends and LGBTQ community members in Kings Mill, Ohio — the greater Cincinnati suburb where Alcorn lived until her death.

The most affecting of these segments is the one from which the documentary takes its title.

Four times a year a volunteer crew cleans up trash near the interchange of Interstate 71-South and Ohio State Route 48 — the site where Alcorn lost her life. In November 2015, it was announced the stretch of road would be memorialized for Alcorn under the national Adopt-a-Highway program. 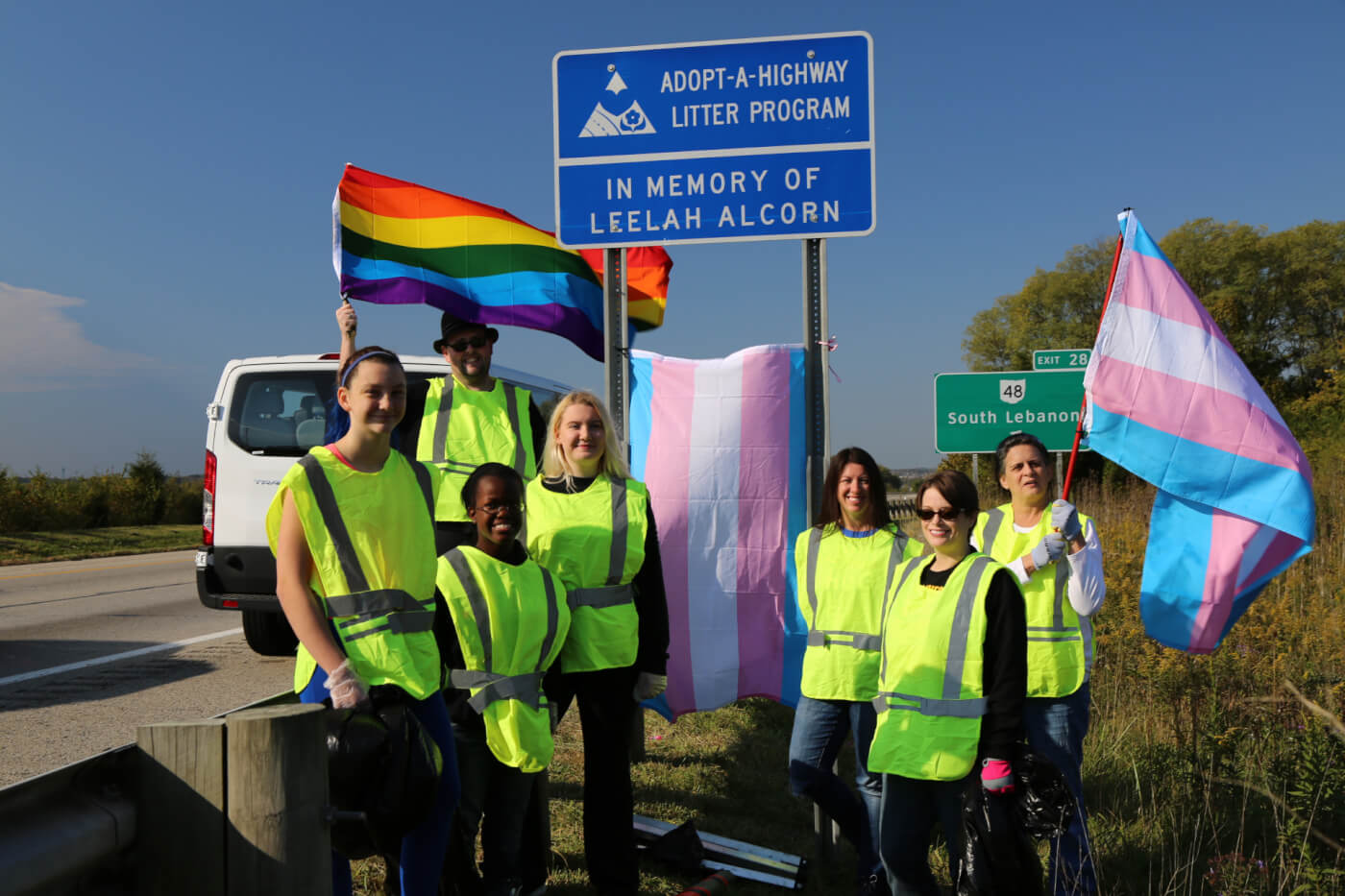 Chris Fortin, who grew up in the area and went to the same high school as Alcorn, took that route to work in the morning. He said he saw a sign pop up that someone had made by hand.

Fortin called the tribute “beautiful” but said the wind had taken it down the next day. He wanted something permanent to replace it.

When Fortin started the project a year and a half ago, he figured the message would resonate with locals who remembered the story. He claimed volunteers are met with supportive honks by passersby when they visit the site for clean-up. But he did not expect the highway project to garner national attention.

“It has meant to me that I can do something,” Fortin said through tears over the phone. “I don’t know how else to say it. It means the world.”

The subjects and filmmakers hope the message of Leelah’s Highway will continue to reverberate. When the documentary short screened at the Woodward Theater in Cincinnati on Aug. 24, Fortin claimed there “wasn’t a dry eye in the house.”

“You could hear a pin drop,” he said.

After the screening, Littlejohn said a group of trans youth circled around her to thank her. The director told them that she made the documentary for them — to help prevent other transgender teens from experiencing the same trauma Alcorn did.

“This documentary is to decrease social isolation, increase acceptance, and be distributed so that younger generation has a voice,” Littlejohn claimed. “They recognized the voice as based upon Leelah’s letter. It was really highlighting and focusing on her demands and her requests.”

Although Littlejohn will be submitting Leelah’s Highway to other film festivals, she ultimately hopes the film will be adopted as a teaching tool in classrooms.

These are frightening times,” she claimed, referencing the rollback of LGBTQ rights under the Trump administration. “If we don’t encourage discussion for support and love in schools, there are going to come worse times.”