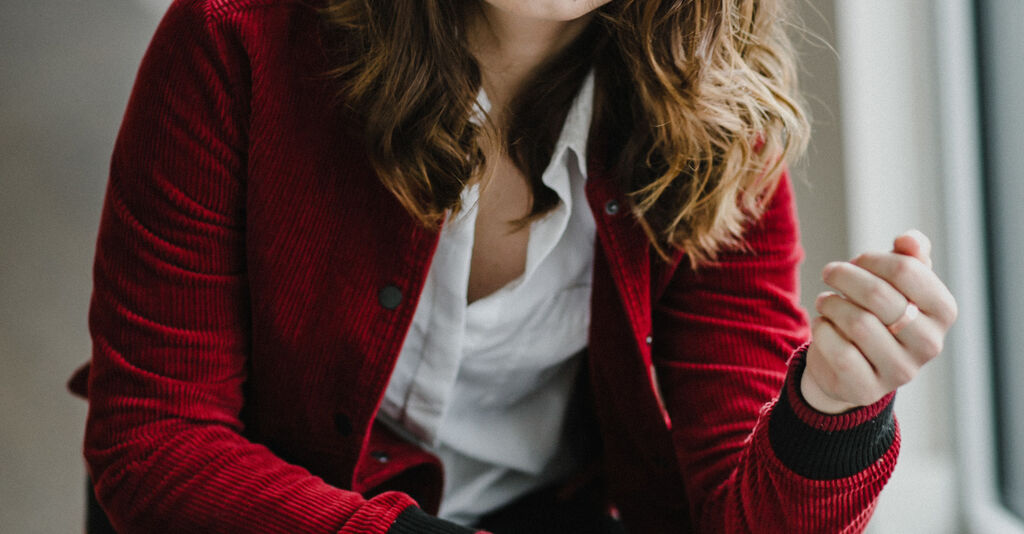 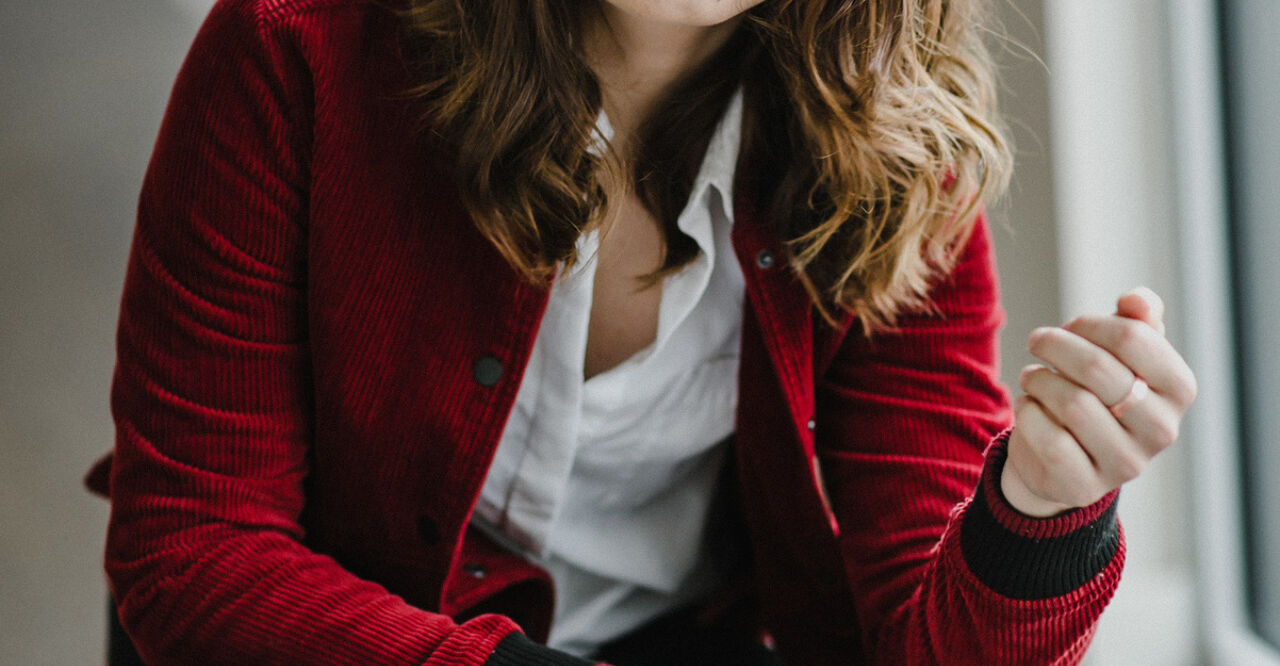 Canadian television is yet again giving us intriguing queer female characters. This time the show to thank is Mary Kills People, a drama series starring Caroline Dhavernas (Wonderfalls, Hannibal) that sees its lead character, Dr. Mary Harris, moonlighting as an assisted suicide provider in a world where that’s very much illegal.

The serieswill air its Season 2 finale airing on Global TV tonight, with U.S. viewers getting a Season 2 premiere onLifetime next month. (That being said, spoilers for U.S. viewers ahead.)

“She’s in the middle of figuring out who she is, and in the midst of all this she’s caught up in her mom’s confusing world,” Winter tells INTO.

In the show’s first season, that journey of self-discovery had to do with figuring out her sexuality and her feelings for her manipulative best friend, Naomi (Katie Douglas).

“Season 1 was kind of a push-pull relationship of Naomi luring Jess in,” says Winter. “Because of that Jess ended up getting really hurt when she found out for Naomi it was just a game. It hardened her a little bit and made her even more careful about who she gives her feelings to.”

And yet, in Season 2 she gives her heart away again, but this time her love interest is a very different type of girl–Heather.

“Heather is completely different from Naomi. She is grounded, she is very sure of herself. She supports people,” says Winter. “In contrast to Naomi, this is a whole new ballgame.”

But although she thinks Heather (played by Karena Evans) is a positive force in Jess’ life, Winter isn’t ruling out the possibility of Jess and Naomi making another go at it.

“They have a really, really interesting relationship, and I think it is possible that Naomi has real romantic feelings for Jess,” she says. “It’s definitely possible that down the road they could end up together.”

“It’s helped Jess feel more comfortable in herself. It’s helped her feel seen. Because I think this is the first person who wants to know what’s in her head and wants to know how she’s really feeling. And I don’t think she’s ever felt that way, especially not with Naomi, not with her mom.”

It always comes back to her mom, Mary. In the first season, we already saw that the relationship between the two is strained. By the second, this is one of the storylines that dominates the show.

Mary’s kept Jess and her younger daughter in the dark about her side job for their own protection, but all Jess has noticed is a secretive, distant and unreliable mother. It therefore perhaps comes as no surprise that we never really got a mother-daughter coming out scene (in Season 1, Jess does tell Mary she’s in love with Naomi, but there’s not much more beyond that). 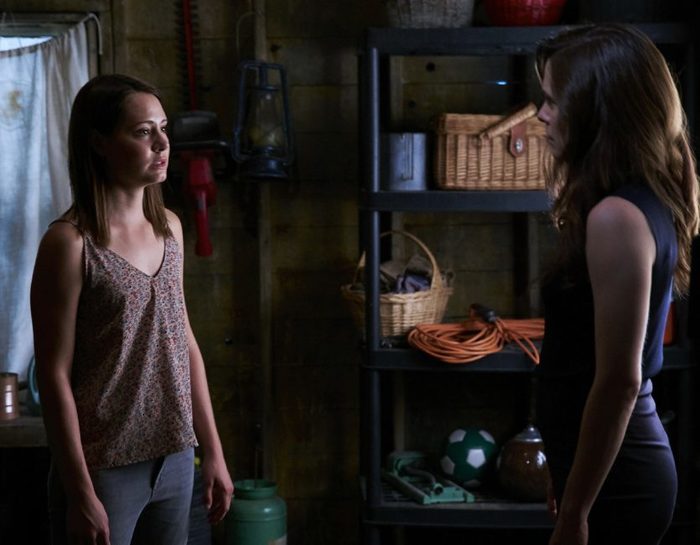 “Mary probably always knew, and Jess also probably knows that her mom knew,” Winter says. “I think because the relationship between them is so strained, it feels more appropriate that Jess wasn’t able to muster the words to say. What’s interesting about it is that you get a glimpse into how these two characters probably had a very deep connection beforehand and that’s why Mary does know this about Jess, but it’s just unraveled to the point now where they’re so far away from each other.”

But does Winter think the strained relationship has affected Jess’ development as a queer teen growing into her true self?

“It probably delayed Jess from coming out sooner and probably also less confidently so,” she says. “I don’t think that Jess is ashamed at all, but I think that it’s an aspect of her life that hasn’t fully been incorporated into her as a whole person yet because she lacks this really crucial support in her life.”

Fortunately, Mary’s sister, Nicole (Charlotte Sullivan), has stepped in as an almost surrogate mom for Jess this season. Nicole is attentive, calls Jess out on her crap and overall just treats her like an equal. She’s also very much the fun aunt.

“It’s a very important relationship for Jess to have right now,” Winter says.

“I have chatted with them both a little bit about it,” says Winter, who is playing queer onscreen for the first time. “The thing across the board is how much of a privilege it is to be able to have that kind of support. It’s a very rare thing to be able to have and it’s a very special thing, and it’s something that I personally find an honor.”

With the Season 2 finale of Mary Kills People airing in Canada tonight, the conversation naturally turned to spoilers.

“All I can say is she’s getting so close to figuring out what her mom does on the side,” Winter says. “It’s all going to come to a head. It’s going to result in some severed relationships, for sure.” 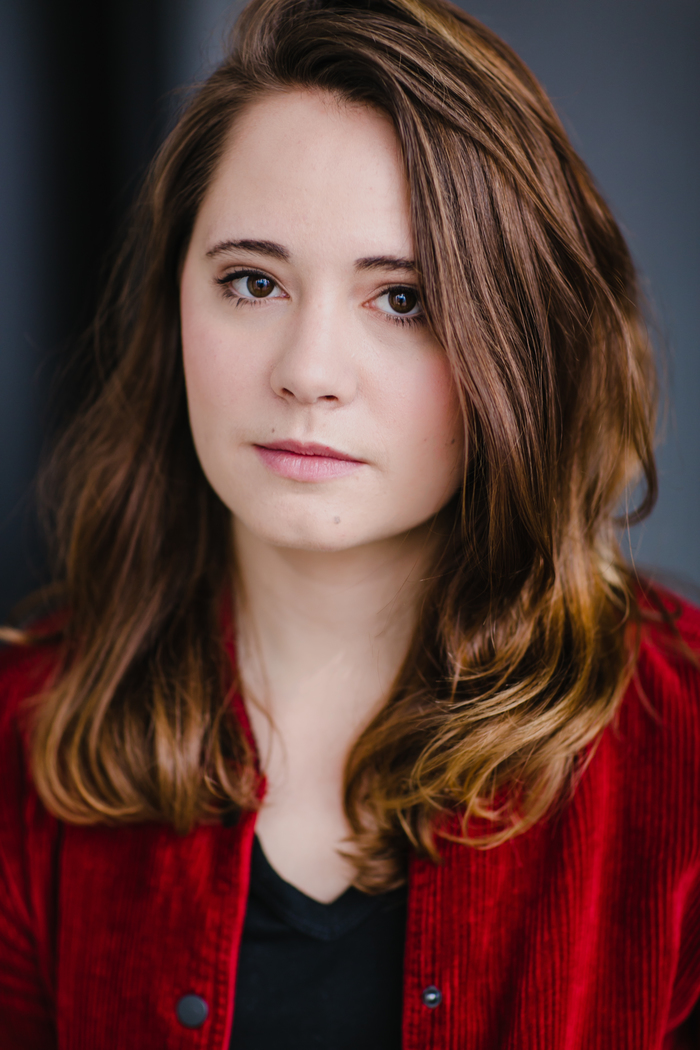 As for the incriminating flash drive fans of the show know Naomi still has: “Keep your eyes on that USB. It will definitely have an appearance.”

And while she doesn’t know if the network or the creative team behind Mary Kills People have plans for a Season 3, she says she’s on board for a third. In her own words, this upcoming season finale certainly doesn’t discourage the idea.

“It definitely ends in a way,” she says, “that the door is open to the story continuing.”