Chechen leader Ramzan Kadyrov confirmed the musician’s death in a Jan. 18 meeting broadcast on the state-run propaganda network Grozny TV but denied responsibility. Instead Kadyrov claimed Bakaev was slain by members of his own family in an honor killing.

“His family couldn’t stop him and then called him back home, and his brothers, it seems, accused him of being [gay],” he alleged, calling on Bakaev’s family to come clean.

But that explanation conflicts with the facts of his disappearance, critics say.

The 25-year-old was last seen in the Chechen capital of Grozny on Aug. 8, en route to his sister’s wedding. Witnesses claim he was pulled into an unidentified vehicle. Since Bakaev’s sudden disappearance, his family has been fiercely lobbying for his return. His mother filed a complaint to plead for assistance from the Kadyrov regime.

Voices 4, a New York-based activist group, is calling for answers and accountability nearly a year after the crackdown began.

David Sabshon, a founding member of the group, blasted widespread inaction from both Russian and American authorities in a speech delivered to the estimated 80 to 100 people who huddled outside the historic Stonewall Inn in the freezing cold.

“In September, the American human rights organization Human Rights First urged the U.S. State Department to intervene with the Russian authorities about Zelim’s disappearance,” Sabshon said. “The Chechen Ministry of Internal Affairs refused to open a criminal investigation into the disappearance of Zelim.”

“Zelim’s murder is an outrage,” Shabson added. “And there are so many more victims whose names and stories we will never know. Tonight we are gathered in sadness and in anger. But it is so crucial, now more than ever, that we harness those feelings into direct action.” 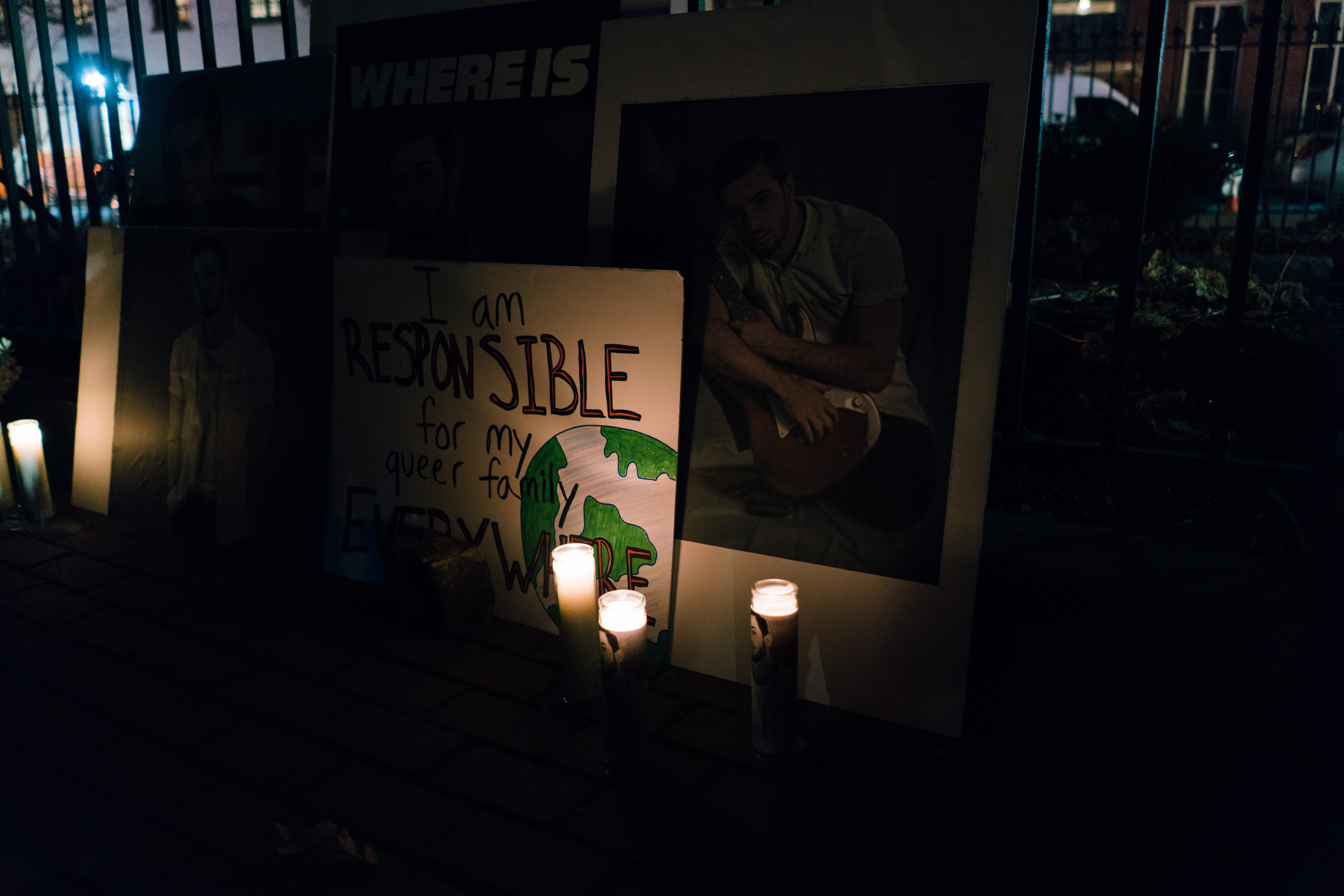 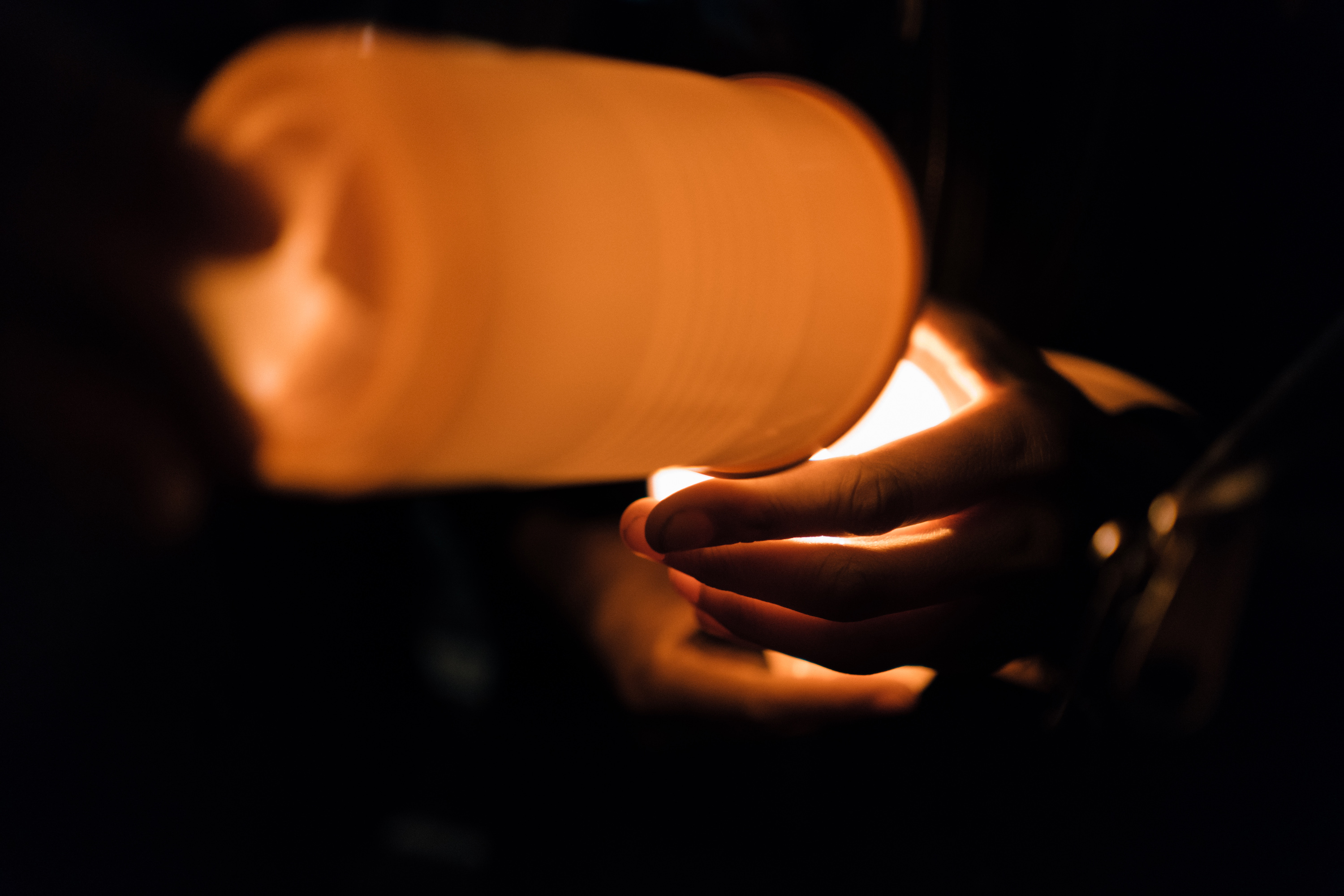 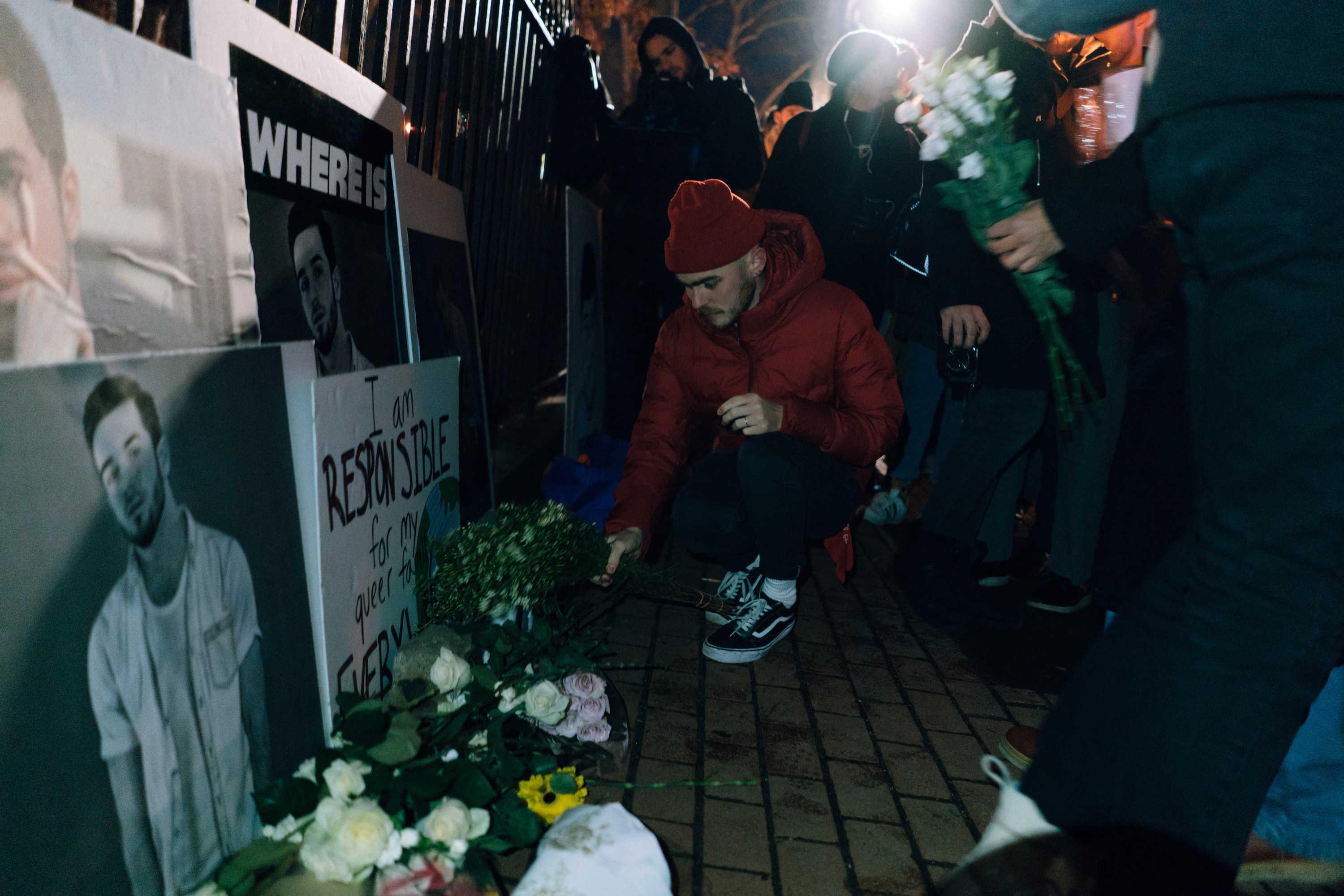 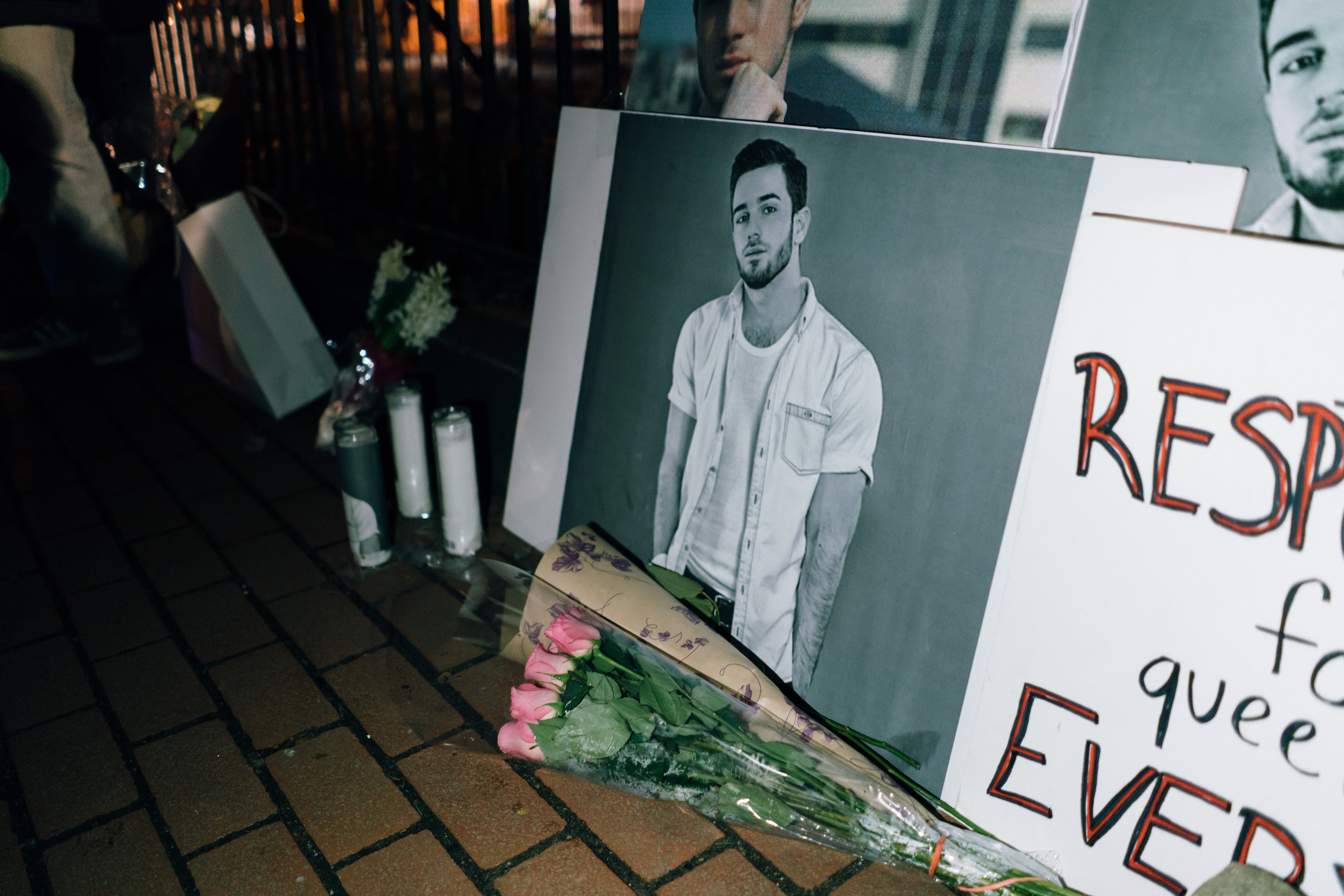 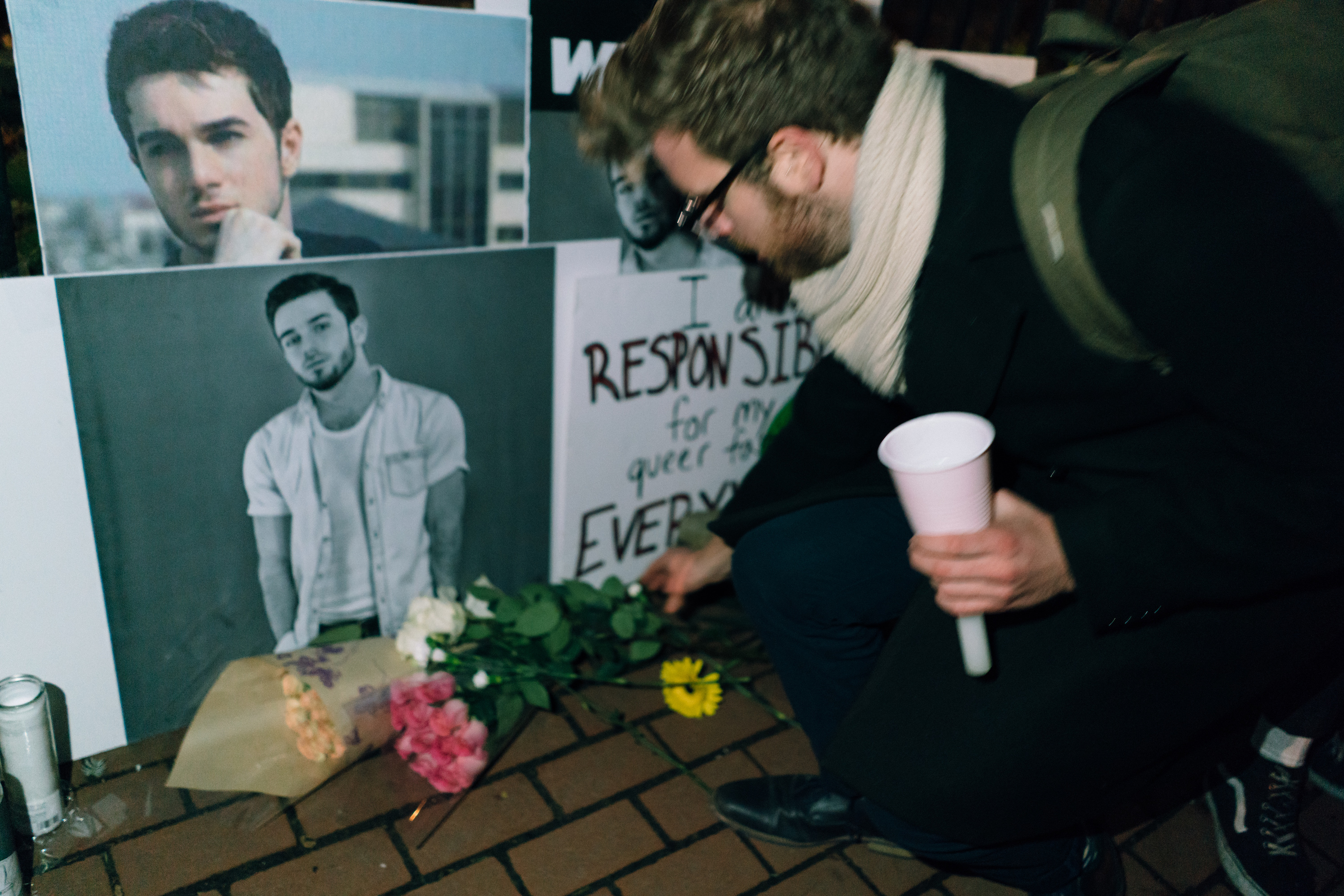 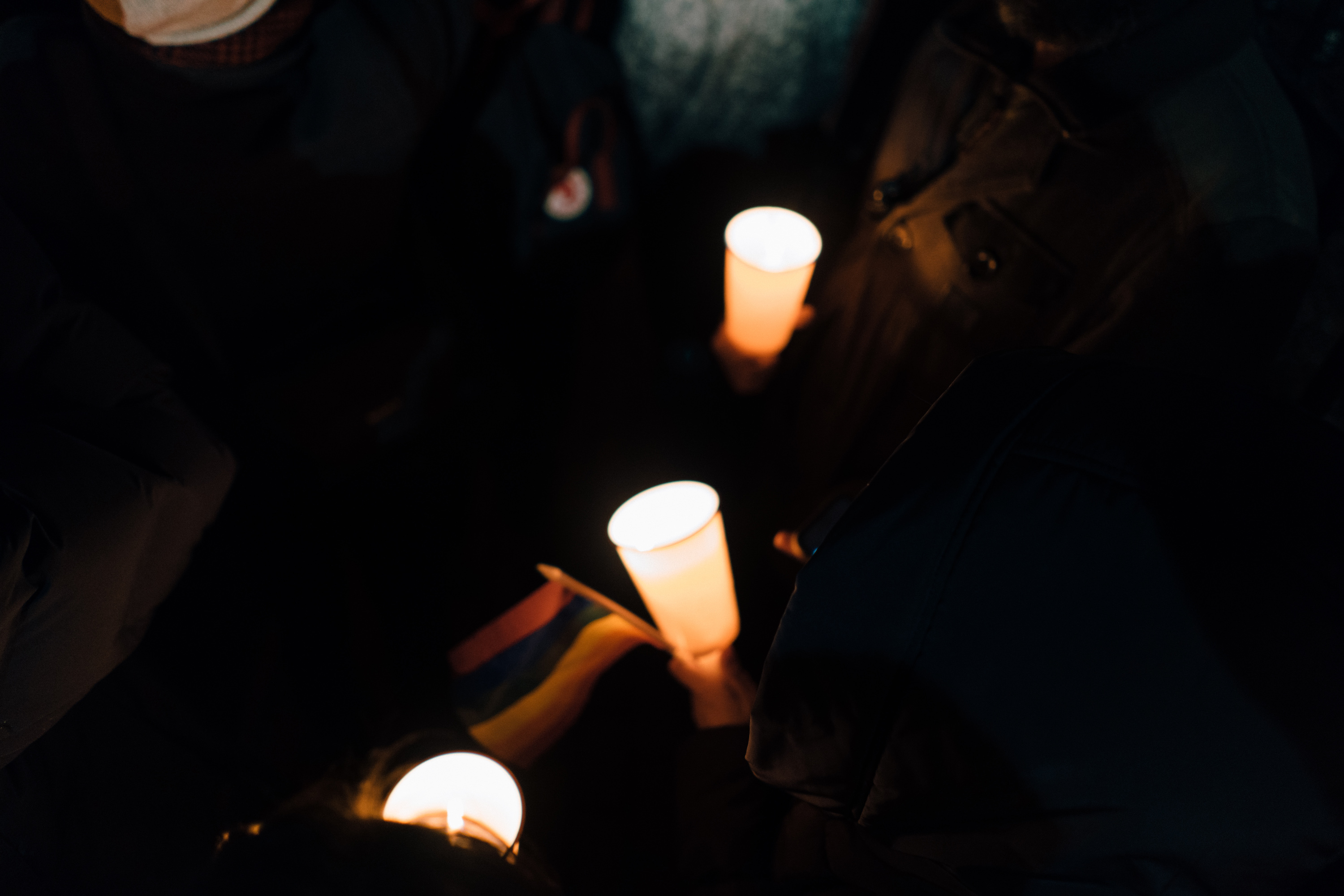 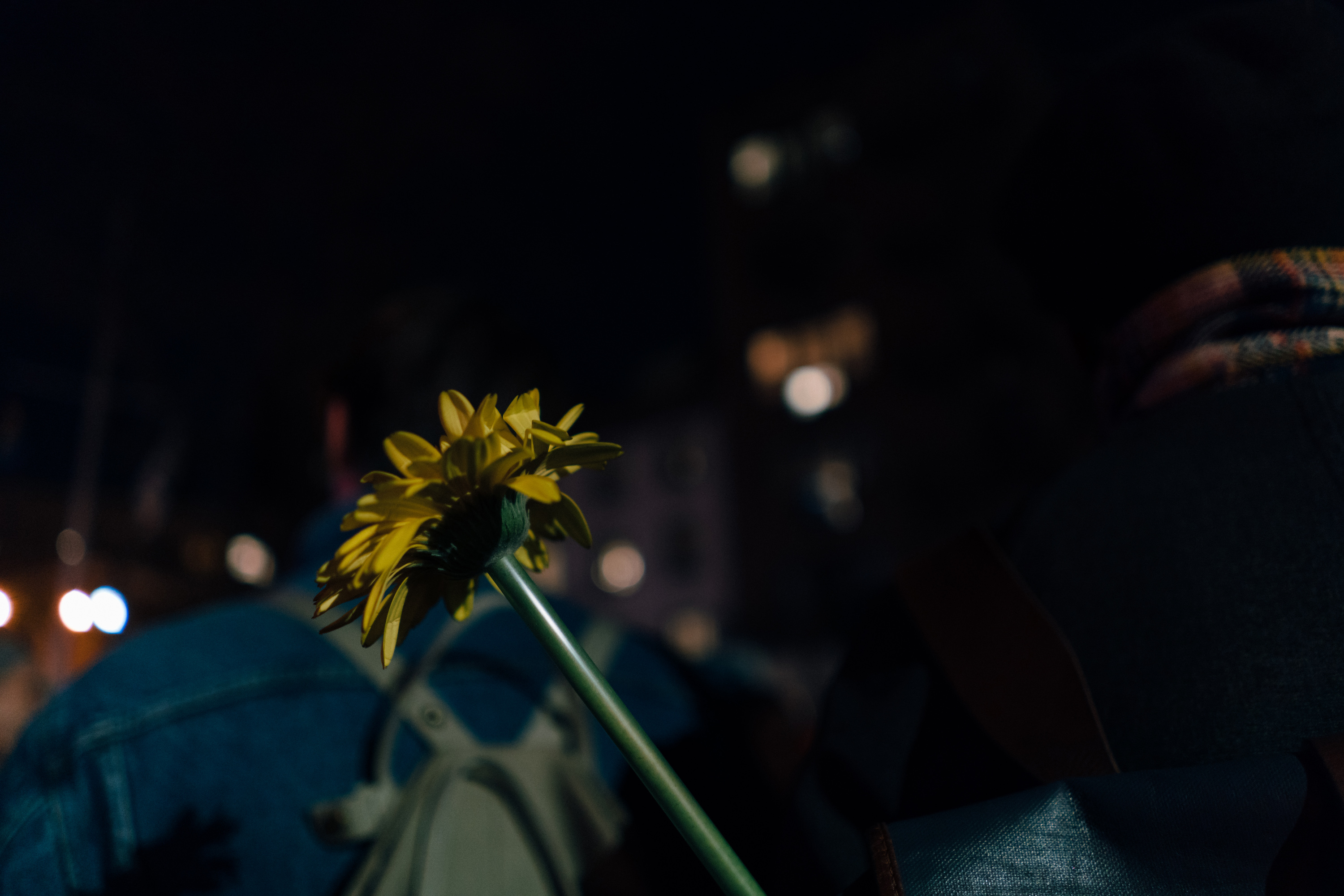 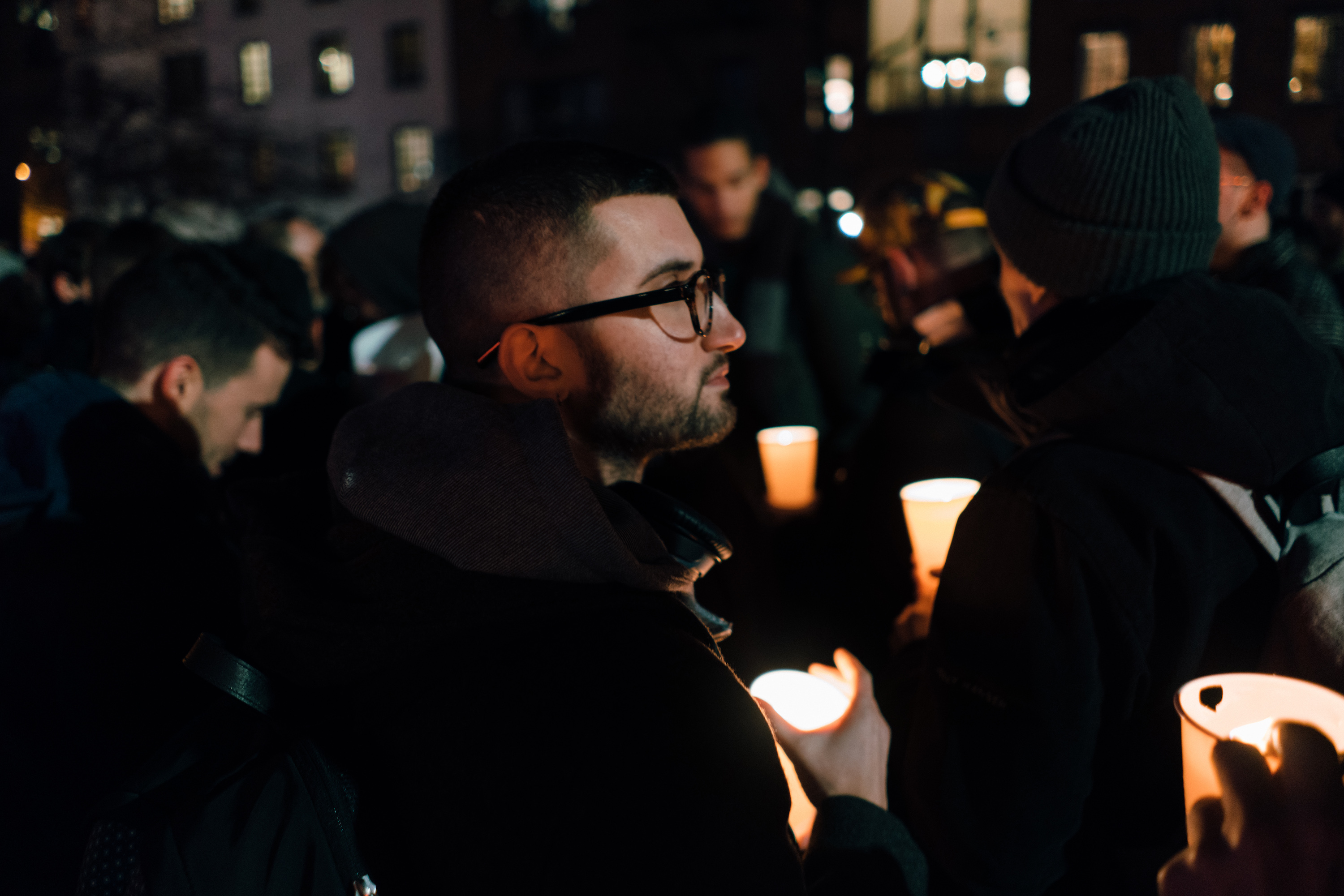 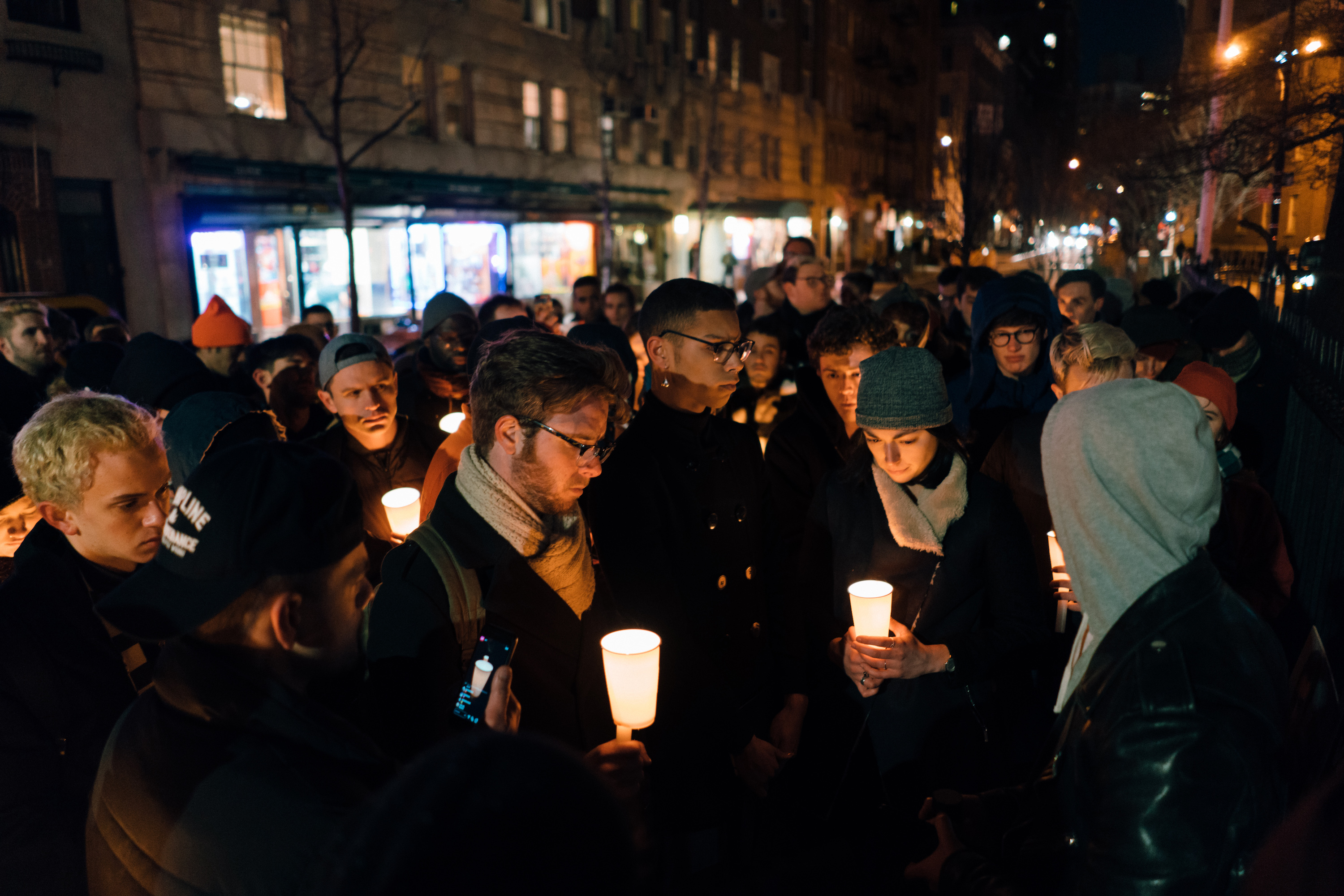 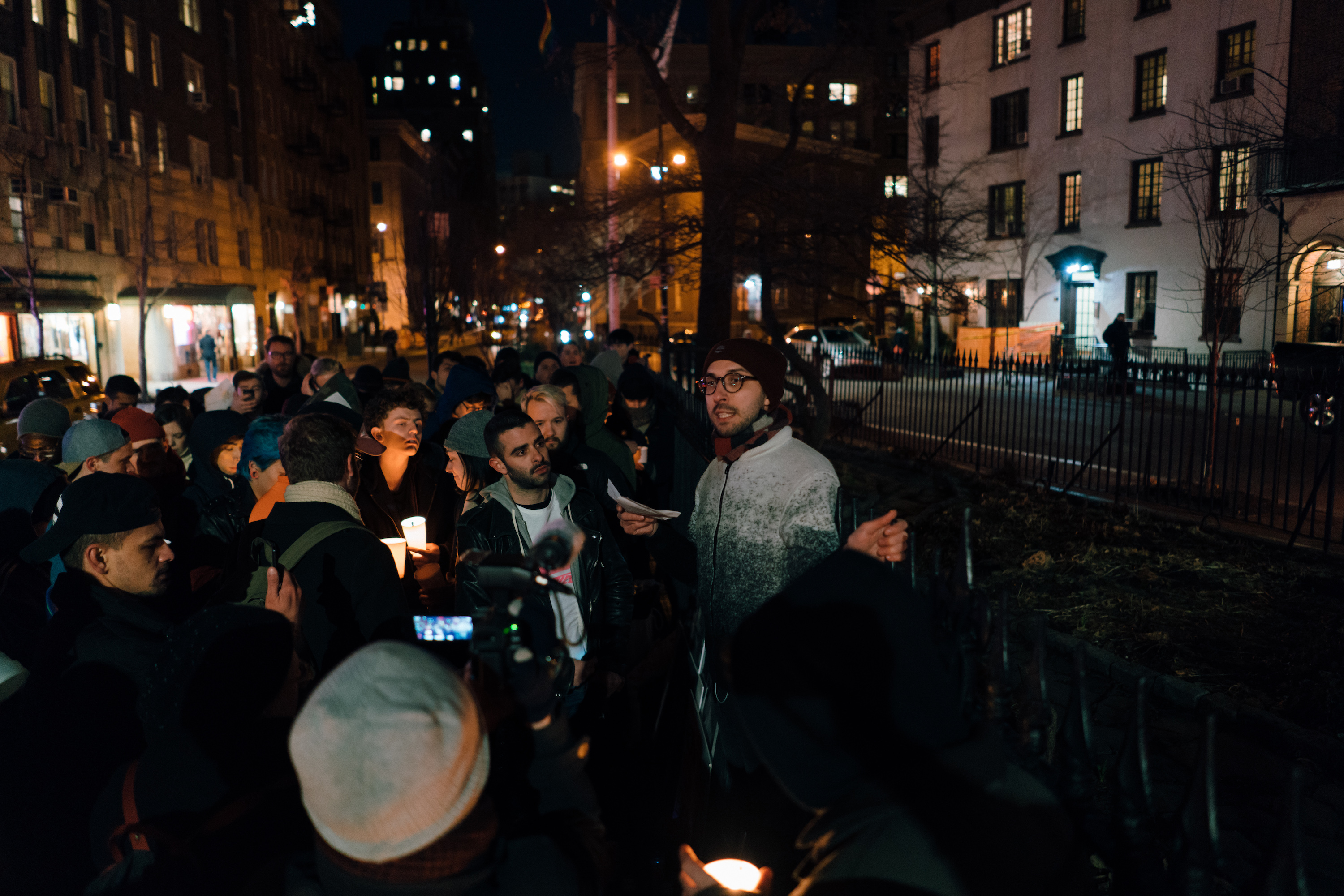 In December, the U.S. Treasury Departmenttook long overdue action against Kadyrovby issuing formal sanctions against the strongman, who is a close ally of President Vladimir Putin. By placing him on a list of foreign leaders accused of human rights abuses, federal authorities were able to freeze his assets under the 2012 Magnitsky Act.

However, the president has yet to mention either Bakaev’s killing or the wider crisis.

“His tragedy is our common pain and our shared responsibility,” Gorshkov said. “[…] We are here today to declare, that Zelim’s name is a symbol for a new era of genocide, which is rising across the globe. Zelim’s name has become a sad reminder of the past, which the humanity has not left behind yet.”

More than 100 peoplehave reportedly been arrested, beaten, and torturedin an attempt to “exterminate” the semi-independent Russian republic’s queer and trans population. Kadyrovvowed to eliminate LGBTQ Chechensby May 2017.

At least four people are confirmed dead at the time of writing.

This year the governmenthas undertaken a new tacticto undermine human rights in the region, which is located in southwest Russia. Kadyrov’s regime has allegedly begun targeting advocacy groups in a string of arson attacks, burning local headquarters of NGOs helping to document abuses against gender and sexual minorities

Oyub Titiev, who leads the Grozny offices of Memorial, was accused of possessing six ounces of cannabisa charge the Russian human rights organization claims is fictitious. He faces up to 10 years in prison if convicted.

Voices 4 Founder Adam Eli claimed this “ongoing persecution is not just a Russian or Chechen issue.”

“By having the vigil outside Stonewall, a global symbol of queer liberation, we affirm our groups message: The queer family has no borders,” he said in a statement provided toINTO. “When a queer person is kidnapped, tortured and murdered by their own government it is all of our concern.”