Alan Carr, host of Chatty Man on BBC, is known for his hilarious and candid celebrity interviews. On Monday, he spilled some juicy gossip about his own personal life: Adele funded, hosted and officiated his wedding back in January. He married his partner of 10 years, Paul Drayton, in Adele’s very own Los Angeles backyard. 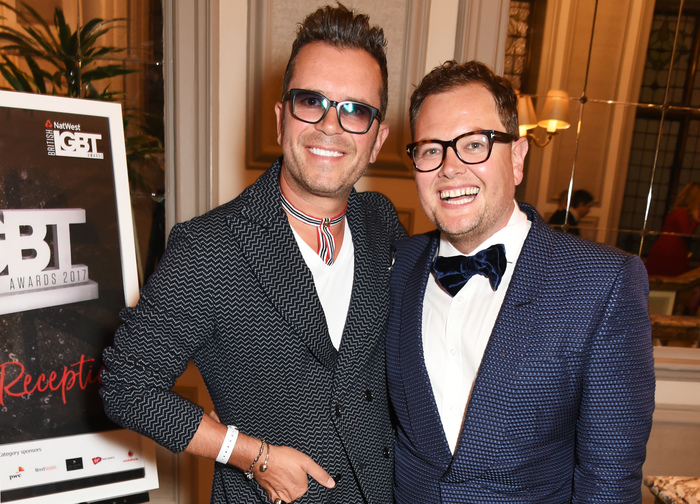 “I didn’t win a competition; Adele is a friend,” he said in an appearance on The One Man Show. “We’ve known her for ages, and when we told her we were getting married, she said, ‘Can I please plan the whole day for you?’ So she organized everything. She’s the kindest, sweetest, most generous person ever.”

He added, “We go in there and there’s a grand piano with a man playing [John Legend’s] ‘Ordinary People,’ and then she sang our songs with the first dance. It was absolutely amazing. I can never repay her. But she’s a one-off. As we all know, she’s just the best.”

In an Instagram post, the British singer confirmed the news. “Seeing as the cats out of the bag. I Married two of my best friends in January,” she wrote. “You know me any excuse to dress up.” She tagged the British talk show host and hashtagged #LoveisLove.

Seeing as the cats out the bag. I married two of my best friends in January. You know me any excuse to dress up… @chattyman #LoveisLove 🏳️‍🌈

In a 2016 interview with the Jonathan Ross Show, Carr told the host that he met Adele at the Brits, and he was a huge fan. On their friendship, he revealed that the powerhouse singer actually stayed with him while she was writing 21, her second studio album.

“She was up there for two or three days. I’m not gonna lie, we forgot that she’s up there,” he joked, “Oh my god, what if she’s dead?”

The Chatty Man host also divulged about singing Adele’s songs while unloading the dishwasher, to which she would reply, “Really? My heartbreak?”

“I’m such a big fan of her, I mean that affects the friendship because I love her so much,” he quipped. “She borrowed my iPod once and the top 25 are all 19 and 21.”

Sounds like Carr and his new husband had their dreams come true.