Shortly after they were eliminated off of Drag Race Season 9, Aja won the jackpot — quite literally. It was their first time in a casino, and they put in a couple quarters for a slot machine.

For Aja, this wasn’t a one-off event – they’ve always been lucky. Long before their death drop made RuPaul scream, and before their iconic Untucked monologue, Aja (who goes by they/them pronouns) always magically made ends meet.

They recounted some of these lucky experiences while sitting across from me in a Brooklyn Starbucks and snacking on a chocolate chip cookie.

When Aja was coming up in the scene, they would buy drag before they bought food. “It was always crazy because just when I thought I had everything, like I had an outfit and you know two dollars to eat bread and [then] I wouldn’t have any money to get to the gig,” they said. But then, Aja explained, they would miraculously find money they didn’t know they had.

“Like one day I went to the bank and out of nowhere, I had like two hundred extra dollars in my account.” Aja paused then spoke directly into my microphone: “Don’t come for me Bank of America.” 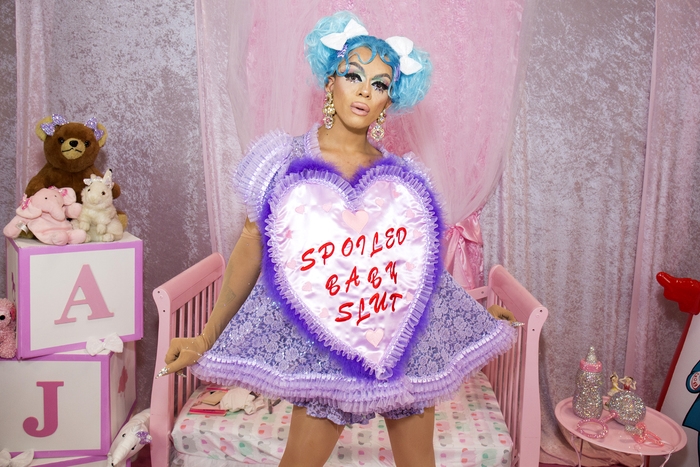 According to Aja’s godmother, part of their luck comes from their ethnic roots in West Africa. Aja’s family practices Santería, an Afro-Caribbean religion that also has roots back in West Africa. “She always said I had very great intuition and that I was very [spiritually connected to] myself,” Aja said of their godmother.

Aja’s mom told them they were adopted at eight years old. “And that’s when she showed me my birth certificate,” Aja said. “I had a Muslim name, and I was like ‘Oh, I don’t even know how to say this.’ Then I started to question things like what if I would have grown up Muslim? How would life [be] different for me?”

Aja never went through an adoption agency. Instead, Aja’s biological mother met their adoptive family through someone she was dating. Aja’s adoptive mother had been trying to get pregnant for a long time but was having trouble, so finding Aja was perfect. The identity of Aja’s father, however, has been something long speculated in their family — the rumor since they were young was that their biological father was in a gang and died before they were born.

When they were 18, Aja decided to learn more about their biological roots. But instead of just taking a single DNA test, they took five. “And every single one had the exact same results,” they said. “I even did my background research and each of them were done in different labs, with different types of testing.” We discussed briefly how strange racial identity is when it’s listed out on a paper with percentages. What does it even mean to be 40% this or 15% that?

“It’s so specific that I would have to fucking pull out a list that I don’t feel like pulling out,” Aja laughed and picked their phone up from the table. “But I will anyway. Hold on.” I waited for a moment while they logged onto their Ancestry.com results.

“So, how do you feel culturally?” I asked. “You were raised in a Puerto Rican family, right?”

“It sounds weird to say, but I never really had, like, an upbringing,” Aja said. “I feel like most of my life was really on the street. I grew up on the street.”

Aja’s racial identity, as they described it, wasn’t really formed by their family or any one particular culture. Her mom worked a lot, so they grew up eating all different kinds of foods in their friend’s homes and most of their close friends were black.

“I guess culturally more than anything I had an urban upbringing. It was not really one thing, but it was very Brooklyn,” they said. “You could tell I was from Brooklyn.” Aja paused. “I feel like I’m on a date. I don’t even feel like I’m doing an interview.”

After our talk about race, I brought up their recently released EP, In My Feelings. I started by asking about the relationship between their music and their drag. In previous interviews, Aja has talked about how they don’t make “drag music,” a genre of music defined by parody and reference to Drag Race or drag culture more broadly. I asked Aja if they would ever be interested in a music career outside of drag.

“I feel like…I don’t know. I feel like it doesn’t really matter,” Aja said. “Because my music comes from such a non-binary point of view that it doesn’t matter what I’m wearing because it’s always going to be the same delivery. One of my new music videos that’s going to be coming out this summer, it’s more half and half. It’s not going to be just one boy look, it’s actually going to be like five boy looks and five drag looks.”

For Aja, drag is about giving a broader range of aesthetics and also about giving more than one perspective. The perspective of the music is much more important to Aja than what they happen to be wearing while they perform it. Aja just wants to simply lay out their thoughts and make people ask questions.

“When I came over from the music video from Brujeria,” Aja explained, “a lot of people who ware in my [Santería] religion were like, ‘I think you should have went way further.’” The video features Latin dress, imagery of religious ritual and also demonic symbols like horns because it aims to critique the common association of Afro-Caribbean religious practices with being malicious and evil.

However, Aja is very cautious about shoving these concepts down people’s throats. “It’s more about giving someone a preview,” they said.

I asked Aja about the other clear influences that I saw in both their drag and their music: video games and anime. This influence was very clear in some of the looks Aja presented on All Stars 3 and it’s been even more blatant in the EP with their first single, “Finish Her!” being a direct reference to Mortal Kombat and the accompanying music video being in the style of a classic fighting game

“In music, I never really intended to mix it, it just happened. I’ve always been a gamer, I’ve always been someone who was very influenced by things that are really cute, like Japanese culture, anime and manga, all of that good stuff,” Aja said. “However, I know that it really didn’t start taking a place in my drag until the last two or three years.” 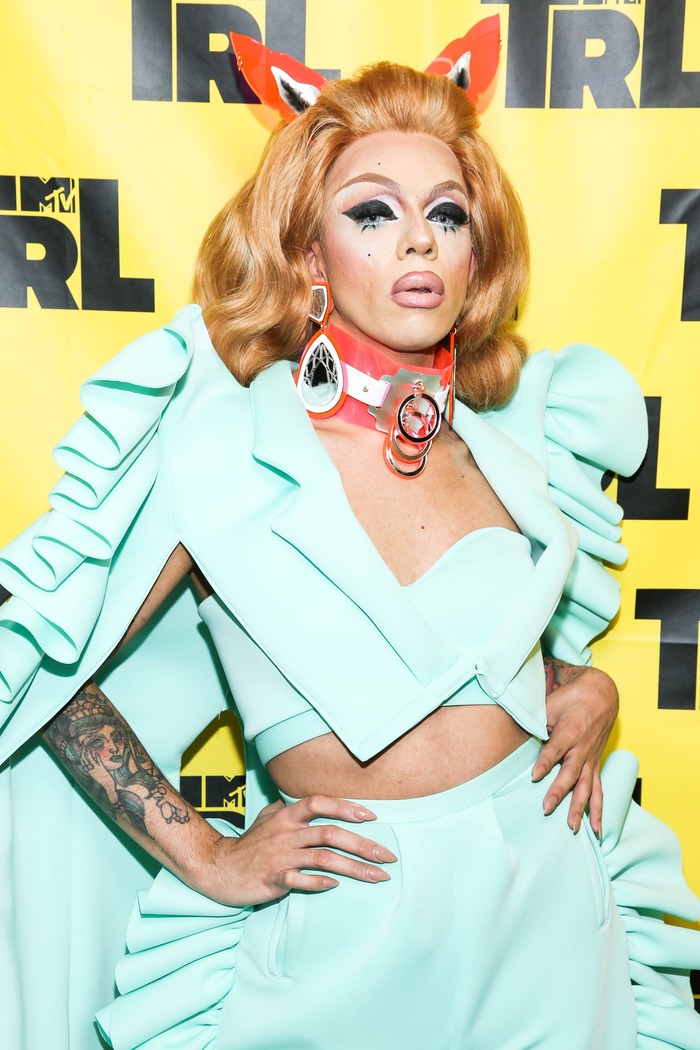 Aja said that when they started drag, they did what they had to do to be accepted in the community and to get money. “I felt just to be accepted,” they said. “I had to be doing these flips and flops and dancing like a fucking fish out of water, being a mess. I thought that I had to do the comedy and the drag mixes, you know, and do this and that. I feel it wasn’t until the year that I auditioned for Season 9 that I was like, I’m just going to do my own thing now.”

Aja recounts being criticized on TV and how it really motivated them to work on their drag aesthetic, part of which included these very anime-inspired looks. “I’m inspired by so many different types of anime. I love like magical girl anime obviously, the little faggot in me just dies,” Aja said, smiling. “The idea of being able to transform into something else I think is something that also inspired my drag anyway. My drag has easily become an anime version of The Boondocks, honestly. That’s literally me. I think that’s the best way to put it.”

Post-Drag Race, Aja now has their eyes set on becoming a mainstream queer artist. Even saying that, Aja makes sure to acknowledge the work that has come before. “I think it’s important to recognize what other queer musicians have done, and how far they have gotten,” they said. “But I know that all of us as a community can go way further.”