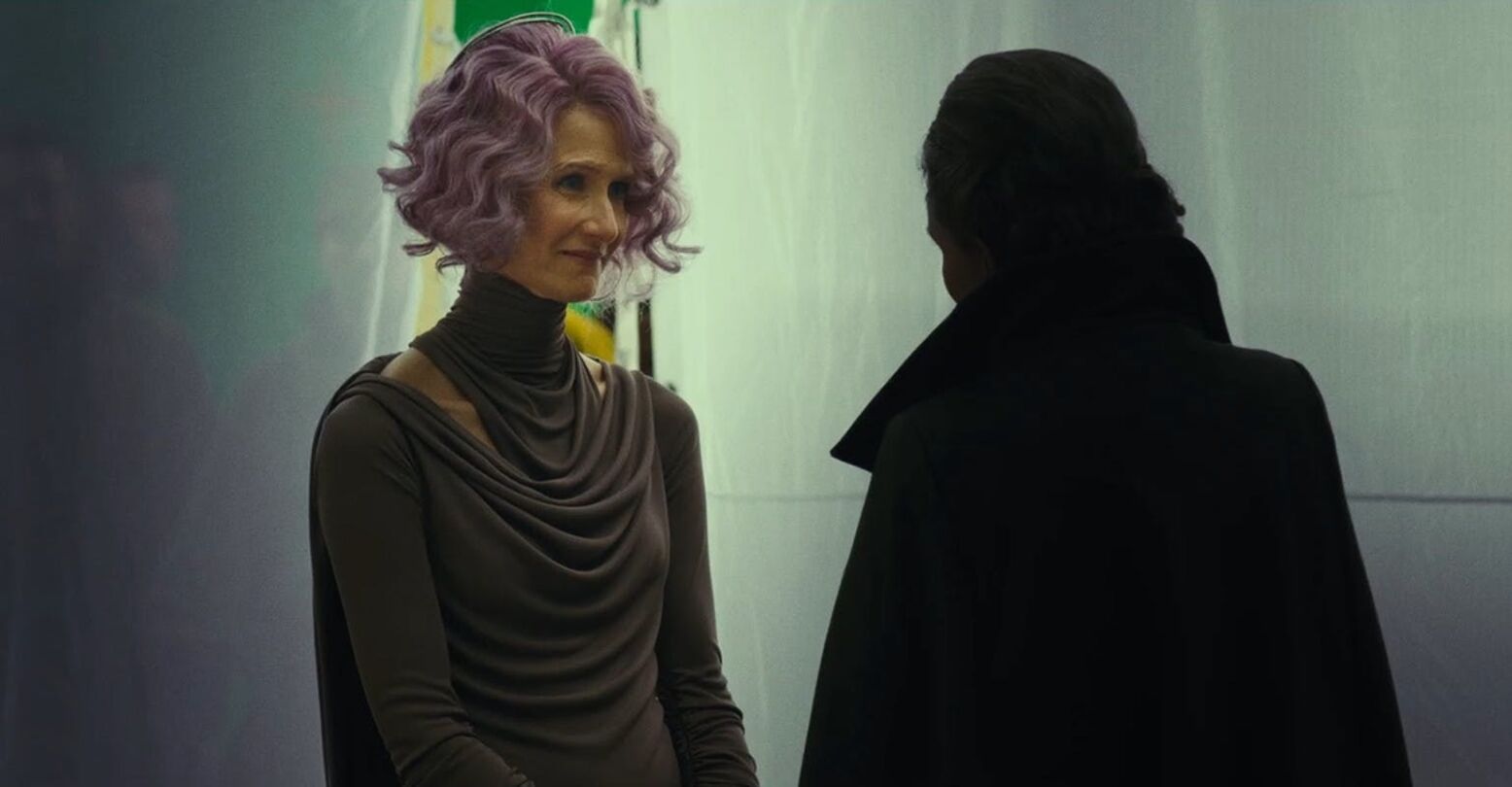 Conspiracy theorist and conservative talk show host Alex Jones saw The Last Jedi and boy, did he have a lot to say. Jones is known for his contentious and overtly wrong political takes, including claiming 9/11 was an inside job, and heartlessly declaring that the Sandy Hook elementary school shooting was a hoax (it was not). This week, Jones has moved on to less grave topics, but maintained his trademark bloviating we’ve come to expect/hate.

The radio host claimed that Princess Leia, the beloved Resistance leader played by Carrie Fisher, was a lesbian. He assured us that Admiral Holdo (played by Laura Dern) was her “girlfriend with purple hair.” In the past, fans have theorized about Holdo’s sexuality. In the Claudia Gray novel Leia: Princess of Alderaan, a prequel to A New Hope, a piece of dialogue between the 16-year old Princess Leia and Holdo in which the admiral-to-be says relationships with humanoid males is “limiting.” Plus, many queer Star Wars fans actually do ship Holdo with Leia.

“To be honest, I was not aware of the details of the book [at the time of filming],”Dern told The L.A. Times. “But what I love about the world that they have created is that this world is meant to represent us, and the Resistance is meant to represent uswhat the worldactuallylooks like, not some made-up, archaic concept of who represents the world. And I think they have and will continue to work diligently to represent everyone. I look forward to a character being deeply represented in terms of their sexuality. I know that none of us would have any problem, and only joy, if anybody wants to put [an LGBTQ identity] onto my character or any character in this film.”

I think it’s safe to say that Jones meant “lesbian” as a dig, but what a compliment! If Leia and Holdo really did have a passionate romance, I’d like Star Wars even more than I already do. In The Last Jedi, the two share a few gutting, heartfelt scenes (that pass the Bechdel testyay!), so regardless of sexuality, there’s obviously real love between them. 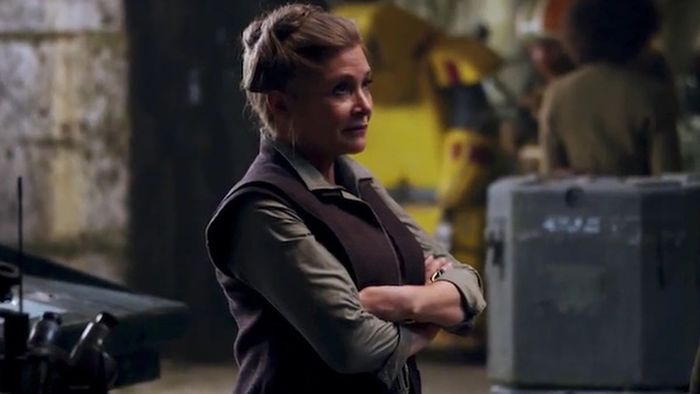 Of course, Jones offered zero proof to support his indignant claim, other than the insinuation that all powerful women are lesbians. “Every movie the women are the bosses, the women are the heroes, they’re all lesbians,” Jones says. Again, that would be an absolute dream, best-case scenario, but it’s categorically untrue (as is the suggestion that all powerful women are lesbians, just because they don’t need men). But if Jones’ abstract theory is true, then I’m looking forward to Daisy Ridley and Billie Lourd merging into the lesbian power space couple of the milenium.

Leia and Holdo aside, many fans (and even some of the Star Wars actors), want Finn and Poe, to date. Kelly Marie Tran, who plays Rose in The Last Jedi, joked that she ships them. Jones didn’t have any negative comments on Finn and Poe, or Roseor Rey, for that matter. His beef with Holdo was undoubtedly because of her unyielding and elegant take-down of her mansplaining inferior, Poe. The Huffington Post reported that the alt-right fueled a sexist, scorched-earth attack on The Last Jedi’s Rotten Tomatoes audience score. Their primary grievance was the introduction of more female characters, adding that Poe was a “victim of the anti-mansplaining movement.” So, it’s unsurprising that Jones’ bone to pick was with Holdo, and the woman who cheered her on, General Leia.

Jones is a notorious and revolting homophobe, having made outrageous claims that transgender women are mentally ill gay men who want to “pick up more guys,” or that having sex with cars is part of the “LGBTQ23PCL4” agenda, and a personal favorite, that a lesbian woman had children so she could make them into slaves.

Jones continued that the Daisy Ridley-fronted film was “chock-full of political propaganda” and “total SJW.” Obviously, this was the first Star Wars film Jones has seen, as “The Resistance,” which democrats adopted as their moniker post-2016 election, has been a hallmark anti-evil political opposition group in the canon for decades. In 2016, Gary Whitta, a writer on Rogue One, tweeted and deleted that “the Empire is a white supremacist (human) organization,” and the Empire is “opposed by a multicultural group led by brave women.”

In 2015, the creator of Star Wars himself, George Lucas told the Chicago Tribune
That the space opera was originally about the Vietnam War, noting, “That was the period where Nixon was trying to run for a term, which got me to thinking historically about how do democracies get turned into dictatorships? Because the democracies aren’t overthrown; they’re given away.” Dany Roth covered this for Vox and declared that Star Wars is inherently, indisputably political and liberal, and this came from directly the creator’s mouth.

As if that wasn’t enough, Jones also claimed that General Hux, the Supreme Leader’s right-hand, was purposely made to look like Eric Trump, so that audiences would associate the Trumps with the First Order. Again, General Hux’s character existed before Trump was president and before anyone would think to associate a movie character with Donald Trump’s son, who isn’t known for anything besides being Donald Trump Large Adult Son. Although, I’m sure General Hux’s Aryan aesthetic wasn’t coincidental.