Model/TV host/fashion designer Alexa Chung hasn’t yet dipped her toes in the lady pond, but she’s not opposed to it. The host and model sat down with PORTER magazine for their Spring 2018 issue and revealed she could maybe possibly attracted to a woman some day.

“I would never discount the idea that I could have a relationship with a woman at some point,” she said. “I haven’t been sexually attracted to one yet.”

She also alluded to wanting to sleep with a woman, quipping, “’I’m long overdue losing my lesbian virginity, but I just think it’s super old-fashioned to expect anything from anyone. I think everyone is on a spectrum of whatever they prefer.” 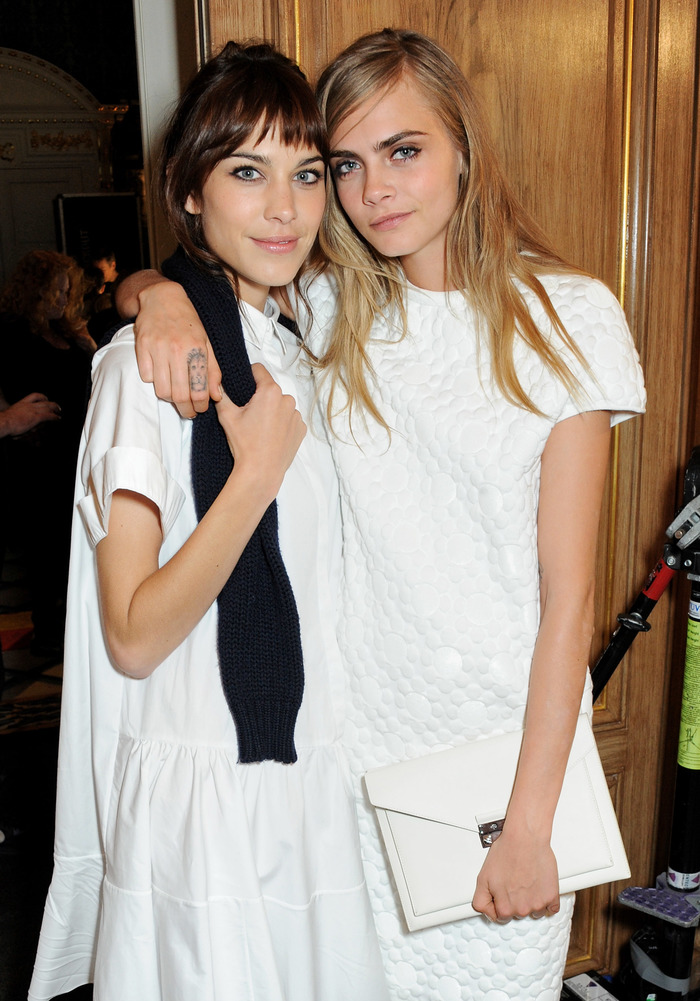 The 34-year old British author has had a few high-profile relationships, including Alex Turner, lead singer of the Arctic Monkeys. Last summer, she split up with her then-boyfriend, actor Alexander Skarsgård. As for right now? In the candid interview, Chung prodded that she’s currently dating “several people,” which seems to men “several men.”

On the institution of marriage, Chung admitted, “I just don’t get why marriage is different from non-marriage–I just don’t get it. I don’t subscribe to the fact that you need one man to be happy: I think it’s a really crappy, anti-feminist sentiment.”

It seems Chung could truly explore the spectrums of queerness and polyamory as soon as this year! She just hasn’t met the right woman yet.