As you might remember, the 32-year old actress fell down a slippery slope over the last few years after retiring from acting, having multiple run-ins with the law, and spiraling into a Britney-like public meltdown. Although she’s said some pretty terrible things in the past — for example, here’s a list of celebrities she called ugly — many fans were elated to see that the star is back in good health. Personally, I sat up straight in my seat and gasped when I saw her tweet the link to the profile. It was just 16 minutes after she hit “send,” sharing her story with the world. I had forgotten I even followed her, but muscle memory swiftly snapped me back into fandom.

It had been a while since I thought of Amanda Bynes at all. Though every so often I’ll rent She’s The Man on Amazon — at this point, I really need to buy it — I’ve scarcely thought about the actress in the way that most of the world has since 2010, when her downward spiral began. I know every 20-something woman who had cable in the ’90s and 2000s echoes the same sentiment, but Bynes was a personal hero of mine — no, she was like, the hero. Throughout childhood, adolescence, and my teenage years, I felt close to Bynes in a way I never had with another Hollywood “it girl.” She made me feel seen and understood — and as a young queer girl, that was so vital for my path to self-acceptance. 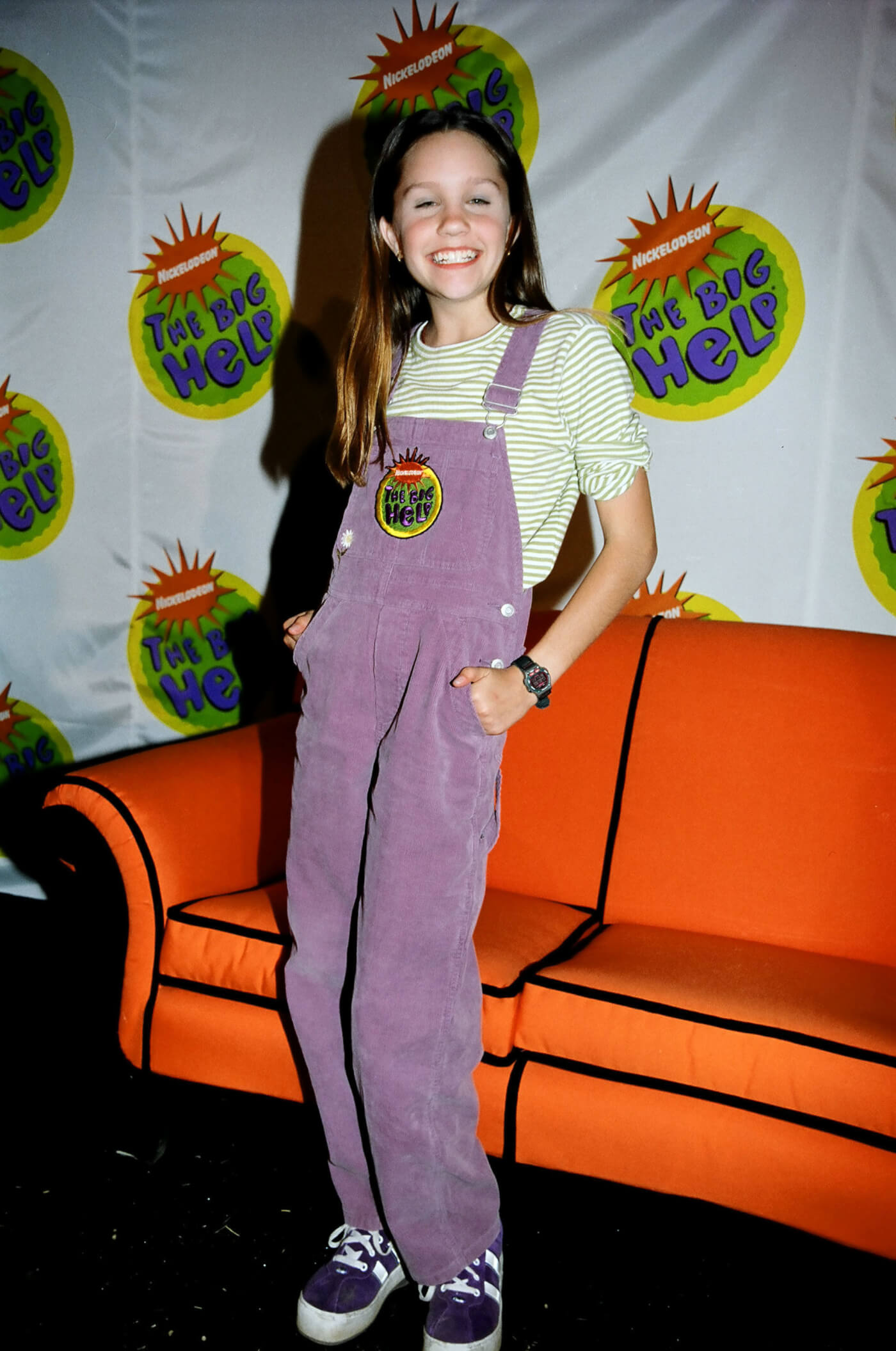 Scrap that — Amanda Bynes was never the “it girl.” She was the funny, quirky, loud mouth who stuck out like a sore thumb amongst teen stars of the early aughts. She was actually the antithesis of the “it girl.” Bynes was unapologetically herself, she was loud and proud, intelligent and sporty, and just plain cool. She wasn’t a girly girl — which, of course there’s nothing wrong with being girly — but in the late ’90s and 2000s, being high femme wasn’t just trendy for young stars; it was seemingly the only option. Sure, I idolized girls like Lindsay Lohan, Hilary Duff, and the Olsen twins, but as a tomboyish baby gay, I certainly never identified with them.

The What A Girl Wants actress always felt different to me. She was the funny girl, and to her, it didn’t matter if being funny or wacky or outrageous, or playing objectively wild and uncharismatic characters, was perceived as unattractive or unladylike. I know that sounds like some first-wave Feminism 101 bullshit, but even 10 years ago, things were very different compared to today’s pop culture landscape. Now, young people have such a range of idols, from the edgy tomboy singer Billie Eilish, to lesbian pop star Hayley Kiyoko, to the nonbinary actor Asia Kate Dillon.

But even 10 or 15 years ago, young female stars were held to impossibly high standards; they were expected to be role models, to be feminine, to metamorphose from a child star into a demure fashion icon right in front of our eyes. That’s a lot of pressure — and unfair, sexist parameters —for a teenage girl, so it’s unsurprising that many stars of this era, like Lohan and the Olsens, fell victim to addiction and severe mental health issues. Bynes had seemingly escaped this trap, eschewing the alluring fast life, until she was in her 20s and began using.

But to briefly rewind, Amanda Bynes built an empire on this image as the funny girl — and yes, I’m purposefully saying “the funny girl,” singular, because in the still-somewhat conservative 2000s, there was only room for one. If there had been multiple girls as famous as Bynes at the time, they would’ve been pitted against each other. Actually, she and Lohan were, despite having somewhat different draws. Comedic Disney actresses like Miley Cyrus, Selena Gomez, and Demi Lovato were stacked against each other just a few years later. 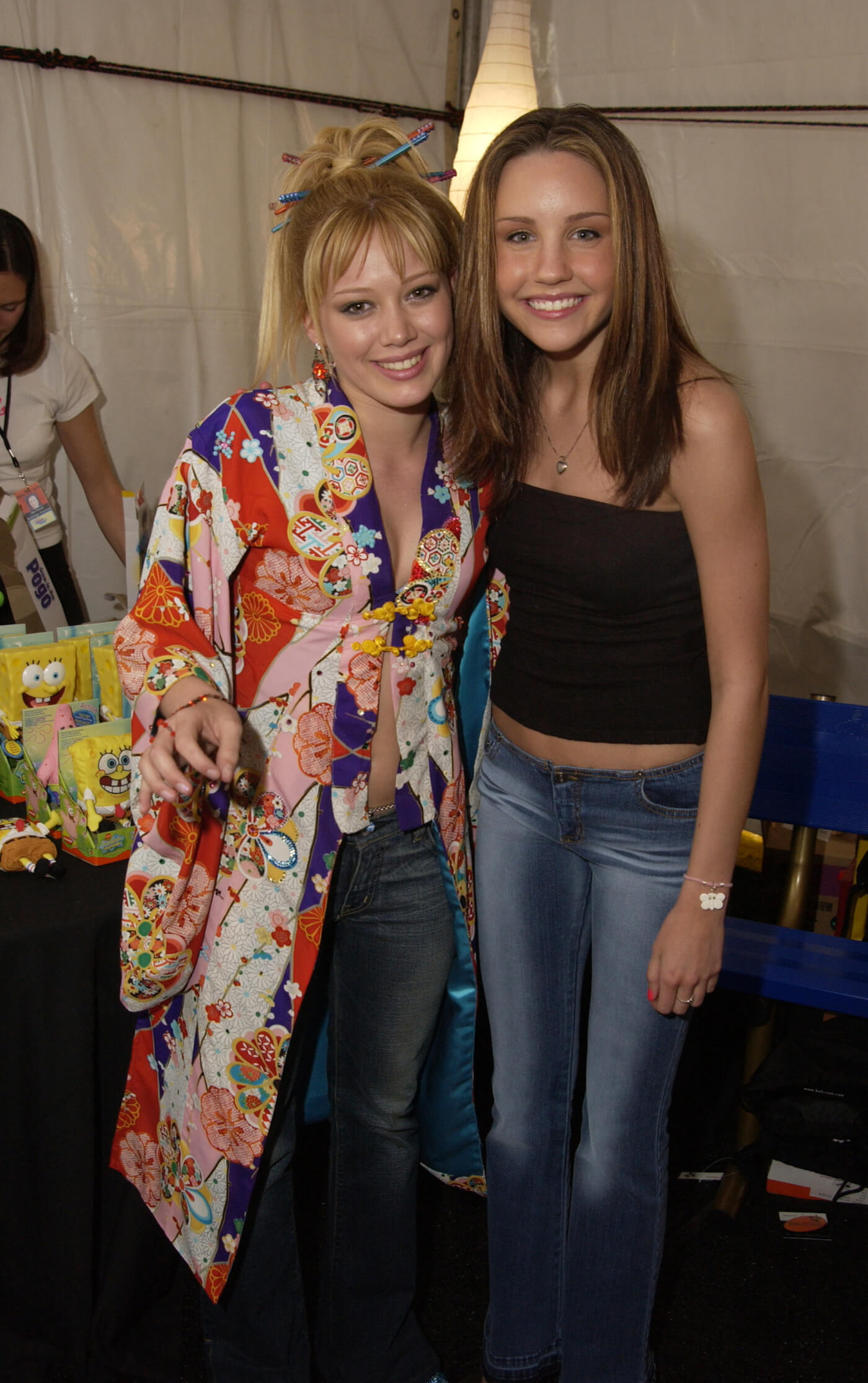 In the Paper profile, Bynes recounts the unique career she had: First, she wowed us on Nickelodeon’s nostalgia machine, the SNL-like All That. Soon after, she was given the opportunity to anchor her own series, The Amanda Show, which proliferated memorable sketches like the Dawson’s Creek spoof “Moody’s Point,” and “Crazy Courtney” (yes, the “mah hah” one), and her stalker character Penelope Taynt, Amanda’s “number one fan.”

From there, Bynes starred alongside Frankie Muniz in Big Fat Liar, then parlayed her child stardom into becoming a big screen star. She starred in What A Girl Wants, She’s The Man, Hairspray, and The WB show What I Like About You, as well as snagging a role in Easy A in 2010. Each time, the actress played some version of herself—or at least the persona we were sold publicly. In What A Girl Wants, she played the clumsy, unladylike rom-com protagonist Daphne. In What I Like About You, she took the role of the intractable but lovable younger sister Holly, and in She’s The Man, Bynes played the soccer-loving, rule-breaking, anti-Junior League tomboy Viola. Her career is inimitable — there haven’t been many young female stars to take on multiple big studio movies like Bynes did, save Anna Kendrick, or pre-Oscars Emma Stone (but barely).

For me, there was something so special about her movies, specifically She’s The Man — which was special enough for me to see it four times in theaters, which is, to date, the most times I’ve ever seen a movie in theaters. I was enthralled by her character; a girl who cared more about sports than dating, who didn’t feel comfortable in frilly dresses, and rejected traditional femininity, instead trading it in for a sense of humor and a soccer ball. Sure, it’s easy to argue that her character Viola is a huge dyke — but I identified with something deeper than just her aesthetic (though it was obviously mollifying to feel physically represented on the big screen, too).

Underneath it all, I think there was something inherently queer about Viola, and more broadly, about Amanda Bynes. Bynes refused to blend, to be a high glam teen star, or to be anyone but herself. Half of the queer experience is learning to love yourself, and choosing to stand proudly in that truth every day. It takes a hell of a lot of strength to do that, especially when your sexuality — who you are at your core — is frowned upon or stigmatized. Bynes was a role model for me in this respect; she helped me come to terms with the person that I was, and still am. I never fully fit in with my super feminine friends, no matter how hard I tried to. 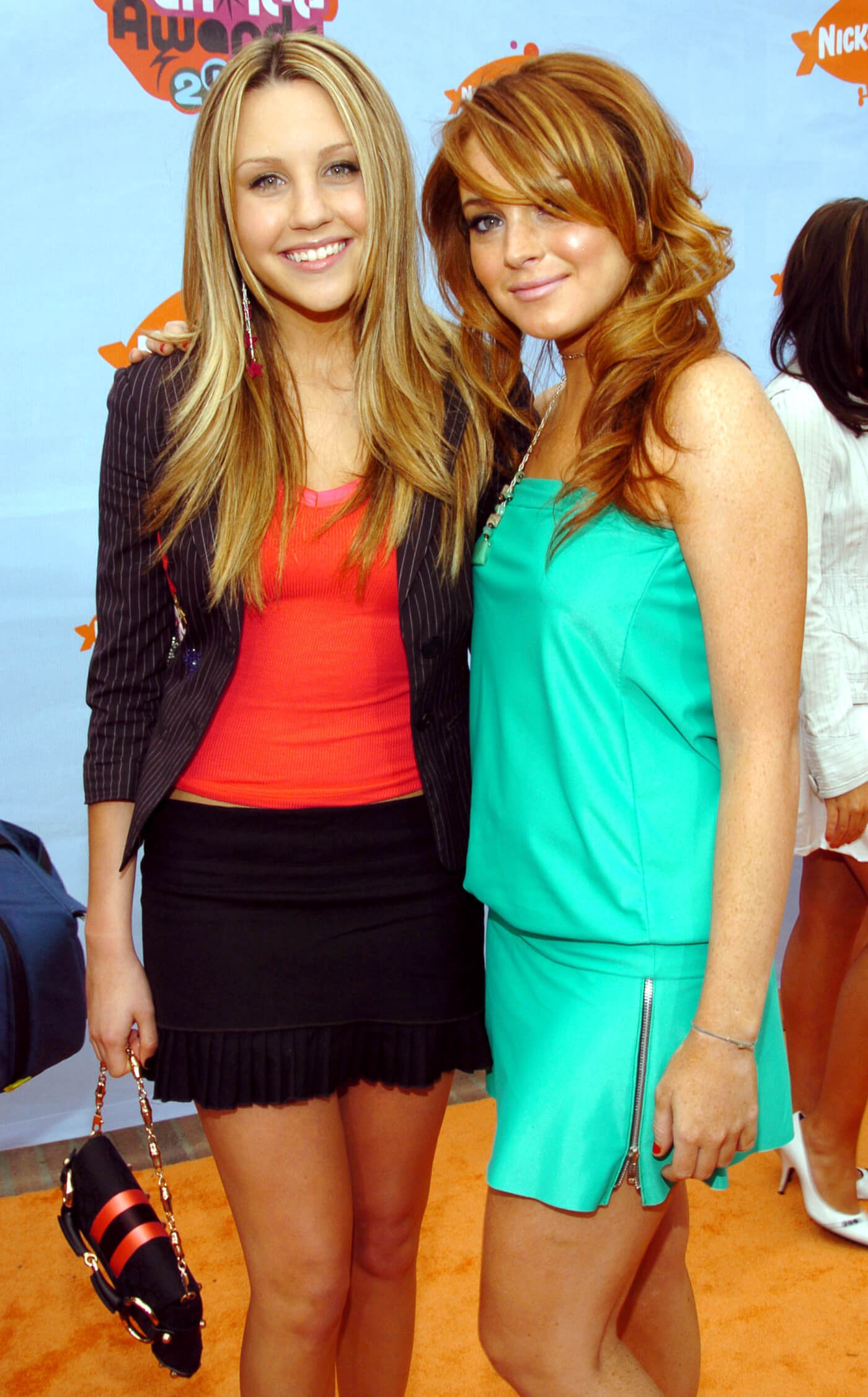 Eventually, I just had to resign myself to the fact that I was never going to be like them, and I never wanted to be. Bynes is one of very few public figures who taught me how to do that. The actress may not have struggled with her sexuality, but I do think it took a certain amount of moxie as a young starlet in the early aughts to swim against the current, even if that current was just being traditionally feminine.

I’m ecstatic that Amanda Bynes is back, seemingly healthy, and reportedly four years sober. She wasn’t just a comedy hero of mine growing up; she was also a beacon of hope. Excuse the platitude, but Bynes was and is living proof that you can be yourself and people will love you for it. That was an indispensable lesson learned in my teenage years, and I wouldn’t be who I am today — or at least not as proud of who I am — without the influence of someone like Amanda Bynes. 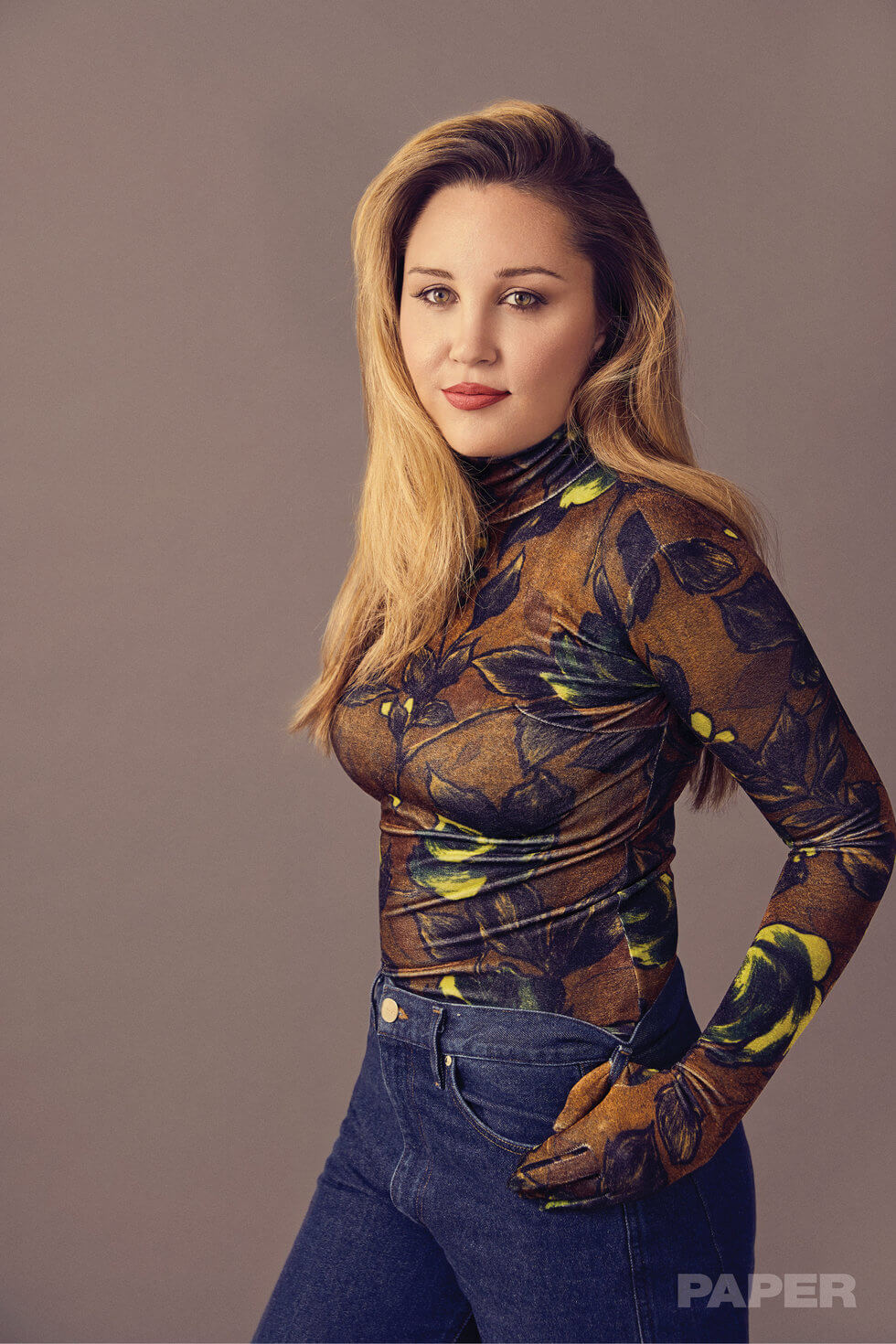 Images via Paper and Getty