De Cadenet was so excited to meet other Time’s Up celebrants (“find your tribe!”) at the Golden Globes, but what she didn’t realize was that the woman she thought was Emmy-winning Lena Waithe was actually activist Marai Larasi. Larasi, Executive Director of Imkaan, a UK-based, black feminist organization dedicated to addressing violence against women and girls, attended the Golden Globes with Emma Watson, who was also in de Cadenet’s photo. 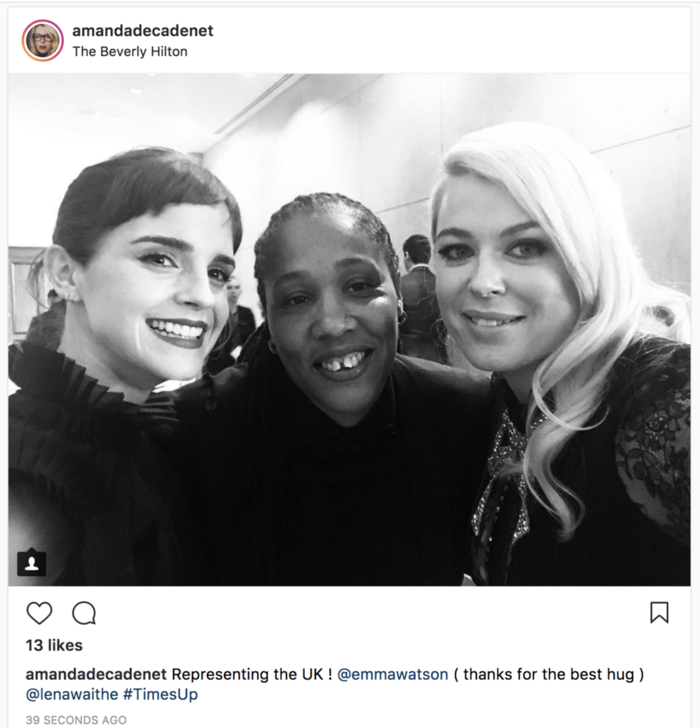 After posting the photo erroneously tagging Waithe (whom she clearly is not so familiar with), De Cadenet was called out on Instagram and Twitter for mixing up the two queer black women, correctly replacing the caption with Larasi’s name. But one has to wonder, what was their conversation about if she had no idea who she was talking to? 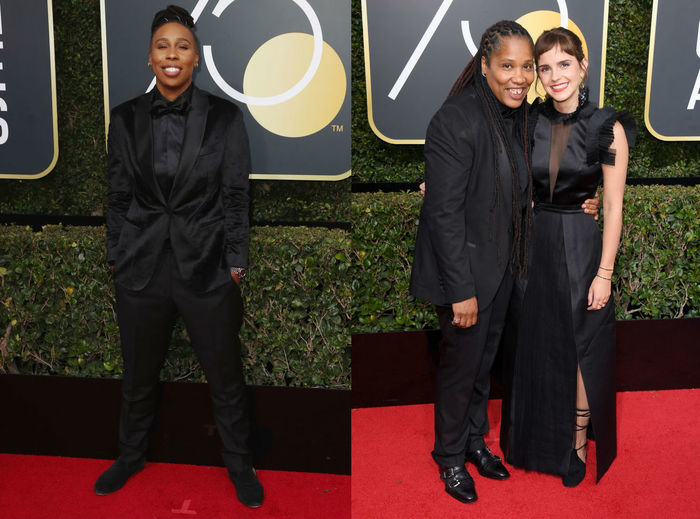 De Cadenet is a photographer and the author of the memoir On Boys, Boobs and Badass Women, as well as the founder of the media company called Girl Gaze. She previously had a show on Lifetime called The Conversation with Amanda de Cadenet.