Yesterday, The Hollywood Reporter reported that Amazon canceled three of its original programs: first-year series I Love Dick and Jean Claude Van Johnson, and One Mississippi, which aired its second season last September.

The cancellations weren’t a big surprise (the streaming service passed on all of its new batch of comedy pilots and canceled other series this past fall) as Amazon has publicly been in the midst of a programming shift and on the hunt for series that will have more global appealor, basically, they’re trying to find the next Game of Thrones. As an Amazon Insider told Deadline, these cancellations are “part of a move towards bigger, wider-audience series” Also, it’s almost certainly part of cleaning house after Roy Price, head of Amazon Studios, resigned amid sexual harassment allegations.

Despite the predictability of the cancellations, the end of One Mississippi still hits hard. Co-created by Tig Notaro and Diablo Cody, One Mississippi follows fictionalized Tig who, still recovering from C. diff (Clostridium difficile colitis) and a double mastectomy, moves back home to Mississippi upon learning her mother is dying. These are all Notaro’s real-life events; she’s also detailed them in her stand-up comedy and her memoir I’m Just A Person, which is equal parts hilarious and heartbreaking. One Mississippi is, too. 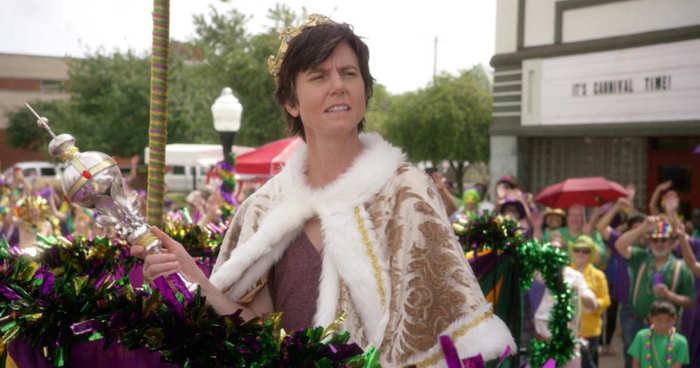 Tig is a lesbian, established before the series starts, eschewing the lengthy coming out narratives or clumsy questioning that often accompanies series featuring queer women. She just is gay, and it’s part of her character but it isn’t her whole characterwhich is refreshing in and of itself.

When watching that first season of One Mississippi, I was immediately (and continually) struck by two things: I was watching a comedy created by and starring a lesbian, and the main character was allowed to be so much more than just a Lesbian Character. Where else are we going to get that now? Sure, Tig’s sexuality is a pretty big running plot but it is in the way that queerness is a pretty big running plot in our own livesnot always an over-encompassing thing that drives literally everything we do and say.

Instead, Tig mourns the death of her mother, she reconnects with her family, she opens up about childhood trauma, she dates unsuccessfully, she works on a new radio show, she meets a new love interest. The series weaved together these events with a deft balance of gravity and humor, it knows exactly when to take a breather and exactly when to laugh.

I think, often, of the pilot episode: after her mother dies, Tig confusedly asks the nurse what to do nowis she allowed to just go home? And later, in bed with her then-girlfriend Brooke (Casey Wilson), the series finds humor in Tig’s double mastectomy: “Where do you think your boobs are,” Brooke asks. “Where did the doctors put them when they took ‘em out? Did they just throw them in the trash can?” Even that conversation is indicative of how wonderfully intimate One Mississippi is; it’s not something you can joke about to just anybody. 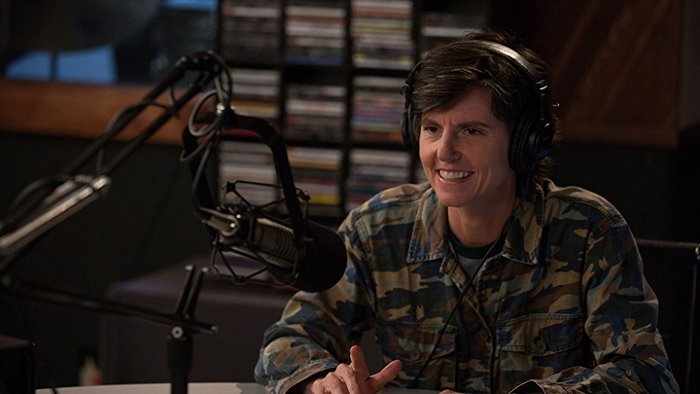 The second season was even better, propelled throughout by an honest-to-God actual lesbian rom-com storyline. Tig has feelings for her friend/radio producer Kate (played by One Mississippi writer and Notaro’s real-life wife Stephanie Allyanne), but there’s one big obstacle: Kate’s straight. It’s an updated romantic-comedy narrative with a queer twist; we know that they have to end up at the end but it’s so much fun to watch them get to that point, whether they’re bantering about sexuality or Tig’s waxing poetic about a potential future in which they hold hands from their respective wheelchairs. There is even a musical sequence featuring Fun Home’s “Ring of Keys” which is, for my money, the gayest scene on television all year (and, if we’re being honest, in the top five hardest I cried all of 2017).

But the inherent queerness isn’t the only reason why Amazon shouldn’t have canceled One Mississippi (or the only reason why some other networkhey, FX!should rush to pick it up). One Mississippi was straight-up important, both behind the scenes where the second season had an all-female writers room (many of the episodes’ directors are women, too) to its on-screen handling of sexual harassmentwhich is necessary now more than ever. As Variety critic Mo Ryan tweeted, “After a sexual harassment scandal at Amazon, why cancel a series that received major acclaim for exploring that topic with deftness and nuance?”

In the first season, we learn that Tig was molested as a child but the show doesn’t treat it as trauma-porn but instead deploys the information as a joke delivered by Tig herself, which sets the tone for the rest of the season. Tig’s humor is used as a defense, perhaps a shield against letting her allow too much of her past to dictate her present.

What’s most important is that it’s Tigthe survivormaking dry, dark, devastating jokes and Tig bantering with Kate about it (in season two, they joke that the main audience for their radio program are “lesbians and assault survivors), putting the power of her narrative in her own hands. (It’s also necessary to note the show’s importance in terms of making sure members of the queer community aren’t left out of the conversation around sexual assault/harassment, which happens all too often in real life.) The Season One finale is unlike anything I’d ever seen on television: a fantasy sequence set at Tig’s mother’s grave as the two of themand a handful of other survivors clad in pajamastrade stories about the abusers in their lives, a sleepover where the scary stories are of sexual assault.

There is no other show on television that can strike such a light tone while delivering devastation, and no other that was so committed to never shutting up about the realities of sexual assault because it’s necessary we keep talking. These themes continued into Season Two, especially as One Mississippi was perhaps the show most uniquely qualified to take on the then-rumors and now-confirmed harassment by Louis C.K., a producer who Notaro had publicly called out.

In Season Two’s “Can’t Fight The Feeling,” Kate’s boss masturbates in front of her during a private work meeting, and he’s clearly a stand-in for C.K. In the number of series that attempted, with varying results, to tackle sexual harassment last year, One Mississippi was the most effective as it had been doing so from the very beginning. 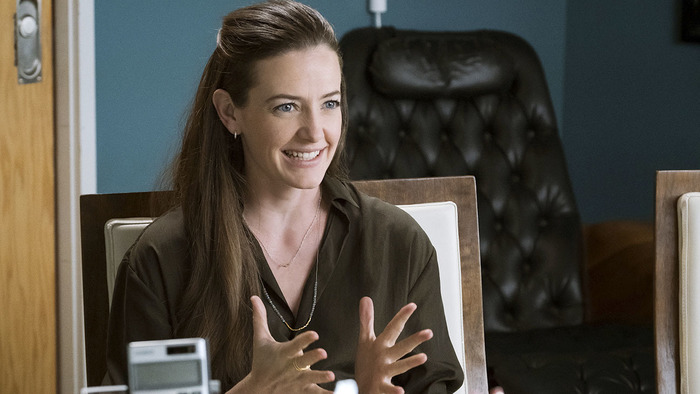 Television programs get cancelled all the time, and I’m often irrationally sad about them, but One Mississippi’s is absolutely gutting. It wasn’t just the smaller thingsthe dry humor, the adorable relationship between Tig’s father and his new girlfriend, Tig’s teal Jansport that I searched for for daysbut it’s entire existence that felt so good and new.

One Mississippi wasn’t just a good series but it was absolutely vital to the ongoing conversation surrounding sexual harassment. One Mississippi’s voice was shut down just as we needed it to get louder.