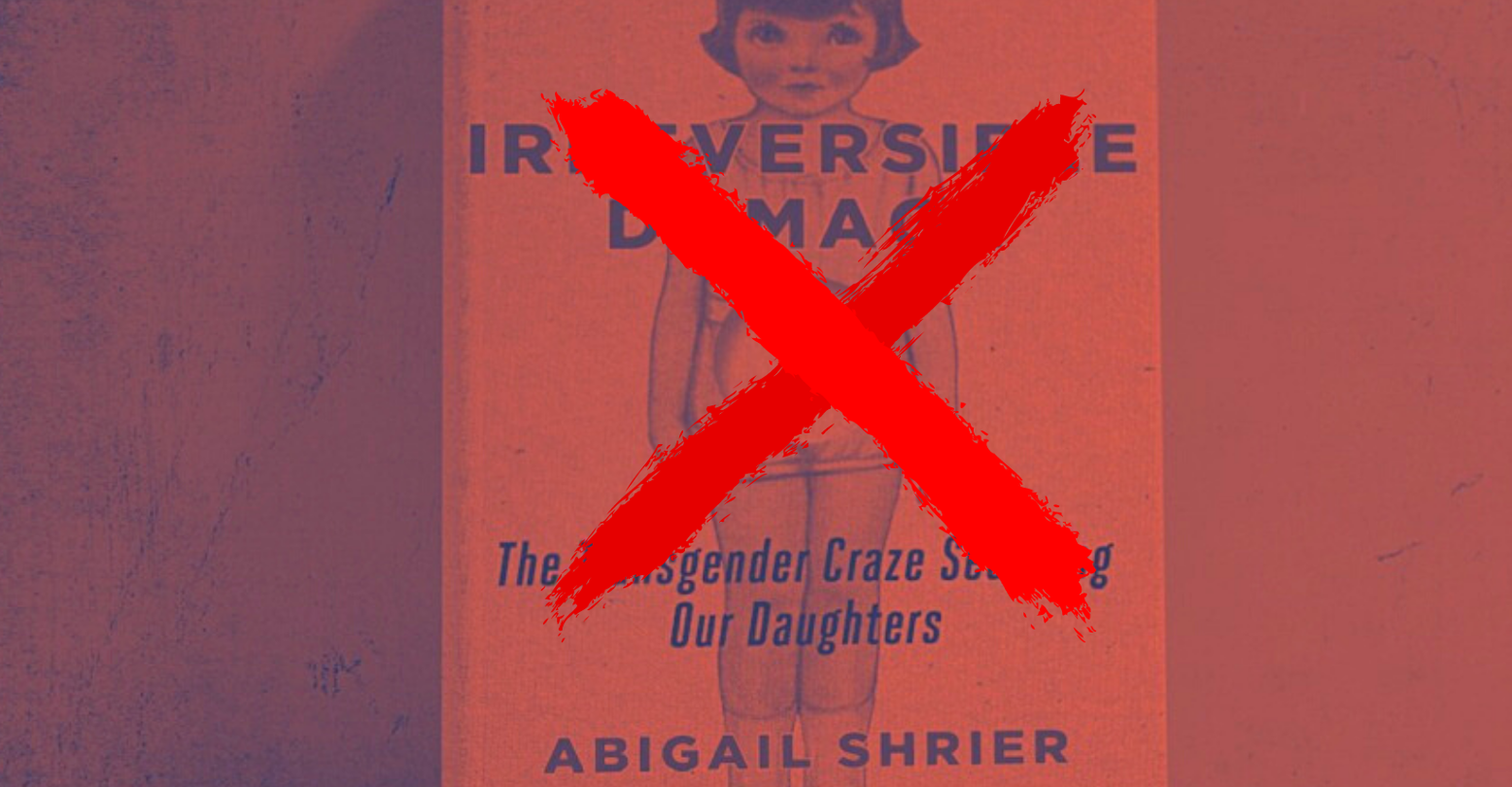 Big publishing has spoken, and it’s in favor of transphobia.

The book Amazon doesn’t want you to read, OUT TODAY: https://t.co/l9NMKM6F5J

To the hundreds of families going through this horror right now – thanks for your phone calls, your DMs, your help, your support and your trust.

Let’s get our girls back.

Well, turns out Amazon does want you to read it, despite the many protests of the company’s LGBTQ+ employees. While the company originally refused to sell the book due to its bad science, disproven theories, and general made-up nonsense, they’re now walking back from their original stance.

The problem is, Amazon’s queer employees know that “Irreversible Damage” actively goes against the company’s policy on LGBTQ+ nonfiction, which states that the company will not support the sale of books that frame gayness or queerness as a mental illness.

Transness, apparently, doesn’t fall under the same protected class as the rest. Despite queer employees speaking out about the book’s harmful messaging, “Irreversible Damage” will now be available to order from the site. Shrier’s book quite famously claims that trans children—particularly trans boys and men—are simply trying to escape from the problems of womanhood. Rather than just being, you know, trans.

When the LGBTQ+ employee group Glamazon pointed out the contradiction, Amazon’s director of book content and quality glossed over their complaints.

“Amazon has an internal process for evaluating the appropriateness of books and we have shared your feedback,” the director wrote on an internal company message board.

“In this case, the process included gathering feedback from Glamazon board members and the Books Diversity, Equity, and Inclusion team. After examining the content of the book in detail and calibrating with senior leadership, we have confirmed that it does not violate our content policy.”

The interesting thing about this decision is that, like so many instances of trans exclusion and targeting we’re seeing today, it places transness in a separate category from queerness at large. This is an old problem: back in the 70s, 80s, and 90s, when queer folks were making a bid for mainstream acceptance, trans people would often get thrown under the bus by people who claimed that our struggles were different. Today, we can see this attitude reflected in decisions like this one, and similarly Substack’s contradictory stance on hate speech, which implies that anti-trans creators like Graham Linehan, Glenn Greenwald, and Shrier herself are not violating the platform’s anti-hate policy.

It doesn’t quite work to have a policy that disallows hate speech if you can conveniently switch up the definition whenever it suits you.

It just goes to show: The fight for trans rights isn’t just taking place in red states like Alabama and South Dakota. It’s taking place in the media, in the press, and anywhere that money can be made.