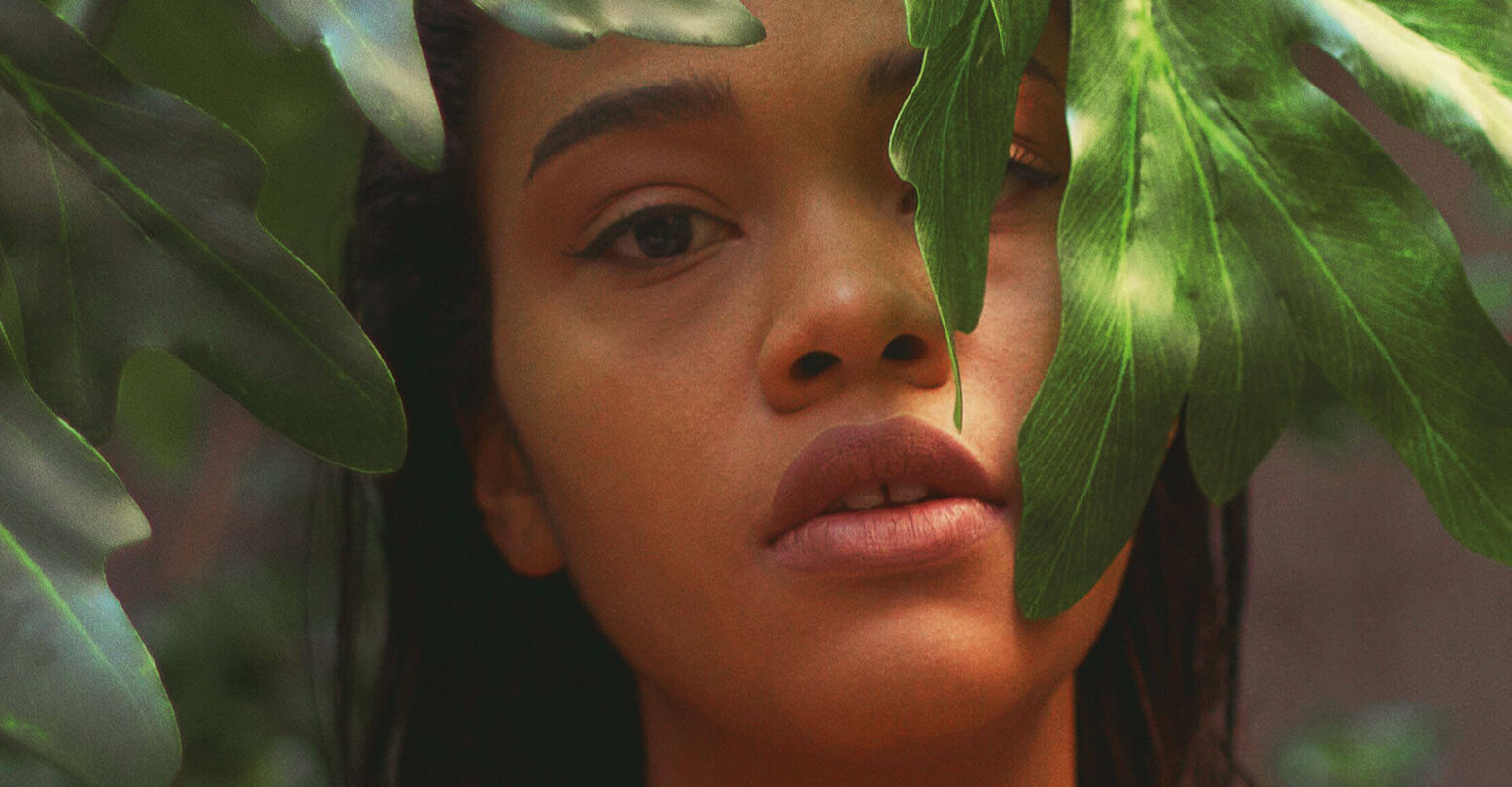 They say that there are five steps of grief, as if you can quantify the emotions that you’ll experience when a loved one dies. First comes denial, which is followed by anger, bargaining, depression and finally acceptance. Yet, when 23-year-old Amber Mark lost her mother in 2013, these steps weren’t what she went through.

“If you Google it, there are — I don’t know how many — five or six stages of grief. But, I didn’t deal with it the way that they are stated online,” she explains on the phone. Instead, New York-based Mark came up with her own list consisting of regret, anger, isolation, sadness, questioning, and overcoming. These are all themes and emotions that she explores on her debut EP, the sublime 3:33am, which was released earlier this year.

Having always wanted to work in music, whether as a performer or behind the scenes, Mark joined an after school band program (“It was kind of like School of Rock”) when she was at school and taught herself how to produce on GarageBand. Teaming up with producers, however, didn’t provide the sort of creative outlet that she was seeking, but it did leave her with more skills as a producer in her own right and with more developed software. With these skills in her arsenal, and with an insurmountable amount of grief, Mark locked herself away in her bedroom at her godparent’s house in New York after her mother died and began to work.

“I felt secure working in my bedroom because I was alone and didn’t have to be insecure about messing up a vocal line. I could just do a take, like, 50 times and not lose my confidence because there weren’t people around me listening to me sing a flat note,” she says, describing the process of writing the EP. “I think that was one of the reasons why I liked [to be alone] — I felt like I could really express myself creatively without having the feeling of needing it to sound good. Like, I was okay with messing up on my own. Whereas being in the studio with random people that I don’t really know [and] messing up then was more nerve-wracking. At the time, I had too much on my mind to even focus on being creative.”

The subsequent EP, comprised of seven intensely personal tracks, acts not only as a wrought meditation on grief but also as a dedication to a loved one. Yet, listening to some of the songs, such as the bouncy “Can You Hear Me?” and the house-y “Lose My Cool,” you wouldn’t assume these were songs that arose out of a devastating and life-altering event. “Initially, when I first started writing it, it was kind of accidental that I did this,” Mark says, almost surprised by her own achievement. “But then, at a certain point, it just became really important for me to make sure that the beats and the instrumental made you want to move and be kind of uplifting in that sense.”

More so than that, however, was the fact that, deep down, Mark knew that she was dealing with a fundamental and universal experience. “Everyone has dealt with grief or will deal with it eventually, in life, and I know that [for] some people it’s really hard for them to process it — like the stories I’ve heard from people are just kind of insane. So, it was really important for me to also send a message that you know, there is a light at the tunnel, things do get better, and to bring to those people up and to help them in that way, you know?”

Of course, music is about the listener, but it’s also about the artist, too, and Mark describes the experience of writing the EP as a therapeutic expulsion of her feelings. Even on tracks like “Lose Your Cool” and “Regret” — both written later on in the grieving process — she says that, while revisiting those moments was painful, it allowed her to move on.

Where 3:33am excels, though, is in the intimate portraiture of Amber Mark’s mother, Mia. Snuggled in the middle of the tracklisting are “Journey Into The Unknown” and the mystical and transcendental “Monsoon.” Both these tracks not only feature voice recordings from when Mia was alive — albeit at different times in her life — but also celebrate her love of India.

Mark, who has lived all over the world, explains that while her mother was German, it was India where she felt most at home. “It was where she would have lived the rest of her life out, for sure,” she says, before explaining how “Monsoon” came about: “I would leave India every summer during monsoon season, so I wanted to kind of write about that and how the current state that I was in felt kind of like my mom was just in India.” It was important for the song not only to be specifically about her mother, but it also had to contain a part of her, too. “I had this little snippet that was actually a video of my mother and me on a train in Berlin,” she says. “I thought what we were talking about was really cute, so I decided to add that at the end because I wanted the song to be about her; I want it to be for her.”

This manifested itself in the production, too, with Mark drawing in Indian references and instrumentation “just to show the personality of her.” “I just wanted it to be little accents of what India was to kind of just compliment the song and show my childhood and what she had given me,” Mark says of the production. The result is a song so rich in textures that it’s practically synesthetic, like a swaying quilt of memories arranged in different colored patches.

Such a focused and cohesive body of work might have initially come around serendipitously, but for the collection’s title, 3:33am, things took on a more structured but no less meaningful turn. “Three has always been a really strong number in my life — my mom was born in 1953, my brother was born in 1983, and I was born in 1993. It was the three of us, and my mother passed away on June 3rd at 10:23 pm, the year 2013, so it was kind of already prominent in that sense,” Mark explains. “But the reason why I chose 3:33am is because when I was writing the EP, I would tend to write at night because I felt that was when I was the most alone and had the most space to myself. But for, like, a week and a half straight, I would be in this intense zone of writing or making a beat, and then I’d jump out of it and check the time, and for a week and a half straight every time I would check the time when that happened it would be 3:33 am.”

Mark’s music might be specific to her experience, whether it’s in the title or the production, but as she said earlier that doesn’t make it exclusive. And, as you reach the end of the EP, the mood isn’t despondent either. Instead you feel like together, you as a listener and Mark as the artist, have traversed not only her own personal grief but your own traumas, too. Like all good art, it leaves you feeling less alone.

“I know I was really sad, and I felt there were points where I felt like I was going crazy, and I really wanted to talk about that,” Mark says, our time together coming to an end. “But I also wanted to make sure that people felt like, ‘Okay, if she got through this then we can get through this, too.’”

Pausing, she adds: “I just wanted to show that through the music.” 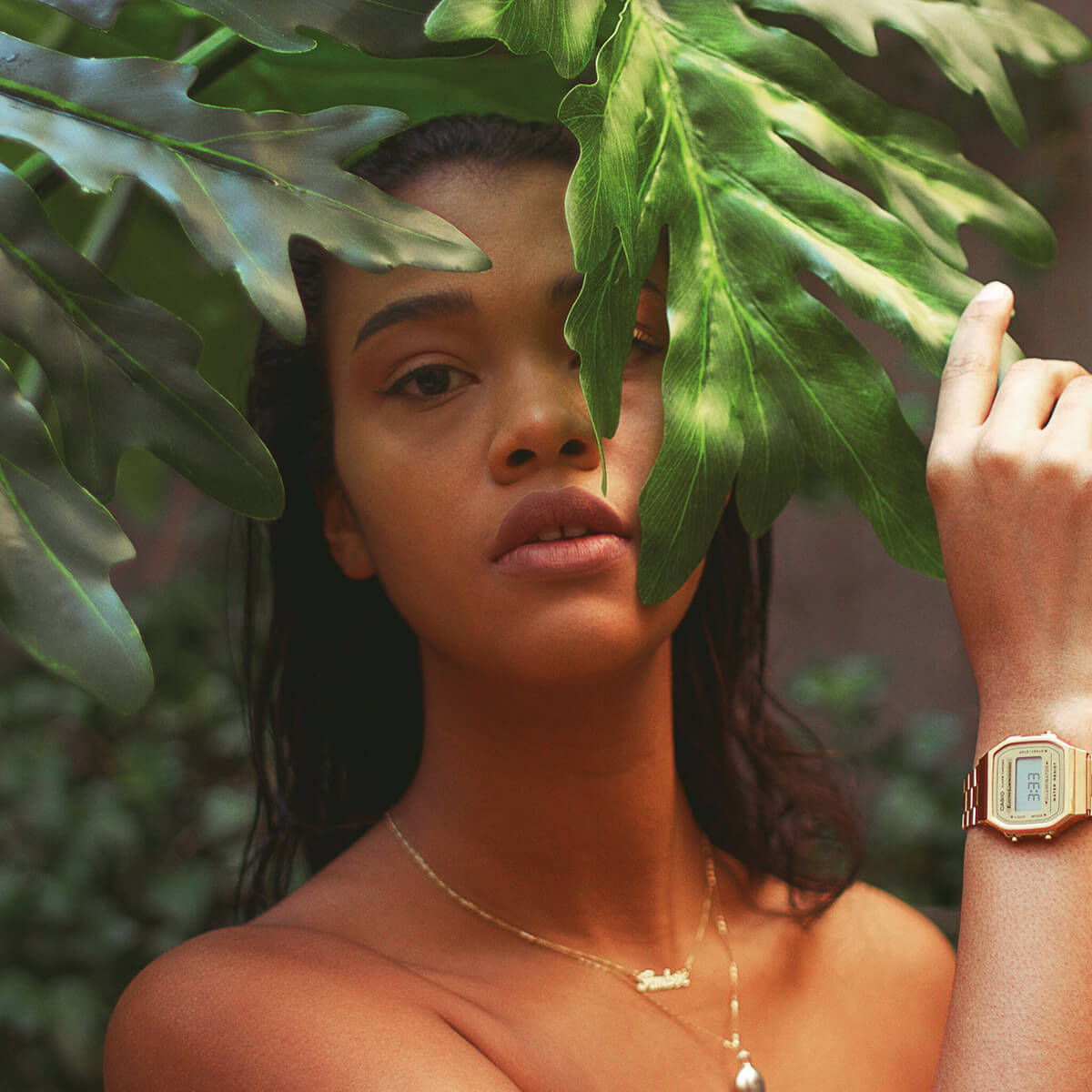