Did you know Hawaii had a royal family? Because they do, and its survived only by a 91-year old princesswho’s a lesbian!

Abigail Kinoiki Kekaulike Kawananakoa has recently returned to the spotlight due to a series of unfortunate legal battles. The princess, who’s accustomed to dwelling amongst prized race horses, Chanel dress suits, and 14-karat diamonds, hasn’t had the easy, painless life we might imagine for a princess.

Currently, Kawananakoa is tied up in a legal battle with her ex-lawyer who seized control of her $200 million fortune and claimed the her highnesswas mentally unfit after suffering a stroke last June. Abigail’s fortune is estimated to be $250 million, an inheritance she earned from her great grandfather. Last October,she married her partner of 20 years, Veronica Gail Worth. Abigail is almost 30 years her seniorwhich is giving us serious Sarah Paulson and Holland Taylor vibes. 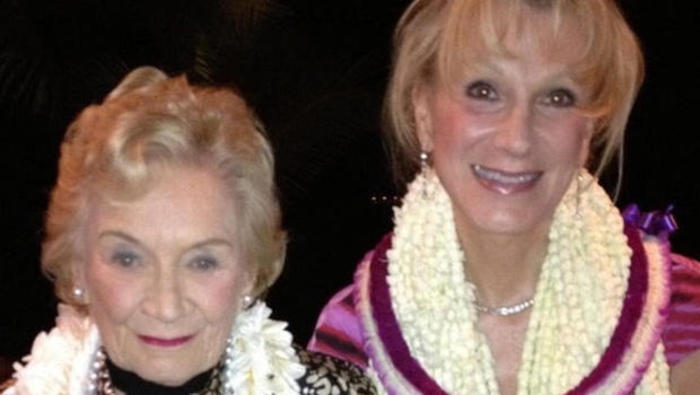 Her new wife, however, is alleged tobe abusive afterthe princess was spotted with questionable bruises.(Worth claims 91-year-olds areprone to falls.)

Kawananakoa doesn’t necessarily have any official titles or duties, but she is the last of the “alii” (Hawaiian for royalty). The archipelago was seized by its first King, King Kamehameha the Great in 1795. The royal family ruled the tropical islands until 1898 when us Americans got our grubby hands on them. The reigning queen at the time, Queen Liliuokalani (sister of the deceased King Kalakaua), was deposed in 1898, 28 years before the birth of Abigail, the Queen’s great grandniece.

Unfortunately, it hasn’t been all sunshine and rainbows for the princess and her wife. The ex-lawyer who Abigail is currently caught up in legal battles with, alleges that Worth is a gold-digger. According to the lawyer, Worth earns $700,000 per year in “allowance” and has sought tens of millions of dollars in stocks and cash.

According to the Honolulu Civil Beat, Worth has a sketchy history too, having been indicted in 1985 with her then-husband and charged with theft in exchange for money or drugs. While her ex-husband went to prison, Worth got off with probation. The lawyer also alleges that Worth is physically abusive to Abigail, and claims to have “photographic evidence” of bruises. Worth maintains that Abigail has fallen and struck furniture due to her age. 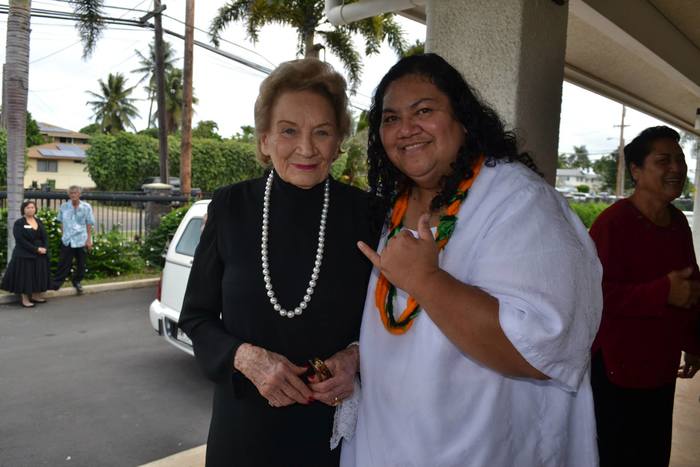