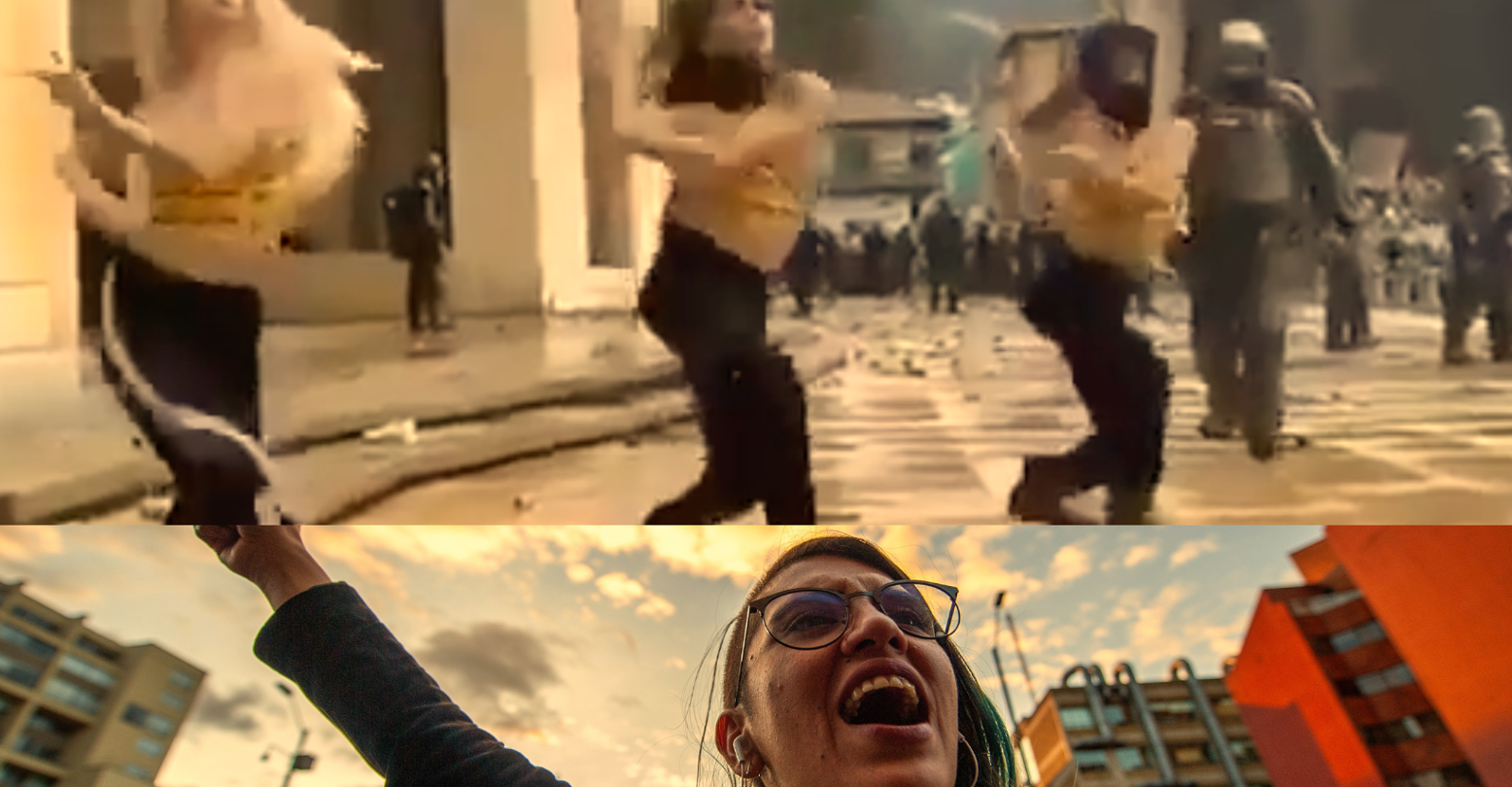 Colombia is having its own reckoning with police violence and racial inequality. Since April 28th, the country has been embroiled in mass protests and demonstrations, which has resulted in weeks of civic unrest and confrontations with police. It’s also resulted in some impressively defiant coordinated voguing.

Videos recently surfaced online of protestors voguing through the streets under the banner of the rainbow flag. One Reddit video, in which the dancers are identified as “trans and nonbinary,” shows protestors voguing directly in front of riot police, whipping around the Colombian flag along with their own hair.

The protests began as a labor strike in response to President Iván Duque’s proposed law that would hike up taxes on income and spending, mostly targeting workers. Duque has since walked back the proposal, but the protests have only intensified. Not only do the protestors have reason to suspect the bill is being repackaged, but the protests have morphed into a general outpouring of frustration against the administration’s failed response to the COVID-19 pandemic. With over 10 percent of the population unemployed, the government has left many with few resources.

For many thousands of Colombians, taking to the streets was only natural. And for some queer folks, voguing is the correct response to hard times and absurd laws.