After director David France wrapped up How to Survive a Plague (2012), his Oscar-nominated documentary about the power of grassroots activism in the early fight against AIDS, he began thinking about what he’d like to tackle on his next project.

The former print journalist likes to “tell stories of people who might initially be considered ordinary, but who have made extraordinary contributions,” so the fierce determination and inspiring courage of two iconic figures in the early days of the LGBTQ liberation movement felt like his next logical step. It was time to highlight the incredible activist work of Marsha P. Johnson and her “comrade in activism and life” Sylvia Rivera.
With France’s sophomore documentary The Death and Life of Marsha P. Johnson, which will premiere on Netflix on October 6, the director chose to celebrate the legacy of those two queer warriors by taking another look into the still-unsolved murder of Johnson, 25 years after it happened. 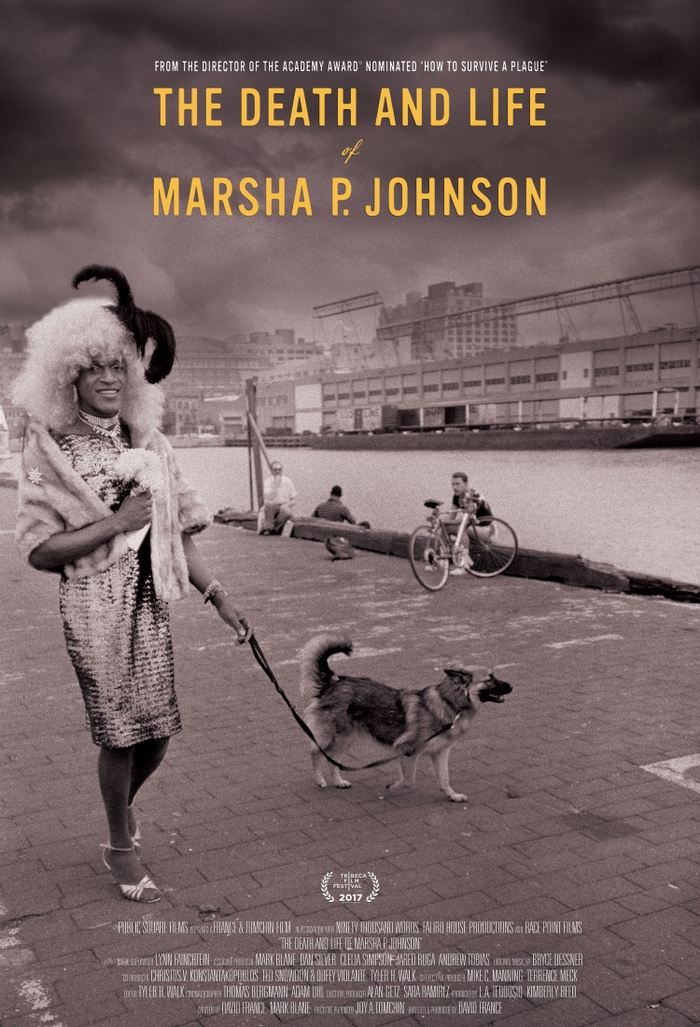 Marsha “Pay No Mind” Johnson was a beloved member of the Greenwich Village queer community and an essential figure in the community’s fight for social justice. When her body was found floating in the East River in 1992, the New York Police Department quickly ruled it a suicide and avoided a more thorough investigation, which sparked outrage within the LGBTQ community.

A fearless fighter for the freedom of gender expression, Johnson played a pivotal role in the Stonewall Riots in 1969. A year later, along with Sylvia Rivera, she formed STAR (Street Transvestites Action Revolutionaries), a housing and support program for transgender women, and the world’s first trans-rights organization. Her tragic death in 1992 represented an unimaginable loss to the community; the fact that it still remains unresolved in 2017 reminds us that, despite all of the recent progress experienced by the LGBTQ community, for trans peopleespecially trans women of colorthe situation hasn’t improved much.

France had a personal connection to the story. He met Marsha Johnson when he first moved to New York in the early ’80s, and like many in the community, he felt captivated by her embracing presence: “Becoming one of the people she called out ‘hi doll’ to gave me license to call myself a New Yorker.” After she died, he started working on a story about the mysterious crime for The Village Voice, but never got to finish it. At the time his main beat was the AIDS epidemic, and in 1992 he’d become “overwhelmed by the deaths that were piling up.” But 25 years later, with Johnson’s case still unsolved (the NYPD reopened the case in 2012), France felt a personal sense of responsibility to Marsha and her legacy, and decided to take another look at it.

He approached Victoria Cruz, a trans-activist who was about to retire from the New York Anti-Violence Project (AVP) and asked her if she’d be interested in looking at old evidence of the case and go after new leads. At first, Cruz wasn’t sure if she wanted to relive her own journey as a trans woman of color in such a public way, but then to honor a promise she had made to her friend Sylvia Rivera a day before her deathto work for the community and to “keep ourselves together” she put her retirement plans on hold and agreed.

Her passion for the cause, her personal connections to the case, and her dedication to searching for the truth made Cruz the person who carried the film. “To watch her feel her way through this investigation was one of the highlights of my life,” says France. The Death and Life of Marsha P. Johnson follows her on an investigative journey to find an answer to the 25-year-old question: Who really killed Marsha Johnson? Cruz digs into incredible archival material, looks at old police records, reaches dead-ends, talks to friends, family, activists. She even gets a made-for-Lifetime line from a retired NYPD officer: “I gotta give you a little advice: Don’t play detective yourself, alright? Leave this to the people that should handle it.” 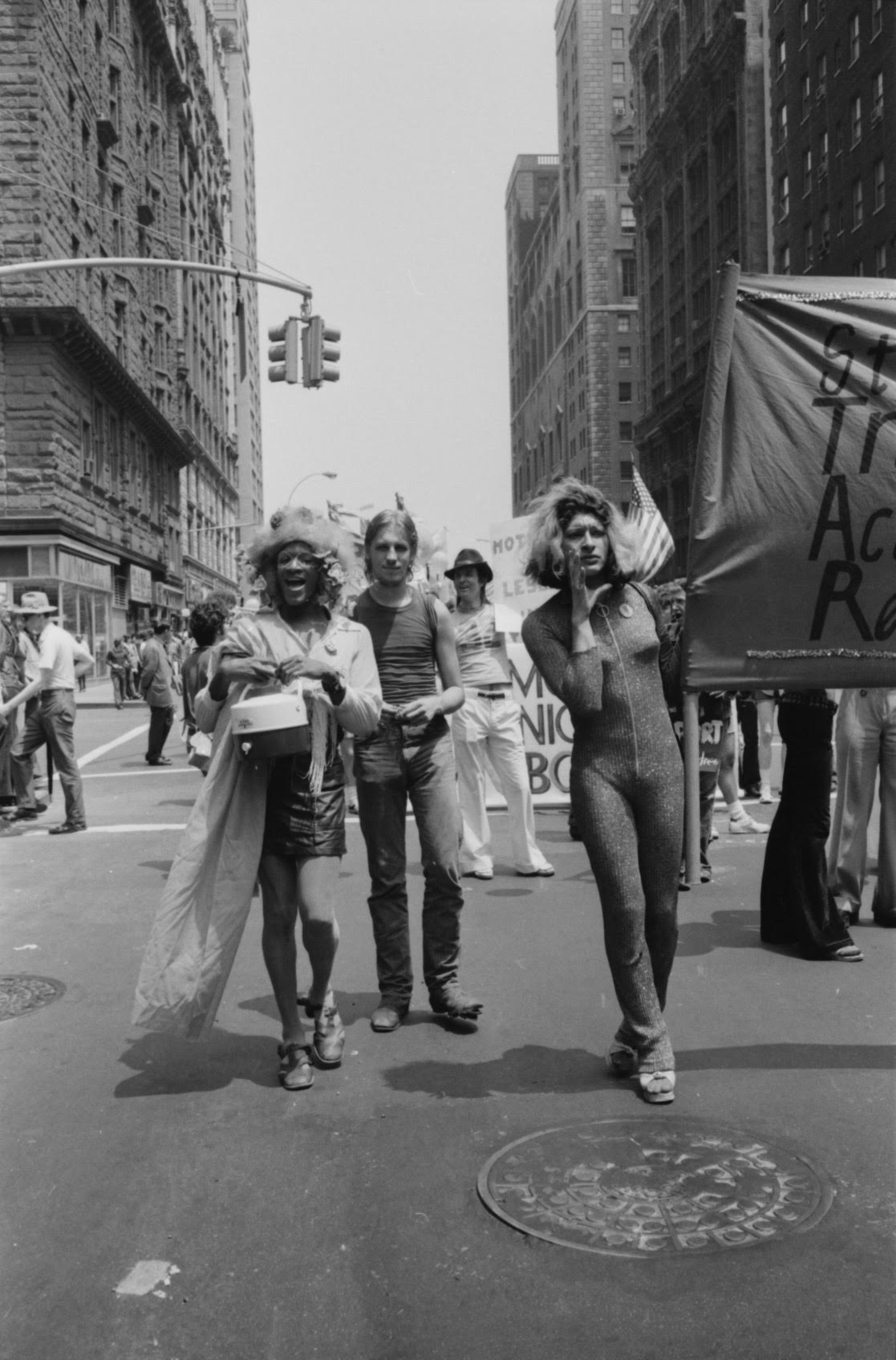 The wealth of video footage recovered by the producers should not go unnoticed: it helps to reconstruct the early days of the trans movement in New York with incredible detail. Mark Blane, the research and archival producer, said the team had to go through thousands of negatives, and most of the material they found was unlabeled. Some would just say “transvestite,” and some would say nothing at all. Some would make them scream in horror, he recalls: “I found a guy in Indonesia who had VHS tapes of Marsha. He sent them to us; when they arrived, I opened them up and little bugs started crawling everywhere. They were termites!” (He remembers screaming.) But at the end, the team recovered important historical material that would probably have been lost forever. “We put them in the freezer, we killed the bugs, we got the tapes restoredand Marsha was there!”

The Death and Life of Marsha P. Johnson follows a classic non-fiction whodunit narrative, enhanced by the dramatic strings score by Bryce Dessner and the film’s noir-inspired shots: scenes in the rain, in low light, in a courtroom. But, as it turns out, the documentary shows that the answer to “the question of who killed Marsha is undoubtedly much larger the identities of man or men may have been the assailant at the end,” notes France. In a way, we all failed Marsha P. Johnson. In a way, we are all responsible for her death. 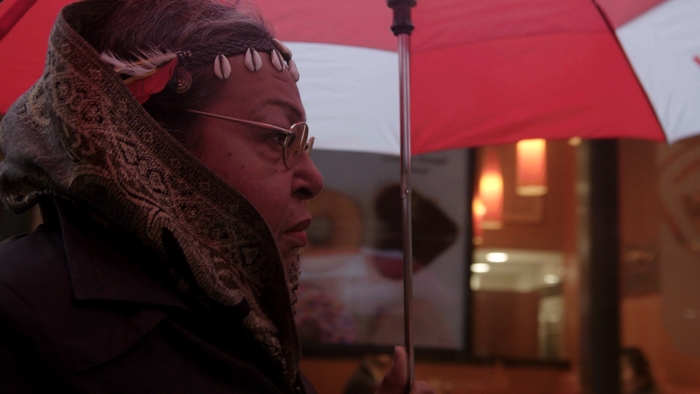 “They’re yelling out from their graves for justice,” Victoria Cruz says in the beginning of the film, referring to the many transgender women who’ve been killed, and whose cases have been left unresolved. France emphasizes that point and gives it a more urgent tone by alternating the film’s focus from the 1992 investigation to a present day-murder: Islan Nettles, a 21-year-old trans woman of color, who was beaten to death in 2013 on a Harlem street. The man who killed her said he’d committed the act in a “blind fury” after discovering Nettles was trans. He was sentenced to only 12 years.

“The chilling reality of anti-transgender violence is an urgent crisis for our country,” the Human Rights Campaign (HRC) president Chad Griffin wrote to lawmakers in February, urging them to address the epidemic. So far this year the HRC has recorded 21 hate violence-based homicides (there were 26 in 2016), and the AVP has tracked 20. (Beverly Tillery, the AVP’s Executive Director explains that they have not yet classified one of them as a hate violence-related crime.) There have also been two additional hate violence homicides of gender nonconforming people (GNC), which increases the official tally for TGNC people to at least 22, according to the AVP. Of those, 16 were transwomen of colorjust like Johnson and Rivera. (As a chilling reminder of the importance of bringing attention to the death of Marsha P. Johnson, on the day that the film premiered at the Tribeca Film Festival in April, Chay Reed, a 28-year-old transwoman of color was shot to death in Miami. She’d become the tenth fatality of 2017.)

The current political atmosphere in the country gave the director an even higher sense of urgency about the story itself. “When I began the work on this film, I had in mind the idea that the transgender movement had come into a dome and had begun to secure a significant place in our culture.” He was wrong. Soon after production started, “it became clear that the gains that we thought had been put in place and that had been won by the movement were tenuous with the rise of Trumpism and the middle America working class white uprising.”

David France’s film celebrates the origins of a tremendous cultural movement and exposes the injustices suffered by the transgender community, whose work was paramount to its success but it’s often neglected, through the lives of “two women who were pushed so far to the margin of the society [but] who nonetheless managed to overcome the marginalization and become towering figures.” He hopes that their story can serve as inspiration: “People [should] walk away from the film feeling inspired and heartened by their own abilities and powers as individuals to take on formidable social challenges and really make a difference.” 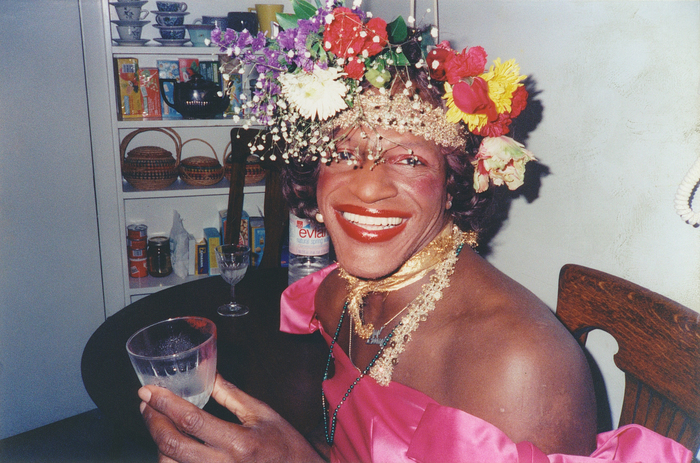