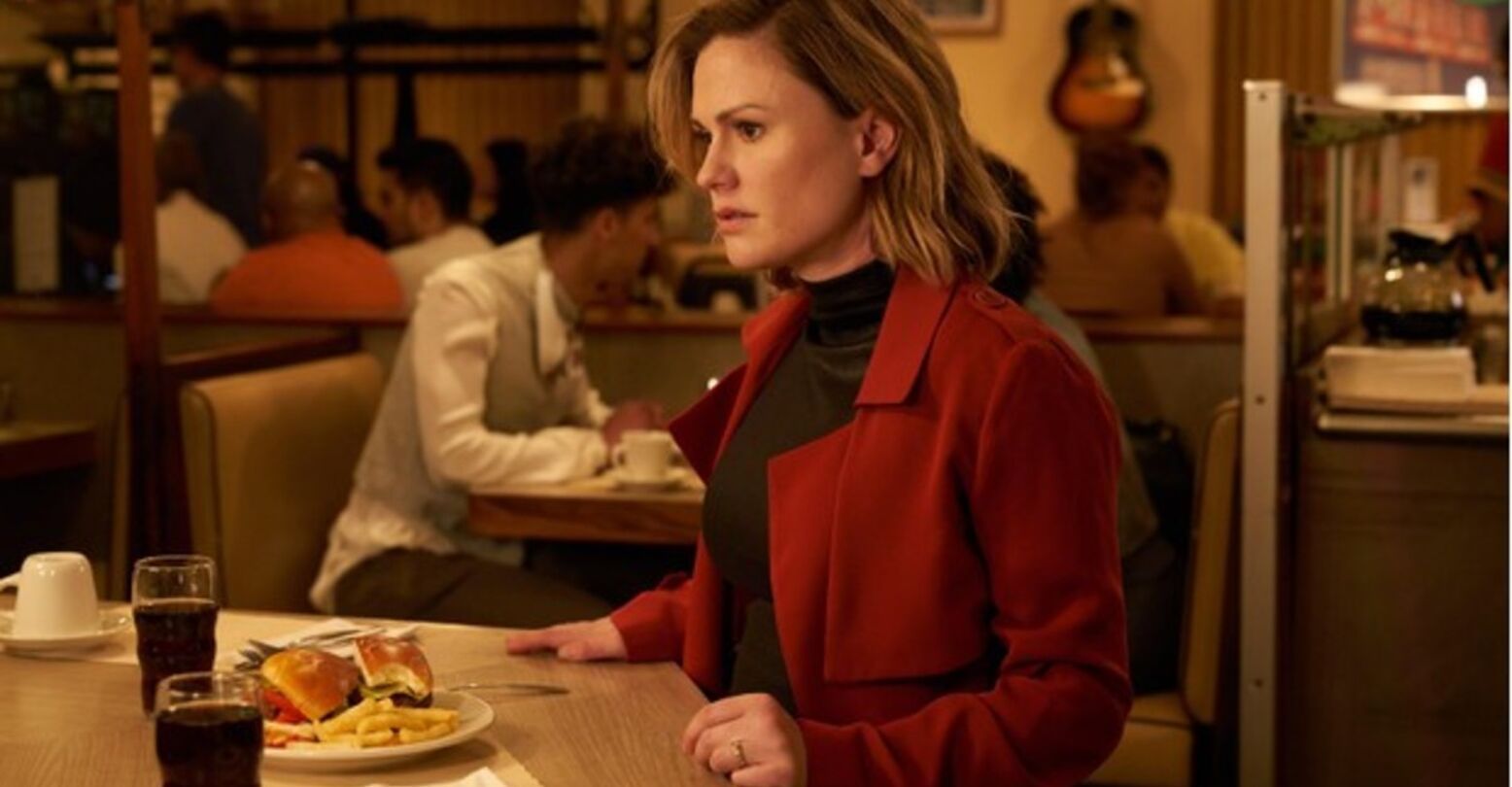 Last week, the inaugural season of Philip K. Dick’s Electric Dreams started streaming on Amazon and featured 10 sci-fi stand-alone episodes based on the works of Philip K. Dick (best known for Blade Runner). One episode in the anthology series stars bisexual actress Anna Paquin as Sarah, a futuristic supercop. The episode, which is very Black Mirror-esque, is a dark, heartbreaking mindfuck that tears through space-time and reality.

But what’s most notable about the role is that it’s Paquin’s first time playing explicitly queer on screen. As a staunch activist for bisexual rights, she’s been on queer-inclusive shows (like True Blood), but we’re finally getting to see her playing lesbian roles in 2018 with both Electric Dreams and her forthcoming film Tell it to the Bees.

In Electric Dreams, Sarah is dealing with a nebulous “massacre” that has left her drowning in survivor’s guilt. Her wife Katie (Rachelle Lefevre) offers her a VR product she’s been developing: a virtual “vacation;” a simulated dream life where she can temporarily escape to, based entirely on her subconscious mind. Sarah takes the bait, sticks the simulator on her temple, kisses her big-hearted, red-headed wife, smiles sweetly, and says, “I don’t deserve you.” 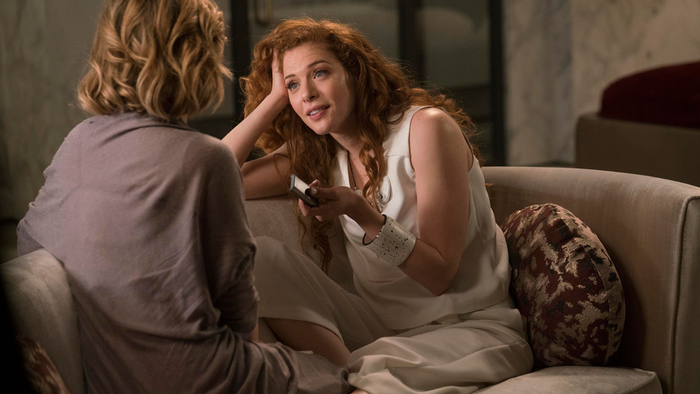 Soon after, Sarah wakes up in dreamland as George (Terrence Howard), a present-day (or nearby) tech billionaire grappling with the murder of his wifewho is also Katiesame name, same person. (SPOILERS AHEAD).

Throughout the 49-minute episode, we jump between Sarah’s two realities, and she loses sight of which one is real. Both realities present sturdy cases as to why the opposite world is actually the simulation: As George, the character is a constantly confused amnesiac, and remembers facts from George’s life as if he’s experiencing them for the first time. But George’s associate insists that his perfect life as lesbian futuristic supercop, who has a gorgeous wife that always wants to have hot lesbian sex, is the simulation: that life is too perfect. It’s his escape, and the only reality where he can still have Katie.

But each time Sarah wakes upand one of these times, she and Katie do have hot lesbian sexKatie convinces her of the opposite. Katie recalls the last thing Sarah muttered before drifting off: “I don’t deserve you.” Katie says the dream world was a projection of all the guilt Sarah’s felt from the massacre, and that the simulation created a world based on her subconscious, which truly believed she didn’t deserve her wife. So in the dream world, she doesn’t have her wife. Both realities present perplexingly convincing arguments and melted my brain into a pile of alien space-goo.

By the end of the episode, George is convinced that Sarah is made up, and he smashes the VR headset that allows him to become Sarah, permanently preventing him from going Back to the Lesbian Future. But in Sarah’s reality, we see Katie watching George through a holographic monitor, and Katie screams and cries for Sarah not to stop smash the VR headsetbut it’s too late. The Sarah she knows is gone forever. Which was real? Why are people straight? We’ll never know. 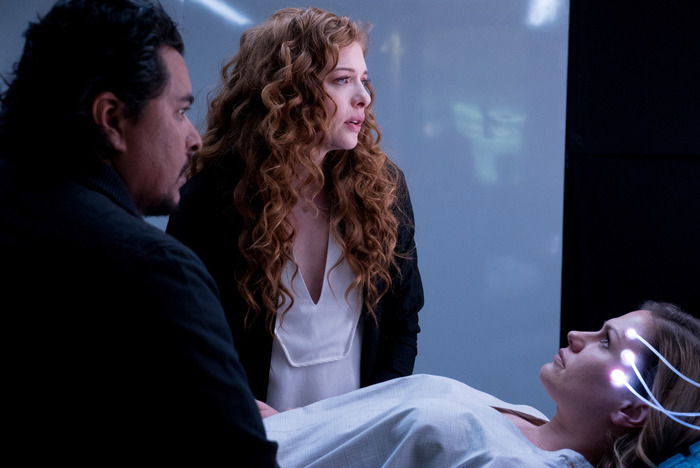 Heartbreak aside, the lesbian content was spectacular. The sex scene was brief but super hot, passionate, and realistic. After the couple has sex, Sarah tells Katie that she was a man in her dream world.

Sarah says, “Straight,” and Katie retorts, “Even in your fantasies, you only like girls,” which had me quipping,“me” at the TV.