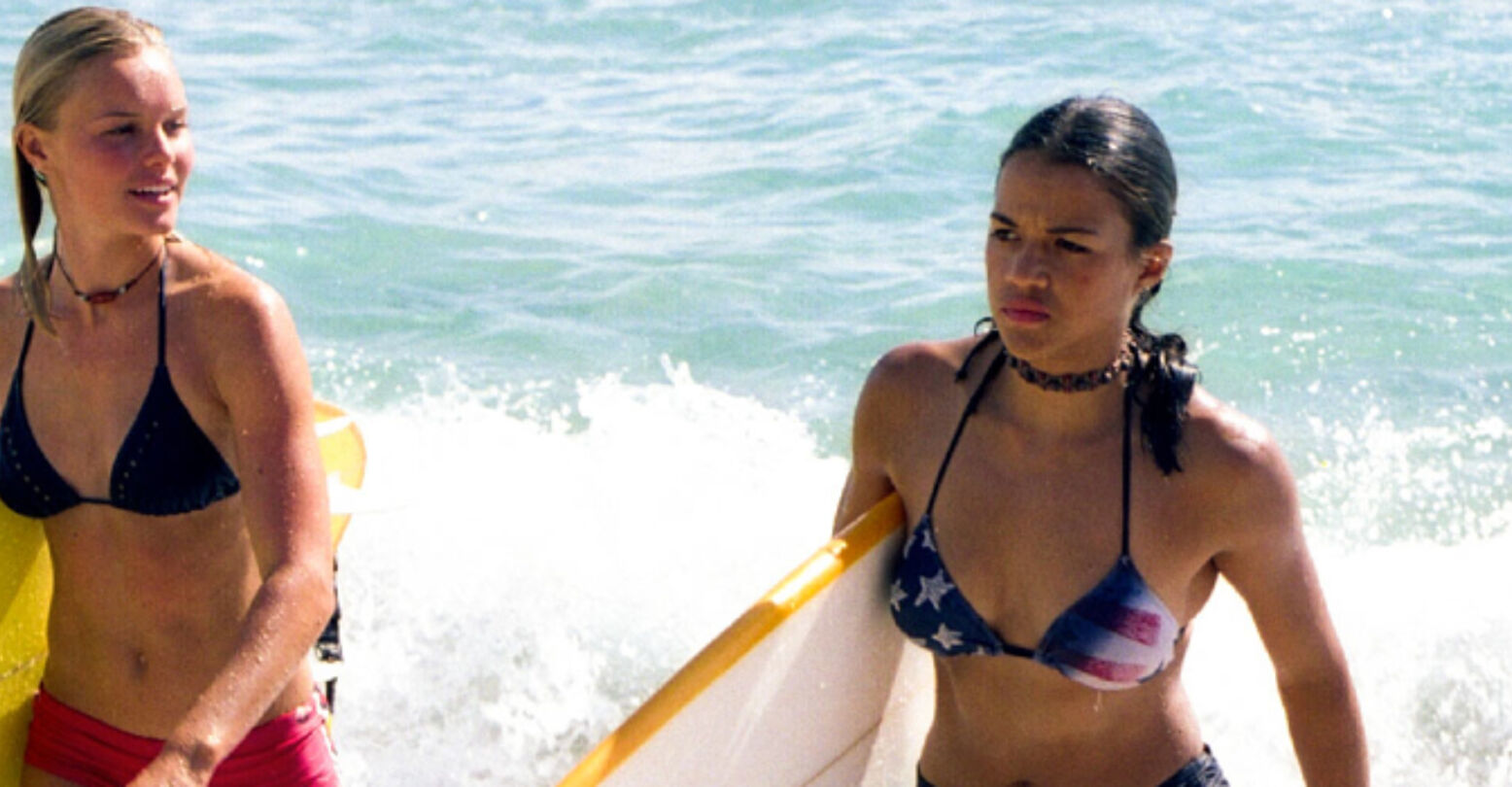 #TheMeg is a good combination of humor and horror. 🦈🦈🦈#JasonStatham's body is a splendid feast for me 🤤🤤🤤 (I guess I have #daddyissues, so #gay 🏳️‍🌈🏳️‍🌈🏳️‍🌈)… pic.twitter.com/vf6myTwSec

New aesthetic for 2018 is Ruby Rose as a boat skipper in #TheMeg . Gay icon

#TheMeg “Ruby Rose is in it” Gay Part of me: “…one ticket to the Meg please”

Best decision my gay ass has done in a while 👍🏼

A film starring an almost offensively heterosexual man and a gigantic sea creature doesn’t sound like the type of film that would send queer people rushing to the box office, and yet, almost every gay and bi+ person I know turned out for The Meg, and they turned out hard. Even though the movie doesn’t feature any same-sex storylines, queer people might be on to something here: Are all movies about the ocean gay?

Think about it. Almost every major motion picture set by the sea has an expansive gay fan base — the LGBTQ community literally ensures the success of every sandy beach movie that’s ever flowed through Hollywood. Deep down, I think I always knew that Gay Sea Movies was a genre, I just wasn’t ready to admit it. And now I have the evidentiary support to prove that ocean movies are exclusively for queer people.

Exhibit A. Lesbian queen Ruby Rose is featured prominently in this supersized shark movie, and even though she doesn’t play queer, she’s still there, OK? The plot of this thriller-comedy is extremely queer: The Megalodon, endearingly condensed to The Meg, is an angry, bitter gal who has spent a lifetime wallowing in the abysmal depths of the Pacific Ocean. One day, she fucking snaps and can no longer bear the burden of stifling her true self or hiding herself from the world. But when she finally reveals her truth and surfaces and, naturally, hormonally lashes out at her oppressors, surprise surprise—she’s greeted with fear, hatred, and white men who want to shove her back in the closet—I mean, abyss.

Seriously, what was the source material for this movie? Me? And not for nothing, but the whole prehistoric angry lesbian trope has been done before — lest we forget that all the violent rage-head dinosaurs in Jurassic Park were female. As I always say, life finds a gay!

If you haven’t seen 2006 cinematic tour de Aquamarine, then I’m sorry for your heterosexuality. Some major bullet points: It stars JoJo Levesque, yes, the (barely) forgotten queen of pop who gifted us with hits like “Leave (Get Out),” “Too Little Too Late,” and “Baby It’s You.” Levesque stars alongside a barely teenage Emma Roberts as best friends who discover a real-life mermaid, played by Sara Paxton.

The duo becomes wholly obsessed and enchanted by the vivacious siren, as one would, and even though there are mediocre male love interests in the movie, lez be honest: this is a movie about falling in love with a woman. A legless, amphibious, shimmery one, yes, but then again, doesn’t the first time you fall for a woman feel exactly like falling for a mystical, glittery, mythological sea creature? It feels impossible and all-encompassing and (sometimes) secret. It blows up your entire world and reality, and challenges what you thought you knew about yourself and the world. So even though any movie starring a famous pop star is inherently queer, Aquamarine is exceedingly lesbian.

If you were a fan of ’90s-girl backward hat culture, like Alex Mack and the Olsen Twins’ movies, then chances are, you’ve seen Andre. Based on a true story, Andre follows a little girl in Maine named Toni (Tina Majorino) who wears backward hats, plaid, and denim vests (these are her main character traits). Her parents are “animal enthusiasts” who decide to nurse an ailing seal back to health, but Toni becomes particularly close to the sea animal.

Allow me to dive deep here: When queer people are young, I think we often seek attachment and companionship with strange and sometimes off-putting “partners.” Whether it’s an imaginary friend, an unwitting doll, or an unsuspecting animal friend, having a close friendship with an inanimate object or other species is an extremely queer experience.

I’m serious. At an early age, we’re often unaware of stuff like sexuality or attraction, but we know we’re not into the traditional things we’re expected to be interested in, like being chased by boys on the playground or sharing innocent kisses or crushes with boys. Since I didn’t know that having intimate relationships with girls was a possibility, I often found solace in my toys and sports and four-legged friends. I’m sorry this blurb got so dark so quick, but what I’m saying is, I saw myself in Toni, both aesthetically and in her off-putting emotional attachments to things that aren’t human.

Obviously this goes without saying, but every Blake Lively movie is a gay movie. The former Gossip Girl star and natural heiress to the Lower East Side is one of those rare and effervescent jewels that both gay men and lesbians can agree on. With that being said, it feels like The Shallows was literally made for the LGBTQ community. Based on my research (which is just, like, knowing gay people), I think it’s fair to say that 95% of The Shallows’ fan base is queer.

Another shark thriller, this movie follows Nancy Adams (Lively), who loses her mother and heads to an unfrequented beach for some serenity and clarity. While surfing alone (idiot), she gets chomped by a Great White and hops on a nearby rock to survive. Eventually, she must swim to a buoy to beat her tormentor and get her sweet, sweet revenge. So, to recap: The Shallows is about being hunted: gay. Vengeance: canonically gay. Mommy issues: they exclusively belong to queer women.

Does this one really need an explainer? Starring Kate Bosworth, the out and queer Michelle Rodriguez, and Sanoe Lake, Blue Crush is literally every millennial queer woman’s root movie. Even though this surfer film was super popular in the early aughts, queer girls were way more into it than our straight friends. I demanded surf lessons from my parents. I took up a sudden interest in the words “sex wax.” I’ve seen this movie probably 100 times, and I still think the funniest part is when the three girls lose their goddamn minds, shrieking and gagging over the sight of a used condom. We get it, you’re all gay! So are we!

Honorable mention to Finding Nemo and Finding Dory, two of the highest grossing animated movies of all time, which are both led by Ellen DeGeneres. Also shoutout to both Mamma Mia! movies, which are set by the sea and are musicals — AKA Gay Sea Movies. And a friendly nod to Ocean’s 8, which takes place nowhere near a shoreline, but has the word “ocean” in the title and stars Cate Blanchett.