Beyond notable queer recording artists of the ’20s and ’30s such as Bessie Smith, and “Mother of Blues” Ma Rainey, the ’60s and ’70s saw a wave of black songwriters with the rising mainstream popularity of blues and R&B. Unfortunately, more are forgotten than remembered, left in obscurity behind more popular, whiter, names.

Known primarily as songwriters in their day, often the legacies of these queer artists are overshadowed by the Carole Kings and the Joni Mitchells of the era. In addition to such circumstances, as sister of powerhouse legend Aretha Franklin, the majority of Carolyn Franklin’s career has suffered that same fate.

The youngest child of six, Carolyn was born in 1944 into a religious household. Her father, renowned spiritual leader and civil rights activist, C.L. Franklin, had become a reverend at the age of 16 and remained so until his death in 1984. Known affectionately as the man with the “Million-Dollar-Voice,” Rev. C.L. Franklin shared his love for music with his family, eventually featuring daughters, Aretha, Erma, and Carolyn in his appearances and sermons as members of the choir. Clearly, talent ran in the family. 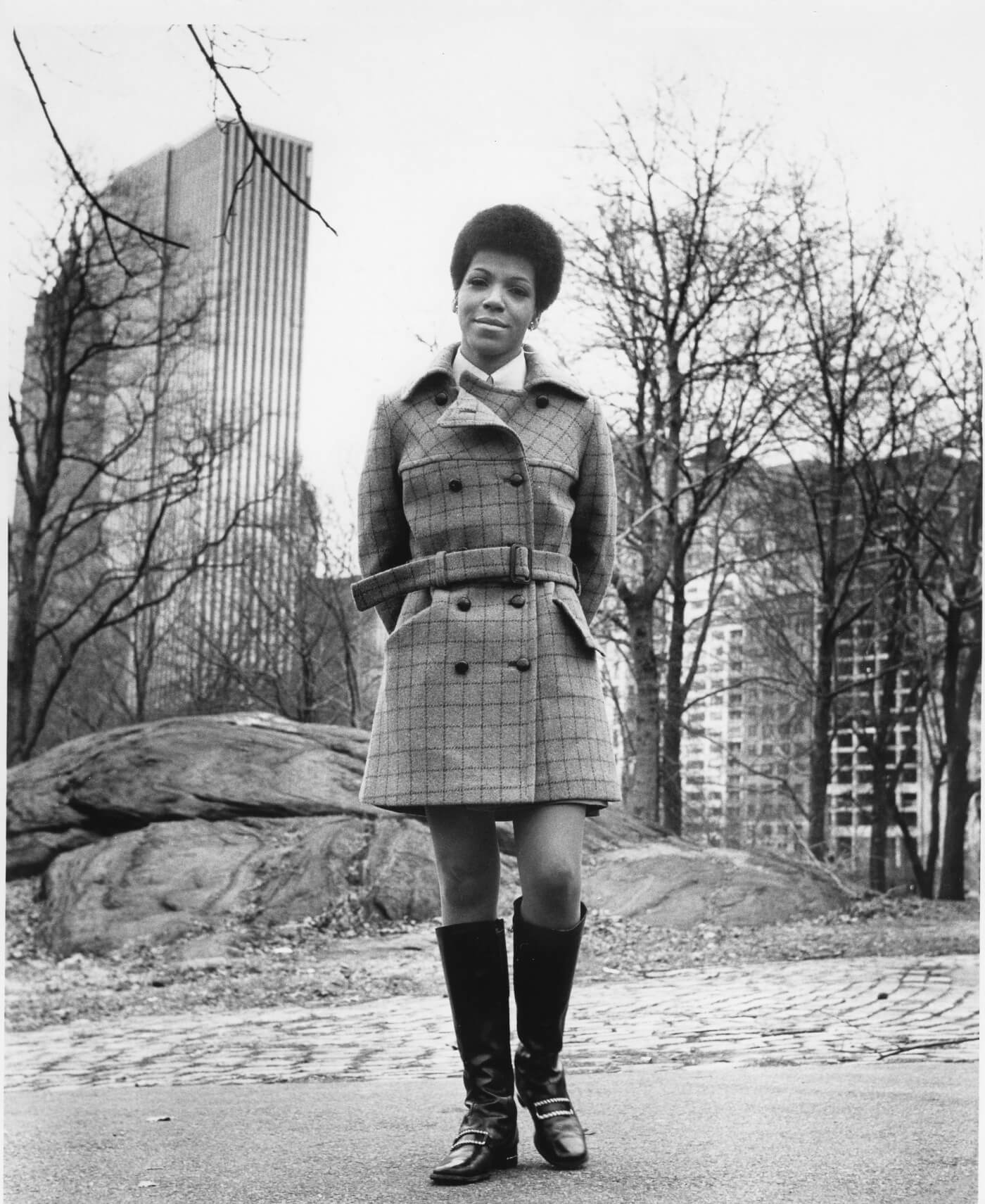 Both Erma and Carolyn would go on to moderate success as vocalists, recording albums of their own, but eventually, Aretha’s light would shine just a little bit brighter. While her success reached unprecedented heights, Carolyn opted to dedicate herself to songwriting after many attempts at a singing career that wouldn’t quite reach the heights of her sister’s. Occasionally Carolyn would make appearances in Aretha’s recordings as a backup vocalist, but it would be her songwriting that would influence their most significant collaboration.

Amongst her contributions to the music world, Carolyn wrote the Aretha Franklin hits “Angel,” “Without Love,” and “Pullin.” Arguably Carolyn’s most successful contribution to Aretha Franklin’s repertoire, however, is the heartbreaking ballad “Ain’t No Way.” Off the Lady Soul album, the song is a gut-wrenching declaration to a lover who is obviously with someone else. The lyrics tell of a woman demanding to be loved without shame and out in the open or else, and it is these lyrics that have been subjected to speculation about Carolyn’s sexuality, an argument that isn’t completely baseless.

While she wasn’t necessarily outspoken about her sexuality, Carolyn might have had anonymity to her advantage, and on that note, might not have had the opportunity to be outspoken, given her famously religious background. Considering that, it isn’t farfetched to assume that would be incentive enough to keep her personal life, if not hidden, then very, very private, known only to a close circle.

In the David Ritz biography, Respect: The Life of Aretha Franklin, Carolyn’s sister, Erma, is quoted saying of Carolyn, “I consider her a great woman… She went her own way, lived her own life, and found freedom in her individuality. She had no shame about her sexual preference and spoke the unvarnished truth.” 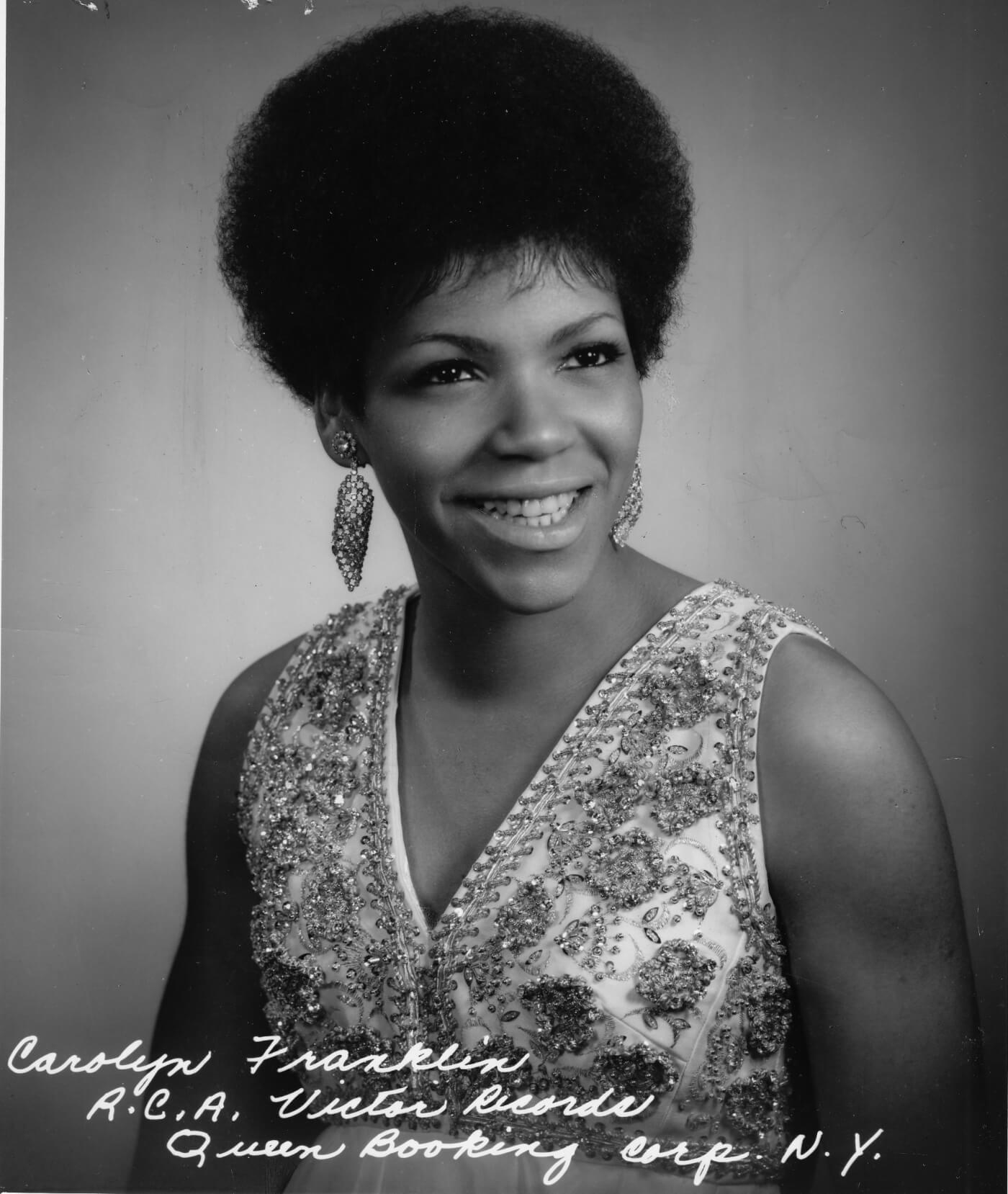 Unlike queer contemporaries like Big Mamma Thornton, who was subject to criticism within the blues and jazz scene for her sexuality, Carolyn Franklin had the advantage of being relatively unknown in comparison to her older sister, and therefore could write about her heartbreak, a secretive affair, and her love of women without judgment or danger,  which was significant enough for a black woman without adding “lesbian” to the mix.

Carolyn Franklin died of cancer on April 25th, 1988 at the age of 44, but not before earning a Bachelor of Arts degree in music from Marygrove College in Detroit, and not without leaving behind her own legacy of music consisting of five solo albums, and writing credits on some of the most beautiful songs of the last century.