Jonno Revanche has always found solace in art and alternate realities. Raised in Australia, between Adelaide and Victoria, the inter-disciplinary creative spent their adolescence scouring the web for like-minded individuals across the world. Years later, these varied connections are now the subjects of Revanche’s dreamy, nostalgic portraits, which capture a sense of intimacy and connection within rural queer communities.

Alongside photography, Revanche also writes essays, edits Vaein Zine, and regularly contributes thought-provoking articles to a variety of publications. This ability to shift between mediums exemplifies a new generation of creatives – as our resources have expanded, so have our imaginations and our willingness to express ourselves across various formats. In order to find out more about Revanche and their work, we reached out to discuss everything from social media and queer representation to millennial myths and, of course, the transcendental power of Destiny’s Child. 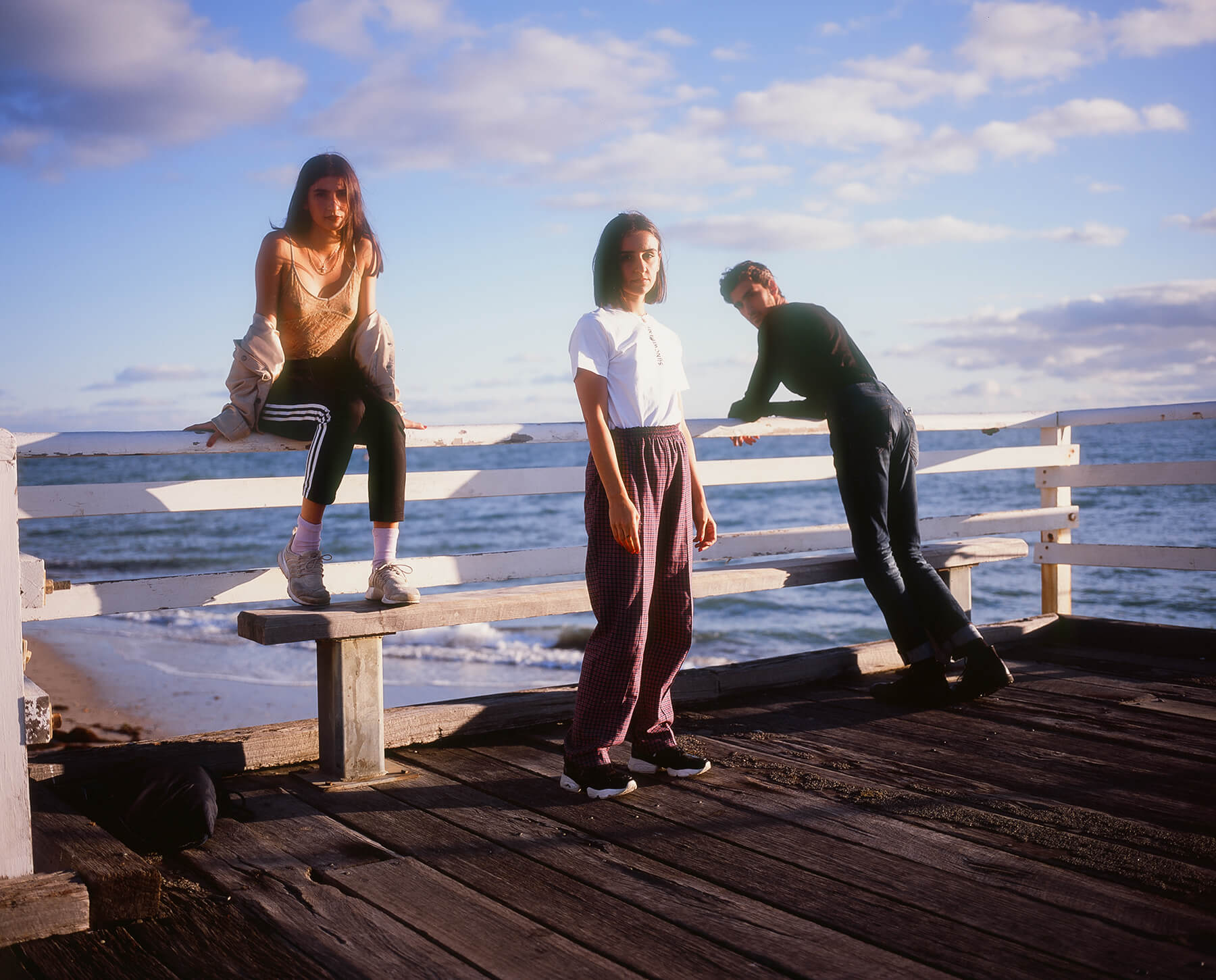 When did you start experimenting with art and photography?

My whole life – I was a serious contender for Art Basel by the age of 3! No, in all honesty, I would say I knuckled down in 2014. In comparison to other mediums, photography came naturally to me, maybe because I wasn’t putting pressure on myself. My grandmother – who had encouraged my creativity since I was young – gave me an old camera, so I used it non-stop for two years and waved it around at close friends, begging them to be my subjects! I had played with disposables and Polaroids but wanted something more substantial. I initially approached it in a naïve playful way, but, over time, invested more energy into thinking what I want to achieve with it. I try to walk the line between intuition and precision; I often fail, but that’s up to the audience to decide! 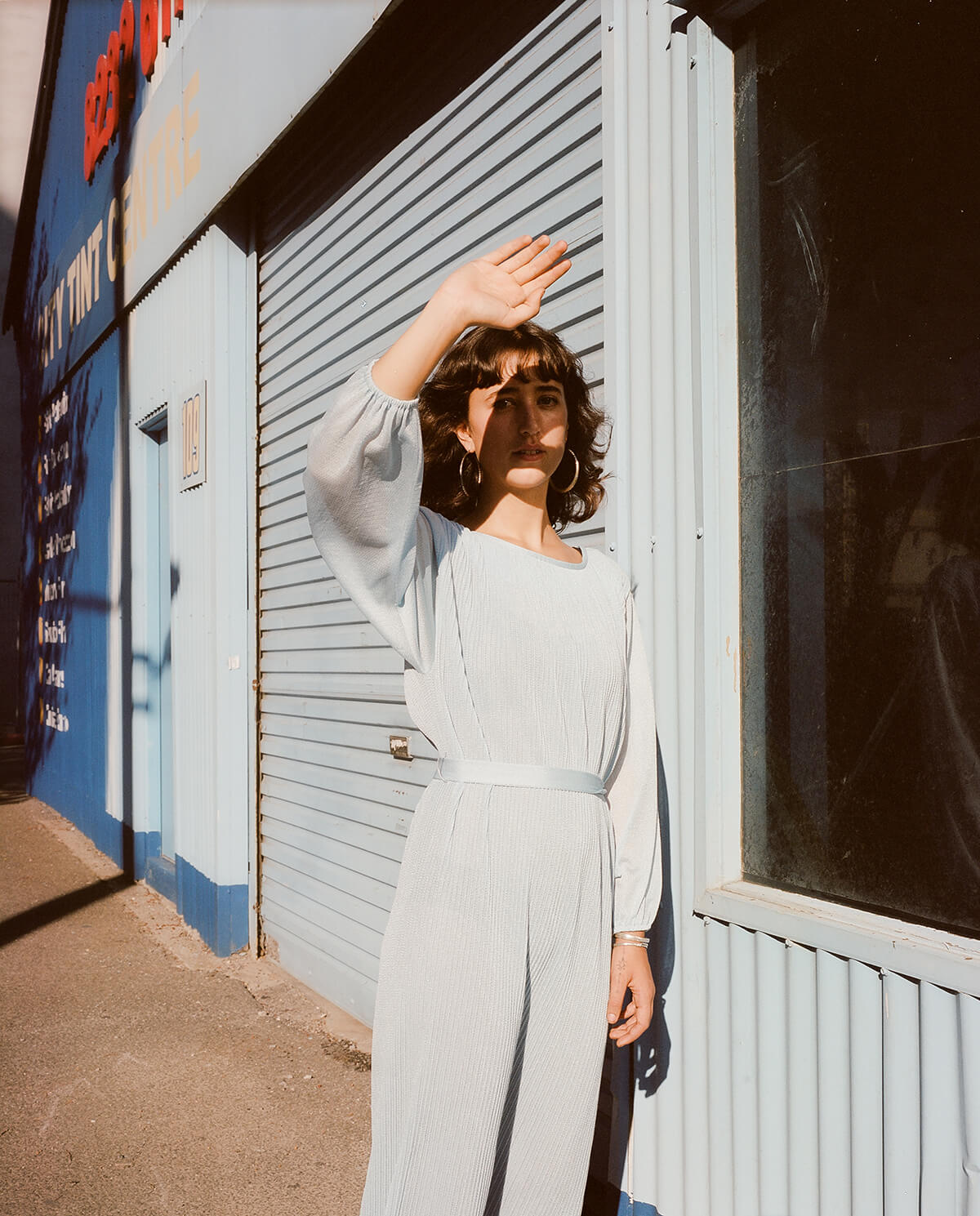 Can you describe some of your early experiences?

For a long time, I had internalized the thought that I wasn’t naturally creative, and wasn’t somebody that would be right to work in the arts. It’s funny how I, like many other people, resigned myself to that in a way; like other femme/non-binary people, I became reconciled to the role of fan or consumer.

Now, I can see that those ideas are leveled against all queer people and ingrained in public consciousness. We have to hustle for approval; to convince ourselves that we’re worthy and that our ideas are valuable. My early experiences in the creative industry were largely met with scorn; it was like my presence was a threat. I didn’t even have to try; it was as if my attempts to figure things out in public made the men around me think I was personally butchering the photographic art form! 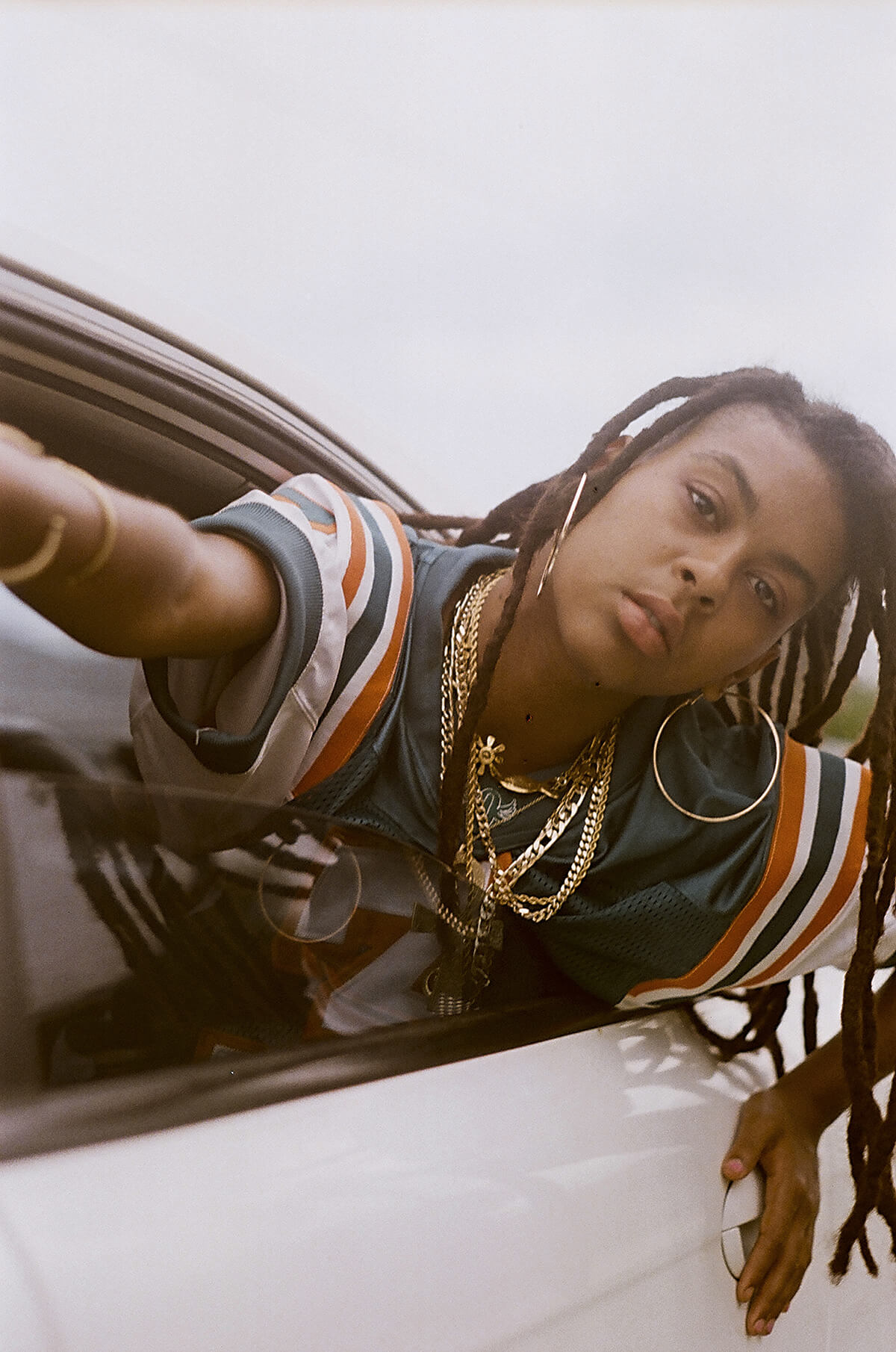 What are the recurring themes of your work? Have they altered over the years?

People – particularly those around me – are my driving inspiration. Romantic friendships and platonic bonds are deeply important to me, so they’ve sustained me when other types of love haven’t been reliable or present. The connection and intimacy I share with friends inform a lot of my photos which, naturally, turned out to be largely portraits. Recently, I’ve noticed that I’ve managed to explore the relationship between people and their roots, the places they live, their cultures and subcultures. People feel angst and discomfort around their beginnings; they want to hide it away like a bad photograph. But wanting to create something beautiful, inspiring feelings of joy in the viewer, is always seen as filthy or of bad taste in the art world – unless it’s understood through a theoretical or academic lens. I acknowledge that thought is there, I just don’t really dwell on it. 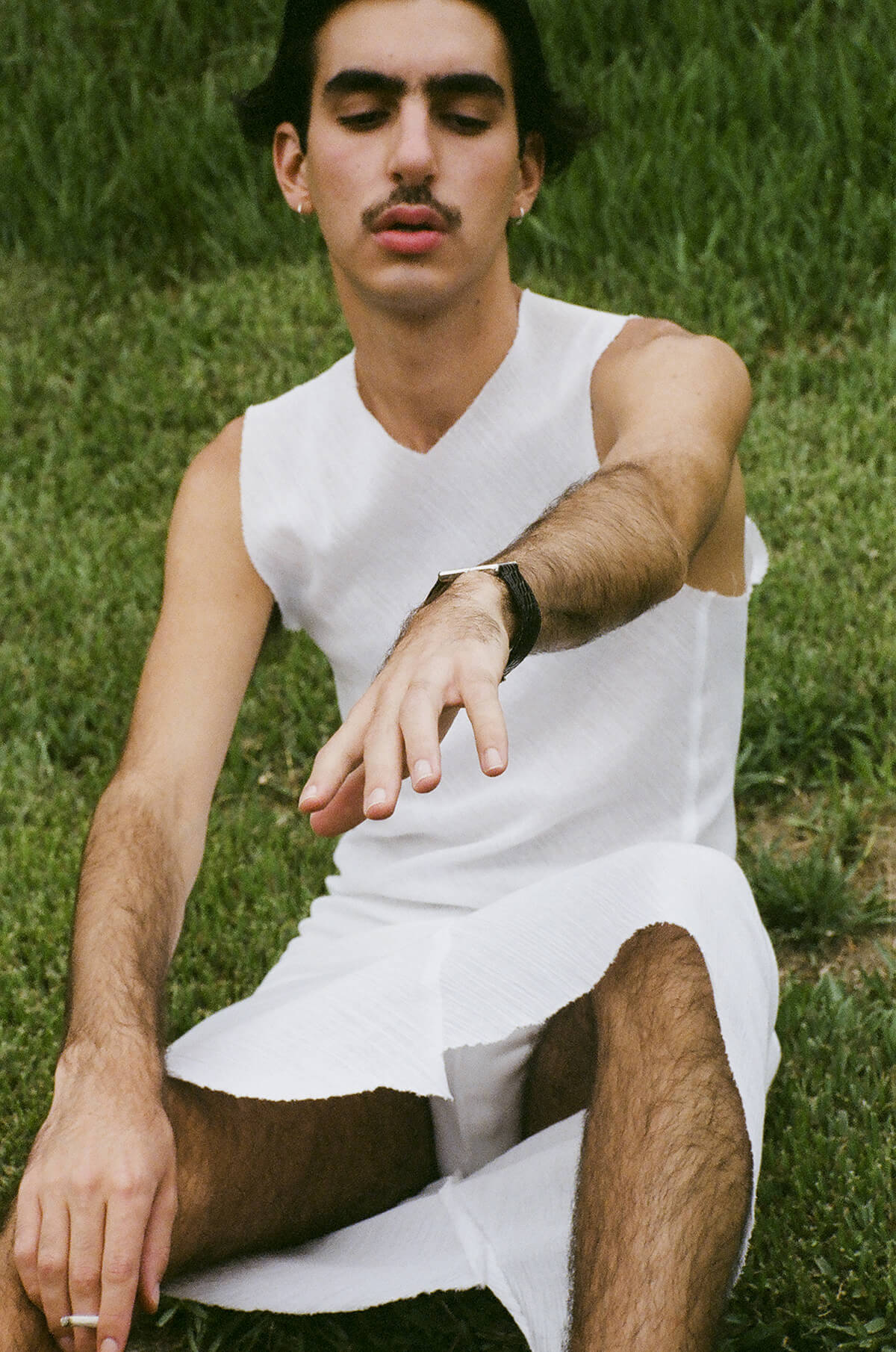 Who inspired you when you were growing up?

I was more inspired by musicians than artists when I was growing up. My dad played lots of Jewel, Mariah Carey, Sade and Jeff Buckley; they became the soundtrack of my childhood, so I now listen to them all the time. Those artists are all hypersensitive – that’s probably why my own art is so dreadfully sentimental and melodramatic.

Also, I should mention that my life was changed when I heard the opening bars of Destiny’s Child’s “Say My Name” in primary school, and again in my first year of high school when they released “Lose My Breath.” That compelling urgency changed me…the most memorable moments in life, where I felt that music could command my body in a really transcendental way, involved the most significant artist of our time, Beyoncé. Keith Haring, David LaChapelle, Mark Ryden and Patrick Nagel all occupied the visual backdrop of my youth, but I didn’t discover their names until later and wouldn’t necessarily say they directly influence my work today. 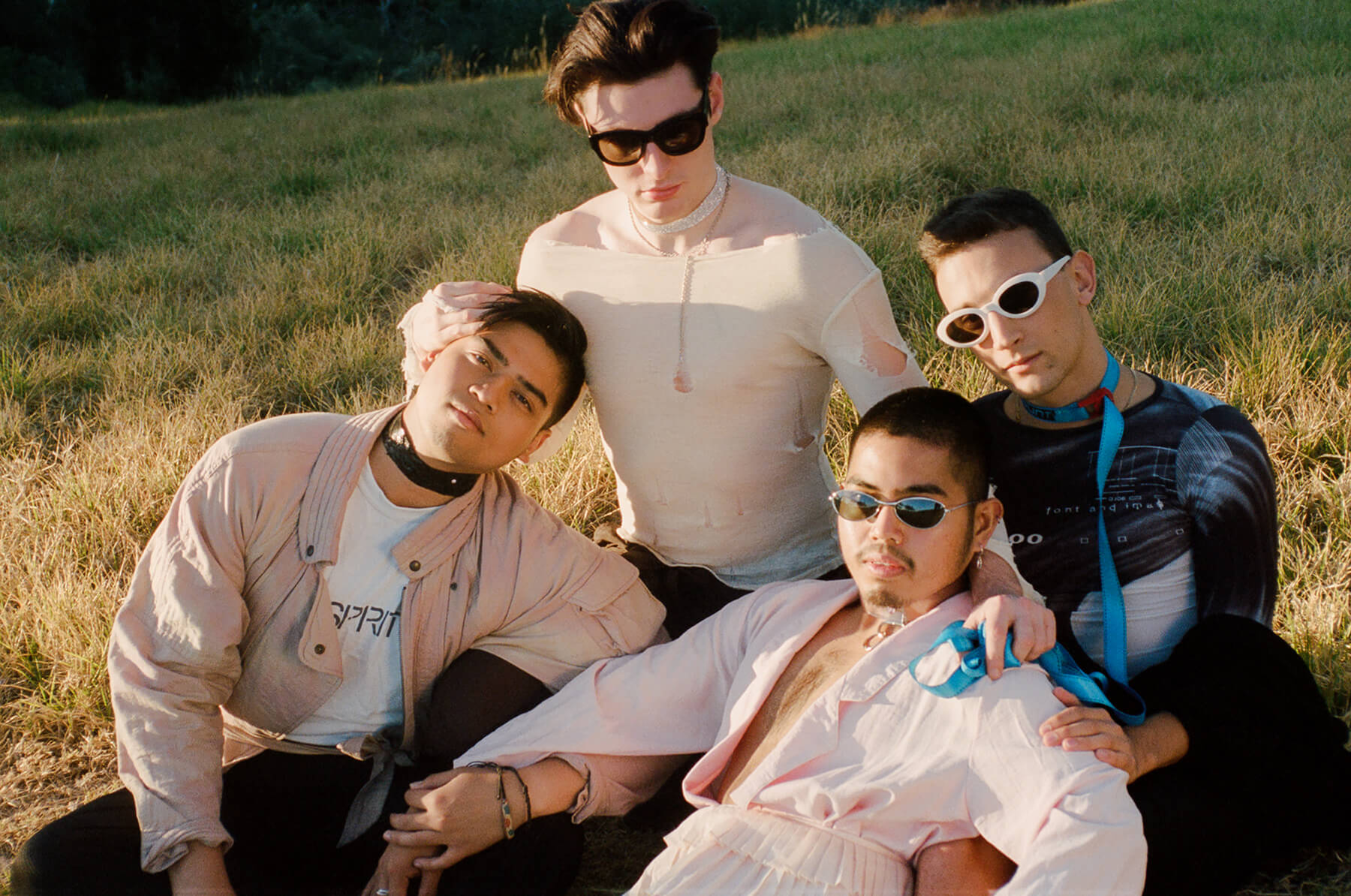 What’s the best thing about growing up queer in today’s world?

Every generation of LGBTQ people has its own difficulties, but I’m certain that the amount of access and information we have via the internet has probably saved lives. Who knew that finding other people online who enjoyed niche anime series could be such a salvation! Even things like internet forums and last.fm helped me connect to people with similar interests long before I found IRL communities or even made a Tumblr.

Discussion of representation is often circular, but the amount of different lives being shown in films and on TV now is arguably so much more substantial than it was in the past. I think it’s important to remember these lives were always celebrated in different countries and pockets of the world, but they were covered up or altered due to cultural shifts. Progress isn’t as linear as we think, and liberation is often conditional, so we really can’t take our freedoms for granted. 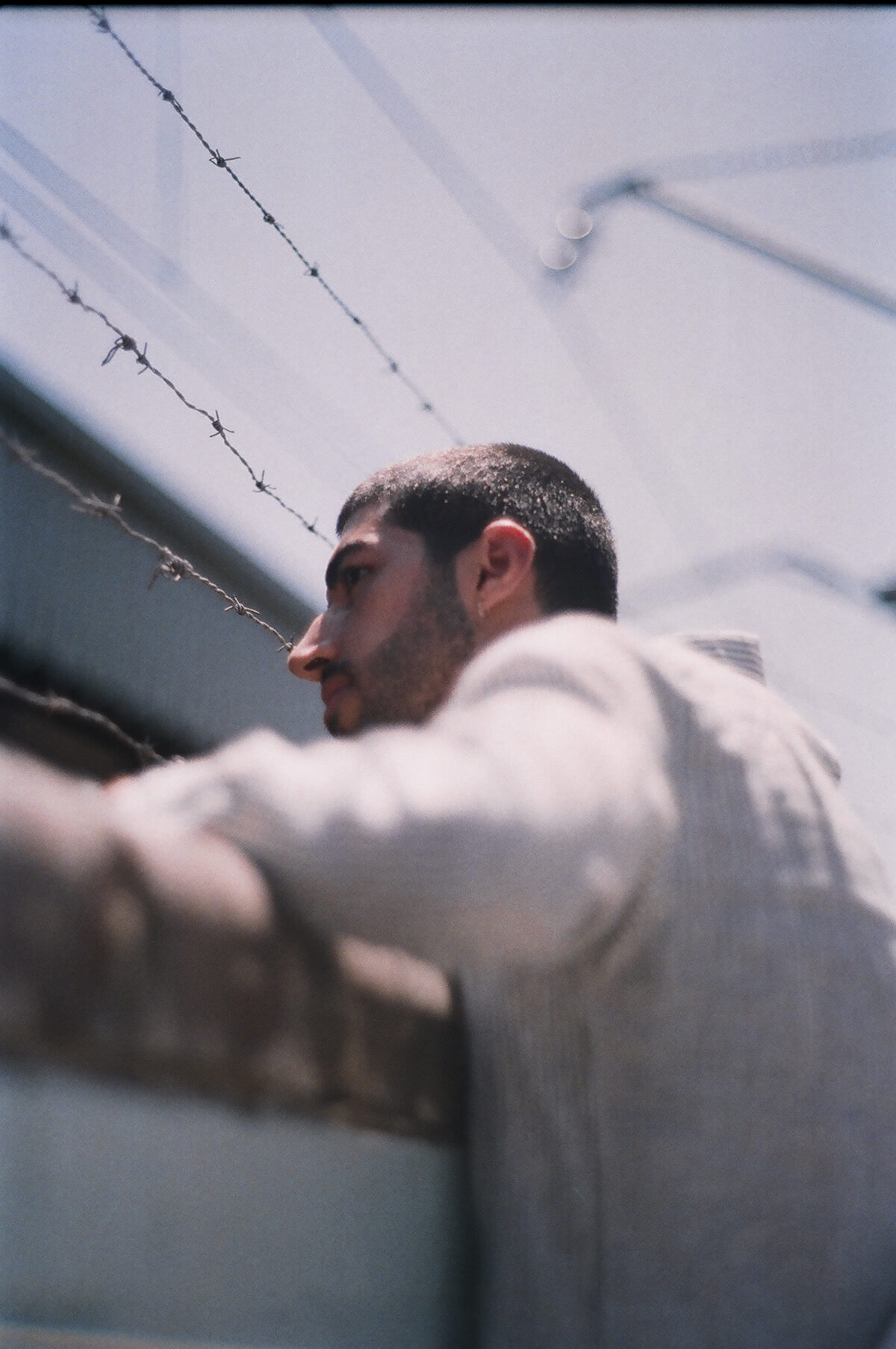 What do you think is the biggest misconception about young creatives?

The amount of times we get called entitled is incomprehensible. I’m sorry that we have to work five times as hard for a fraction of the payoff, and that you still feel threatened by our mere survival – it’s just not even worth debating in my opinion! I do think that, as a result, young creatives are so much more inventive and boundary-pushing than almost any other generation; it’s born out of necessity.

What are you working on at the moment?

A bunch of projects! I can’t stop envisioning and working because I’m an uncompromising Capricorn, but the most immediate thing I can think of is my first photo book. It’s a continuation of the themes I’ve been exploring over the last few years: connectivity and/or isolation, challenging misconceptions of the country, imagining alternative lands/ realities, documenting (mostly queer) people on geographical/social margins, and trying to understand queer life outside of the obvious cultural hubs in Australia. 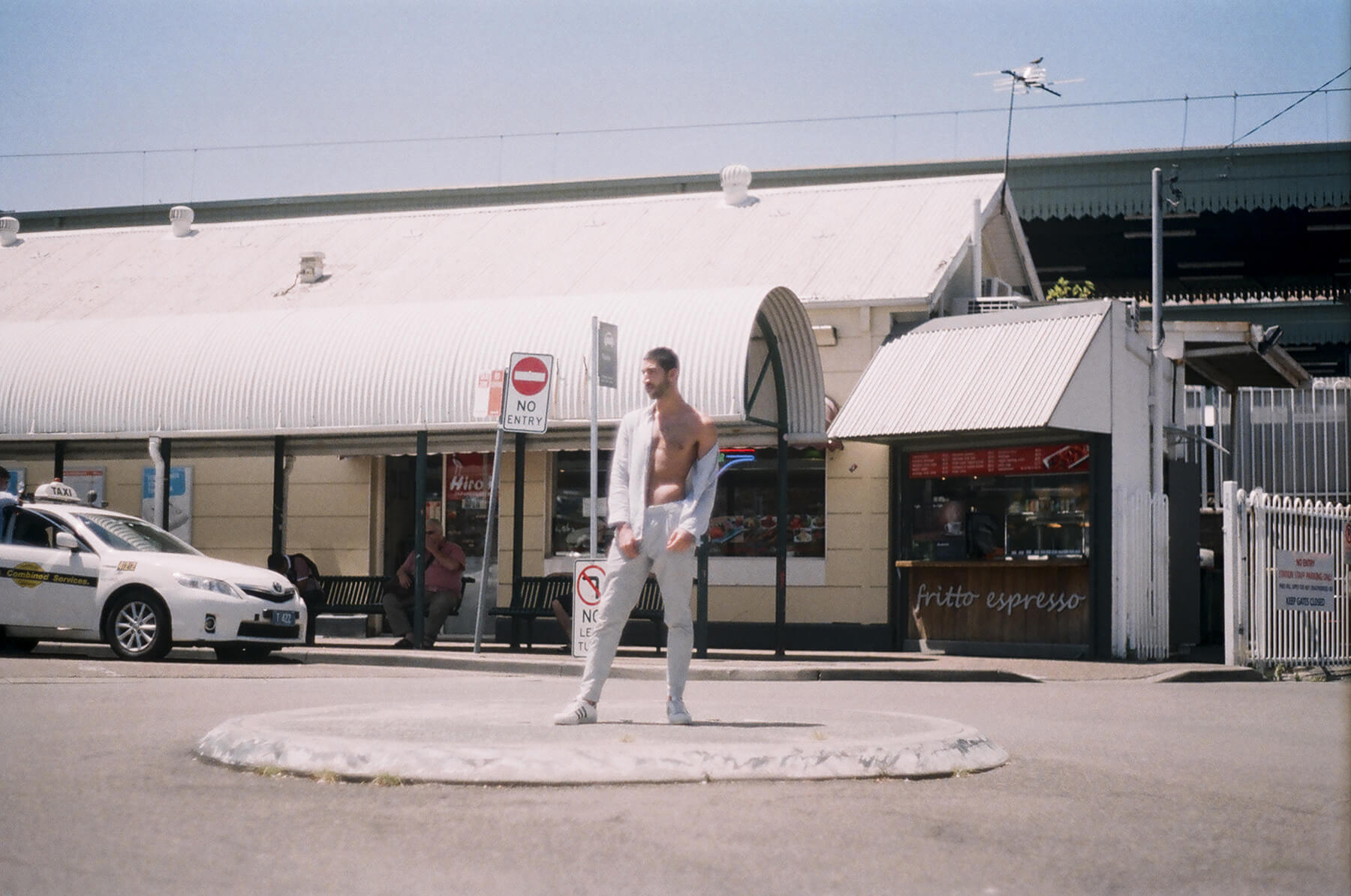 What advice would you give to any young person struggling to come to terms with their identity?

Every time you’ve felt something was insurmountable before, you’ve continued to stay alive and the obstacle has probably passed. Look to art for comfort; try your hardest to put yourself into unfamiliar situations (within reason) if it means meeting the right people and getting the life experience you need and deserve. Remember that every time you succeed, the haters lose! Pain might be a sign that something needs to change, but don’t confuse it with discomfort – that, instead, might just be a signal to step back and accept your situation.