Leanne Jeffs couldn’t be prouder of her son, Cullan.

At 15, he may well be Australia’s youngest ever professional drag queen: Miss Verity Von Queef.

“He’s always been exactly who he is, and has never tried to be anyone else,” Leanne tells INTO.

Cullan has been “dragging up and dressing up” his whole life, but in the last year, at 14, he gave his first two performances to an adoring Australian audience.

The performances happened at Gender Bender Bingo in Canberra, Australia, under the watchful eye of Cullan’s drag mother and mentor, Sydney-based drag queen Penny Tration, who travels down to host the event each month.

But the performances came after a nervous Cullan had been attending the bingo event with his mum for over a year. Reflecting now on the performances, Cullan remembers how he felt the first time he was invited to perform on stage by Penny, in a guest spot.

“I was very nervous,” he says. “It wasn’t about remembering the words — I’m good with lyrics — it was more about slipping over in seven-inch heels and making a fool of myself!” 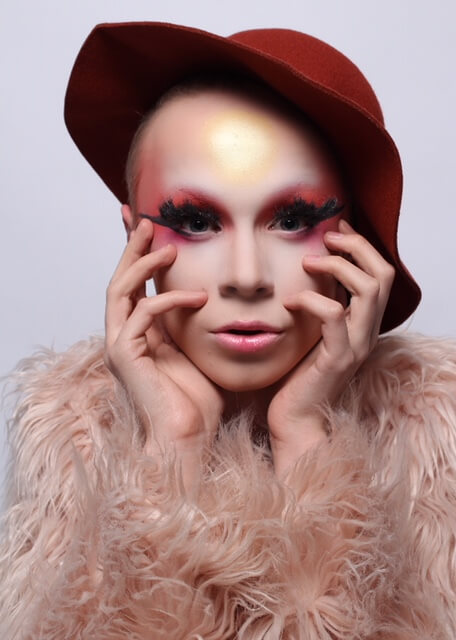 Luckily, that didn’t happen, and the crowds loved Verity.

On the front row in the audience and cheering the loudest was Miss Verity Von Queef’s biggest and most loyal fan — his mum. Leanne says she can’t remember a time when her son was in the closet, so coming out wasn’t something he had to go through at home or at school.

“He’s never been picked on or bullied,” she says. “He’s very charismatic, confident, kind and well-liked throughout the school.”

Since the time Cullan was young, Leanne remembers him borrowing her shoes or his older sister Erica’s dresses. “He’d put on shows all the time,” she says. “He loved dressing up and singing to P!nk. Whoever was in the house at the time had to watch.”

Cullan has always loved dressing up — it makes him feel powerful — and drag is only one part of it. He loves the disguise and mystique of any dress up, something he has done for as long as he can remember.

“I’m obsessed with Tim Burton so have loved dressing up as his characters like Edward Scissorhands,” he says. “I’d live my life as these characters from the moment I get home from school to the moment I go to bed.” 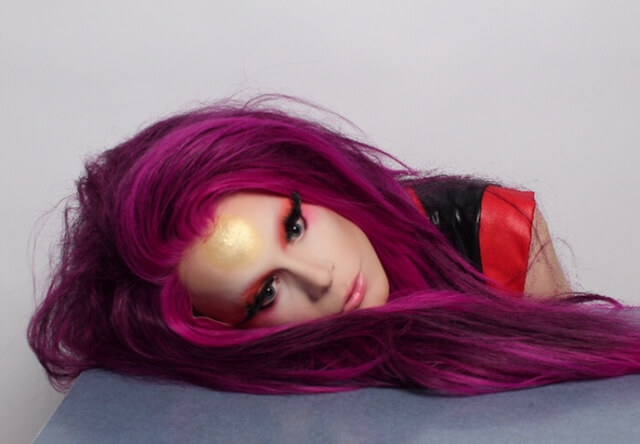 Unlike Sydney or Melbourne, Canberra is not known for being a gay mecca.  So when Cullan saw a poster for Gender Bender at his local pub, with two of Sydney’s biggest drag queens, Penny Tration and Vanity Fayre, as hosts, he could barely believe his luck. “I said, ‘Omigosh, mum! Please, can we go?'” he recalls. “I just nagged her!”

He’d been dressing up as Verity since he was 12. Although Cullan’s parents are divorced, he still sees his dad on weekends, who occasionally gives him money to buy a new wig to match a new look he has dreamt up.

His mum has long supported his creative flair.

“He went to the Queer Expo in drag when he was 14 and loved the meet and greets with the drag queens from RuPaul’s Drag Race,” Leanne says. “He’s always buying wigs and trying new faces – he has a natural talent for makeup and art. Every night he comes home and sits in front of his mirror and does his face. I’m the complete opposite – I’m the non-make-up wearing mum!”

When the night for gender-bending bingo arrived, Cullan was “very nervous” walking in — it was his first experience at an LGBTQ-specific event outside of the Queer Expo.

“I’d never seen Australian drag queens in person before,” he says. “I thought, ‘Oh God, I hope they like me.’”

That night, Penny Tration was hosting the Glam Bingo. She made quite an impression on Cullan.

“When Penny walked out, I was a bit afraid of her!” Cullan says. “She was so tall and glamorous and had this big fluffy coat on. I was a bit nervous to speak to her, so mum did for me in the break!”

Penny (aka Daniel Floyd) remembers that night with fondness and laughs: “’No kids allowed!’ was my first reaction!” says Penny. He was determined not to sanitize his routine to make it child-friendly. “I said ‘I’m doing my normal show, I’m not stopping swearing!’”

Cullan remembers this, too: “She’d turn to me every 10 seconds and say: ‘Block your ears, kid!”

But Leanne was determined to orchestrate a friendship or even mentorship between Penny and her son. “I went over to Penny during the break and asked if she’d have a chat with my son,” Leanne says. “I wanted Cullan to know there’s nothing wrong with what he likes doing, and these are good people.”

Penny laughs as she remembers being told there was an up-and-coming drag queen keen to chat.

“When I discovered how old he was, I said, ‘Does he look like a kid?” Penny says. “And he was tiny — the opposite of me.”

However, Penny’s attitude quickly changed as she got to chatting with the mother and son: “His mum explained she’d been taking him to RuPaul’s Drag Race events and would it be alright if he talked to me. That first night, I got quite emotional about how supported he was and how confident as a result. It shocked me.”

Cullan and his mum came back every month. “We kind of became their stalkers,” Cullan says. 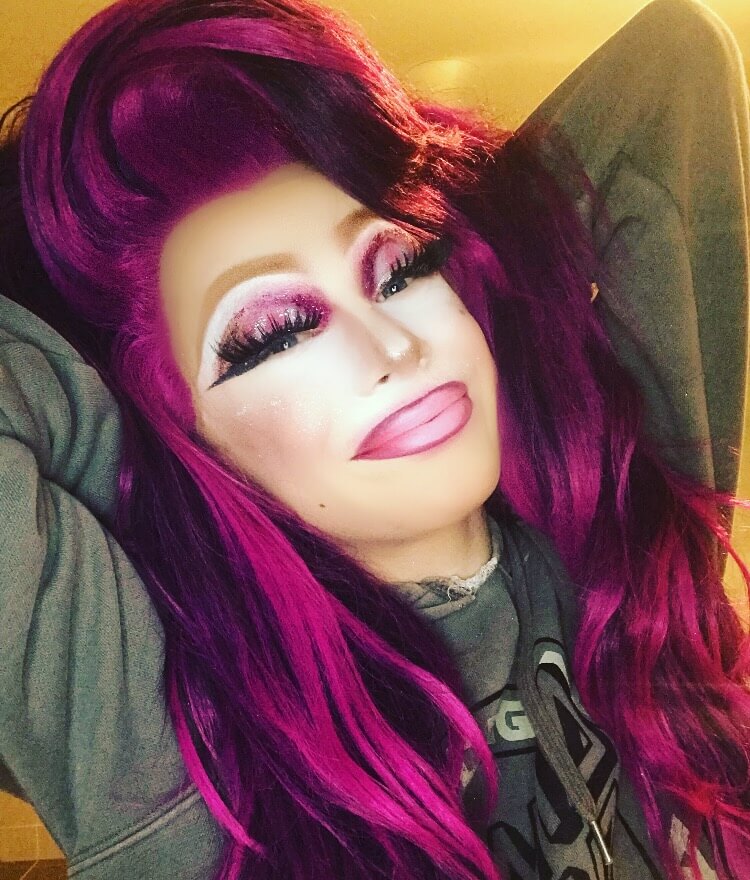 “Cullan rang and asked if it’d be alright if he came in full drag,” Penny says. “He said, ‘I don’t wanna show you girls up.’ I thought ‘Don’t worry love, you won’t!’ He was very nervous, coordinating the time of arrival and we referred to him on the mic a few times.”

After debuting Verity Von Queef as an attendee, Penny persuaded her to perform. “It was coming up to our Christmas show and I said, ‘You should do a number,'” Penny continues. “It was his first spot number. He was doing death drops, the lot — I think the crowd thought he’d fallen over!”

Penny remembers her words of advice pre-performance:  “Beforehand I said to him, have a drink if you’re nervous then realized, ‘Oh fuck, he’s 14!’”

Cullan couldn’t believe his luck as he digested the invitation to perform: “The night they asked me [to perform], me and mum stayed up till 1 am choosing a dress,” Cullan says. “It took me forever to get ready.”

The performance went so well, Verity was invited back. But this time, there was a slight hiccup in his show: Then they asked me a second time, but “by the end of that song, I remember running out of dance moves and thinking, ‘When is this song gonna end?'” he says. “But I did have more fun with it the second and third times.”

Penny was watching the performance and laughs as she remembers it now: “He did the full six minutes 30 seconds version of ‘Holding Out For a Hero’ and I realized we need to chat to him about cutting down songs!” Penny laughs.

Now, Cullan has caught the drag fever. He’s often experimenting with makeup and new wigs: “Mum doesn’t know who she’s gonna get when she comes home from work,” he jokes, “a son or a second drag queen daughter!”

Cullan adores Penny, Carmen and Vanity, referring to them as mentors. “Vanity has taught me how to look after wigs and Penny and Carmen have taught me how to stay polished,” he says. “They’re amazing.” 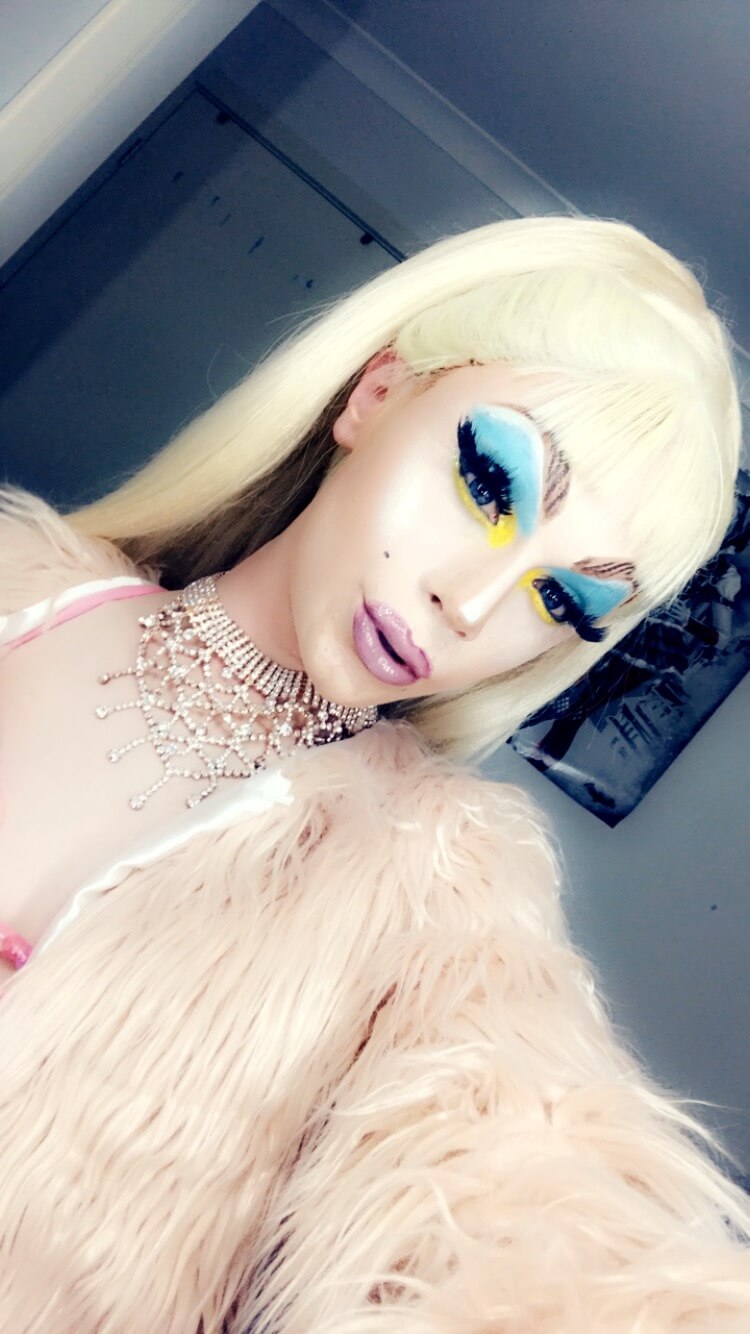 When I ask Penny if this mentorship makes her a drag mama, she balks: “That means these little fuckers are going to steal your job one day!” She’s joking, but continues: “I grew up in a different era — you didn’t give your secrets away; you taught yourself, or if your sisters gave you tips you got a leg up. You didn’t reveal how to cover your eyebrows.”

Still, she has taken young Cullan under her sequined wing. “With Verity it’s different — we’re helping him find his confidence,” Penny says.

If there’s one hope for the future of the industry, Penny says it’s that Australia’s drag history isn’t too Americanized.

“Australia has its own rich drag history with its own vernacular, which is under threat of erasure from the popularity of RuPaul’s Drag Race. I’d love to see Verity continue to keep that proud Australian tradition alive.”