Israel Folau, an Australian Rugby player commented on his own Instagram picture saying that gay people will go to hell.

The original post to be originally about the roller coaster of life being apart of God’s plan. But when another user commented to ask what God’s plan for gay people was, Folau said “HELL.. Unless they repent [for] their sins and turn to God.” 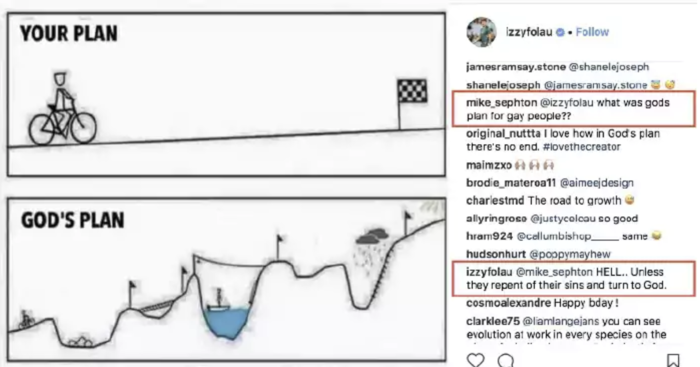 Raelene Castle, Chief Executive at Rugby Australia, released a joint statement with Folau’s team saying, “Israel’s comment reflects his personal religious beliefs, however it does not represent the view of Rugby Australia or NSW Rugby. We are aligned in our view that rugby is a game for all, regardless of sexuality, race, religion or gender, which is clearly articulated in rugby’s inclusion policy.”

Castle also stated that they are planning to talk to Folau further about the incident.