The interior of Barbara and Barbara is bursting with color. On one large wall of the hair salon, located in Chicago, is a bright, whimsical mural depicting an enchanted forest.

In place of leaves, the trees are bursting with fiery purple hair, and a large hand holding a pair of scissors glides across the top, snipping away some stray locks. There is a person riding a giraffe, and a woman with bunny ears on a swing hung from a branch. There’s a lion and a fish and a bright green octopus and a unicorn flying through a cluster of clouds.

It’s a small mural in a small salon that is doing some very big things.

The owners of the LGBTQ-centered salon, Amanda Heinritz and Lauren Kieninger, want their space to feel as far from a conventional, straight-laced salon as possible. The design mimics their philosophy, to provide a safe, comfortable environment that feels more like visiting a friend’s house than visiting a salon.

Barbara and Barbara officially became a hair salon in 2010. Before that, it was an art gallery, where the original owners did hair out of the back. Demand for their queer-friendly services grew so large that they decided to make hair their focus.

“People feel very uncomfortable going to get their haircut,” explains Heinritz, “Which, to me, I think is completely unacceptable. You’re in their personal space as a hairstylist… You’re touching them, right? That alone, for many people, could be scary.” 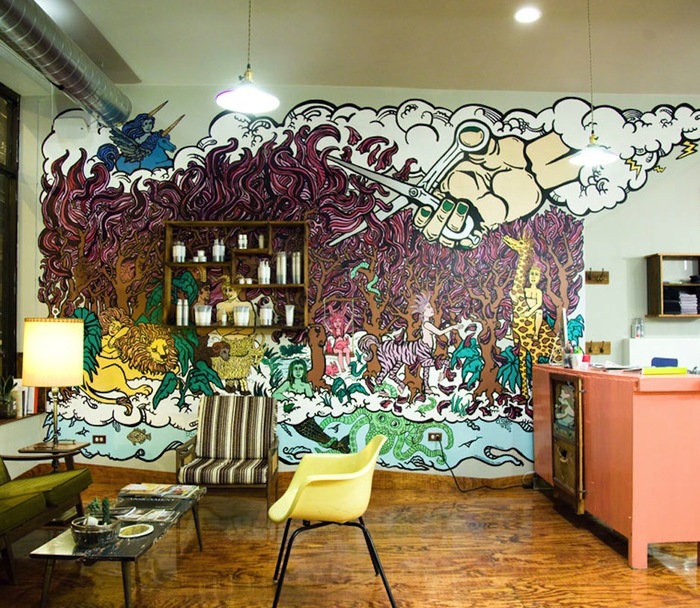 Add to that a client who identifies as transgender or gender nonconforming whose stylist is using the incorrect pronoun or encouraging hairstyles that don’t match their identity and a simple haircut becomes a painful, anxiety-ridden situation.

“It’s important for everyone to feel special and safe and comfortable when they’re getting their haircut,” says Heinritz. “I believe that in my core, but when it comes to people who are in the LGBTQ community, it’s even more important because they feel even more alienated.”

Hairstyling is typically a very gendered practice, and Barbara and Barbara is working hard to fight that norm. Stylists do not refer to certain cuts as “feminine” or “masculine.” They don’t make assumptions about gender or pronouns.

When using photos of celebrities to ask clients about certain cuts, some stylists even use a mix of both men and women as samples. They also do their best not to carry gendered hair products because the only difference between men’s and women’s products is the color of the bottles.

“We use words so easily that are gendered. Saying something like, ‘Oh, let’s give you a feminine pixie.’ Well, maybe that person wants really hard lines, like a crew cut,” says Kieninger. “You can take out the gendered verbiage right away.”

This gender neutral practice isn’t just for queers or gender non-conforming folks. It’s something that they say is even helpful for those who are cisgender.

“Even for cis clients, it’s important to talk to them [using phrases] like, ‘do you like softer pieces; do you like to see hard lines; what do you like faded?’ There are ways to get your point across without immediately assuming or using any dialogue around gender.”

And their rules on gender don’t stop at just communication. Even the pricing dismantles gendered norms.

Historically at many salons, haircuts for women have been more expensive than haircuts for men, with the assumption that women’s haircuts are more labor intensive. That, however, is not always the case, and so Barbara and Barbara charges by length. 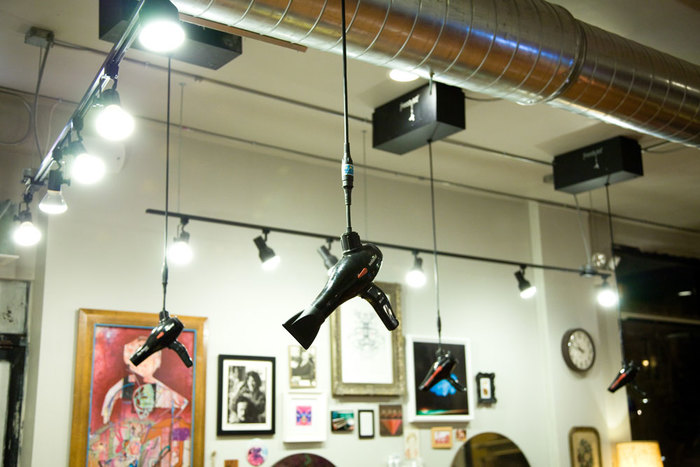 Both Heinritz and Kieninger do feel the industry is changing, though, and becoming more focused on creative expression. For a long time, they explain, the only way to make real money as a stylist was to cater to clientele who were interested in more conventional cuts.

“You were not necessarily going to make money dying someone’s hair green,” Heinritz says, “That’s something that you did out of the salon in your kitchen, but now, there are better products for things like that to be creative. I think the industry is changing. I mean purple is not a natural hair color, but I have lawyer clients with purple hair.”

The salon has seen clients from all walks of life who come to explore who they are and experiment with different forms of self-expression. Parents bring their children who are questioning their gender identity because they know it is a safe, non-judgmental space. College students who have recently discovered their sexuality come in.

Even straight, cisgender clients come simply because they enjoy the welcoming environment.

“We’ve had people come in here, cut their hair off, and it has literally changed their existence,” says Kieninger. “That’s one of the coolest things to be part of.”