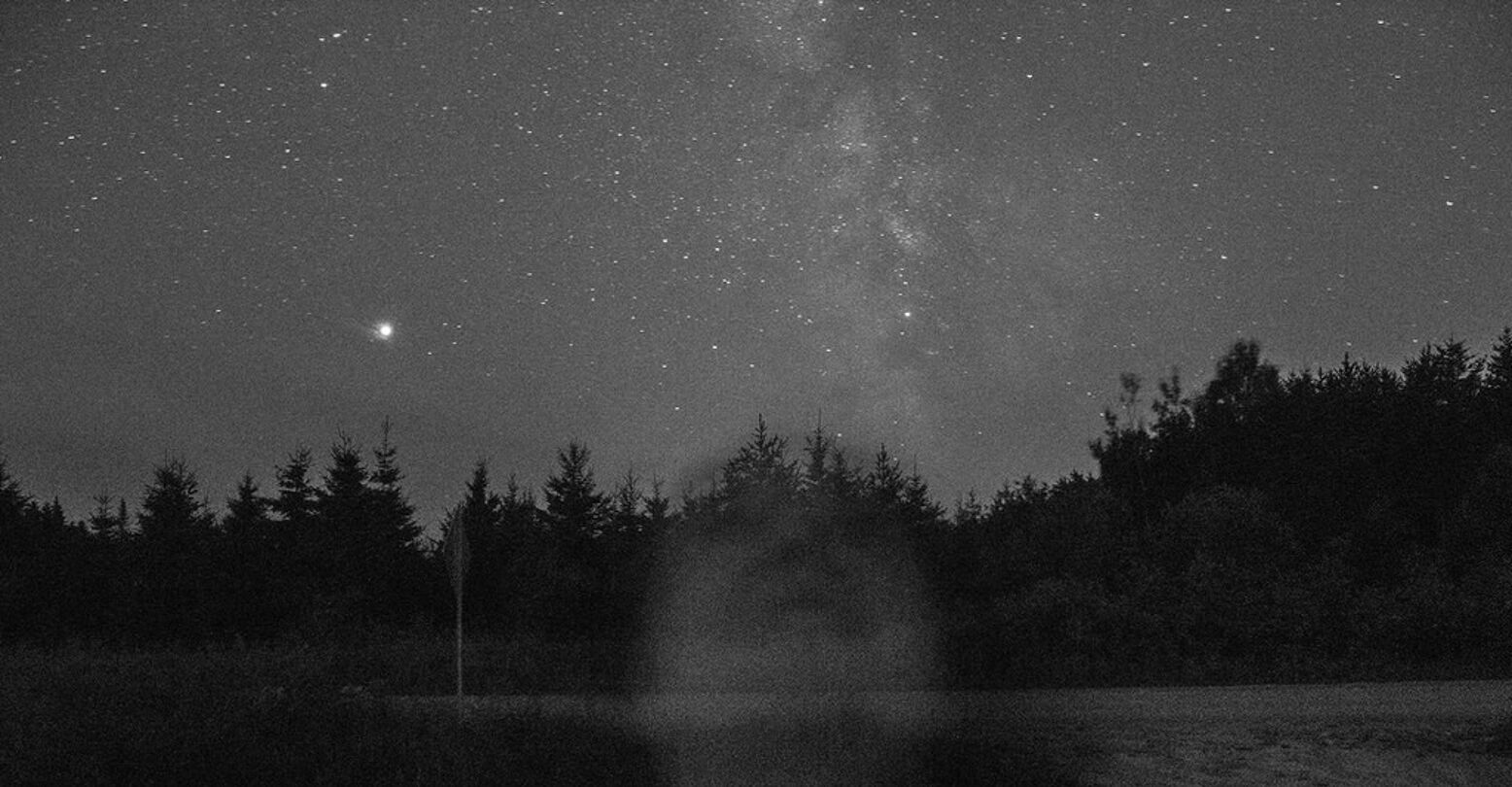 “Reshaping The Sky (Rebâtir le Ciel) was carried out between 2018 and 2020,” Émond explains. “When I finally allowed myself to meet the LGBTQIAP2S+ community living in rural north-eastern Quebec, by collecting their personal stories. By getting to know them, I came to know myself as a non-binary and trans person.”

“We had to turn our gaze towards the complexity of the cosmos to better welcome our own and let our gaze get accustomed to the blinding light of cis-heterocentricism, acclimatize to the darkness of the night and our closets, to see the world reappear there, in a whole different light.”

“In the 16th century, the discovery of heliocentrism generated a public uproar and proceeded to trigger a revolution of sorts: it was strictly prohibited, even punishable by law, to believe that the Earth is not the center of the universe. Nowadays, as we look up and turn our gaze towards the sky, filled with new and ever-evolving discoveries, we have fully come to terms with the idea that the outlines of our universe are constantly being remapped. Could there be a lesson to draw from this profound transformation of our beliefs regarding the habitable world?”

“Just as we have been able to completely change our understanding of the sky, over the past few centuries, we must now reform the way we read, hear, see, and accept human identities, genders, and desires. They must no longer be bound, rejected, nor oppressed by any restrictive or binary views—the time has come to reshape the sky.”

By celebrating human diversity as well as by shedding light on its suffering and redefining its outlines, this series invites all people to gently recognize and to ultimately understand themselves and each other.♦

Simon Émond (they/them) is a self-taught French-Canadian photographer born in 1992. They live and work on unceded territory in Métabetchouan on the shores of Piekouagami. In 2020, they were the first non-binary and trans person whose work was featured in the international documentary photography festival Zoom Photo.