Sometimes being insecure makes for the best storylines.

At least it did for christopher oscar penã when he landed a writer’s spot (and subsequent acting gig) on the hit HBO series, Insecure. For penã, growing up he was always a little insecure about his own identity, never seeing characters who look like him on television.

When peña made the decision to submit his Latinx-Queer centered pilot script Spoiled to the writing team at Insecure, for him it was bigger than just being seen. It was about being able to finally address an age old problem in Hollywood by using elements of his authentic experience, and giving voice to those who are often silenced in and by the media.

For many queer/trans/gender non conforming people of color, there are very few characters that we can honestly relate to on television. Often, in television series that may center on issues around queer identity, rarely do we get a chance to see character development that’s grounded, truthful, and relatable. These are ideas that Penã keeps at the forefront of all his writing, expressing that even though Insecure caters to a Black audience, having him in the writers room provides a unique QTPOC voice that is often needed. 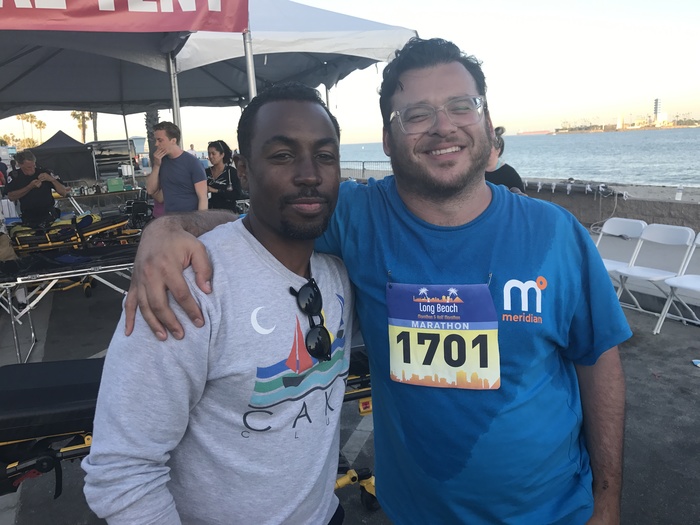 “I’ve learned how to appear in multiple ways. How I can tell my story within each of these roles. Often people won’t get everything about what you write about or what the story is about, but it’s about staying true to my story. Folks like Insecure creator Issa Rae and show runner Prentice Penny understand the need to include Latino and queer voices on the show.

penã, a child of immigrant parents, noted that while life was not always easy for him, he never wanted people in the industry to limit his experience to a single lived experience. For him, being a writer on Insecure gave him a platform to talk about his lived experience through different avenues of character development. He learned while writing for the show that he could craft roles that not only speak to the complexities of our identity, but provide us visibility.

Insert his role as Gary on this season of Insecure. While Gary may not have been a series regular role in this season, Christopher’s characterization of Gary says a great deal about why we need more QTPOC on our television screens.

“Both Gary and Ahmal (Jean Elie) give us lessons on how complicated it is to be QTPOC. Lessons about code switching and what makes us different. Both of these characters challenge us to think about what it means to be both queer and Black/Brown. What does it mean to speak your truth? Both characters are political and cultural statements about the real lives that queer people of color lead, just by virtue of existing.”

Beyond that, penã shared that one of his main goals in the writers room is to advocate for the need to have more representation of QTPOC in television, and specifically from a Latinx perspective, which he says is one of the many reasons he was brought into the room to begin with. While he wasn’t interested in topics of race and gender identity when he was younger, the climate of our country has made him more vocal about how QTPOC are represented in television.

“White people are often creating shows around the lives and experiences of QTPOC. The writers rooms are often all white. When I was younger, I wasn’t interested in race or sexuality. But now, I am wanting to address the issues that we face. For me, It’s about shows being intersectional and the writers for Insecure get this.” 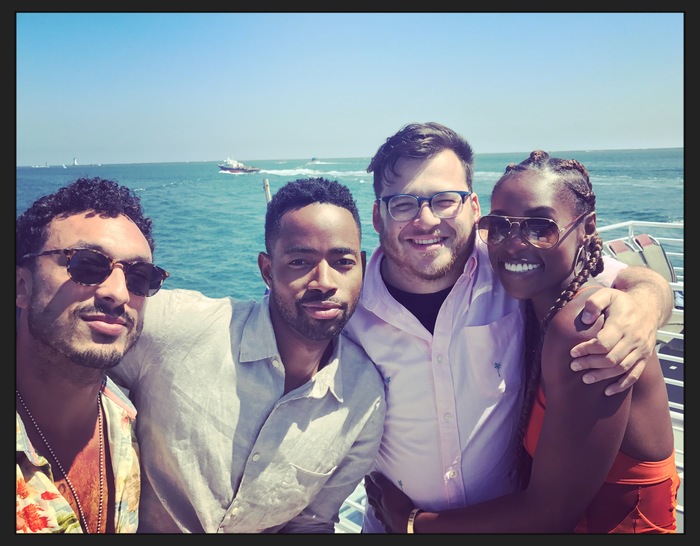 The advice he gives about garnering more shows and movies about QTPOC issues with QTPOC characters?

penã says that going forward, Season 3 of Insecure will definitely have more fully developed queer characters and queer related storylines. He recognizes that like most things, change is slow but with more writing, there comes more room for opportunity.

“Whatever I make will be queer and Brown. The culture moves slowly, but everything I do will always center both of my identities.”