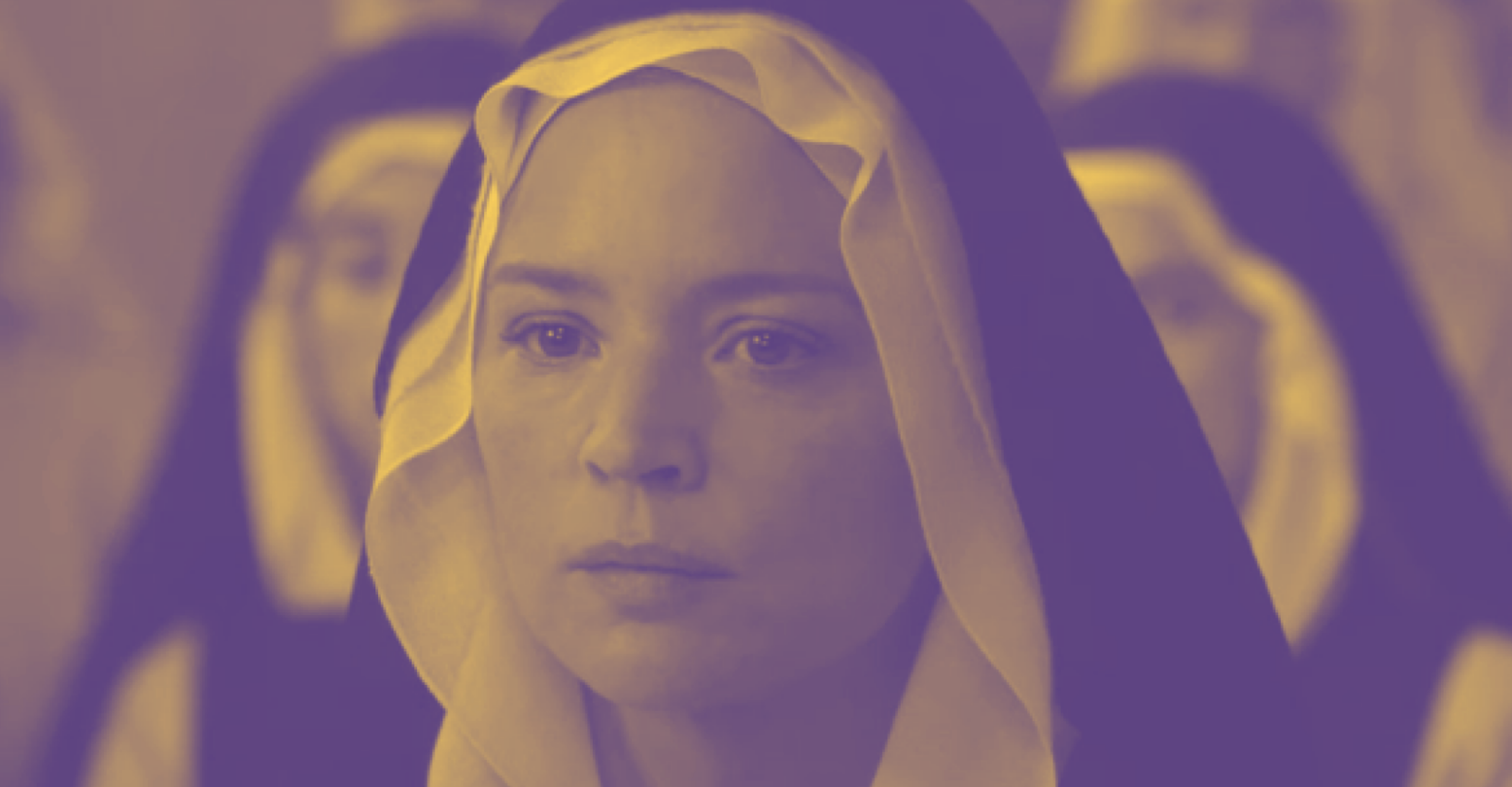 Benedetta, the biographical 17th-century drama—in which a young nun enters the cloister and falls into a lesbian love affair—is based on a true story. A true, queer story that has been spread over centuries, and is now confirmed to premiere at the 2021 Cannes Film Festival this summer.

The highly anticipated film, directed by Basic Instinct legend Paul Verhoeven, stars Virginie Efira as the novice nun Benedetta Carlini and Daphne Patakia as her fellow nun (and lover) Bartolomea. The film takes its cues from the 1986 non-fiction novel Immodest Acts, and promises an authentic representation of how inter-personal conflicts operate when constrained by a prejudiced society, and that’s what LGBTQ+ viewers are craving right now.

An on-screen love affair between nuns—between women craving agency in a patriarchal world—will invite the viewers and characters alike to explore the definitions of religion, human ambition, and sexuality as they artfully intersect at times and crash violently at others.

That said, the time period and subject of Christianity do not bode well for Carlini and Bartolomea. But what I hope to walk away with from this film, is just that: hope. A belief that, perhaps, the things people taught me were reserved for men and women together—sex, love, and partnership—can belong to women alone.

Also, watching a queer film win the Palme d’Or—the highest honor of the Cannes Film Festival—wouldn’t be too bad either.