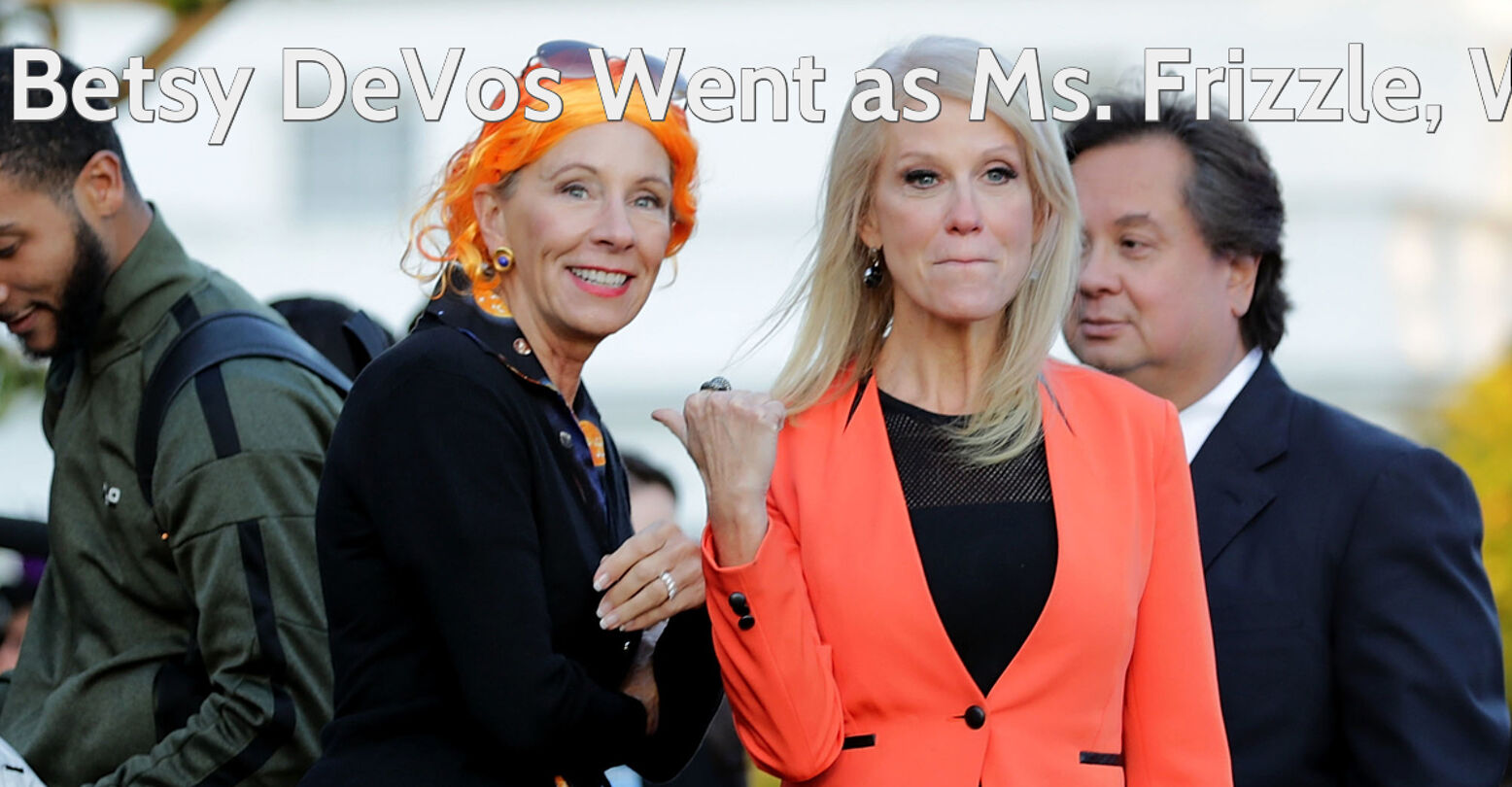 We all know that Halloween is the one day a year where you get to be something that you’re ordinarily not. For Betsy DeVos, it meant that she got to step into the role of Ms. Frizzle, the main character of the educational cartoon Magic School Bus, and a woman who values education, public schools and science.

DeVos’s tenure as Secretary of Education has been more about denying rights to transgender students and making it harder for sexual assault cases to come to justice than actually helping children learn, something that Ms. Frizzle is pretty gung-ho about.

DeVos may not realize that, aside from being a badass educator, Ms. Frizzle was also voiced by out lesbian Lily Tomlin, which doesn’t exactly vibe with DeVos’s belief that it’s OK for states to discriminate against LGBTQ students.

Let’s just say that people were not OK with DeVos’s choice.

Betsy DeVos how dare you besmirch the good name and honor of Ms. Frizzle!!! pic.twitter.com/yN57Vb1DnB

Is there a German word for the feeling you get when you see Betsy DeVos dress up as Ms Frizzle for Halloween pic.twitter.com/whURyivdt6

Ms. Frizzle would loathe Betsy DeVos. For Betsy to think otherwise is laughable.

NO SHE DID NOT. Betsy DeVos is not worthy to even watch Ms. Frizzle on TV. 😷 #halloweenfail pic.twitter.com/2YnUM6BZpa

Ms. Frizzle is all about taking chances, making mistakes and getting messy. So, congrats, DeVos! You accomplished all three in one day.