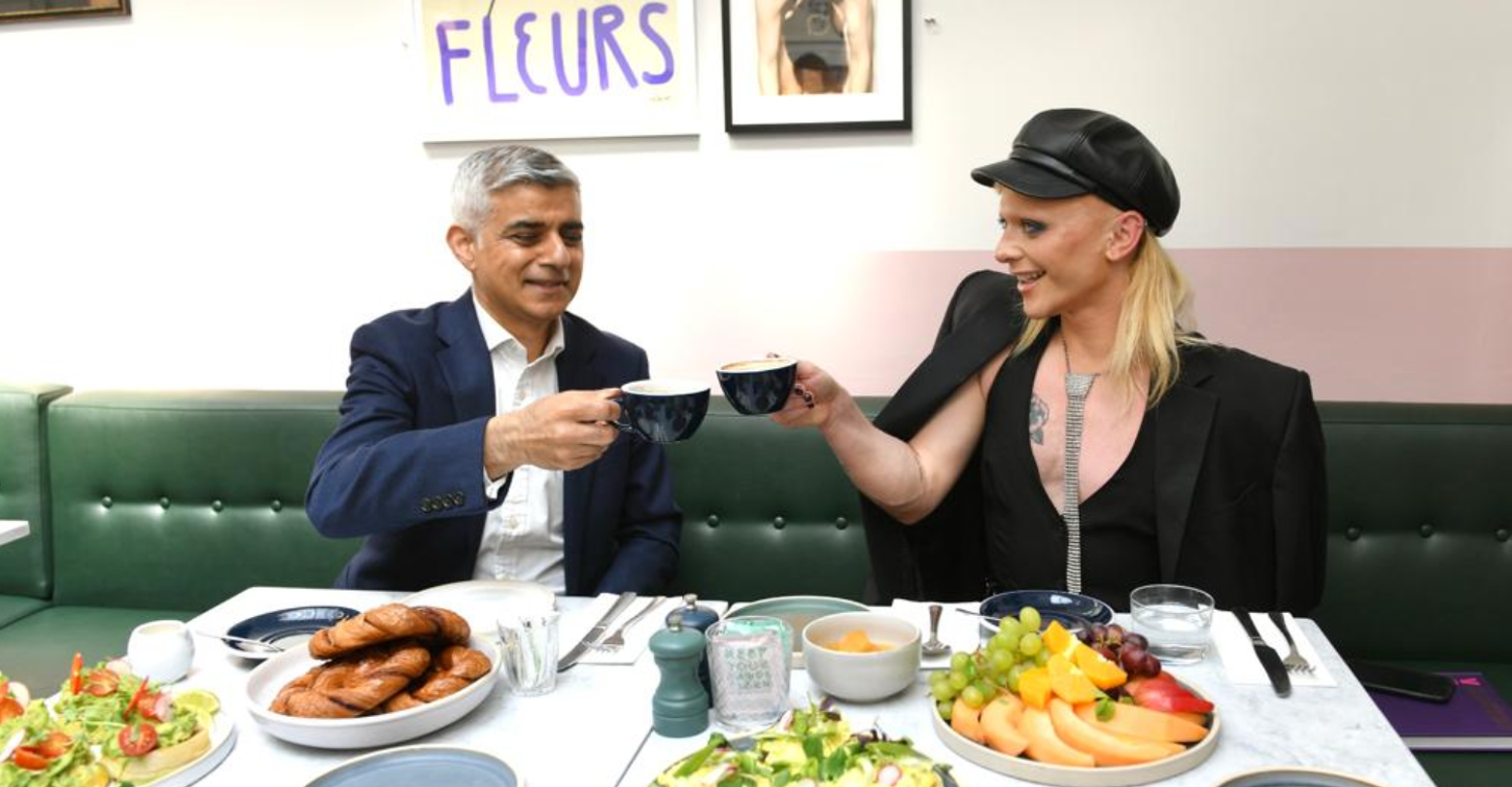 The nonbinary babe has kept things moving since the end of “Drag Race UK,” first with a modeling contract, then with a mural. Now, we’ve got even more Bimini news to look forward to. “Miss Congeniality” themselves just teased a new single, “God Save This Queen,” for release on June 3rd.

That’s not all: Bimini babes rejoiced this morning to learn that Bimini is teaming up with London Mayor Sadiq Khan for the city’s “Lets Do London” campaign.

London is back open baby 💥
⠀
I’ve teamed up with @MayorofLondon on the Let’s Do London campaign to help get London’s tourism and hospitality industry back on its feet
⠀ pic.twitter.com/9NKYrQnkfX

If this campaign sounds familiar, it might be because it’s the selfsame project that got beloved queer artist David Hockney so much heat last week.

Hopefully Bimini’s contribution to “Let’s Do London” will be a little less…slapdash? It’s looking promising so far. Bimini and Khan were photographed on an eating tour around London, and it looks pretty wholesome and sweet. Especially Khan’s caption reminding us that our favorite they/them queen is also vegan.

And if that wasn’t enough, Bimini just posted a photo of themselves with Ordinary Boys singer Preston with a caption about being “in the studio”…

So fab being in the studio with @samuelpreston today! https://t.co/tHLxnhURYs

Looks like we’re truly in for a Bimini summer, babes.