Birkenstocks are a tragically misunderstood shoehistorically bashed and, up until their recent fashion renaissance, written off as somewhat of a cultural punchline.

This is sad, because Birkenstocks are objectively great shoes. They’re comfortable, durable, and they last forever, qualities that most shoes are specifically created not to be, particularly those made for women. Though Birkenstocks’ reputation as an exceptional orthopedic shoe has certainly garnered the brand entire generations of fans, it’s the shoe’s history as as the unofficial preferred footwear of lesbianism that arguably brought them into mainstream popular consciousness. As with the niche counter-culture aesthetic that later evolved into “lesbian chic,” queer women put Birkenstocks on the pop culture fashion radar before they inevitably became cool, not unlike denim vests, flannel, and undercuts.

Despite being political and social trendsetters, queer women rarely get the credit they deserve, particularly when it comes to fashion. On the contrary, queer women are often stereotyped as being frumpy or unfashionable dressers, and outdated idea that’s as oppressive as it is flat-out incorrect. Dismissing a woman’s clothes as “ugly” or “frumpy” is an easy way to undermine her individual power and agency, especially when her very presence and existence threatens existing structures.

Unfortunately, Birkenstocks’ utilitarian aesthetic, and its queer female and countercultural fan base, would eventually devolve into the pernicious trope and stereotype of the “unfashionable lesbian,” a false and deeply homophobic association that still follows Birkenstocksand, even more so queer womento this day. 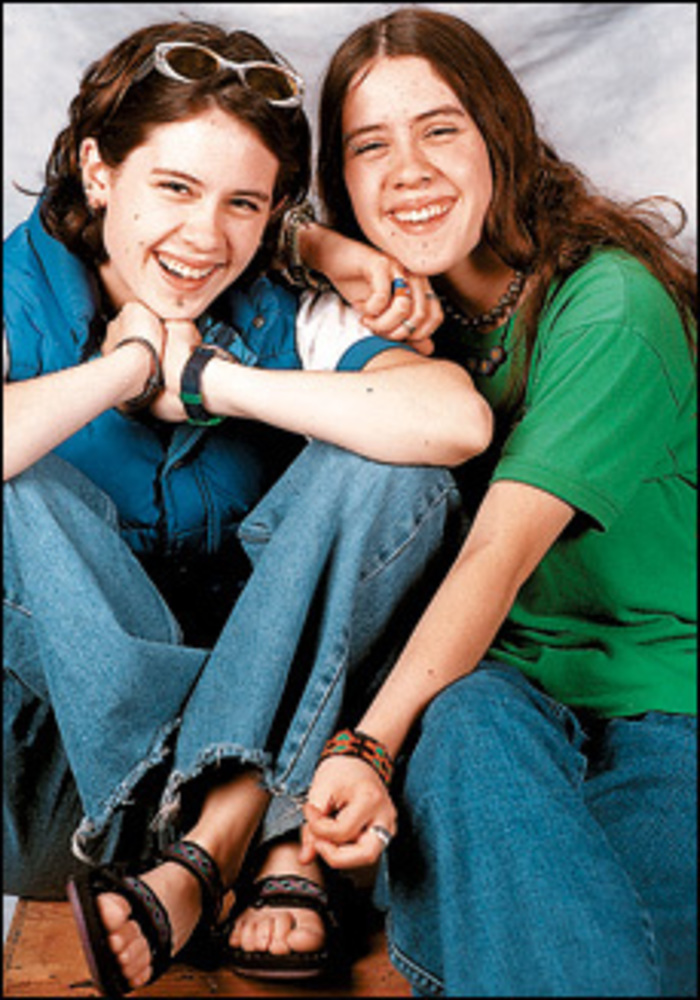 Birkenstocks weren’t made to be prettythey were meant to be comfortable, and to make the wearer feel good, a radical idea even today. Anyone who wears them is wearing them predominantly for comfort, which is, in part what makes a queer woman in Birkenstocks a threat to heteronormative power structures: because a woman who feels god in her shoes is unstoppable, and choosing comfort over aesthetics is still a radical act. Whoever holds the comfort holds the power.

Named for their creator Johann Adam Birkenstock, the iconic shoes were born in Germany in 1774. They were initially created and marketed as a health shoe preferred by physicians and podiatrists, and eventually made their way to the United States in 1966, when they started to gain their distinct association with hippies, organic foodies, and, of course, queer women.

Writing about the mainstream fashion-izing of Birkenstocks for The New Yorker back in 2015, Rebecca Mead credited the shoes’ crossover from “niche German health item” to lesbian classic to a German woman named Margot Fraser, who wrote of her plight to find shoes that didn’t cause her pain and discomfort before the Birkenstocks boom.

As countercultural movements of the 1960s and ’70s gained momentum, so did the movement for quality, comfortable footwear for women. Long-term change required a long-term shoe that allowed women to spread their toes and feel grounded without unnecessarily restricting their movement. Heels require smaller steps and shorter strides, they break, they pinch. Birkenstocks were a shoe for the long game.

“All women’s shoes were narrow and had pointed toes,” Fraser wrote in her 2009 book Dealing With The Tough Stuff. “Even the so-called healthy shoes still had heels.” I can’t say it’s impossible to run in heels, because I’ve seen it happen, but it’s far more difficult, and if you fall, it hurts a whole lot more.

Women’s shoes have historically been engineered to value form over function, and pain was just a byproduct of being beautiful. Mead explains: “Women are so accustomed to the expectation that shoes will be uncomfortablethey will chafe our heels, or squash our toes, or make our insteps ache.” Even now, but particularly at that time, “slipping on Birkenstocks felt revelatory,” Mead writes.

According to Mead, some of Birkenstocks’ earliest American customers were “the owners of health-food stores, who[…]started stocking Birkenstocks on their shelves alongside granola and vitamins.” From there, they came to be associated with anti-establishment cultures, women’s liberation movements, and “lesbian militias” of the 1970s, comic and writer Kate Clinton tells Rachel Lubitz for Mic.com.

Personal style and beauty can be its own source of power and pride for some individuals and communities. Beauty and fashion themselves aren’t toxic, but for some, beauty can feel like a trap and an unnecessary requirement for womanhood. Many women just wanted shoes that felt good and prioritized their comfort in their own bodies, a radical act then and now.

“Suddenly, some women were looking for things like comfortable shoes, rather than heels or whatever,” Clinton says. “There was a certain amount of lesbian pride in being in comfortable clothes. Women really found confidence in our own comfort.” Comfort became a sort of signifier for queerness, because there’s nothing more queer or more comfortable than wearing exactly what you want, when you want. Rejecting painful, restrictive shoes was a rejection of heteronormativity.

At the time, embracing comfort also meant rejecting fashion, as Sherrie A. Inness writes in The Lesbian Menace: Ideology, Identity, and the Representation of Lesbian Life. “In the 1970s, many lesbians strove to appear as unfashionable as possible in protest against society’s beauty dictates.” In this way, being unfashionable was a political statement, a declaration that queer women’s bodies aren’t commodities for quick consumption, and neither are our clothes. To be unfashionable was to exist outside of traditional social structure and operate by a completely different set of social and style rules.

Part of the beauty of Birkenstocks has always been the purposeful ugliness of their wide, chunky cork base and thick straps. It’s a look that wholeheartedly rejects the male gaze (unless, of course, you’ve got a very specific thing for a lady in Birks), a complete opting out of fast fashion, consumerism, and even capitalism. A woman in a durable, comfortable shoes that last her years isn’t spending a ton of money on shoes that hurt and immediately fall apart, freeing up the mental space to care, or not care, about whatever else she chooses. Even more recent movements for self-care echo some of the same ideas about comfort as liberation. For many women, our bodies can be a site of so much built-up discomfort and pain inflicted by outside forces, that choosing to be comfortable when and where we can, seeking pleasure, is powerful.

This in part explains the emergence of the stereotype of the unfashionable lesbian in Birkenstocks. When a woman is powerful and unfettered by her footwear, society calls her ugly. The real joke is, though, that the ugliness is the whole point. Queer women’s sexuality isn’t meant to be commodified or “pretty” in the heteronormative sense, and calling us ugly doesn’t hurt. Part of the appeal of Birkenstocks is to insult heteronormative, white supremacist structures by making ourselves as ugly as possible to them, which is partly what makes people so angry at the women who wear them.

Even today, the kind of visceral reaction straight men have to the idea of a woman in Birkenstocks is astonishing. “When I see them[…] I think her place smells like organic cheese,” a young man tells the blog WhoWhatWear. “The only Birkin a girl should be wearing is the kind that’s sold at Hermes,” said another.

There’s something about these so-called “ugly” sandals that some straight guys still find incredibly irritating, confusing, or offensive, which is probably reason enough to keep wearing them. The shoes’ implied queerness can make them seem threatening to those who would write off queer women as organic cheese lovers fiends who don’t know how to dress. They’re just shoes, but this kind of response suggests there’s something more about them that’s deeply unsettling, which is the fact that they’re not worn “for” anyone but the wearer.

The “unfashionable” trope is an incredibly homophobic one that supports the same idea that queer women love women because they’re frumpy and “can’t find a man,” and not because they’re horny for other women and queer people (the real reason.) This idea completely desexualizes queer women in an attempt to downplay our power by suggesting we’re all shut-ins draped in flannel who love cats, likening Birkenstocks to the default, preferred uniform of a “Berkeley mom” (not that there’s anything wrong with being a Berkeley mom) rather than that of a woman who sleeps with women because that’s exactly what she likes and can’t be bothered with shoes that pinch.

“Ugly” is only an insult if you care about pretty in the first place, and there’s still something incredibly liberating about being an unfashionable, unpalatable queer at a time when it feels like everyone wants to be queer for the aesthetic. In the same way fashion can be a powerful, political tool for self expression, so can anti-fashion. 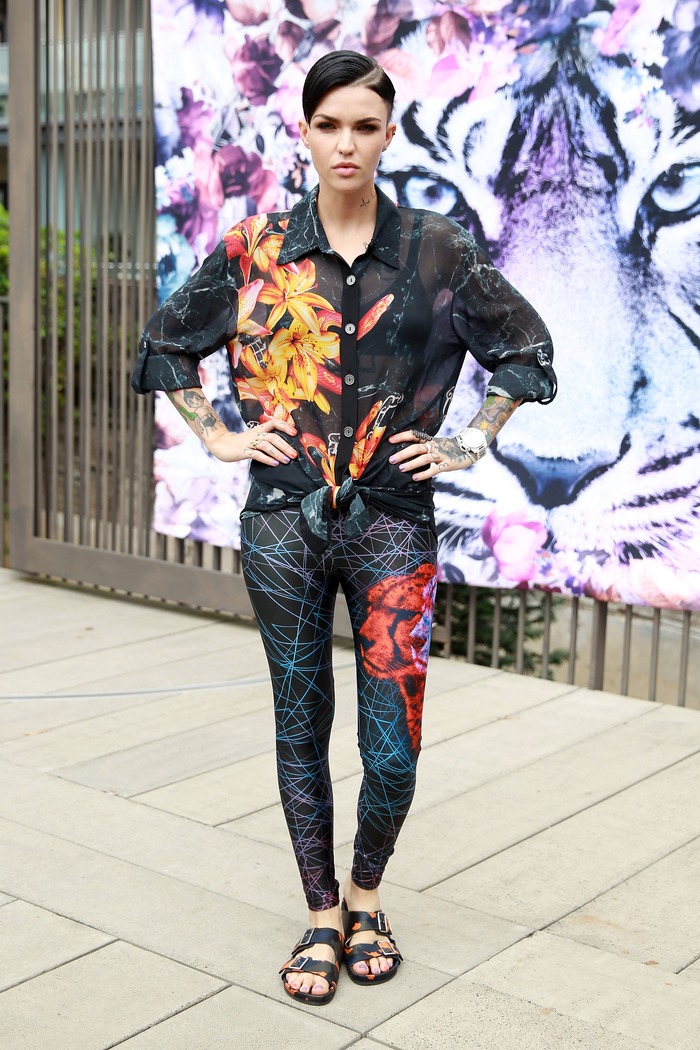 Birkenstocks are now a high fashion staple and a favorite of hipsters and hipster-adjacents, and it can be fun to watch the shoes evolve beyond their counter cultural roots into mainstream acceptance. As with H’s fast-fashion “femme” T-shirts, though, it’s also sad to see an aspect of queer women’s culture so divorced from its roots without any credit. Birkenstocks will always be a queer shoe, there’s no getting around it. As so many aspects of queer culture that were once considered niche become melded into the mainstream, being a radically unfashionable queer still holds significance. A queer aesthetic is in, but so is queer joy and queer comfort. Advocating for queer rights under the presidency of an orange asshat is going to require a comfortable shoe.

Especially in the face of the commodification of queer identities, comfort is still revolutionary. Life is hard, and for some more than others, everyday is a struggle. Sometimes, the most basic form of self-care can mean sliding into a pair of shoes that lets you spread your toes and breathe.

Images via Tumblr and Getty