Throughout the illustrious life of the artist known only as Cher, many colorful moments stand out. From her variety show days with Sonny to her sailor-filled video for “If I Could Turn Back Time” and her so-bad-it-was-brilliant Christina Aguilera movie musical, Burlesque, she’s given us a lifetime of fabulousness.

But none of those moments were so iconic as the Bob Mackie looks she rocked for multiple red carpets. For every sequin, every feather, and every nude illusion the designer labored over, Cher immortalized those ensembles as only she could. So, what better designer to illustrate the story of her life? 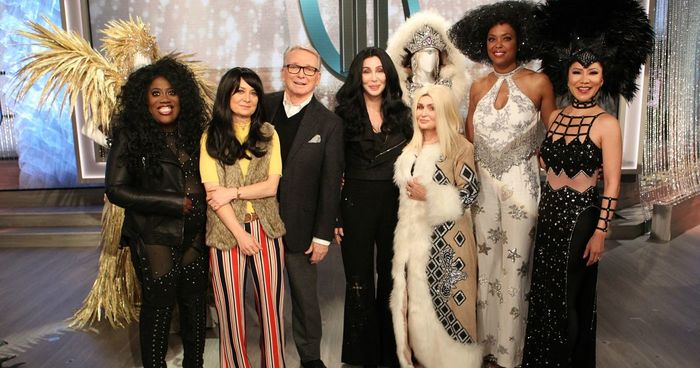 Mackie has recently joined the design team behindThe Cher Show, a new musical premiering in Chicago this summer and on Broadway later this year. A newly released sketch teases a hint of what we can expect from Mackie’s onstage vision of the artist. The costume designer joins some of the creatives behind such Broadway hits asDear Evan Hansen,Hamilton, andHedwig and the Angry Inchin bringing Cher’s life to the Great White Way.

We’re so excited for @thechershow, which is hitting Broadway this fall! Thank you to @entertainmentweekly for the exclusive and for sharing the show’s first official sketch. Check out the link in bio!

The musical will feature some of her most beloved chart-topping songs. From her childhood with fame in her eyes to her rise to star of music, movies, and television, it tells the story of her journey from Cherilyn Sarkisian La Piere Bono Allman to Cher.

The Cher Show makes its pre-Broadway premiere at Chicago’s Oriental Theatre, a limited engagement running June 12 through July 15. Its Broadway premiere will follow, this fall at the Neil Simon Theatre.