It seems nowadays that, in our post-Glee world, that every TV show has at least one queer character no matter how poorly written. However, it wasn’t too long ago that queer folks were fighting for any crumb of representation, finding their only solace in Will & Grace and the sexual tension between Xena and Gabrielle.

Many young queer people became devoted to specific media, not because it was necessarily meant for them, but because they had elements that they related to as marginalized people. And for me, and probably a lot of young gay nerds, the shows I became obsessed with were Buffy the Vampire Slayer and Sailor Moon.

In fact, although the two shows are pretty different, it was the same qualities from both that were potentially appealing to queer fans. One of those qualities is a focus on a group. Not just any group, but a close group that is specifically brought together through opposition.

In Sailor Moon this opposition is very literal the Sailor Scouts are destined to come together and fight off the forces of evil. They were a team in their past lives and their superpowered destiny brought them together again. On the other hand, Buffy works on multiple levels. While the main story is about fighting demons and vampires, the Scooby Gang (as they’re known among fans) is also united by being outcasted in their high school.

This mirrors the experience of a lot of queer children. Even if they haven’t discovered their sexuality or gender identity, it often becomes very apparent to them that they don’t fit in with the mainstream groups of their community. Especially in high school, it can often feel like it is you and your friend group against the world.

A great way to understand this specific kind of friend group is by comparing two beloved sitcoms: Will & Grace and Friends.

While Friends is quite literally about a group of friends, Will & Grace is about two people and their relationships, not just to each other, but to the outside world. Their closeness, and often their dysfunction from that closeness, make up a lot of the themes of the show. It’s not about being best friends, as much as it is about finding a specific safety in those people that you can’t find anywhere else.

The other main quality that is shared among Buffy and Sailor Moon is that they involve powerful women who still display interests that are often considered vapid, shallow or for “girly girls.” Both Usagi (Sailor Moon) and Buffy care about boys, shopping, and being teenage girls while also kicking literal ass.

While, as a young gay boy, a big part of that was the enjoyment of watching people talk about the things I couldn’t, another part was seeing examples of characters where masculinity wasn’t directly tied to power or strength. It was a demonstration that gender expression didn’t equate to ability. It makes me think of a tweet from Alok Vaid-Menon, a gender non-conforming performance artist:

what feminine part of yourself did you have to destroy in order to survive in this world?

When you’re a young queer person, your gender expression is constantly on your mind. I think often about what subconscious decisions I made as a child about how I’d express myself in order to make life more tolerable. Seeing two feminine young women cry about boys and then save the world felt nothing short of empowering.

In addition to their interests, both Usagi and Buffy are shown being afraid at least once during their shows. Both start out fighting back against their superpowered destinies and spend the first part of the show coming to terms with it.

One scene in the first season finale of Buffy shows her reaction with a prophecy that says she is destined for death. We see a really emotional monologue that ends with the iconic line, “I’m 16 years old, I don’t want to die.” This complex characterization was really appealing to a young gay audience. It was, I’m sure, the first time a lot of people discovered that you can have moments of fear and weakness and that doesn’t mean you’re not powerful. 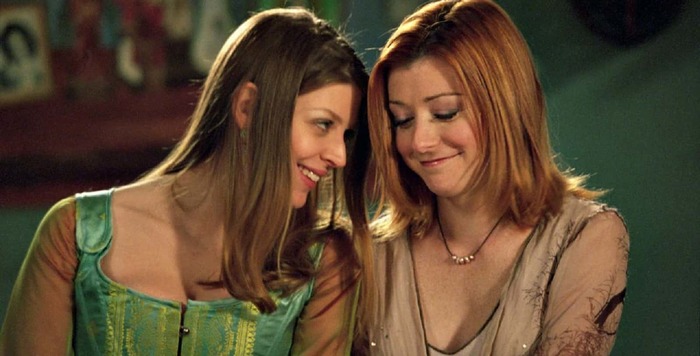 It’s important to note that while both of these shows actually had LGBTQ characters, specifically multiple lesbian characters, the young queer audience was already established. In fact, I’d argue that the absence of those specific gay characters wouldn’t have had much of an effect on the audience, as the queer elements of the shows are there regardless.

And while I love Willow, and Sailor Uranus is my style icon, the feelings of representation I had from watching those shows was much larger than any one character. 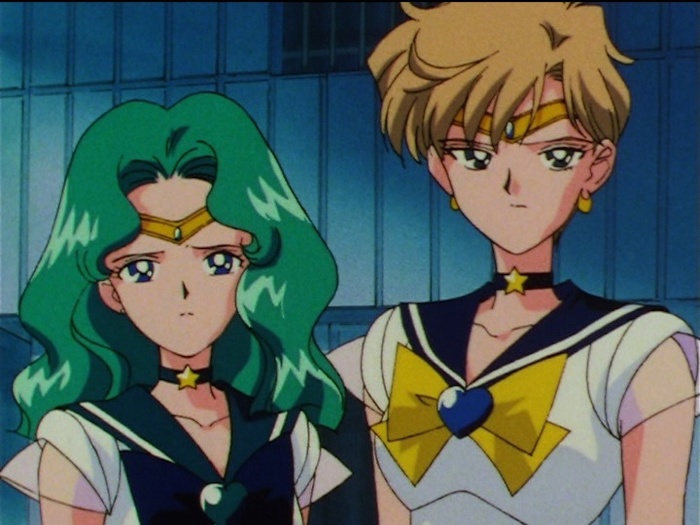 It’s been about eight years since Glee and Tumblr first popped up, and whether you hate them or love them, it’s pretty much undeniable that they had a huge impact on the lives of gay teenagers. Social groups and communities aren’t tied to your physical location, you can have friends all over the world. Because of that, queer audiences can expect more out of their media. We can focus on showing non-white gay characters or supporting trans actors, you know, shit that actually matters.

Despite all of the improved representation, I don’t think a show will feel like home in the same way that Buffy or Sailor Moon did. Because although they didn’t really have characters that looked like me, they were there when it mattered.