Just months after Democrat Doug Jones upset anti-LGBTQ conservative Roy Moore in the 2017 election, Rafferty announced his candidacy for State House District 54. If voted into office, the 33-year-old veteran would be the first openly gay man ever elected to a seat in the Alabama Legislature, as well as the only queer lawmaker elected at the state level.

Patricia Todd, the lesbian Democrat who currently represents District 54, claimed in January she would not be seeking reelection after serving in the House of Representatives for 12 years.

Rafferty tells INTO over the phone that unlike many of his peers, seeking public office wasn’t a lifelong dream. After Todd announced her intention to retire, a friend asked him via text message if he might consider running to fill her seat. Rafferty thought the suggestion was a joke.

“LOL,” he responded. “Is that a serious question?”

Even though he didn’t see himself as a politician, Rafferty says he had always been interested in serving his community– first in the Marine Corps under “Don’t Ask Don’t Tell,” and later as a project director for Birmingham AIDS Outreach. A 2014 report found that Birmingham, the city he has called home for most of his life, has the 17th highest rate of HIV in the nation.

It was clear to him, he says, that his state could be doing more to impact the lives of marginalized communities. And so he threw his hat in the ring.

“There are lots of things Alabama can do better and should do better,” Rafferty claims during an hour-long phone conversation. “It wasn’t an instant decision and it wasn’t something I have been considering my whole life, but it is something I feel incredibly passionate about.” 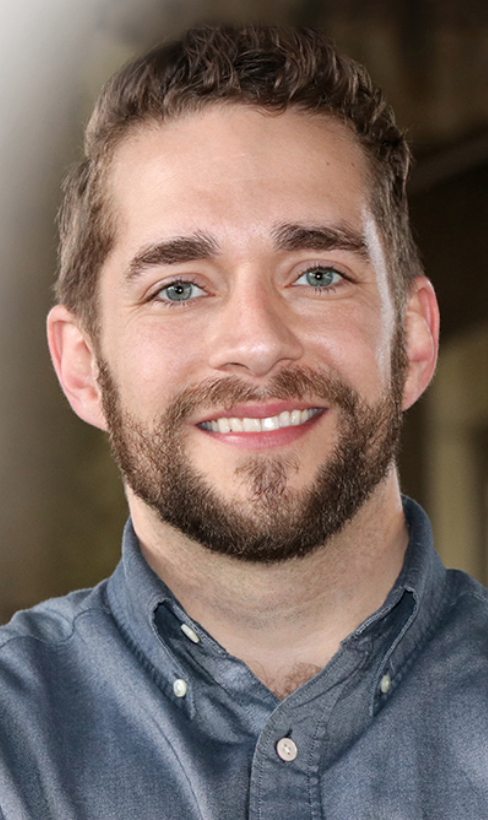 His greenness shows throughout our interview. It’s the beginning of his campaign, and this is one of his first conversations with national media. He’s new at this, and he’s nervous.

Rafferty occasionally stumbles over his words as he discusses his political platform, which is largely focused on public health: tackling the opioid epidemic, expanding treatment opportunities for those recovering from addiction, and addressing health disparities in rural communities.

But his charming lack of polish is what voters will likely respond to. Rafferty isn’t pushing an agenda. He’s running for the rarest of reasons: He cares.

The upstart politician earned that empathy the hard way. Rafferty’s older sister came out to him during a hike on the Appalachian Trail. After hanging out with her lesbian friends in Birmingham and seeing how comfortable they were with their sexuality, he thought he would be accepted in his own community. When he went back to suburban Bluff Park, the 13-year-old came out in school.

Rafferty figured he would immediately find a boyfriend and that everything would be OK. That is not what happened.

His peers constantly harassed him and threatened to beat him up. (They called him “colorful names,” Rafferty interjects.) When he was 15, Rafferty ran away to Chicago to escape the ubiquitous torment, but the jailbreak was short-lived. He called his parents three weeks later, telling them that he was out of money and needed to come back.

But the homecoming was conditional: Rafferty couldn’t continue going to that school.

When he returned to Alabama, Rafferty’s family enrolled him in a local Catholic academy– where he decided to go back into the closet. It wasn’t just about self-preservation, he says. He just wanted the privilege of being a normal teenager.

“Everybody else was focused on the gay thing, but I was just trying to figure out who I was beyond that– what it was that I wanted to do with my life and all the other questions that everybody has when they’re growing up,” Rafferty explains. “When I transferred schools, I was finally afforded the head space to think about those things.”

In one way or another, the closet has been a major fixture in his life. Rafferty enlisted in the U.S. Marine Corps in 2005 and remained in the military until 2009, two years before the ban on gay troops serving openly was lifted.

Rudulph, a fellow Marine, was open to friends in the armed forces. Rafferty was too afraid. It wasn’t that he felt his colleagues–who he still counts among his best friends–would repeat the victimization he experienced through his childhood. If he were honest about himself, Rafferty was scared he would be forcing others to lie for him.

“It was just like being in the closet,” he says. “You can’t tell the truth, and you can’t be who you are entirely. You’re not ashamed of yourself, but you have to keep it all in and just hide it.”

The world has changed tremendously since the halcyon days of “Don’t Ask, Don’t Tell.” After 14 years together, Rafferty says he’s able to walk down the street with his now-husband and hold hands without fear. The high school where he was forced into the closet to survive now has a Gay-Straight Alliance.

“There were probably at least 50 kids in there,” he says of his visit to the school’s GSA. “I was blown away.”

Rafferty credits Todd in helping Alabama inch toward progressiveness. Despite being one of the most staunchly conservative states in the U.S., having an openly queer legislator kept the state from treading the same path as North Carolina–which passed a controversial anti-trans bathroom bill in 2015.

State Bill 1, also known as the Alabama Privacy Act, would have required businesses, government buildings, and other entities to appoint bathroom monitors to police restroom use. It died in committee last year.

The state’s track record, though, is far from spotless. In May 2017, Gov. Kay Ivey signed a bill into law allowing adoption and foster care agencies to discriminate against same-sex couples if placing a child in their home would conflict with the agency’s faith beliefs. Similar laws had previously been enacted in Michigan, North Dakota, South Dakota, and Virginia.

But considering that neighboring Mississippi passed the nation’s most extreme “religious liberty” lawone permitting discrimination against LGBTQ people in all areas of public lifeit could have been much worse.

“I don’t know what Alabama would have been able to pass if Patricia Todd wasn’t down there since 2008 showing who she is and being unafraid of it and unashamed of it,” he says. “Alabama maybe hasn’t moved forward, but I think that having somebody there in the legislature kept everything from moving backwards.”

Rafferty says it comes down to a simple idea: Representation matters. When conservative lawmakers work next to an LGBTQ person every day, it makes it harder to vote against their rights.

Thus far, the Democratic hopeful claims his district–which includes portions of Birmingham, Irondale, Mountain Brook, and Trussville–has been extremely supportive of his potentially historic campaign. Friends volunteered to staff his campaign. An old camp counselor from his childhood showed up to Rafferty’s launch party with a photo from his teenage years–gangly chicken legs and all.

As he gears up for the Democratic primaries in June, Rafferty says the outpouring of love has been “surreal.” It’s also reflective of a major shift in Alabama politics: After Jones’ upset win over Roy Moore (who had been favored by as many as double digits), more Democrats are running for office than ever before.

Rafferty, for instance, will face off against two challengers in his own party: journalist Jacqueline Gray Miller and attorney Jerome Dees.

“We’re kind of feeling the fervor,” Rafferty continues. “Everybody’s wanting to get out and stop what they’re doing and see what we can do. I’ve always just worked quietly, doing my job and serving my community. So it is different to be in the spotlightbut it feels right.”