What is Avengers: Infinity War?

Girl, they aren’t mine either, but I pay attention to the world. I’ll humor you, though. Avengers: Infinity War is the third of four Avengers movies, and the most complex a crossover yet. Since Avengers: Age of Ultron, the second film, many more heroes have been added to the Marvel Cinematic Universe, and most (though notably not all) appear in this one. They come together to battle a terrifying threat: Thanos, who looks a bit like menacing Barney.

Which heroes are in it?

It’s kind of a spoiler to say who’s not in it, so I’ll stick with who is. You’ve got a mix of original Avengers Robert Downey Jr.’s Iron Man, Chris Evans’ Captain America, Mark Ruffalo’s Hulk, Scarlett Johansson’s Black Widow, Chris Hemsworth’s Thor with the Guardians of the Galaxy (most notably Chris Pratt’s Star Lord and Zoe Saldana’s Gamora), some second-wave Avengers (Paul Bettany’s Vision, Elizabeth Olsen’s Scarlet Witch, Anthony Mackie’s Falcon, etc.), and a few brand-new members of the party. The best among those is Tom Holland as Spider-Man, who positively geeks out over meeting most of the heroes. He’s a fan-turned-hero, just as Holland himself is a fan-turned-star. It’s not a stretch to say he’s the best part of the whole damn movie.

I mean, if you’re a fan, you’ve already decided to see it. You’ve probably already seen it, to be honest! But if you’re not a fan, I urge caution in going. Avengers: Infinity War is a tough sit for someone who doesn’t know the Marvel Cinematic Universe that well. The movie expects that you know these characters and their motivations. Emotional beats don’t work without the backstory from the characters’ individual films. Think of it like RuPaul’s Drag Race All Stars: You can watch it cold, but knowing the players beforehand so enriches the experience, it’s arguably mandatory.

Did you just compare The Avengers to RuPaul’s Drag Race?

Honey, I can compare anything to RuPaul’s Drag Race.

It’s not, and that’s a growing problem with the Marvel Cinematic Universe. For a decently diverse world one that now prominently includes Black Panther (Chadwick Boseman) and the wonderful Wakandan supporting cast it’s astonishing that there’s not a single queer among these heroes. Like, we’re getting to a point where purely statistically this doesn’t make sense.

That said, I want to talk about Spider-Man, AKA Peter Parker, for a second. He is canonically straight, and actually is contractually required to be straight. No matter how hard I may personally be rooting for him to be gay, especially considering how charming and lovable I find Holland (though I’m still mad at him for not knowing what Drag Race is). Yet there’s a hint of queerness in his story that I can’t shake. His primary relationship with the team is to Iron Man himself, Tony Stark. There are certainly father-son tones to their relationship, but with that comes Peter’s deep desire to be approved of and accepted. This hunger for dad’s approval is a prominent phenomenon among gay men, and thus draws us closer to Peter through sheer relatability. Peter also extends himself to be the best version of himself, putting himself in harm’s way against Tony’s orders. This is also relatable to the Best Little Boy in the World phenomenon also common among gay men.

I say this not to suggest that Peter Parker is actually gay as I said, that’s a contractual impossibility. I say it because when Peter’s story hits a massive emotional beat in Infinity War, despite my relative disinterest in Marvel movies and my understanding that he’ll be fine because he has a sequel on the horizon, I cried. I cried a lot. I feel a kinship with Peter Parker that I don’t with any of the other heroes, nor do I with any other incarnation of Peter Parker. There’s something special about Holland in this role, and I treasure his performance. 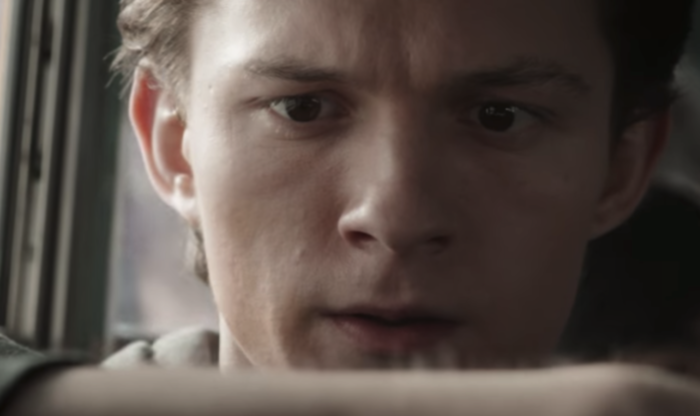 This movie was originally one of two parts is it still?

Non-spoiler answer, no. Infinity War is its own movie and carries no subtitle.

(You’ve been warned, turn back if you’re a purist and want to know nothing about the ending.) It’s half a movie. The insistence that Infinity War is a complete story is utter bullshit. The movie ends on a cliffhanger, and promises ultimately that the final Avengers film will wrap everything up. I honestly don’t mind this; I view most of the Marvel movies (with key exceptions, like Black Panther and Captain America: The Winter Soldier) as episodes in a very long TV series, not movies. But to lie blatantly about it is pretty shady on directors Joe and Anthony Russo’s part.

If Tom Holland is the best part of Infinity War, who or what is the worst?

The accent work! Oh my god, the accent work. Boseman still mostly has a handle on his Wakandan accent, but Olsen’s Russian accent fades in and out repeatedly, and don’t get me started on Doctor Strange star Benedict Cumberbatch’s low growl of an American accent. Just cast a spell that makes them all have their natural accents or something! It’d be much less distracting.