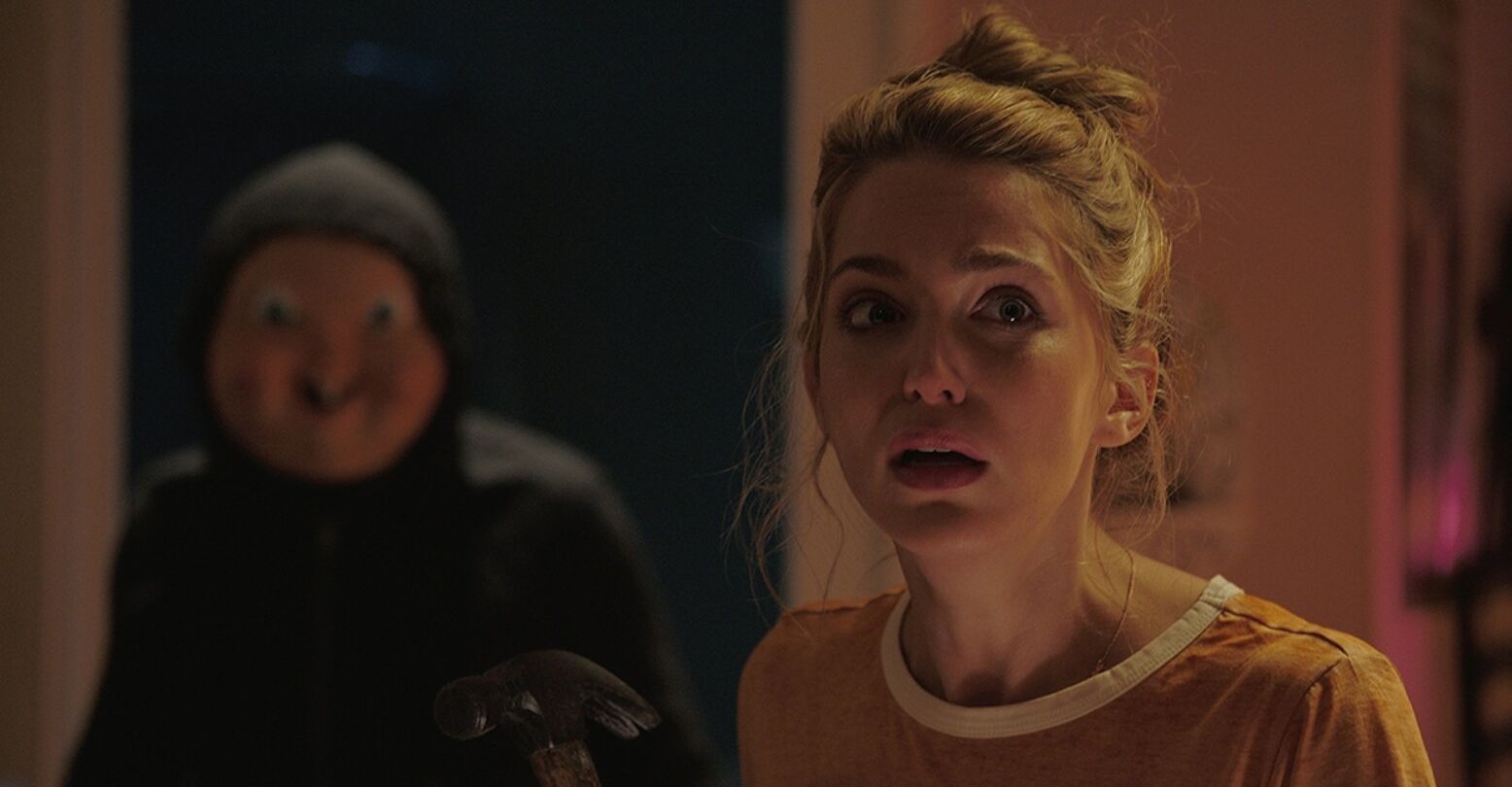 What is Happy Death Day?

You know the part in Groundhog Day where Bill Murray’s grumpy weatherman Phil Connors, in a fit of frustration over living the same day again and again, tried repeatedly to kill himself? Tree Gelbman (La La Land supporting player Jessica Rothe) is basically living that sequence, but it’s someone else that wants to kill her. Her murderer succeeds, over and over, and yet she keeps coming back to life on the same day. Worse even for Tree: It’s her birthday, a day she hates.

Through the course of over a dozen recycled birthdays, Tree searches for her killer’s identity and motive, all the while learning to be a better person herself. That sounds treacly, I know, and that’s not quite fair to the surprisingly clever Happy Death Day. The movie most closely reminds me of the Scream franchise, specifically in how it blends genres and gets a surprising number of laughs out of what initially seems like a hacky premise.

Rothe gets most of the shine here, as we’ll discuss further in a second, but it’s worth shouting out Israel Broussard as dorky-but-darling love interest Carter. If you’ll recall, he played gay male lead Marc in Sofia Coppola’s The Bling Ring. There, he was somewhat insular and hard to read; here, he’s downright charming.

To my shock, having assumed this would be mostly slasher schlock, Happy Death Day is low-key great. It’s not a cult masterpiece or anything, but it’s remarkably well-built horror that throws in just enough winks at its premise to be entertaining. Disturbia writer Christopher B. Landon directs, and you can feel his confidence with the film. Thanks both to him and comics writer Scott Lobdell’s script, Happy Death Day maintains a strident pace, never wearing out its welcome but instead providing perfect Friday the 13th fare. It’s a wonder that a movie that’s been in development for a decade turned out this well.

Truly, though, the reason to see Happy Death Day is Rothe. She’s a star who basically has to carry the entire movie on her back. To my best recollection, she’s in every scene, and she never breaks a sweat. Whether Tree’s screaming and running, fighting back against her attacker, strutting naked across the quad to the tune of Demi Lovato’s “Confident,” or sincerely connecting with the people in her life, Rothe tackles it all with equal dexterity. The last time I saw a breakout actor carry a movie this well was Emma Stone in Easy A. Perhaps she got some notes from Stone on the La La Land set?

It’s not Angels in America, but Happy Death Day is actually kinda gay! One character Tree consistently meets in her cyclical travails turns out to be gay it’s something of a spoiler to say who, so we won’t say. But we can say that, instead of making the joke about him being closeted, the joke becomes Tree’s enthusiasm for him to be who he is. “Love is love!” she shouts, and it’s just cheesy enough to be perfect. (Considering Landon himself is gay, the movie’s subtle progressiveness is no surprise.)

In the realm of potential gay icons, newcomer Rachel Matthews is a campy delight as campus mean girl Danielle, tearing into every bitchy quip she gets with abandon. She steals nearly every scene she’s in. Danielle is awful, but you might find yourself stanning for Matthews by the end.

Isn’t this basically just Edge of Tomorrow, but with college students in present day?

If you’re coming to a Groundhog Day ripoff expecting originality, I don’t know what to tell you.

But yes, Happy Death Day owes a ton to other films. It actually acknowledges this at some point, in a cute, throwaway moment we’ll leave for you to discover.

How scary is Happy Death Day?

Nothing about it is that terrifying. There are the requisite jump cuts, and the killing scenes range from the absurd to the frightening. But the sell here is in its genre-mashing fun, not in the horror elements.

Her name is Tree?

It’s short for Theresa. I didn’t write the script, don’t ask me.

Against all odds, yes.