In “But How Gay Is It?” we seek to answer the biggest questions you have about a new movie release in theaters now — including, most crucially, the titular question. Does the movie have any queer characters? Are there stories involving same-sex lovers? Which gay icons star in the film? We’re bringing you all that and more.

What is Sorry to Bother You? Rapper Boots Riley’s directorial debut follows a man struggling to make ends meet, Cassius Green (Cash for short), as he finds his calling in life. Literally, his calling: He’s a born telemarketer, capable of whipping out his “white voice” and selling anything to anyone. He rises through the ranks of his company quickly, only to realize he’s gotten himself in far too deep.

Vague? Maybe. But Sorry to Bother You is kind of a difficult film to talk about. The crux of it is a spoiler, and it’s best to go in unspoiled. Trust me when I say it’s deeply original, remarkably made, and kind of a mess at times. There’s nothing else out in theaters like it.

Who’s in it? Lakeith Stanfield, who you will likely recognize from Get Out and Atlanta, if nothing else, plays Cash. Tessa Thompson plays his girlfriend Detroit, a passionate artist with views that begin to clash with Cash’s. There are a lot of bit parts with heavy-hitter players, too, including Terry Crews as Cash’s uncle and Danny Glover as Cash’s co-worker. But maybe the buzziest performance is Armie Hammer as the Steve Jobs-esque Steve Lift. Again, saying anything more about his role would spoil the whole thing, so I’ll hold off.

Why should I see it? Like I said, it’s totally unlike anything else in theaters. Original work needs commercial support, particularly when it gets such a limited release. More support in the early days means a wider release down the line. And considering how spoiler-sensitive this movie is, you’ll want to have seen it before someone tells you what it’s about. 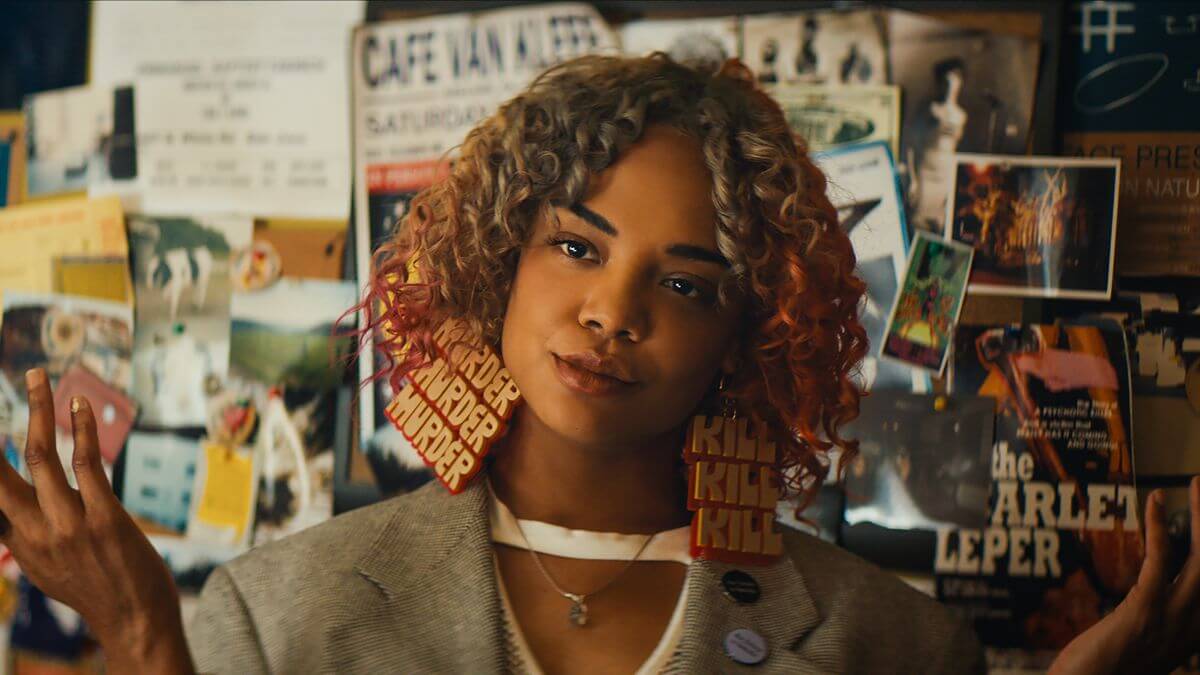 But how gay is it? Aside from the presence of the newly out Tessa Thompson, the queer content in Sorry to Bother You is limited. Combine that with Stanfield’s recent dust-up over a homophobic rap he posted, which he apologized for, and I can’t quite recommend Sorry to Bother You from a gay angle.

Is this movie as crazy as I’ve heard? So the answer is both yes and no. On the yes side, absolutely, it’s batshit, and anything I told you about why it’s batshit would spoil it for you. (I went into Sorry to Bother You completely blind, having not even seen a trailer, and I highly recommend it.) Suffice it to say Riley has one hell of an imagination, paired with some really striking visual metaphors.

That said, I was shocked at how quickly Sorry to Bother You left my imagination. Compared to something like Annihilation, which took over my thoughts not just in the days after, but the weeks and months that followed, Sorry to Bother You almost immediately became a footnote in my memory. I can’t quite figure out why, either. Part of it is that the movie gets so over the top, so detached from reality, that its message gets muddled in the process. Another problem is the pacing: the most gonzo element comes a bit too early in the film, so by the time the characters accept it as reality, you have as well. And then there’s the ending, which, no spoilers, feels tacked on for a last-minute gag. Sorry to Bother You remains something I’m glad I saw, but not a movie I’ll think about much from here on out.

Does Armie Hammer eat a peach in this movie? Sadly, he does not.

Sorry to Bother You is out in limited theaters now.