Sometimes the most interesting stories about people, the ones that get to the icky but hopefully ultimately loveable core of humanity, are about the people that we’ve never heard of. Lee Israel, a writer whose primary focus was biographies, is a pretty perfect example.

While Israel (an out lesbian) was at first was known for her biographies about Katharine Hepburn and Tallulah Bankhead, she eventually became better known for her criminal history than her work. With the help of her friend Jack Hock, Israel forged more than 400 letters by writers, celebrities and other notable figures and at one point began stealing originals to replace them with the forgeries.

While Israel’s criminal career isn’t anything to celebrate, the circumstances that led her down this brief path of crime are worth exploring —  the early ‘90s New York amidst the AIDS crisis, a failed book and subsequently a struggling career, and perhaps even being a woman who was considered “too much.” Israel got the chance to tell her own story in her acclaimed memoir Can You Ever Forgive Me?, and now Marielle Heller (director of Diary of a Teenage Girl) and Melissa McCarthy have brought Israel’s story to the big screen. 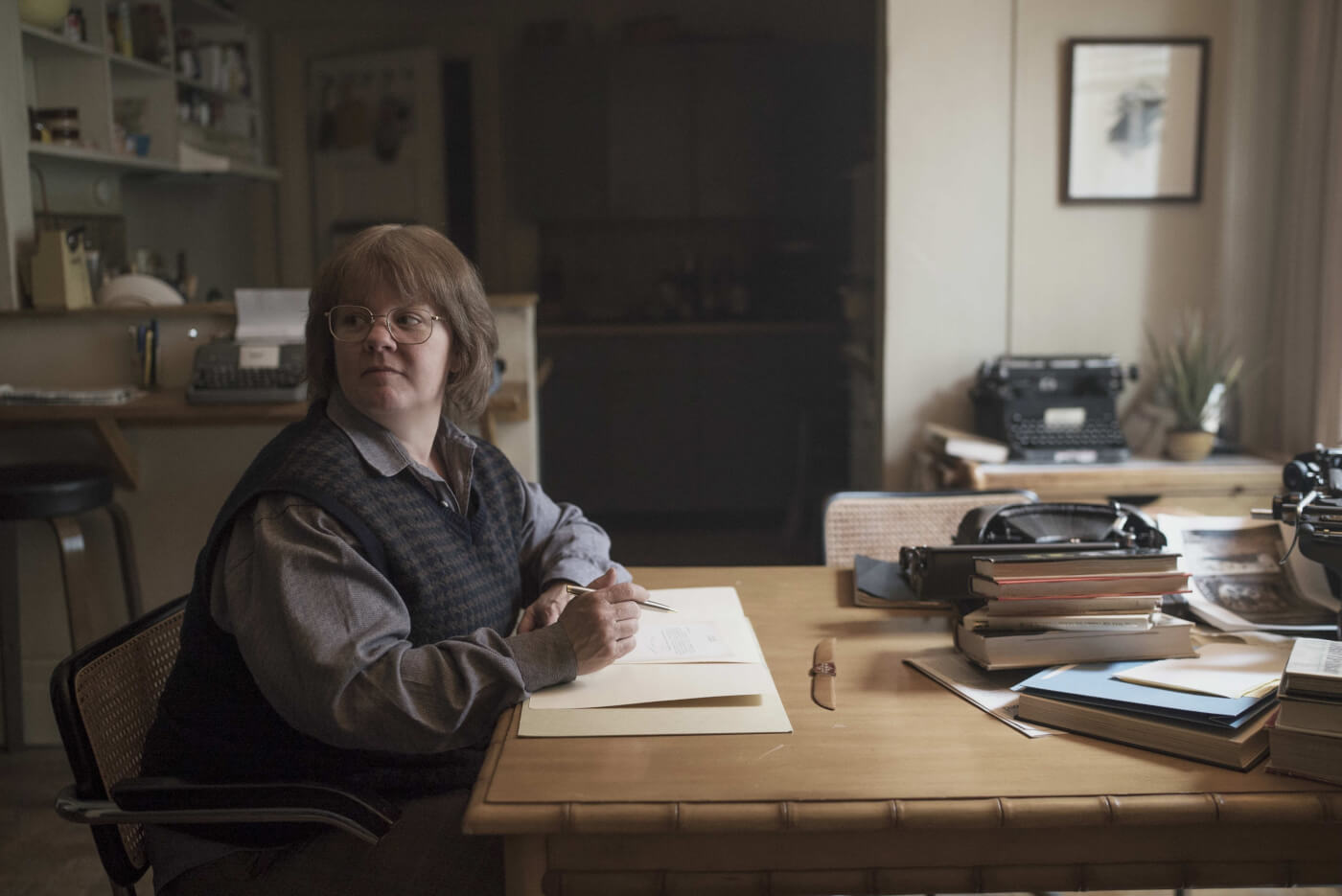 McCarthy, who plays Israel, hadn’t heard of her before she “stole” the script from her husband, actor Ben Falcone; it originally had Julianne Moore attached to play the lead role. But McCarthy felt like it was a story that she desperately needed to be a part of telling, not just because she felt kinship with Israel or thought she was a brilliant writer (Israel passed in 2014), but because Israel’s story was unknown by so many.

“I hope people will think about seeing the invisible people that are all around them all the time,” McCarthy said. “No one passed Lee and thought, ‘I wonder if she’s remarkable and wonder if she’s a better writer and smarter and funnier than anyone I know in my life.’ She just became invisible. Jack was homeless when they met, and how many people do we pass a day that we don’t even look at?”

What makes Can You Ever Forgive Me? such a quietly compelling film is the tension between all the elements that make it special and ordinary at the same time: loneliness, failure, invisibility, queerness — they’re all things in other types of films that can be treated as completely catastrophic or erased entirely. But Can You Ever Forgive Me? balances them delicately; nothing is ever overwrought or over-processed or falls into bored cliche. It’s just everyday reality — which can be joyous or heartbreaking.

McCarthy’s Israel is a character you want to hate but root for. Israel is peak unlikeable in all the boring ways that we say women aren’t likable — crass, loud, rude, gay, drinks and swears too much, gay, etc. But Israel is always steadfast in being proud of the work that she does and is unwilling to compromise that in any way. Israel’s an out lesbian, but relationships of any kind rarely work out.

The legendary New York gay bar, Julius, which has been in operation since 1864, serves as an important backdrop throughout Can You Ever Forgive Me? Not only is it a safe space where queer people like Israel and Hock can go to drown their respective sorrows and eventually meet and bond, but it’s also a place in which Israel was able to further disappear.

“The fact that she went to Julius in the early ’90s, I thought was very telling of how uncomfortable she was,” McCarthy said. “I think Lee went there to not be seen. She was not going to be bothered. She could still go somewhere where it was. There was a bit of safety in the company, but she would not be bothered. No one would see her. It was another way for her to kind of shield herself.”

And while Israel was able to keep the ladies at bay at Julius, it’s where she meets her eventual partner in crime, played by a phenomenal Richard E. Grant.

While it’s an inherently queer story, it’s also not just about that. Both Lee and Jack’s queerness is, of course, an integral part of who they both are, but at times it’s also something that’s painted as so ordinary that it barely even registers, such as when Israel goes to meet an ex-girlfriend or when Anna (a lovely Dolly Wells) clearly invites her for a dinner that’s more than platonic. It’s something that Grant appreciates deeply about the film.

“It seems to me like a road buddy movie that happens to be going from a bookshop to court to a bar,” Grant told INTO. “She’s lesbian, he’s gay, but you know what, when it comes down to it it’s two human beings needing and finding a connection.”

Wells, who plays Israel’s unrequited love interest Anna, was drawn to the film because of its small scale and more importantly the stories that it was able to tell.

“It was a really small, very specific, very detailed moving little story of loneliness and pain and addiction and, but also art and honesty and sticking to your guns. I think it’s a very, very positive queer film,” Wells said. 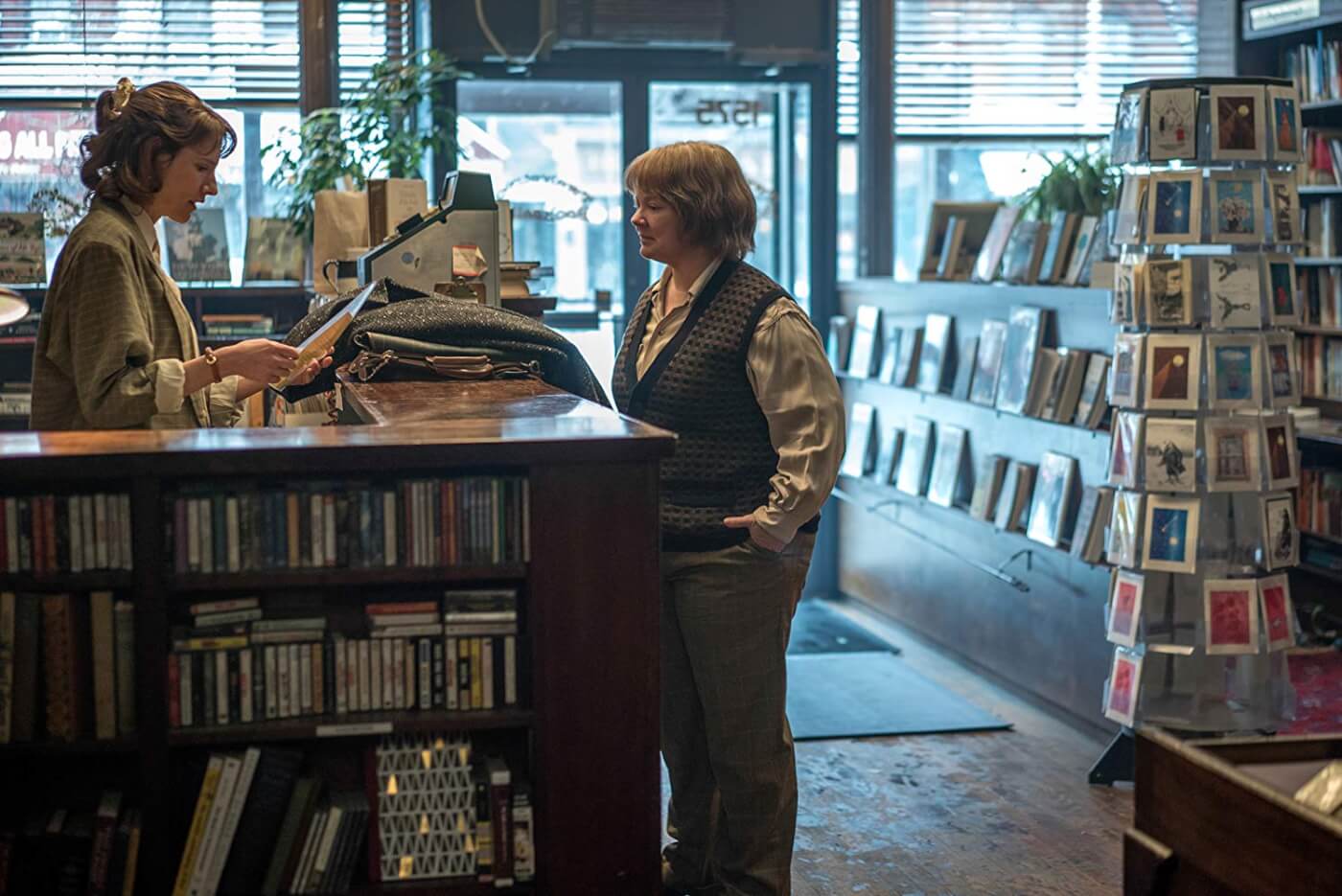 And that’s something that McCarthy and Grant echoed as well — Israel’s story is important to tell, not just because of its cinematic quality, but because people should know who Israel and Hock were, so that they’re no longer shrouded in the corners of Julius.

“The fact that I think people now don’t have to shield themselves and cloak themselves so much is a very good thing to be reminded of,” McCarthy said. “And I love that [their queerness] was just part of who they were without being on topic to the story. We need to see more of that.”

And thanks to Can You Forgive Me?, we have.

Can You Ever Forgive Me? is in theaters now.