Actress and model Cara Delevingne has been an open advocate for the LGBTQ community, as well as an out bisexual woman. Now, the 25-year old is speaking out about gender fluidity.

Delevingne sat down with British Vogue for their “royal salute” issue, dedicated to Prince Harry and Meghan Markle, and spoke about learning to be happy, and how that translated into revelations about gender fluidity.

“As a child and a teenager, all I wanted was to make people happy, but it took me so long to figure out what made me happy,” the model said. “These are my milestones; times in my life and lessons I’ve learnt that have made me who I am.”

She added, “When I first realized that gender is so much more fluid than ‘masculine’ or ‘feminine’ it was a breakthrough moment for me. Here’s a secret for you. You know those fairytales and romantic comedies we are brought up watching? They’re not real.” 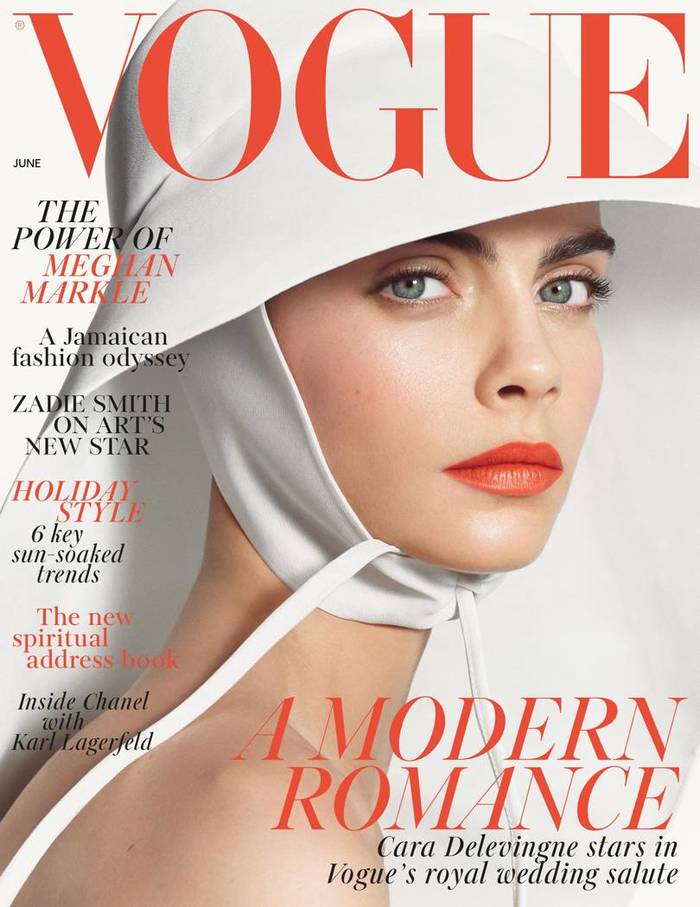 Delevingne is a loud and proud queer woman, having had multiple public relationships with fellow queer celebrities, like Michelle Rodriguez and St. Vincent. Last year, she spoke out on the stereotypes and misconceptions that bog down bisexual women.

“Once I spoke about my sexual fluidity, people were like, ‘So you’re gay’. And I’m like, ‘No, I’m not gay,’” she told Glamour UK. “A lot of the friends I have who are straight have such an old way of thinking. It’s “So you’re just gay, right?” [They] don’t understand it.”

The British model added, “I know 13- and 15-year-old girls who are like, ‘I don’t know if I like a boy or a girl yet. I haven’t decided.’ And it’s like[imagine] if I was able to comprehend [that at their age]. I am very happy how sexuality has become easier and freer to talk about, especially for kids.”

The “royal salute” June issue of Vogue, including Cara’s full interview, is available on newsstands and for digital download now.

images via Vogue and Getty