According to the Wichita Eagle, local Catholic influencer Jean Heimann sent out a widely circulated deriding the show before it came to Newman. “First of all, why is it necessary to expose students to evil?” she wrote in an email obtained by the Eagle. “Why do students need to be encouraged to learn more about a sickness in our society?”

“We got feedback from some who thought it was inappropriate for a university to host an exhibit they thought advocated for a way of life counter to the teaching of the Catholic faith,” Newman’s director of university relations Clark Schafer said in a statement.

Newman Provost and Vice President for Academic Affairs Kimberly McDowall Long says that the university “understands that diverse perspectives, in an atmosphere in which the human dignity of each person is respected, are key to learning,” but “we thought it was best” to cancel after “some confusion regarding the purpose and content of this particular exhibit.

“I would like the exhibit to spark curiosity about LGBTQ history in Kansas and help pave the way for LGBTQ Kansans’ stories to become part of official state histories,” Waller, who grew up in Wichita and obtained an undergraduate degree in art history at Wichita State University, told the Eagle. “I would like Newman University students and Wichita audiences to have the opportunity to see my work and research.”

Waller tells INTO she first found out her exhibit was being protested on Martin Luther King, Jr. Day when the Eagle’s arts reporter, Matt Riedl, contacted her to let her know.

“I was told on Tuesday, January 16th that the Newman University administration had met that day and decided to cancel the exhibition,” she says. “The University never reached out to me to tell me why, but Mary Werner, the gallery director at Newman who is also an Associate Professor of Visual Art and Director of Visual Arts at Newman, was part of the meeting where the administration made their decision and she spoke to me about it. She advocated for me and my work at the meeting, explaining that this exhibit was about LGBTQ Kansas history, focused on specific historical figures, and would include works of art that were also abstract.”

“From what I understand, one powerful person in the University administration made the decision to cancel the show because that person was convinced by Catholic protestors like Jean Heimann, who called LGBTQ people ‘a sickness in our society,’ that celebrating LGBTQ Kansas history on campus should not be allowed,” Weller continues. “Many other Newman faculty, staff, and students were not in favor of cancelling the exhibition. I was … unhappy that the first major presentation of my Kansas LGBTQ history research in the state was censored.” 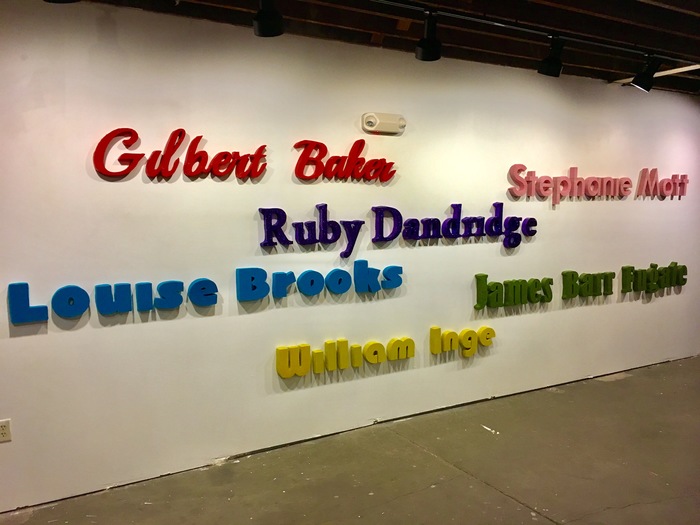 Waller says Werner helped put her in touch with an alternate venue, Harvester Arts, who agreed to take on the show.

Harvester Arts co-founder Ryan Gates tweeted about hosting the show, writing: “The show was immediately picked up with overwhelming support from the community. The opinions of the few do not represent the morals of my fellow Wichitans and Kansans.”

“Rainbow in Reverse” opened the same night as originally planned, just at a different venue.The community came out in large numbers to support Waller, who now lives in Denver, on opening night of the exhibit.

“I felt very supported by the Newman University students, faculty, and staff as well as other Wichita viewers who attended the opening reception of the exhibition at Harvester Arts,” Weller says.

A particular highlight for her was meeting the students from Kaleidoscope, Newman University’s LGBT student group.

“They gave me a T-shirt and pin featuring their group’s logo, and in turn I gave them copies of my zine 6 LGBTQ Kansans You Should Know,” she says. “I learned that they are staging a silent protest in the Newman University gallery where my show was originally going to be held, leaving responses to the cancellation of my show and to the administration’s attitude toward LGBTQ students and Kansans.”

“Rainbow in Reverse” attendees were treated to detailed biographies of queer Kansans with an accompanying state map marking their birthplace. Waller’s research into the little known histories of queer Kansans is a central part of the exhibit, including James Fugaté, a novelist who resided in Kansas and crafted sympathetic portrayals of queer love and identity, Ruby Dandridge, a performer from Wichita who’s acting included films like King Kong and Cabin in the Sky, and Gilbert Baker, the creator of a highly recognizable symbol of queer pride: the rainbow flag.

“Learning that Gilbert Baker was from Kansas galvanized some of my research into queer Kansas figures,” Waller tells INTO. 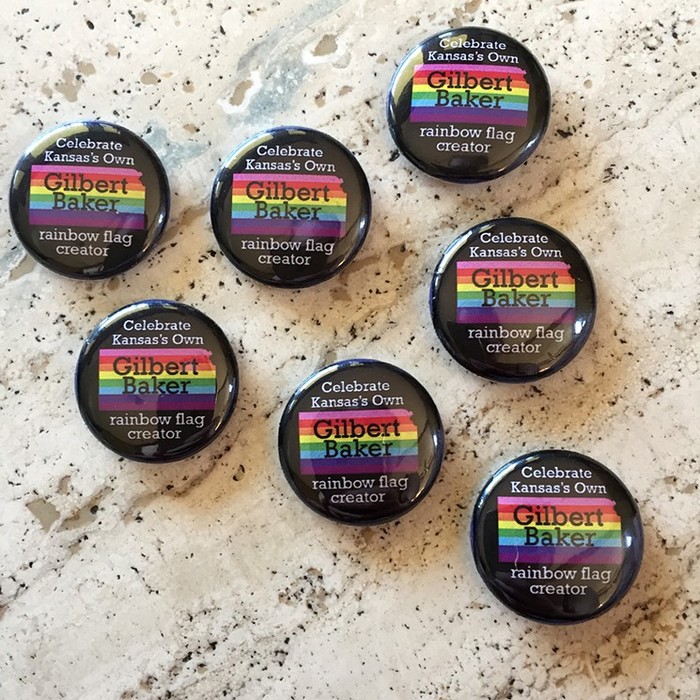 Despite the popularity of the flag he created, Baker never copyrighted the creation and left it to be used freely without restriction.

In 2017, Waller talked with WestWord about the impetus for “Rainbow in Reverse.”

“I became a devotee of the author Willa Cather as a woman who loved women and because of her novels about European immigrants living on the American Great Plains (the story of my own ancestors, essentially),” she said. “Learning about her inspired me to start compiling a history of lesbian, gay, bisexual and transgender people in my home state of Kansas.” 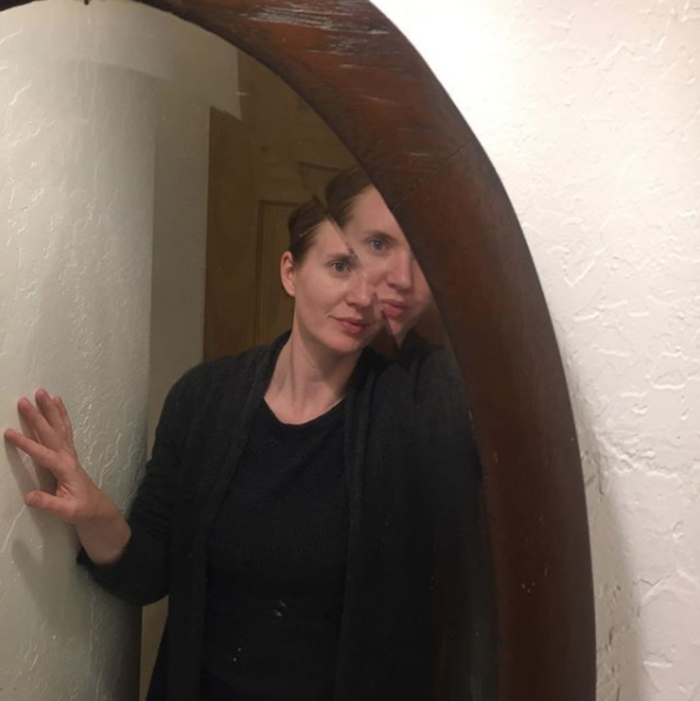 Waller said she’d like to turn “Rainbow in Reverse” into a book, but that her exhibit will have had a greater reach than she initially intended.

“I’m hopeful,” she says, “that the students will be able to make some cultural changes on campus through their protest and the discussions that they are having with other students and those in charge at Newman.”

“Rainbow in Reverse: Queer Kansas History” is on display now through February 16 at Harvester Arts.