Marlo (Theron) is an overworked and drained mom of three, and we meet her immediately following the birth of her third child, who was an accident. Marlo grapples with the never-ending exhaustion of motherhood, her husband’s lack of helpfulness, and the way prostration has manifested in her appearance and shape. No longer is Marlo the slim 20-something of her past, but a frumpy woman on the verge of complete emotional collapse.

Marlo’s sexuality comes into play days before she delivers baby number three, when she runs into the ex who defined the better part of her twentiesa woman. But wait, it gets gayer!

Bearing witness to Marlo’s inevitable breakdown on the horizon, Marlo’s wealthy brother hires a night nurse to help out around the house. The nurse is the titular Tully, played by queer fave Mackenzie Davis, who played one-half of the now-infamous queer duo in Black Mirror’s “San Junipero.” 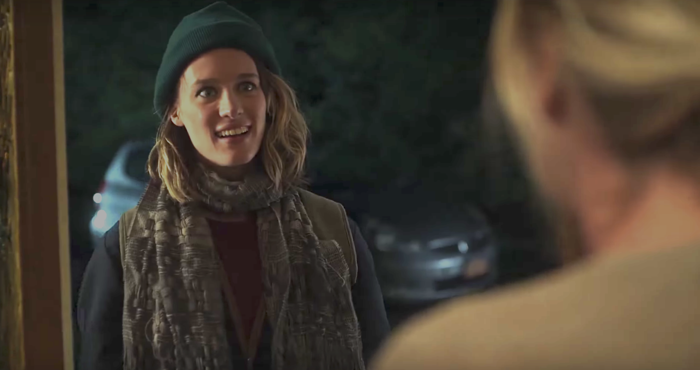 Theron is no stranger to queer female narratives having played the fatalistic bisexual spy in 2017’s Atomic Blonde as well as starring in Patty Jenkins’ Monster as the lesbian serial killer Aileen Wuornos, for which Theron won the Oscar. Theron herself has said she’s hooked up with women in the past.

Tully is the latest romp by the writer and director duo of Cody and Reitman, who teamed up for the Theron starred dramedy Young Adult in 2011, after finding initial success with their notorious 2007 comedy Juno, which won Cody the Oscar for Best Original Screenplay.

The film is set to have that familiar caustic, depressive feel that Cody and Reitman have so dexterously mastered in the past. Marlo is an exciting and nuanced character; we rarely see queer mothers as protagonists in film and entertainment. Plus, it’s always refreshing to see a queer woman in a leading role in which her queerness doesn’t define the character or reason for existing in the film, but rather just a part of what makes her her.