She dominated pre-season predictions and wish lists, but Chi Chi DeVayne’s RuPaul’s Drag Race All Stars season three run was sadly much shorter than most hoped it’d be.

The season eight queen came back from Louisiana with more money, sharper looks, and a charm that couldn’t be beat. But Chi Chi struggled in virtually every challenge, and after imploring winning queens BenDeLaCreme and Shangela to be fair on Thursday’s episode, they finally sent her home.

INTO talked with Chi Chi about her time on All Stars, why she wishes she had waited for a future season to return, and how heartbroken we all are we don’t get to see her face off against Kennedy in a lip sync.

INTO: What made you want to come back and do All Stars this season?

You mentioned during the third episode that you maybe wish you had participated in All Stars season four instead. What do you think you’d have been able to improve with more time?

CCD: I only go up. I get better and better every year. For Snatch Game, I would’ve been Cardi B or Tiffany Haddish. During the time we filmed the show, they weren’t as big as they are now. There’d have been more material, more things for me to do with more time.

For the first challenge this season, you did a baton routine. Was that something you had done in your drag before?

CCD: Definitely. I twirl batons in my drag, and that’s something I grew up doing. I was a band kid in high school. I grew up doing band. And that’s what I wanted to bring to the stage paying homage to being in marching band. 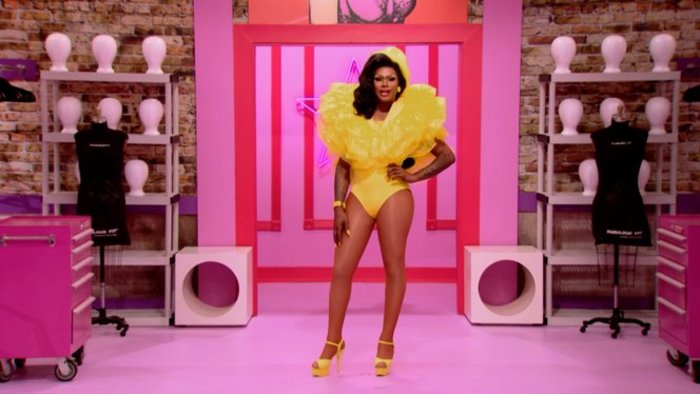 You and Thorgy Thor were the season eight representatives in All Stars season three, and the edit made it look like you were not thrilled she was there. How has your relationship with Thorgy been since your season?

CCD: Thorgy texts me all through the week. We have a great relationship. It’s just that I knew, in a competition setting, Thorgy is a worrywart. She’s always in her head, and if you let her, she’ll be in your head. Those doubts will be easily transferred over to you. That’s where that, ‘Oh my God, she’s back again’ Thorgy never lets anything go. She always reminds me that I sent her home on season eight.

Were you starting to feel any level of survivor’s guilt after lasting multiple weeks in the bottom? You seemed like you were almost telling the girls to send you home this week.

CCD: Not necessarily survivor’s guilt. I just knew I wasn’t doing well, and it was definitely my time to exit the show. It was beginning to be stressful for me, and I just wanted the girls to be fair. I knew I was being kept there because I was a good friend to everybody.

Are you as heartbroken as I am that we didn’t get to see you and Kennedy Davenport lip sync against each other on All Stars?

CCD: I’m not because she would destroy me! It would make me look bad on TV. Kennedy’s amazing. I don’t know why people want to put us up against each other when I’m not even half as good as she is.

If you had the chance to do Drag Race one more time, would you do it? Or do you feel like your journey is complete?

CCD: Oh, no. I’ll go back anytime they want me to. I’ll do All Stars 4, season 11, I’ll hop out of a box like Shangela in season 12. Whenever they want me there, I’ll most definitely be there.