On a warm August evening, people of all gender identities dance together on the second floor of Chicago’s Second Unitarian Church. A live folk band energetically plays while dancers move gracefully up and down their two lines. They’re smiling, giggling, spinning, twirling, and, when the dance is finished, thunderously applauding. The room is pulsing with joy. The walls echo with shouts of ‘that was so much fun!’ This event, Queer Contra, happens only once a month in Chicago. Clearly, it is something people have been waiting for.

Contra dance is a community folk dance in which pairs dance in long lines with other pairs to live music. It originated in the northeastern United States and stems from 17th century European country dancing. In traditional contra, the roles for each pair are referred to as “ladies” and “gents,” with gents being the leaders and ladies being the followers. These roles, however, tend to alienate queer dancers.

“At any contra dance, even if they’re using ladies and gents, anybody can dance those roles,” says Qwill Duvall, an organizer of Chicago’s queer contra. “But the words are still gendered, which is uncomfortable for a lot of people.” Chicago queer contra organizer Andrea Craft says using the traditional title names affects who asks who to dance and oftentimes means dancers only get to learn one role.

Queer contra is nongendered, meaning anyone can dance any role with any partner. It provides people of all gender expressions and identities a safe, welcoming place to dance. Instead of ladies and gents, roles are known as “larks” and “ravens.” Larks on the left, ravens on the right. It is up to each pair to choose who is who and they can switch whenever they want. 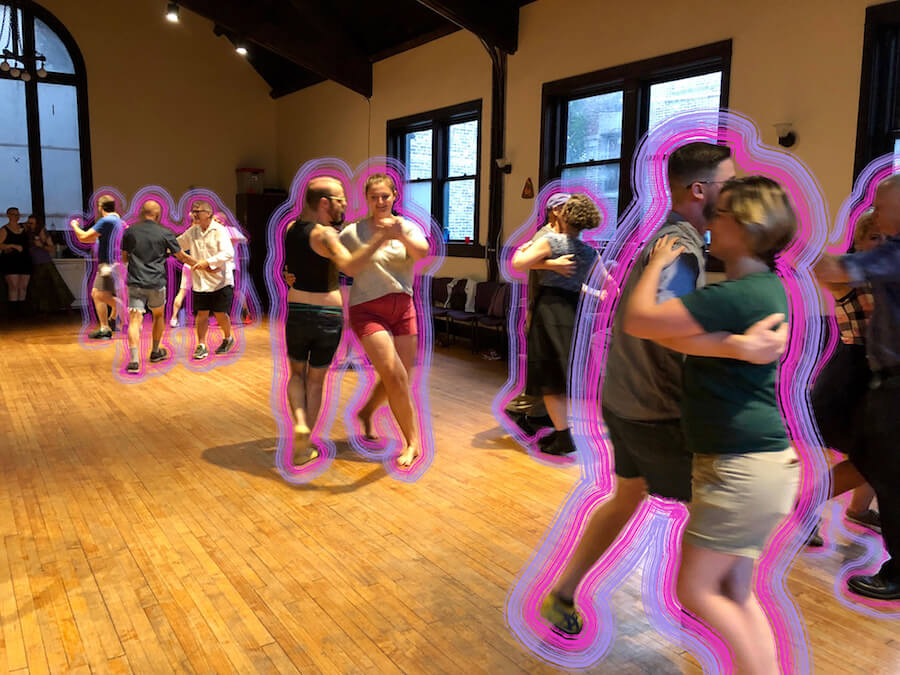 Chicago’s queer contra event averages about 60 people per dance. Often, the age range spans up to seventy years. People come for many reasons. Some have been dancing in one form or another all their lives and wanted a more inclusive way to do so. Some have done absolutely no dancing until the first time they attend queer contra and are in it for the community it offers. There are not many other opportunities, the organizers explain, to attend queer gatherings that are not centered around alcohol.

Regardless of motivation, though, queer contra welcomes anyone with open arms.

“For as long as I’ve been coming,” says organizer Eli Malone, “It has been a very open, welcoming space where you can come however you are, whatever you look like, however you present, and be welcomed and not worry about judgment. It’s not perfect, nothing is, but it’s one of the best places I’ve found for that.”

Contra is an extremely social dance. By dancing up and down the lines with different pairs, dancers are often able to dance with everyone. They are encouraged to change partners between each 5-minute segment, and those who come alone are immediately welcomed with many requests to dance. 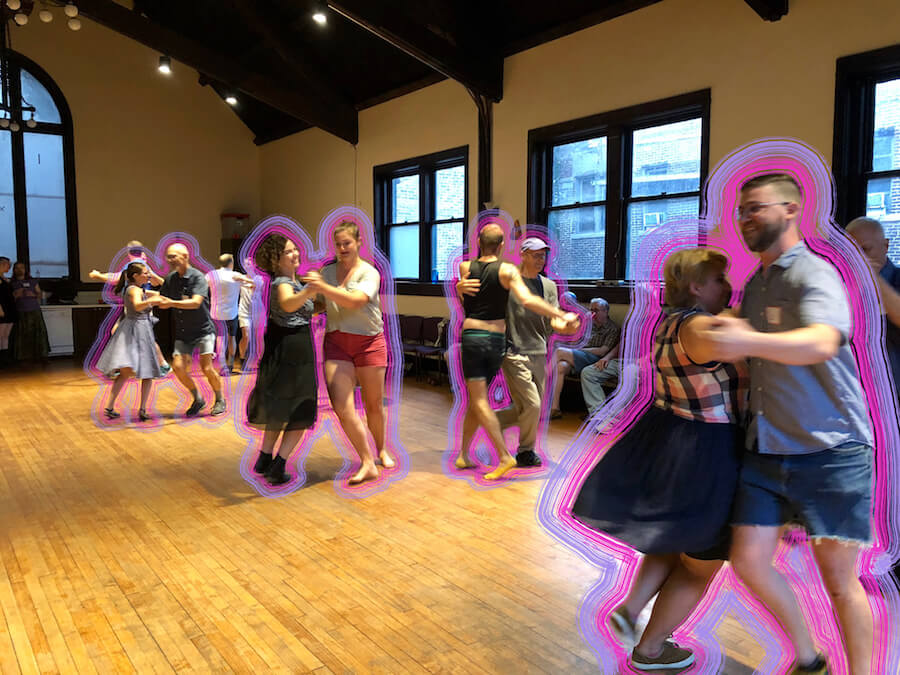 Duvall, who identifies as nonbinary, has been doing social partner dancing since high school, but when they moved to Chicago, struggled to find a dance group that did not feel heteronormative. “I felt really stressed about my gender presentation and getting asked to dance,” they explain. When someone told them about Queer Contra, they knew it was what they’d been looking for. “It was so welcoming. Someone asked me to dance every single dance. I could dance whatever role I wanted. There’s a lot of eye contact, which I love. It was playful and welcoming and I have been doing it since that day.”

Queer contra is made very accessible to beginners. For thirty minutes before each monthly dance, the caller—who stands at the front and calls out moves—offers lessons to anyone who has not done contra before. At the August dance, at least ten beginners show up for lessons and are seamlessly integrated into the dances throughout the night.

Craft loves that beginners have the opportunity to learn contra without ever knowing the traditional gender roles. “What our dance is doing,” they say, “Is making nongendered roles the norm. There are people who learn to dance this way without gender roles, and it shows that is a possibility.”

While it is imperative queer contra is known as a safe space, Malone emphasizes it isn’t only about that. It’s also about the fun, the sheer joy that dancing together brings. That joy can be felt the moment you enter the room. It can be seen in the width of everyone’s smiles, and heard in the sound of their laughter.

“I love this group so much,” says Craft. “The space we create for trans people is the most important thing for me, but all of these folks I work with are so delightful and cooperative and we enjoy the work we do. It’s really lucky to have a thing that for me is my organizing and for it to be so joyful.”

For others, like Penny, queer contra means even more. When he was invited to his first contra dance, he says he was “absolutely heartbroken.” Queer contra is what saved him. “I felt like I was being pulled out of the ocean. I felt like I was being rescued and healed. I’m happy to say it doesn’t have that effect any longer. It’s had its effect. I feel whole now because of the dancing.”