This has been a pretty big week for the LGBT community in China. First, they protested an anti-gay policy that was coming to a popular social media site. And now, they’re celebrating as their first gay movie opens for a wide release.

The film, Looking for Rohmer is a French-Chinese coproduction about a Chinese dancer who discovers his “friend” has died and has to come to terms with his death. The relationship between the two men is ambiguous, and apparently remains ambiguous throughout the movie. According to Chinese culture site Sixth Tone, their reporter was in the theater with only three other viewers on opening weekendall of which were gay men. 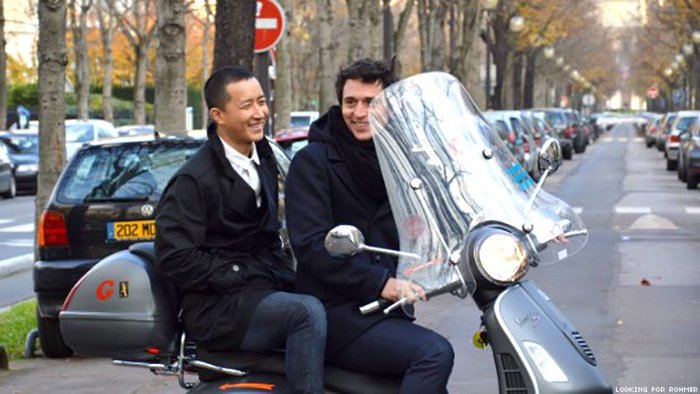 Judging by early responses to the movie, it seems that it suffers from a couple of tropes that Western queer cinema has dealt with for a long time. First, the relationship is entirely subtext and could be easily missed my straight audiences. While one part of gay films is about representation and seeing oneself on screen, another part is about normalizing gay relationships among straight audiences. The second trope is that one of them dies. Because of course queer people can’t have happy endings.

Given the fact that Western film has had a similar problem in the past, we can have high hopes for the future of China’s LGBTQ population and the media they create.