In Jamie Babbit’s 1999 black comedy But I’m a Cheerleader, Natasha Lyonne’s Megan is sent to a conversion therapy camp after her parents and friends stage an intervention. They point out her love of vaginal art and Melissa Etheridge and lack of interest in kissing her quarterback boyfriend as telltale signs that she’s homosexual. It seems, however, that Megan hasn’t yet confirmed this for herself — after all, she’s a cheerleader, the titular inference suggesting the laughable idea that “lesbian” and “cheerleader” are somehow a contradiction.

But it’s once Megan arrives at True Directions that her lesbianism is solidified, as she’s asked, along with her peers, to identify her “root.” They helpfully offer their own:  “My mother got married in pants.” “Too many locker room showers with the varsity team.” “All girl boarding school.” “I was born in France.” These “roots” of homosexuality have, of course, little to do with a person’s sexual identity, yet a program like the one True Directions is based on — true ex-gay conversion therapy settings — will pose similar requests that are so ludicrous that But I’m A Cheerleader has ample room to poke fun at such twisted notions. (Megan later learns her root: the year her dad was laid off and her mom had to support the family on one income. Poof — lesbian!)

The Miseducation of Cameron Post takes a similarly sardonic approach to the “root” of homosexuality for the teens attending its conversion sleepaway camp, God’s Promise. The religious-based space encourages its attendees to fill out an “iceberg,” detailing the experiences they’ve had that may have informed their wayward lifestyle — the unseen influences lurking beneath the surface that are soon to be dragged above water. But while much of what the disciples of God’s Promise preach is absurd enough to ridicule, this film doesn’t laugh off the botched psychotherapy. Cameron Post focuses less on the campiness of the camps, turning toward the real lives deterred and destroyed by conversion camps all over the world. 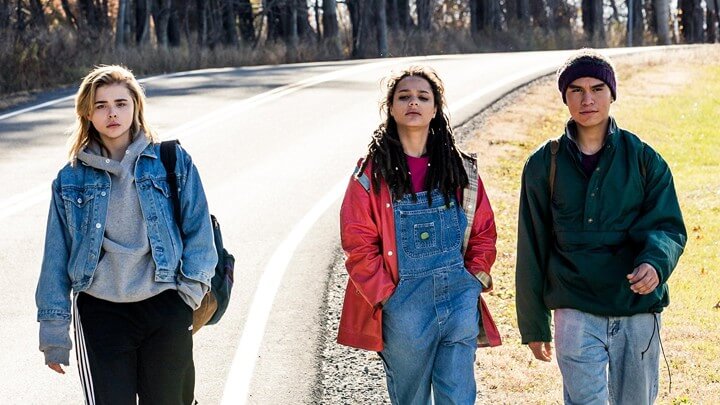 Written and directed by Desiree Akhavan (along with co-writer Cecilia Frugiuele), The Miseducation of Cameron Post won the Grand Jury Prize at this year’s Sundance Film Festival, where it also received high praise for its stars, including Chloë Grace Moretz in the titular role. Cameron Post is a 16-year-old girl who lives with her aunt in Montana after her parents perish in a car accident. (The film doesn’t go into the details of the accident much, but the Emily Danforth novel on which it’s based has much more background.) On prom night, Cameron is caught having sex in a car with her best friend, and is immediately sent to God’s Promise. Her peers at camp are largely unimpressed by the efforts of those in charge, though a few seem to believe it might pay off. They come from vastly different backgrounds, and the “God” at the center of God’s Promise is not specifically Christian, but the embodiment of a more general idea of sin and punishment.

“I love the fact that it doesn’t go in on religion, you know,” Moretz told INTO. “The reality is — [as] Desi and I really learned when we were doing the pre-production for the film and doing research for it — the survivors we met were from so many different backgrounds and stories as to why they got put into it. Every person’s story was different. One person was there because his father was an immigrant and didn’t want his son to have less opportunities in the world, so he thought he was giving him more opportunities by trying to get the gay out of him. I had never thought about that. I only really thought about it in terms of Christians trying to put people through it for religious beliefs.”

Whereas some straight actresses who play lesbian roles make sure to assert their heterosexuality in press interviews, Moretz doesn’t feel it necessary to make that clarification. Moretz speaks confidently about the truths and horrors of conversion therapy (she brought up Delaware’s ban from that day early in the conversation) because she refers to herself as part of the LGBTQ community.

“I come from a family of two gay brothers, so for me, even though I signed on to this movie in the Obama era where we were still under a very liberal system, and things were on the up and up in the LGBT community, I still felt like this was a story that needed to be told,” Moretz said. “Desi tackled the diversity of it I think incredibly well. She showed in her script, which really came across in the movie, that there is no face of being gay. There is no face of conversion therapy, and every person’s struggles are different but also alike in that we can all connect with the fact that we are all being put in a box by the higher powers that be.” 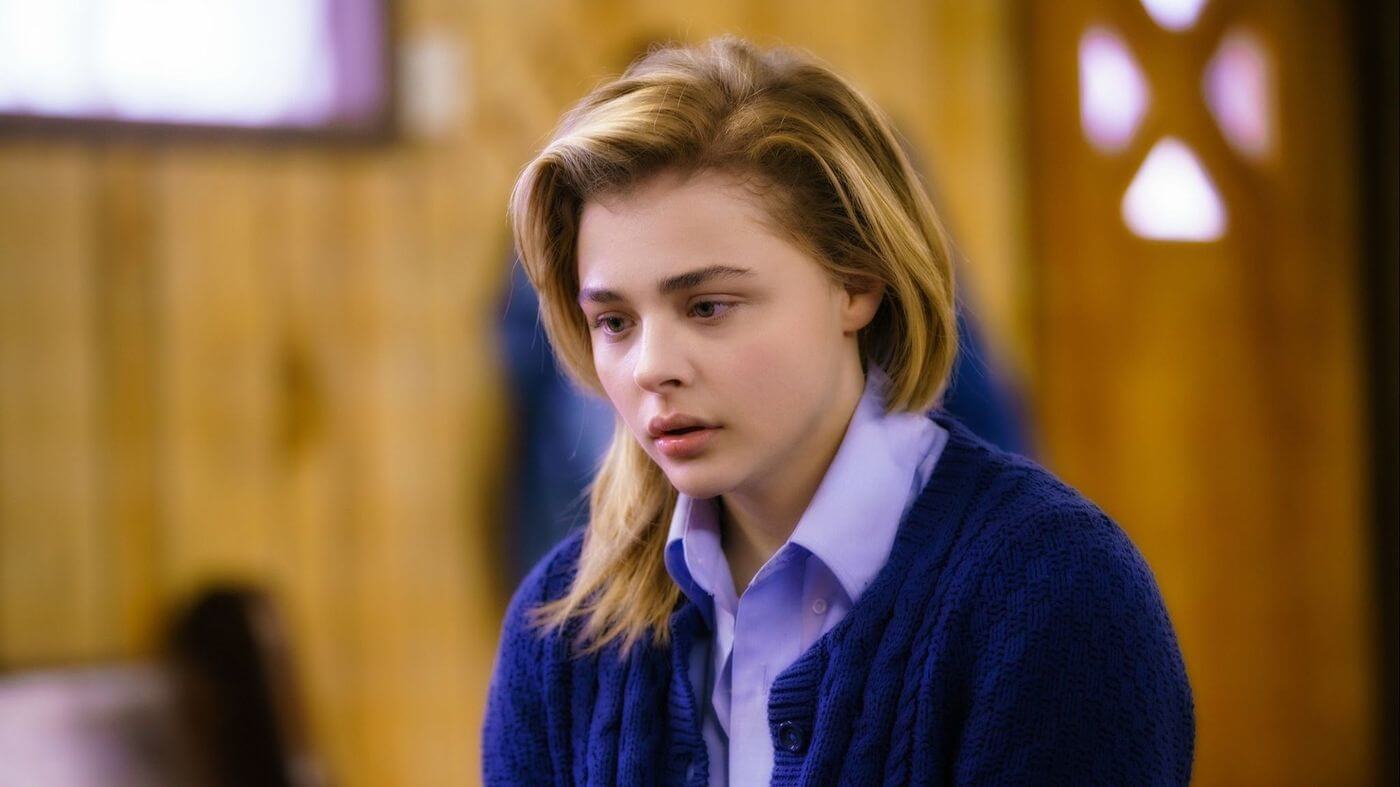 At 21, Moretz has already starred in several high-profile films and television shows, racking up awards from MTV, People’s Choice, and Teen Choice. But in the last few years, Moretz has moved away from mainstream Hollywood, opting for projects like Olivier Assayas’s Clouds of Sils Maria opposite Kristen Stewart and Juliette Binoche and the controversial (and unreleasable) Louis C.K. dramedy I Love You, Daddy. But she said she was still not finding the kinds of roles that she connected with until she found Miseducation.

“I had taken a little break in my career to reconstruct who I was and to change my trajectory and to change the content I was putting out because I felt disingenuous to myself,” Moretz said. “I felt that I wasn’t giving myself the fire that I needed to be taking on. I wasn’t kicking myself in my ass and questioning myself. I wanted to feel great in a lot of ways and the first thing that really ticked all the boxes with me in terms of progressive content, something that has not been seen before, was this.”

Fans of Akhavan’s work (including her web series with former partner and collaborator Ingrid Jungermann The Slope or her debut feature Appropriate Behavior) appreciate her wry wit and observational humor set amongst the oft-depressing peculiarities of modern life. So far, her work has been deeply queer, and as Akhavan is also Iranian, her lens is a particularly unique one. But despite Cameron Post receiving favorable reviews and the biggest award out of Sundance, the film didn’t get a major distribution deal out of the festival, while other films about queer female sexuality directed by men (Lizzie, Colette) announced relatively large fall releases.

The Miseducation of Cameron Post is perhaps proof of the kind of punishment films made by and about queer women still receive from the industry; a kind of discernment made by those in charge (largely men) who believe audiences have a limited interest in lesbian content unless it’s delivered in a more salacious manner (see: the male-directed sex scenes in Blue is the Warmest Color, Disobedience). The queer female gaze is still seen as less than, even when (or especially when) offering a perspective on their own stories.  (“We made it for no money,” Moretz says, disclosing that the budget was less than one million dollars and they shot for 23 days.)

Cameron Post has some very honest sex scenes, with Moretz delivering (as she does in most of the film) a performance that is largely written on her face. 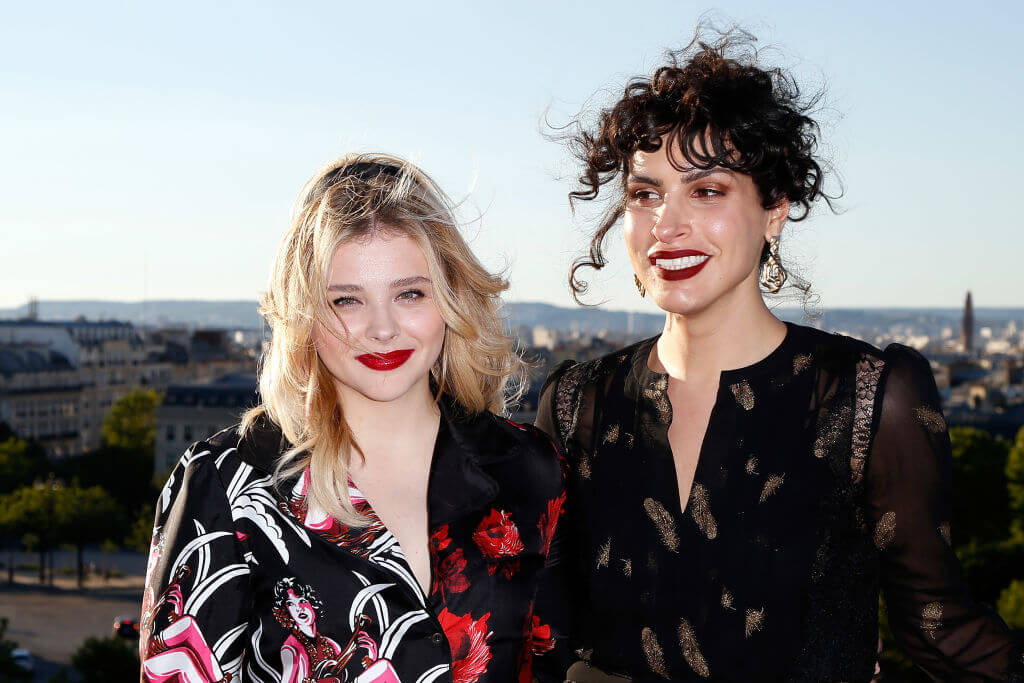 Moretz praises Akhavan’s approach to the sex scenes in the film, particularly the singular shot where Cameron and her best friend get caught.

“It’s so real. And it’s nice to see it adequately depicted because it’s not voyeuristic and it’s not tropey,” Moretz said. “It’s really wonderful and organic and back footed.”

With Cameron Post opening in theaters this weekend, Moretz is hopeful that what she calls an “important movie” will affect audiences as more than entertainment. It’s another instance of her speaking directly on LGBTQ issues instead of broadly about the “universality” of gay stories like most straight actors do in order to make clear their intention for attracting a broader (read: hetero) audience.

“I just hope it gets people to ask the questions,” she said. “Seven hundred thousand people are currently affected by [conversion therapy] in America. Seventy-seven thousand LGBT teens will be put through it in the next five years. It raises the rates exponentially of suicide and HIV. Obviously depression, alcoholism, drug abuse. Every major health organization in America has come out against it saying that there is absolutely no basis in the health world for it. So it’s just shocking to see that politically, they are still fighting for it but medically and statistically, it’s an incredibly regressive, disgusting, psycho manipulation.”

Should this sound like an afterschool special, rest assured it’s not. God’s Promise is the wolf-in-sheep’s-clothing setting for Moretz, along with co-stars Sasha Lane, Emily Skeggs, and Forrest Goodluck, among others, but it’s the icebergs — the roots — of each character that drives the story, and that allows for emotional connection with every one of them. Cameron is the way in, but the larger appeal is in the combined narratives of young queer people who are being made to feel inadequate by those said to love and care about them, and how being reminded of that all day, every day, can actually mean sinking deeper into despair.

“[Desi] is a brilliant filmmaker in that sense because she can take what she’s gone through and the adversity that she’s seen in her life,” Moretz said. “She can really shape that into each different character and that’s why you see this beautiful ensemble where every single person is not a plot device, they have their stories fully seen out, and each person has a voice — even the camp counselors.”

“Halfway through production,” she continued, “President Trump became our President-elect and all of a sudden, it became not only important to us and our community, but also to society. … People can be educated and they can see the beauty of interpersonal or intimate relationships of gay people meeting gay people for the very first time — what that looks like.” 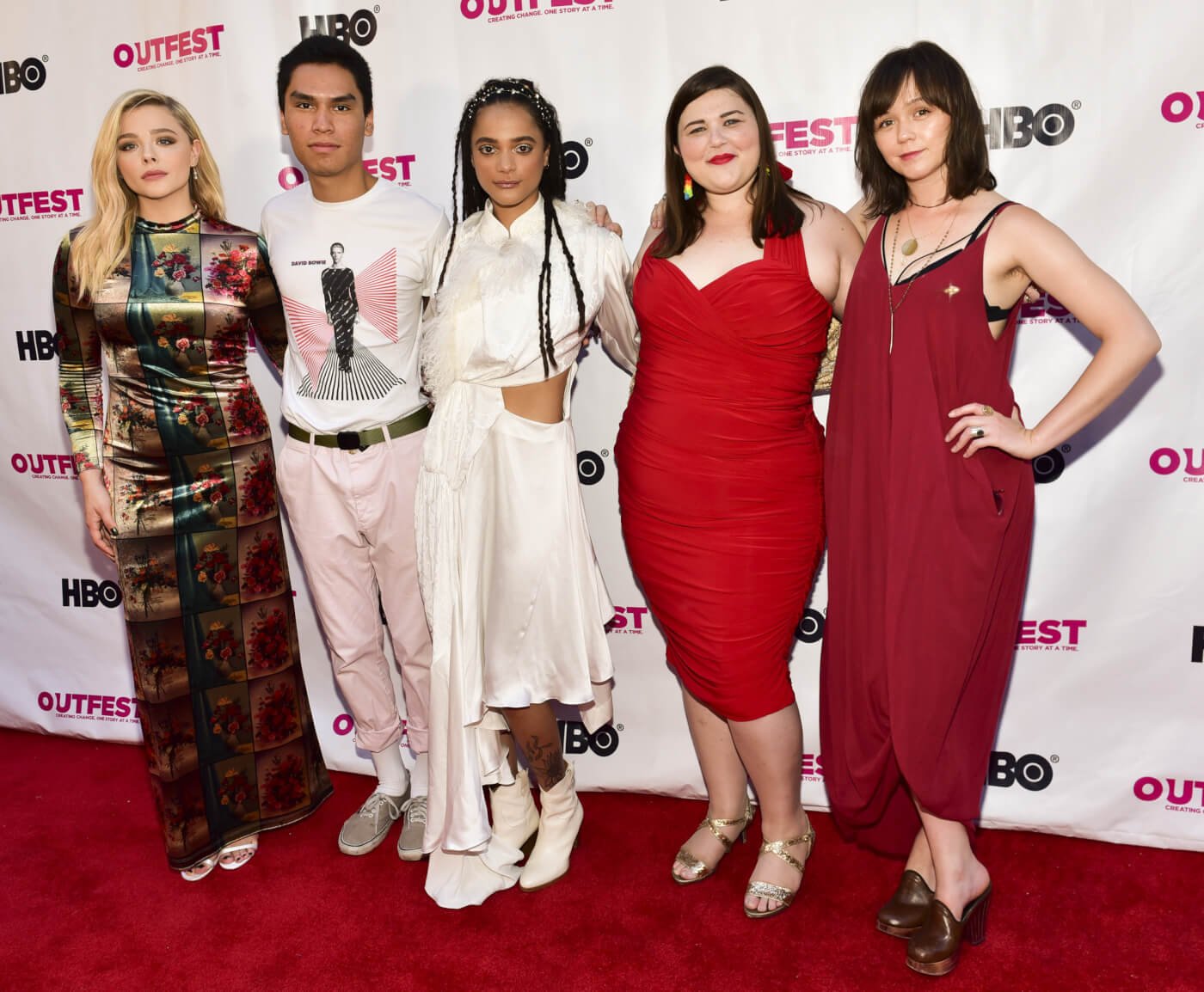 Moretz says having gay people in her family has informed the way she moves through the world, as well as the kinds of roles she wants to play. Cameron Post is just one of those characters she sees “society shying away from.” (Next up: roles in out director Luca Guadagnino’s Suspiria and Neil Jordan’s The Widow.)

“Being an advocate for LGBT rights as a young woman, I’ve always been an open book and I would like to continue to raise the flag high and be a part of the community and push content out there that feels like being adequately depicted on the screen,” she said. “What’s beautiful about the LGBTQ community is it encompasses all walks of life and having two gay brothers in my life allowed me to become a young woman and realize that I can stand up for myself, I can stand up for my brothers, and that people are going to throw mud at you all day but you don’t have to allow it to affect you. You can still fight against it.”

The Miseducation of Cameron Post opens in New York on August 3rd and additional cities (including Los Angeles) on August 10th.