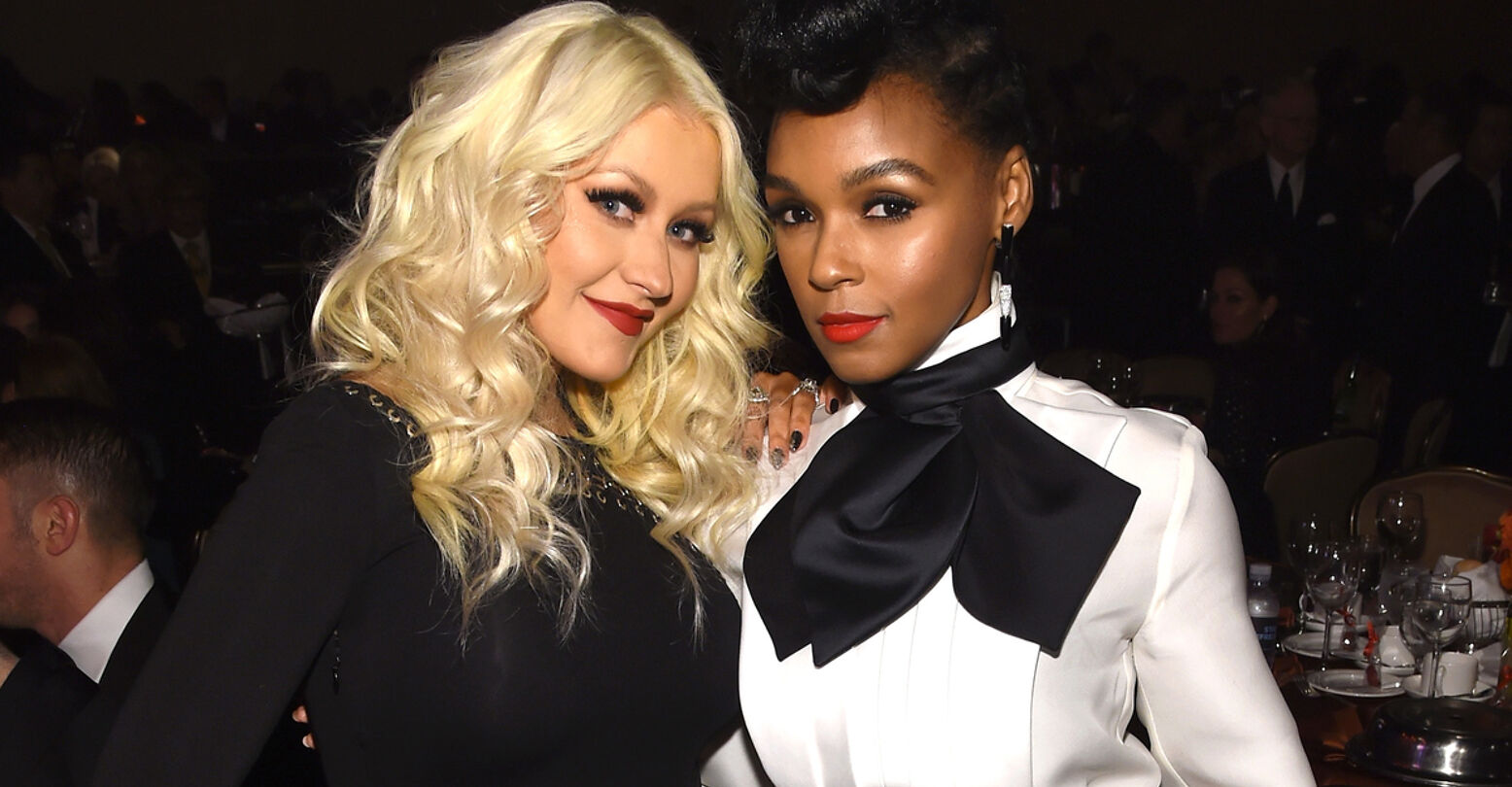 Christina Aguilera is many things. A Grammy award-winning singer/songwriter, actress, television personality, mother, and self-proclaimed fighter. But one title the singer has more than earned, but probably isn’t celebrated enough for, is LGBTQ ally. Over the course of her 20-year career, Aguilera has regularly used her platform to speak on issues around LGBTQ and equality well before being woke was a thing.

As she seems finally on the cusp of releasing new music after a six-year absence – she’s been teasing images and cryptic videos across her social media this past week sending her devoted fans (also known as Fighters) into a meltdownit seems fitting to highlight all the great work she has done, and continues to do for our community.

Where is the evidence for this said wokeness, I hear you ask? Well, the most obvious place to start is with the single “Beautiful,” released in 2002 from her critically acclaimed sophomore album Stripped. With its clear message celebrating inner beauty, courage, and unwavering strength, the song was quickly embraced as an anthem for the LGBTQ community.

This was further amplified by the music video, directed by Jonas Åkerlund, which showed two gay men kissing and a transgender person getting dressed in the mirror. Admittedly, this is pretty tame stuff compared to what we see today, but you have to remember this was in 2002 and gay marriage was nowhere near being legal in America. More so, the visibility of transgender people in mainstream popular culture was practically non-existent, so a music video like “Beautiful” wasn’t only powerful, it was revolutionary for its time.

The video’s significance was marked by The Gay & Lesbian Alliance Against Defamation (GLAAD) in 2003 when Christina received aSpecial Recognition Award for including gay and transgender images in her music video. During her acceptance speech, she said: “It was so important to me that I support the gay community in this sense. It’s so sad that still in 2003 we even have to give awards like this. And that’s why I’m here to show my love and support to all of you.” The song was also voted by UK LGBTQ rights charity Stonewall as the most empowering gay anthem of all time in 2011.

Proving her support for the queer community isn’t just superficial, in 2004 Christina became a spokesperson for the MAC Cosmetics Viva Glam campaign, and used her new appointment to voice her support for the MAC AIDS Fund. According to Billboard, the pop diva said: “I think this whole topic of AIDS is something that can be taken very lightly in the world today, especially in the younger generation.” She went on to explain that AIDS can affect anyone, no matter what gender, thus using her position to dispel common myths and gross misconceptions about who can contract HIV.

One thing people seem to forget is that “Beautiful” isn’t the only song from Aguilera’s extensive back catalog of hits to be dedicated to the LGBTQ community. In June 2016, after the Pulse nightclub shootingwhich saw 49 LGBTQ POC (most of them Latinx) individuals killed, the singer released the song “Change” and stated all proceeds from the single would be donated to the National Compassion Fund, set up at the time to help raise money for the victims and families affected by the Pulse shooting.

Taking to her website (page no longer available) the singer wrote: “The horrific tragedy that occurred in Orlando continues to weigh heavily on my mind. I am sending so much love and so many prayers to the victims and their families.”

However, I think the greatest thing Christina has done for the LGBTQ community is be unapologetically herself. I remember being 11/12 years old and seeing Christina, ass-baring chaps and all, emerge a fearless, powerful, and sexually confident woman in the music video to “Dirrty.” Gone was the cookie-cutter image she was forced to adopt during her debut in 1998. Instead, the newly revamped Aguilera embraced her body, wore her sexuality proudly and spoke her mind. It was at this point where she became a queer hero because gay men, in particular, look towards fearless and resilient women as their idols and Christina represented what so many closeted queer teens at the time wanted so badly to be; themselves.

I mean, of course, the songs were and still are brilliant. “Dirrty” will forever be a staple in gay bars around the world, “Can’t Hold Us Down” remains one of the best tellings of the sexual double standard between men and women, and, of course, “Beautiful” will always be our anthem. But the way Christina just did not give a single fuck was so inspiring, even when the media tried to vilify her for it. And better yet, every other pop girl who has come after Christina has ended up having their own Stripped moment where they ditch their wholesome image and embrace their sexuality, making every gay man who is a fan of pop music scream “YAAAAAAS!” You only have to look at Selena Gomez, Demi Lovato, and Miley Cyrus with her polarizing Bangerz era to see the impact for yourself.

But let’s be clear: Her track record isn’t completely blemish-free when it comes to inspiring and supporting the LGBTQ community. There was that very problematic Saturday Night Live skit from 2015 where the singer parodied the character of Samantha Jones from Sex and the City and referred to herself as a “tranny,” but this one error in judgment shouldn’t discredit all the positive work she’s done to help our community. And if questioned about it today, I’d like to think she’d apologize and take full responsibility for her actions.

The last time Christina released any music of her own was in 2012 with her seventh studio album Lotus. The industry has changed a hell of a lot in her absence, and despite her being a veteran in the business, she’s re-entering the game again as an underdog. There are plenty of people who will be quick to call her a flop and question her relevance in 2018, but just remember that through the highs and lows of her career, Xtina has always had our backs.

It’s time we had hers.