This past weekend, I was on Twitter when that explosive 2011 clip that featured Chris Rock, Disgraced Dick-Flasher Louis C.K., Ricky Gervais, and Jerry Seinfeld, with the former three all kiki-ing apparently about how much of a “nigger” Louis is, resurfaced. 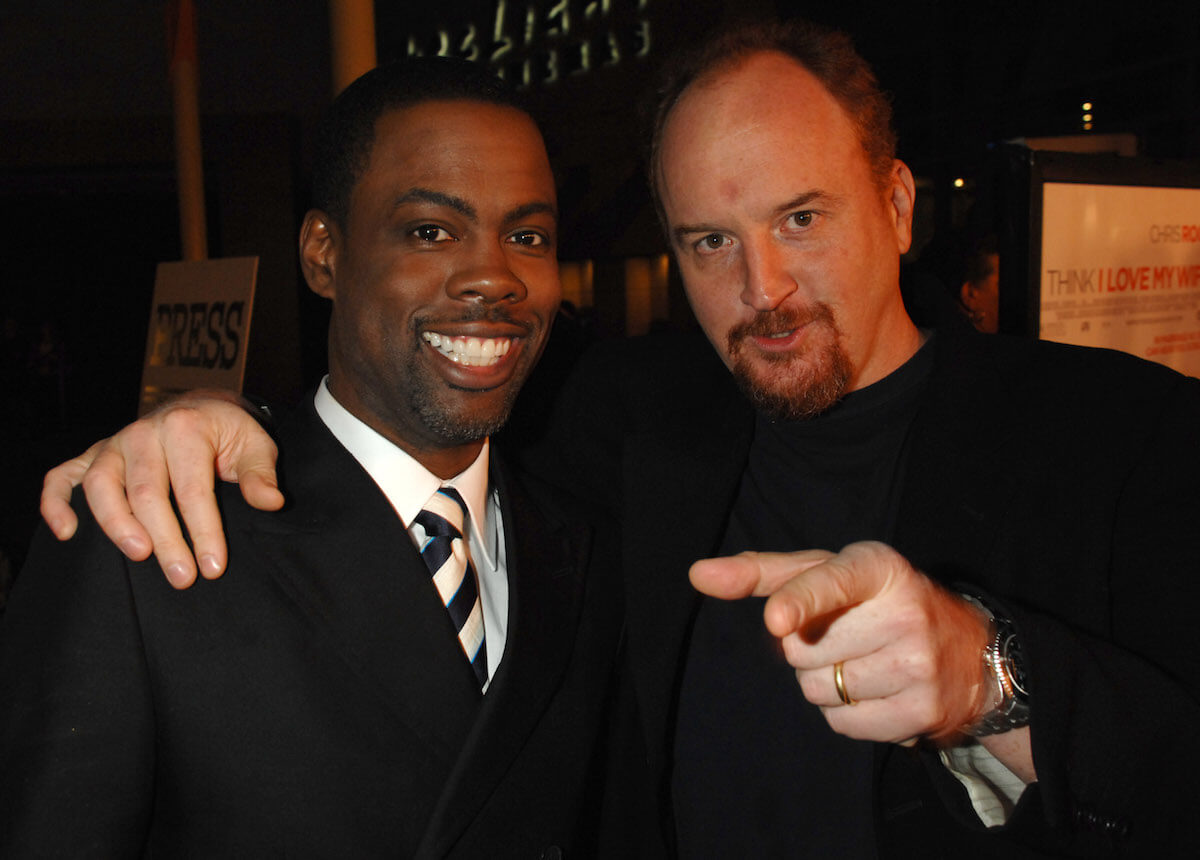 Now. Many points, both valid and asinine, have been raised since then. Muthafuckas that refuse to detach from the teat of respectability politics, like Roland Martin, once again took this opportunity to ask if we should expect White people to not say “nigger” when we say it. This is an asinine point not worth engaging as it has been used to troll us for centuries. Leslie Jones didn’t mention the Chris Rock situation by name, but she tweeted that we should let comedians do their job—with the implication that that was maybe what Chris Rock was doing. This is an asinine point not worth engaging, mostly because Black “comedians” have been on one as of late, using “comedy” as an excuse and a vehicle for bigotry. Then, there’s the point that says that it shouldn’t have been Rock’s responsibility to check C.K. and Gervais when they were throwing “niggers” around like NDAs used to cover-up bad White man behavior.

And this point is worth engaging, primarily because the premise of it is disingenuous and the framing obscures several things worth discussing.

Starting with the following:

The clip highlights the precarious nature of being a token Black.

Chris Rock was the only Black person in the room when one of his colleagues said the word. He laughed. He also laughed when the second one said it only after the first one had seemingly gotten away with it. And after all this, the only one to show any moderate discomfort was the other White guy in the room.

These are the facts of the case…and together they all look kind of…bad.

But such is the life of a token Black person in a primarily White space.

Tokenism isn’t a new phenomenon. Black folx experience it in schools, neighborhoods, at work, occasionally in places of worship, and so on. Hell, it’s such a  common thing for us that there is a whole character called Token who exists on television. And, as to be expected, he’s Black. 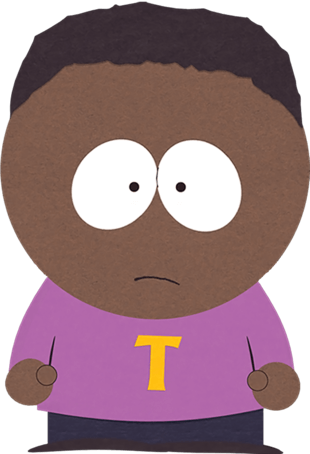 I have found myself being a token in several of the situations I listed above and while there are an array of ways one can react to being the only Black person in a singular space, I’ve found that the reactions can generally be broken down into two categories: A. Either you’re comfortable and you find joy in being a token (or i.e. “special”) or B. You find no comfort in being a token and actively reject it.

Category A is interesting because it is the spring from which White folx’s version of “diversity” springs from. A little sprinkle of Black. Maybe a little sprinkle of Brown. But in this case, there can only be one or there will be too much. This is the kind of shit that majority White spaces run on. From Hollywood all the way to the classroom. And classrooms are always interesting studies of both categories, because you found out real quick what kind of Black person you are when confronted with 99 Chets, Brandons, and Taylors who look nothing like you. This lack of belonging and feeling of being outnumbered that ensues may be a pain to some or perhaps a power-up to others. A Category A Black™️ would feel empowered at being the only Black person in the room because they have convinced themselves that they are in the room because they are the best of the best. Being the Only Black™️ then becomes a source of pride for them. A badge of honor. And they take this badge and brown-nose their way around the room. Schmoozing it up until every Chet, Dan, and Larry thinks they’re funny, affable, and harmless. And thus accepted…or as accepted as any nigger will be in that alabaster room.

Now. As for Category B? Even imagining themselves in this scenario is nightmare fuel enough. But being in it? Well, it’s an exercise in waking madness.  Any self-respecting Category B Black™️ will ask themselves why they are in this space and where the other Black people are. They will feel the discomfort and absurdity of being the only Black person in a singular space. And this is because they realize that it is a constant negotiation between whether they will acquiesce to the Whiteness of this particular space and appear as harmless as possible or if they will do the opposite and be as “rowdy,” “disruptive,” or “disagreeable” as it takes to let these White people know who they’re dealing with.

This is Category B Energy!


Which is all that it comes down to: comfort. Tokenism is designed to make the majority, White people in this case, comfortable. It is designed so that the majority is not overrun by the minority. And it is designed so the minority recognizes that they are the minority and act accordingly. This is the crux of what it is like to be a Category A or B Black™️. Instead of being horrified by the mechanism of tokenism, the former finds tokenism to be worth celebrating and basks in it, even at the cost of other compatriots that look like them. The latter recognizes tokenism for the monstrosity it is, finds it utterly disgusting, and actively seeks to undermine it, not caring if they fall out of favor with the majority for doing so.

So. The question is…where would one place Chris Rock? In Category A or Category B?

After that clip, I’d argue A. And here’s why:

Chris Rock handled being a token Black poorly. But he always has.

Based on that clip and based on Rock’s long career, I’d argue that he falls into category A (he’s not the only “popular” Black comedian that fits this profile either, but that’s a conversation for another day). Think about it. Rock has been an important Black and/or token Black in every other Adam Sandler movie ever. The show Everybody Hates Chris (which is loosely based on his life), while hilarious, deals primarily with the perils of being one of the only Black kids at school…when he’s not dealing with his family at home. Many of his acts or routines have discussed with what it’s like to be the only Black in certain White spaces somewhat, but never anything deeper than the unfairness of it or the double standards of such situations or what it’s like to have to do all that work to get half of what Chet is failing upwards to get. It’s the kind of shallow ass race theory that many other cishet Black men spew ad nauseam, so I’m not exactly surprised. What is semi-surprising was the reaction I had to seeing Rock token it up in that clip and give C.K. and Gervais space to say what they said. 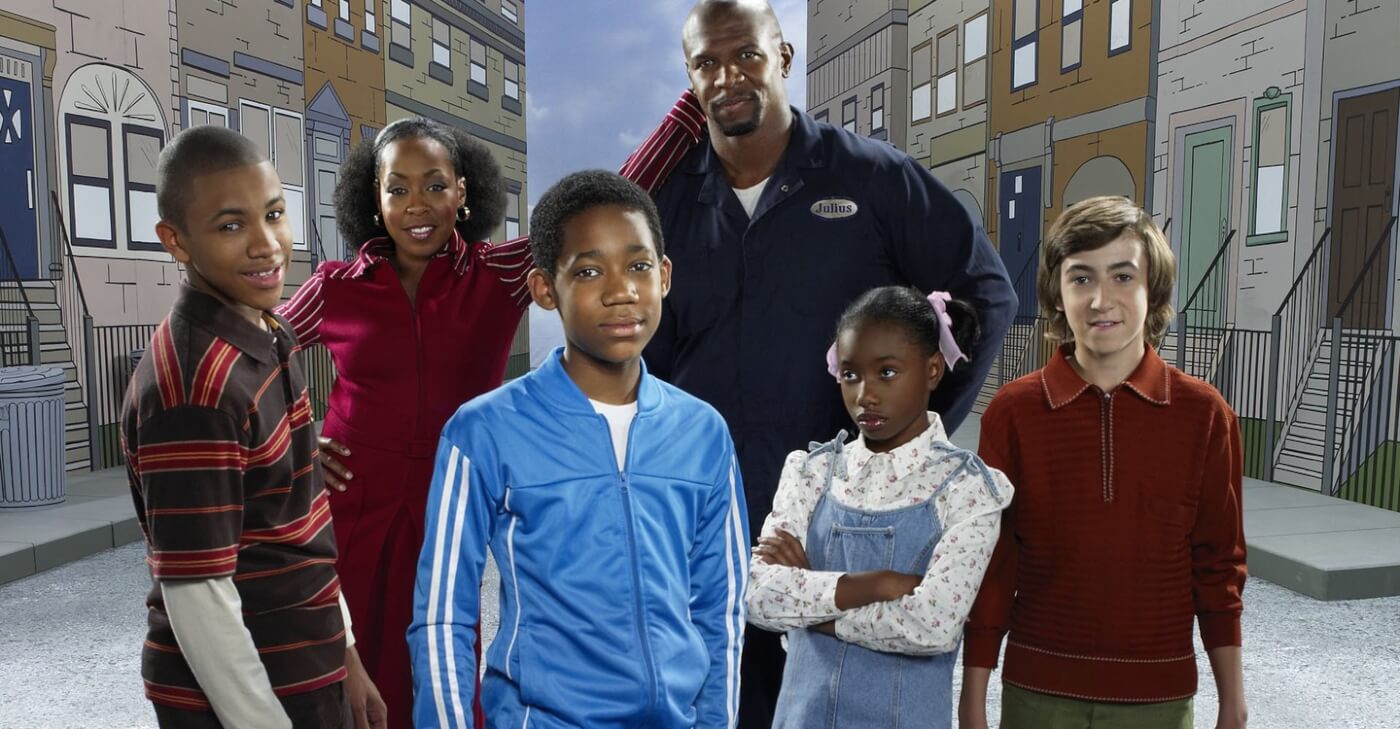 I say this because I’ve lived long enough to see myself be a Category A Black™️ and a Category B Black™️. The latter was in the earlier parts of my life. Grade school. My Nigerian parents had somewhat instilled a degree of confidence in my intelligence and with me being surrounded with a whole bunch of Whiteness up until middle school, a bitch thought she was so damn smart and special. I mean, that would have to explain the fact that I was the only one, right? Of course, middle school and high school thankfully busted that bubble for me (as I was introduced to other Black people who didn’t have their heads shoved up as far up their own asses as I did) and college completely blew it out of the water. Having attended university during a time when diversity and inclusion where a bit more than buzzwords, that was surely put to the test for me when I found myself being the only Black person—hell, only Black woman—in rooms with literally all White men, particular in my film classes (as it was my major). I was also there when they questioned the humanity of my people or the humanity of the people whose “sketchy” neighborhood they were currently occupying. And I was also the only Black person in the room when “nigga” and/or “nigger” was dropped.

When any of these things happen, a token Black is always faced with a decision. Do you let it slide? Do you laugh it up with them and fly under the radar? Or do you check them and let them know that shit isn’t okay?

I checked them. Rock didn’t.

But the issue is not that he “gave” C.K. and Gervais “permission” to say the word. It was never about that. That framing is manipulative and, quite frankly, fallacious. There ain’t no nigga alive—and you can quote me—that can give a White man permission to do shit. White men have been giving themselves permission to do whatever the fuck they want since they, I hypothesize, crawled out of the same breach that Kaijukind oozed out of in Pacific Rim and “discovered” America. Permission, in this case, is an aberration and a deflection.

What this IS about is the lengths that Black people can, and sometimes do go to, to make their White colleagues comfortable enough to say this kind of shit around them. This is where the outrage comes from. I’m not so naive that I think that those White boys I checked never said the word again. I know they did. And they probably blurted it out so they wouldn’t combust the moment they got home or got to their cars or got to that Kanye, Jay Z, Kendrick, or Childish Gambino concert. But the important thing is that they knew not to blurt it out around me. It was never again uttered in my presence. I removed the rug of comfort and space that allows them to do that and thus removed myself from any potential bigotry done or spoken in my name.

I mean, where the fuck do you think all these racist White people get their “I’m not racist” cards from? Where do you think all the “I have a Black friend, so I can’t be racist” or the “My Black friend lets me say it/lets me do it, so why can’t you?” talking points come from? They come from Black people who don’t draw this hard line in the name of comfort and most important, access. No one is asking you to stop and drop every Tom, Dick, and Larry who has even thought of uttering the word nigger (I personally would try, but I’m wired differently).

But you had better not be complicit in it.