Lemme start this off by saying that I am an avid fan of This Is Us.

Jack Pearson (played by Milo Ventimiglia) is perhaps my favorite TV Dad in recent history. I too suffer the dilemma of whether I’d like his son, Randall Pearson, to be my father or my man. I adore Randall’s amazing portrayal by Sterling K. Brown and believe Brown is going to go on to have quite the prolific career.

Beth Pearson (as portrayed by Susan Kelechi Watson aka Future Blue Ivy) is someone I strive to model myself after and high-key hope I grow into. Kevin Pearson may make me want to throw a brick at his noodle-head (as humorously called by my colleague Brie) every episode, but I am also ecstatically happy that actor Justin Hartley is getting consistent (and good) work because he deserves it. 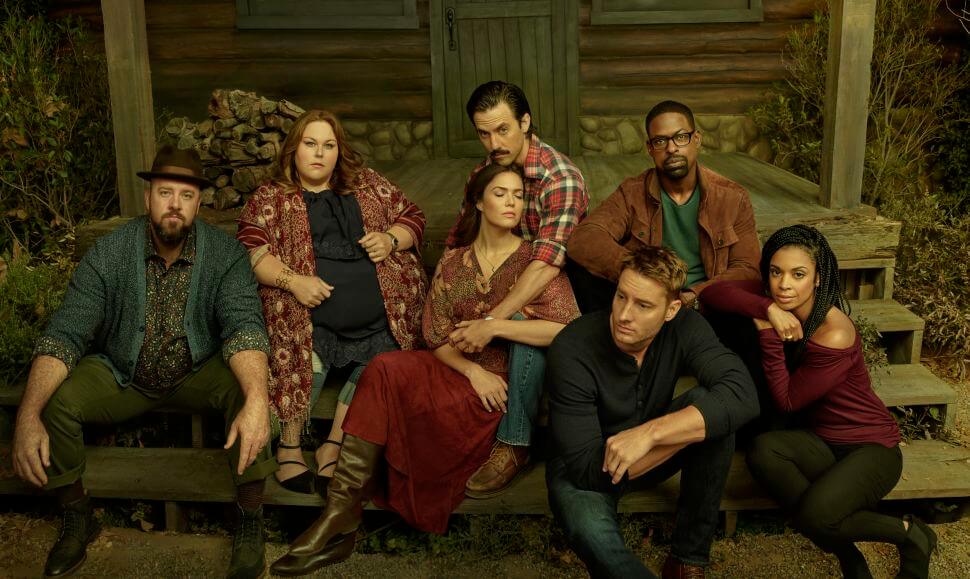 I know you’re probably wondering the point of me listing everything I liked about the show. See, when you’re in the business of media criticism like me, your completely valid thoughts tend to be drowned out and dismissed as “unfounded haterism.” And to balance that out, I usually have to list like 99 things that I like about the target of my criticism….before I completely rip into it.

And what is the subject of today’s thoughts which could potentially be dismissed as “unfounded haterism”?

My issue with her is simple, really:

All Kate does on This Is Us is be fat.

That sounds harsh, I know. But consider the evidence.

In this week’s episode, her storyline revolved around her tense relationship with her mom Rebecca, and Rebecca’s concern that being pregnant at her weight might kill her. Last week, Kate had a meltdown at her 38th birthday party about the universe not giving her a break and her fatness blocking her ability to get pregnant…which I really just rolled my eyes at because at the end of the day, fatness or not, Kate is still a White woman and wagging her finger at the universe for not bowing at her feet felt especially cringe-worthy to me.

Season One saw flashbacks of Kate being ostracized as a kid by her “friends” due to her weight and she spent a majority of the season working up the nerve to apply to have weight-loss surgery. She was instead referred by her doctor to a fat camp. She spent a couple of episodes attempting to lose weight at a fat camp and then was kicked out of said camp when the schlubby son of the camp owner came onto her and she rebuffed his advances.

In Season Two, there was a move to focus on her singing abilities and where that might take her. At first, I was excited by this, as I thought this would be her storyline for its duration, but it was again sidelined by her anxiety over being fat (and an impending pregnancy and marriage). Case in point, she leaves a singing audition because everyone auditioning is skinny, sans her. Though she returns later, it’s taxing to watch her shit on herself for being fat every. damn. day.

Now, we eventually get episodes that clearly show that there was a connection between Kate’s relationship with food and relationship with her father, Jack, and how eating is a coping mechanism for her, but it hasn’t really evolved past that. And there were allusions to what clearly might have been and could have been body dysmorphia, especially when Kate loses weight to fit into her chosen dress for the winter formal and still is not satisfied and chooses to attempt and fail to squeeze herself into another dress. But that’s never really explored past that particular episode. And I get that Kate’s friend Madison is supposed to be a living, breathing stand-in for that particular issue (especially because she is bulimic), but it doesn’t necessarily work for me.

So being that I just listed Kate’s narrative arc across two seasons and some episodes, you’d think that would mean that there would be hella attributes, characteristics, and hell even hobbies of hers that I could name, right?

Yeah, that’s not quite right. In actuality, as of at least two episodes into Season Three, all I know about Kate is that she’s fat, really misses her dead dad, is super close to Kevin (because twins!), is really in love with Toby because he makes her better (…OK…), but was also really close to Randall as a teen (even though she and Kevin consistently make shady bio-kid comments that leave him out), has this weird contentious and formerly competitive relationship with her mom (who is thin, attractive, and aspired to be a singer), and, oh, she likes to sing. I guess. Oh, and again, she’s fat.

As the show likes to remind us every three seconds.

And honestly, we can really boil this all down to her entire life being defined by her relationships with the men in them (you wanna talk about something failing the Bechdel test, peep her!) and her irrational and embattled love/hate relationships with women who she perceives to be skinnier (read: more attractive) than her. Which very much explains why Madison is her only friend (and even that barely happened), her relationship with her mom, and her standoffishness toward Beth initially.

In other words, Kate Pearson is a hot mess. Not as bad as Sierra Burgess, of course, but seeing as actress Chrissy Metz also played a miserable fat woman in that production as well, this ain’t a good look.

One wonders where we go from here. Where? How are we to improve on a character who, in my honest and yes, very fat opinion, is the weakest part of the show?

Obviously, there is no easy answer, but I assume the solution would include, hmm, I don’t know, not hearing about how fat and miserable she is all the time? Maybe it would include her having a friend who isn’t her brother or her brother or her husband or the skinny girl she shat on in their fat people town hall meeting who I deadass only see once every like 3 -4 episodes? Maybe it would include her revisiting her love for singing? Or starting a new career? Or advancing in her current one (I mean, season 1 and 2 showed us she is capable of doing amazing PR work. What the hell happened to that)? Maybe it might include her going out and hanging out with women of multiple shapes, sizes, and colors? Women, that she, GASP, doesn’t automatically envy or hate? Women who would most certainly call her on her [White woman] shenanigans, come to think of it?

Maybe—and look, this is completely groundbreaking, so hold on to your butts—the writers of the show could even show that Kate is capable of living regular-schmegular life while being…wait for it…WAIT FOR IT…fat.

I know. I know. It’s an extremely novel concept. For television and film. Even in this “progressive” age.

And you wanna know the most fucked up part? This shouldn’t be a hard concept to grasp, but it is, because it requires us to recognize the humanity of fat people first. Even before their representation.

And we’re just not there as a society yet.