I have a confession.

I have been obsessed with the Netflix smash hit The Haunting of Hill House for over a week now. And to be honest, though my bar for what constitutes “scary” is pretty low (I literally watch these moves with my blanket wound so tightly around my head that sometimes the blanket ends up scaring me), the show was less scary than traumatic for me. And it was traumatic particularly because of its preoccupation not with horror, but with tragedy.

When I finally finished it, I tried to figure out why I was so deeply affected by the series. Of course, tales of grief and loss always tend to get my sappy ass and I have always been very empathetic towards stories that do not shy away from the complexities of mental illness or suicide. So it was a given that I was gonna feel a way (read: sad) about the tragic deaths of Olivia and Nell and Hugh’s sacrifice. But that still wasn’t it. I found that I was most affected by how the rest of the Crain family handled the trauma that was dealt to them, particularly as it concerned elder sibling Steven Crain.

There honestly are not enough cuss words in the English language to describe how I felt about Steven while watching the show. As previously stated, he is the eldest sibling when all of the shit with Hill House goes down during that fateful summer that ends with his mother’s death. And while everyone is deeply affected by what happens in that house, Steven pretends that he’s not. He also pretends that his entire family is crazy and is deeply affected by ~mental illness~ (yes, he says it in this condescending manner) and claims that their belief in the haunting that happened to them as children is proof, as is their resistance to getting any treatment. He gaslights each and every one of them about their experiences, then turns around and profits off of them by retelling their stories in his novel, in ways that of course make them look “crazy” or “unhinged”. 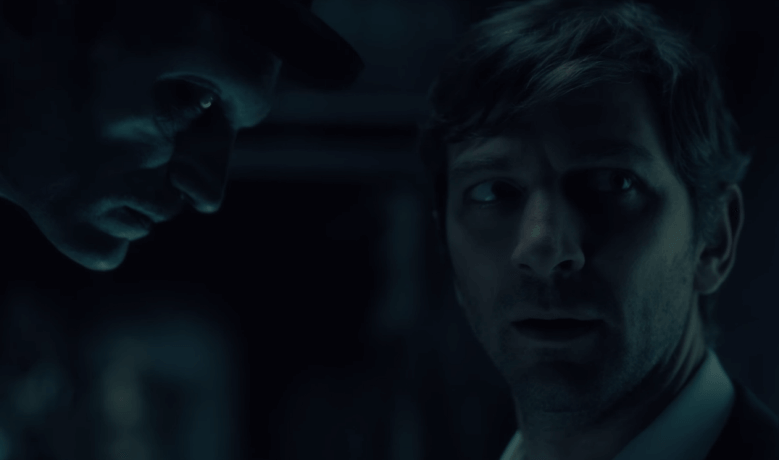 Until he experiences things for himself, of course.

He is a shitty character, period, but hearing over and over again about how he was the eldest and didn’t really act like it…upset me, to put it nicely. And Shirley (another of the Crain siblings who I wasn’t too fond of because she was just too judgmental for my tastes) calls him on it, particularly because you discover it is not him but her who gave tons of money to help their youngest brother Luke and get him through rehab, and she is currently housing their middle sister, Theo, in her guest house. She rips him a new one about how he shirked his responsibilities as the eldest sibling to go live his best life in Los Angeles and leave them all behind and, whew, what a gut punch. Especially because I had JUST caught up on This Is Us’ Vietnam episode and was feeling peculiarly raw when it came to siblings.

“Vietnam” focuses specifically on future family patriarch and current elder brother Jack Pearson and his experiences right before Vietnam. You find out that he had actually avoided getting drafted because of his irregular heartbeat and he only ends up going because his younger brother Nicky is drafted and he wants to keep an eye on him. He was prepared to sneak him across the US/Canadian border, but when Nicky refuses, they both find themselves in Vietnam. All of this is big brother shit. It is totally elder sibling energy. Jack has his own needs, sure, but he becomes uniquely selfless when the needs of his younger brother arise. Jack takes his role as the elder sibling to heart, and while it tends to get him in some rather sticky situations, it is what makes him such a good dad, friend, and husband (who of course is not without his flaws and is never above admitting them)–and a stark departure from his own abusive father. 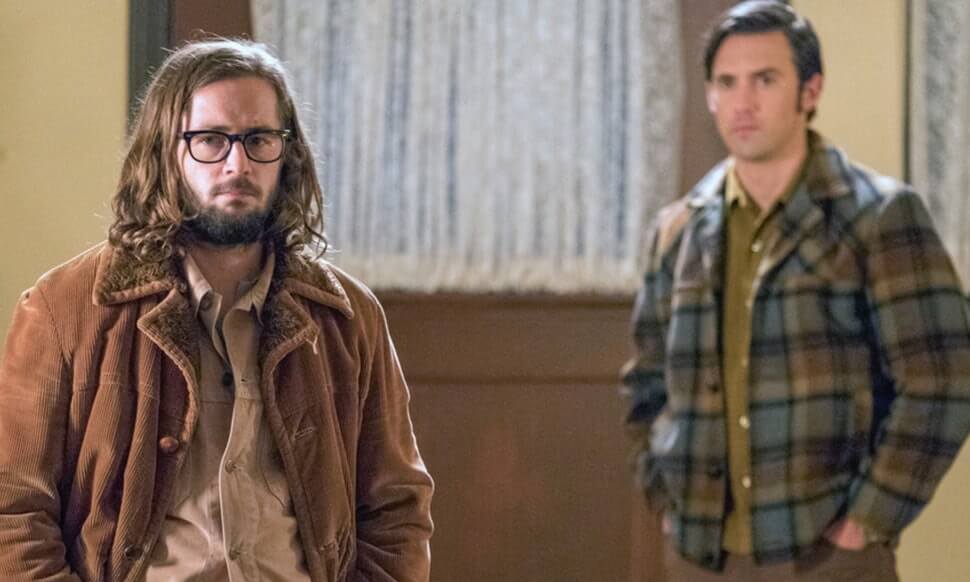 These attributes are also visible in his son, Randall Pearson. Now while Randall is ironically the youngest kid, he inherits Jack’s sacrificial nature and takes on that “elder sibling” role when it is plainly clear that elder sibling Kevin is neither up for it or prepared for it through most of their teen and adult years, and would rather drink through it all. A prime example is when Randall turns down the opportunity of a lifetime to attend Howard University (and, you know, be around other Black people for a change) to take care of his discombobulated family in the aftermath of Jack’s sudden death. It was a total elder sibling power move. And one that made me think about my own life.

Longtime readers know that my birth position in my messy jumble of a family is dicey. At first glance, I’m a middle child. By definition. With additional glances, you’d discover that I’m the “baby” girl and when it comes to birth order, I was the first kid born in about a decade. So it was like my parents didn’t like how kid one and two came out and decided to do a half-assed reboot with me (no [overt] offense to kid number one or two).

For all intents and purposes, I was seen as the eldest sibling—since kids 1 and 2 were so much older that they couldn’t be bothered. And while it is something I still very much resent to this day (like I feel all elder siblings do), it’s something I took seriously, up until a point. And it included advocating for me and my siblings. Protecting them. Sometimes putting myself in physical and emotional harm’s way for them. Being the family mediator (when eldest child duties and middle child duties collided). Getting a lot of firsts out of the way for them (particularly with college) so they didn’t have to go through that. And sometimes telling them half-truths because they weren’t yet old enough to grasp the full severity or fucked-up nature of what was going on.

I didn’t put off going to my dream school like Randall did (because I’m just not that good a person), nor do I think I would have been prepared to go to Vietnam for one of my siblings if it came down to it (because I’m REALLY not that good a person), but I did come home nearly every break. Call my younger siblings often. Help them with homework over the phone from a bajillion miles away. Call the authorities from bajillion miles away too when word got to me about something my abusive father had done or fly back just to confront him. And fall right back into that peacekeeper role when I was home on breaks and fights in my family (and versus my father) got uniquely violent.

And still. None of that ever included me gaslighting the shit out of my siblings for things I may not even have been around to see or experience (even when I was gaslighted by our even older siblings). Or exploiting their trauma for my own gain. Which is why Steven in particular stumps me so much. There’s something particularly nasty about that being Steven’s go-to method of dealing with his siblings. There’s something particularly despicable about him pretending he is the only sane one in his traumatized family and blaming any out-of-place blemish or characteristic that he displays on his family’s gross history of ~mental illness~. 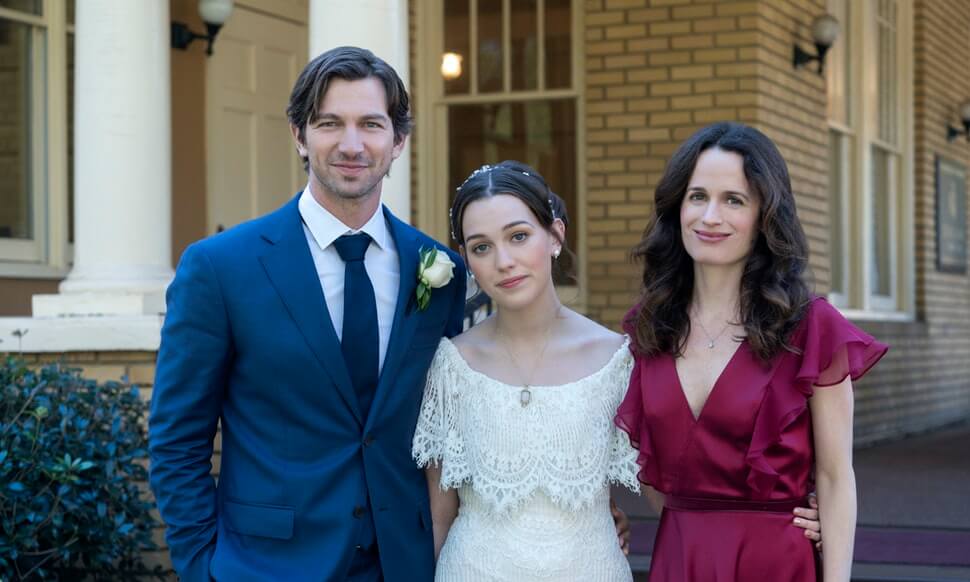 I get that, while problematic, that was probably his way of coping with said traumatic events and putting them behind him. Perhaps that was even his way of dealing with the fact that all of his other siblings being this fucked up (especially when it came to how Nell died) means that he failed as an older brother and failed to properly be there for them and protect them. And perhaps that says something about the heavy burden placed on elder siblings if and when our parents don’t properly handle their own roles. That we’re the “break in case of emergency” parents, so to speak, even though we never asked to be. Jack’s faced with this choice when his brother is called to Vietnam and he rises to the occasion. Kevin is confronted with this decision when Jack dies and he crumbles. Randall doesn’t even hesitate to answer the call instead. Steven shimmies around this responsibility when the Crain family is left without a mom and with a father who refuses to provide adequate answers. Shirley begrudgingly picks up his slack. And I eventually threw my hands up in regards to my own family, packed up, and moved to California because a bitch was tired.

If I stick with my whole “no child asks to be here” thing that I say like once a week, I could say the same about elder siblings. None of us ask for this burden. No one in their right mind would ask for such a burden. And a lot of times, I do ask if it’s fair for younger siblings or even society to ask so much of us when we didn’t have a say in what fucking order someone spat us out in.

But then the question becomes, if not us, then who?