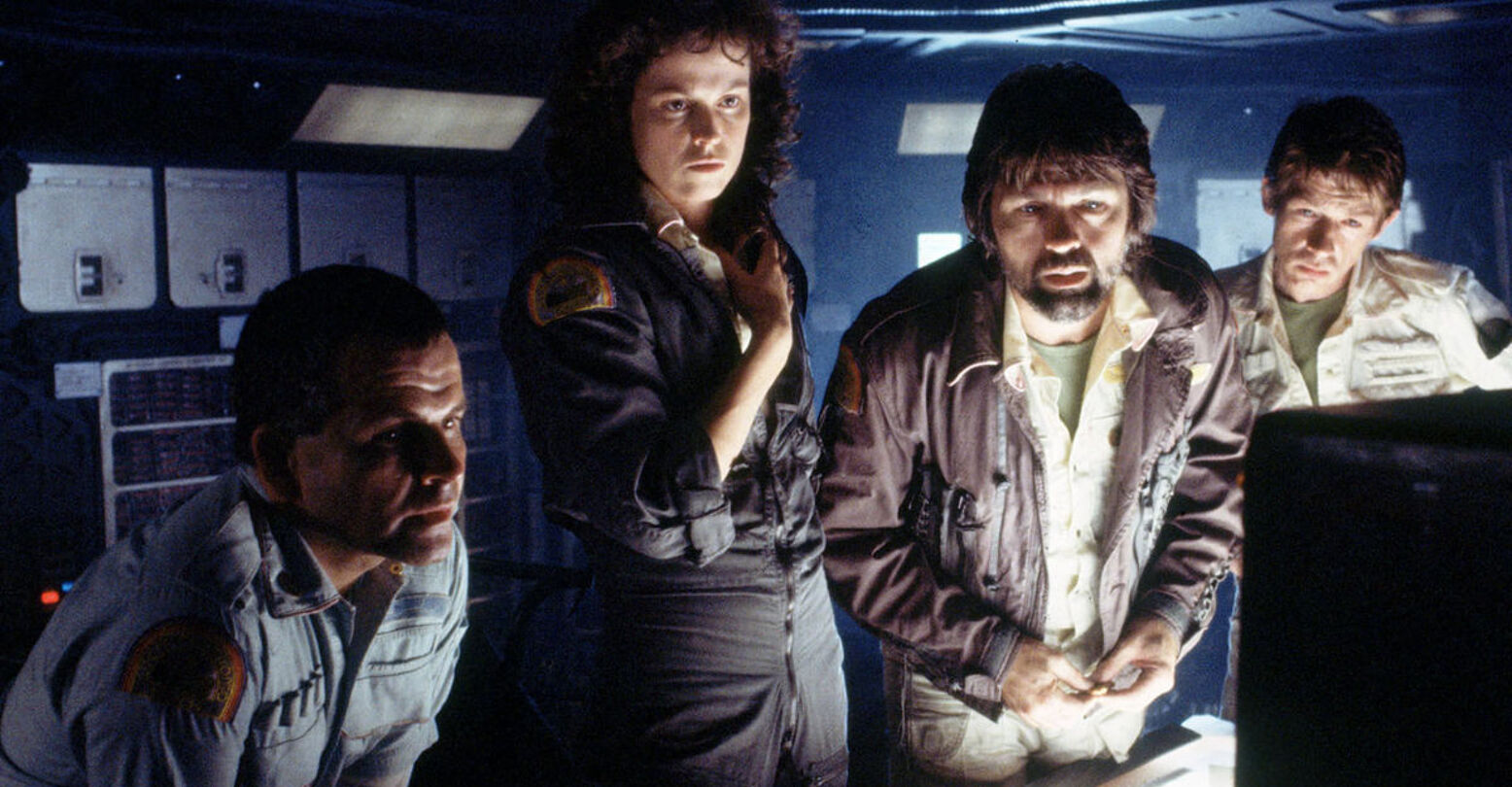 Redditors: they’re the true journalists of our age. Seriously, how would we know literally anything if not for independent media detectives obsessively watching films and then pointing out oft-overlooked details? We wouldn’t, we’d be perpetually in the dark. Thankfully, a certain Redditor has recently brought to the Internet’s attention the fact that a character from the Alien franchise–specifically the first and second films in the series–might be a canon trans character. 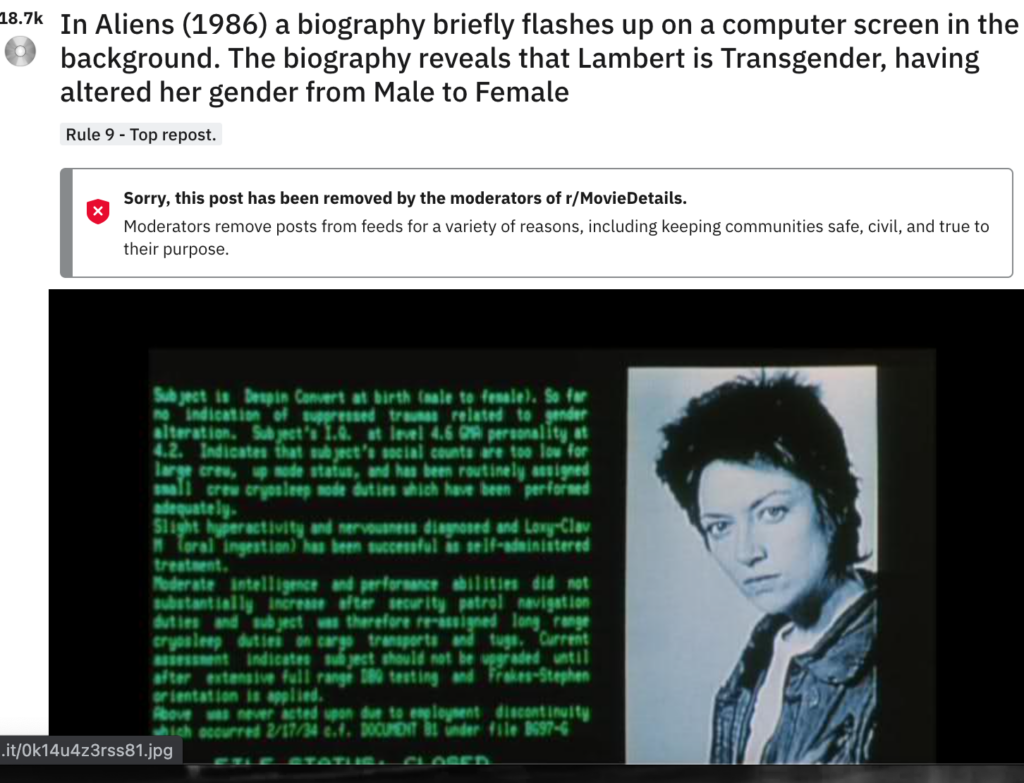 That’s right: in case you missed it, the gender is shown onscreen as “male,” yet when we meet Lambert (Veronica Cartwright) she’s presenting as female. (Of course the channel deleted the post, because we can never have anything nice.)

It’s never gone into in any depth, but the assumption on the part of fans is that Lambert transitioned before joining the crew on the USCSS Nostromo. That said, there’s more to the story: Redditors pointed out that in the glimpse of information we get about Lambert, there’s an intimation that the film takes place in a future where parents can change or “design” their child’s gender at birth. So Lambert’s transness might not have much of a relationship to the way it exists in our world–the film takes place in 2122, after all, exactly 100 years from now. The theory—- now canon — made the rounds on Twitter, exciting members of the community who find themselves at the intersection of transness and being obsessed with Alien (all of us. That’s all of us.)

ICYMI: In Aliens (1986) a biography briefly flashes up on a computer screen for Joan Lambert, the Nostromo’s navigator, that indicates that Lambert is canonically trans. #transtwitter #TransIsBeautiful https://t.co/h9uLqoGCIZ

TIL that the character Joan Lambert (played by Veronica Cartwright) in “Alien” was born in Ontario and was trans. pic.twitter.com/8XLHUmMN1N

Even more delightful is the fact that Sigourney Weaver’s character Ripley has long been the subject of her own meme:

The best thing about the trans meme with Sigourney Weaver is that there’s an actually transgender character in Alien – Joan Lambert. pic.twitter.com/04XgnbhWQ8

Whatever way you look at it, Alien is a trans-as-f*ck movie and there’s a reason we all love it so much.