Whether he’s impressing fans in the likes of White Collar or getting them hot under the collar in Magic Mike, the sun has always shone bright on Matt Bomer’s career. Gifted with the looks of an Adonis and with talent to match, the openly gay actor was showered with praise for his role in The Normal Heart, winning a Golden Globe in the process.

However, it’s the next stop in his whirlwind career that might prove to be Bomer’s most popular yet, balancing comedy with heartache as a lonely gay weatherman in Papi Chulo.

We first meet Bomer’s character reporting on the heatwave that’s spreading across L.A. Just like the heat continues to rise in the city, so too does the turmoil that bubbles away underneath until all of a sudden, Sean breaks down on camera and is subsequently forced to take a sabbatical.

Six months have passed since his relationship ended and now that he finds himself with too much time on his hands, Sean decides to stave off loneliness by befriending a Mexican worker called Ernesto (Alejandro Patino) who he hires to paint his deck. As L.A. continues to heat up, romantic feelings are ignited too, despite the language barrier and despite the fact that Ernesto is happily married to a woman as well. 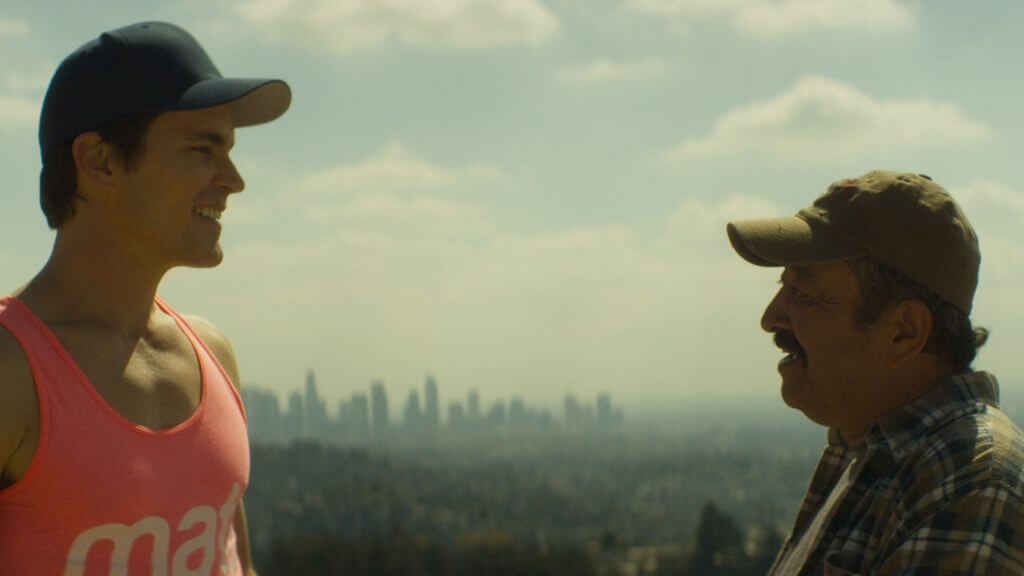 After finding success with the gay coming of age movie Handsome Devil, Irish director John Butler uses the relationship that develops between Sean and Ernesto to earnestly explore socio-economic divides in Papi Chulo. Given that such issues are particularly pertinent in America right now and that Butler himself is an outsider looking in, plenty could have gone wrong here.

Fortunately, Papi Chulo avoids such pitfalls for the most part and a that’s mostly down to the two central performances that beat at the heart of this film. Both Bomer and Patino imbue what could have been a generic odd couple with the kind of pathos needed to balance the humor and drama of their unique and decidedly odd situation.

It’s not long before Ernesto is taken away from the deck to hike in the hills and even rowboats with his newfound employer. It soon becomes clear to him that Sean is gay and looking for companionship, yet Ernesto still accepts his newfound friend, despite how unconventional their relationship might be. In one of the film’s most memorable scenes, the two men even end up performing their own rendition of Madonna’s “Borderline” in the back of an Uber together. 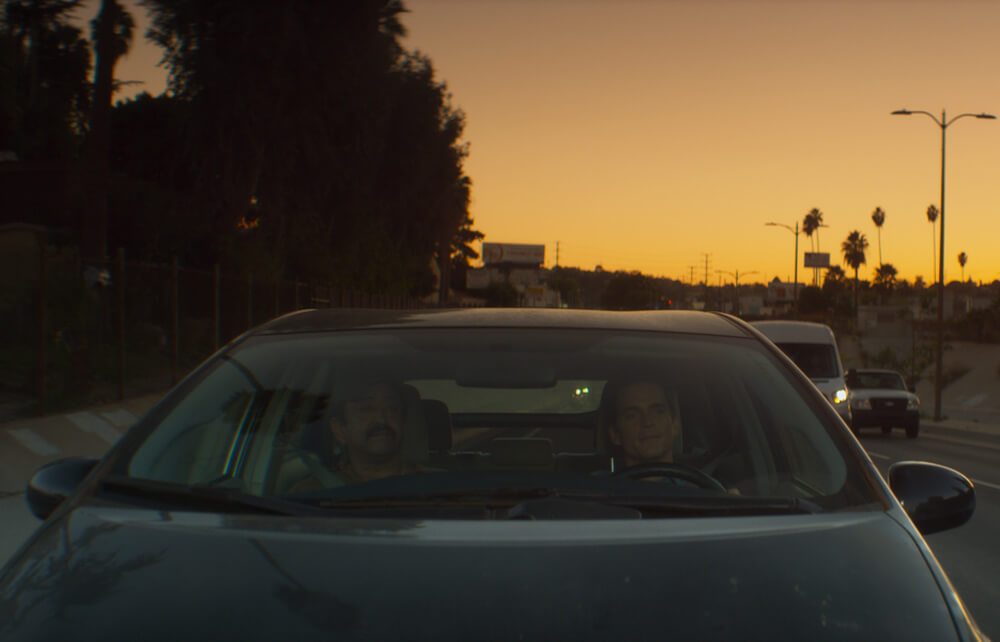 Although “Papi Chulo” is slang for “sexy stud” or “hunk,” Butler’s film doesn’t push Bomer’s good looks to the forefront for just purely aesthetic purposes. That chiseled jawline and those perfect teeth have sometimes hindered Bomer in the past, distracting audiences from his work, but here, his handsome features are utterly disarming.

Holding his heart firmly on his sleeve, Bomer gives one of his best performances yet in Papi Chulo, fighting to contain Sean’s pain and desperation which is clearly visible just under the surface: “These days, all I hear is lonely animals crying out. They’re so lonely. It was making me loco.” Awkward and sweet, strange, yet endearing, Bomer’s work here is hilarious and heartbreaking in equal measure. If Bomer deserves to break out it’s this one, particularly as it’s still so rare to see an openly gay man play an openly gay character.

Butler’s screenplay doesn’t hammer this point home though. In fact, Papi Chulo is the rare film that treats homosexuality as completely normal without sensationalizing Sean’s sexual preferences in any way. By honing in on specific demographics and connecting them together, Butler tells a far more universal story instead, tapping into a kind of pain that’s all too relatable, regardless of your ethnicity or sexual orientation. 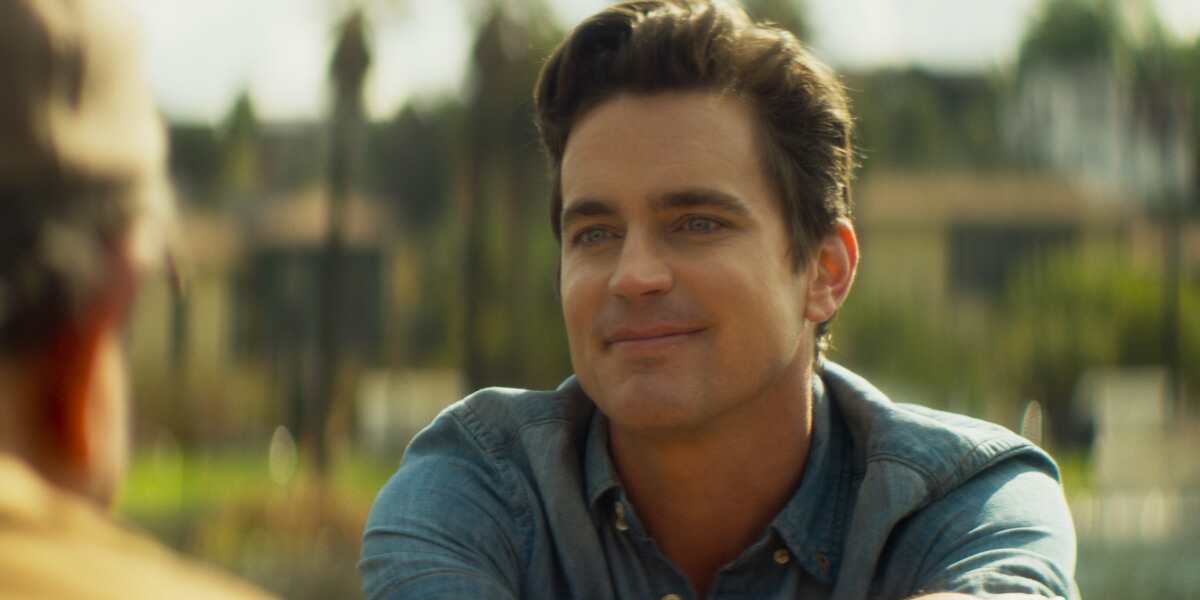 To say much more would spoil the surprising and ultimately beautiful direction that Papi Chulo takes, but this isn’t to say that Butler has crafted the perfect film. Thanks in large part to Bomer and Patino, the central relationship doesn’t come across as too creepy, but that’s because Sean’s story is prioritized over Ernesto’s. From his perspective, Sean’s almost obsessive, stalkerish behavior could have actually been rather frightening, crossing the kind of borderlines that the pair drunkenly enjoy singing about in that aforementioned Uber.

We never learn much about Ernesto’s own circumstances, aside from the fact that he’s afraid of immigration officers and that he’s clearly desperate for work. However, Butler still does his best to avoid the kind of intolerant cliches that could have dragged this film down by switching them on their head. In Papi Chulo, it’s the immigrant who ends up saving the white man at the end, thus reversing the savior complex that so often typifies these kinds of interactions.

While it might be too early to forecast the film’s success, Papi Chulo hides more depth than your standard sexy stud or hunk, much like Bomer himself. Whatever happens though, we can guarantee that both he and Patino too will continue to be showered with praise moving forward, come rain or shine.

Papi Chulo will be released in US cinemas on March 8, 2019